Perfectly timed for this year’s British Airways 100th anniversary celebrations is a new book by celebrated author Graham M Simons looking at the history of one of its most important foundation blocks, BOAC.

The British Overseas Airways Corporation – A History comes at a time when this airline’s familiar livery of the 1960s and 70s has just been applied to one of British Airways’ Boeing 747-400 aircraft as just one of the retro schemes to be brought back to life as part of the #ba100 centenary.

The History of BOAC Those familiar with British politics will know how unusual it is for the Conservative Party to nationalise a company, but that is what happened at the formation of BOAC. It was formed during the Second World War, initially helping to keep Britain moving and supporting the war effort through air travel.

The airline was mired in Government interference, but lived through a time of immense change in the country following the end of conflict. It existed to provide air service to the far flung corners of the British Empire, but also lived through the independence of many of these colonies.

BOAC also existed as major advancements were made in aircraft designs, which saw it initially operate wartime aircraft (often surplus aircraft converted into passenger use), and types that seemed quite experimental and would not go on to mass commercial success.

In its final years, the government relented on rules about buying foreign aircraft and saw BOAC flying Douglas DC-7, Lockheed Constellation and Boeing 707 and 747 types. 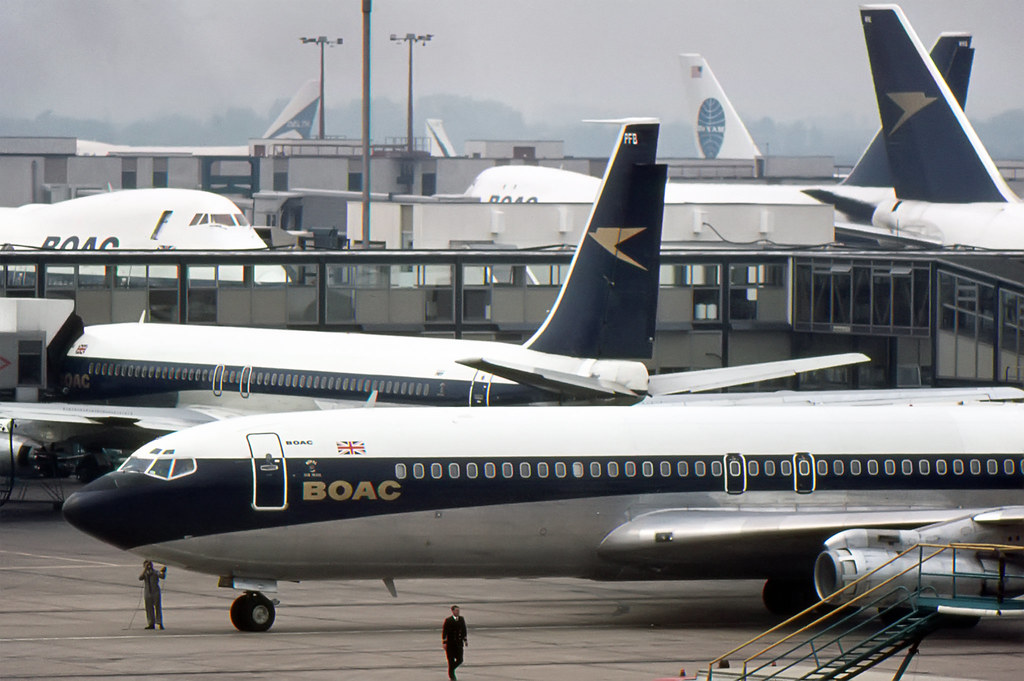 This book is an impressive tome charting the rise and fall of this airline which seems so familiar in the history of air travel, yet only existed from the 1940s to 1974, when it was merged with British European Airways (BEA) to form what we now know as British Airways.

Over twelve chapters the book looks into the predecessors and origins of the airline, through the war years and early development, its interests in other carriers like QANTAS, the entry into the jet age and introduction of the 747, its early involvement in Concorde, and ultimately the transition into British Airways.

One chapter deals with that most iconic of British aircraft, the Vickers VC10. The government was keen for an airliner ‘sufficiently flexible to meet their requirements and command a ready sale in world markets’ to go alongside its controversial order for the Boeing 707. It adds ‘As soon as a satisfactory specificaton has been agreed, BOAC will place an order.’

This is what happened and, while the VC10 was not a commercial success, it became an aircraft loved by passengers and enthusiasts on which the BOAC livery and its exotic ‘hot-and-high’ route network really suited. A BOAC VC10 preserved at Duxford.

This book is packed full of archive images for important events, aircraft and the airline’s operations. It includes images of promotional material and incredibly well-researched detail in an easy-to-read style.

The appendices at the rear cover important facts and figures, including lists of BOAC’s chairmen and board members, and a fleet list with aircraft names (something BOAC was proud of). The British Overseas Airways Corporation by Graham M. Simmons is published through Air World, a part of Pen & Sword.

It is available now priced £30 (hard back) from Pen & Sword or Amazon.