Spotters have long flocked to Miami for a variety of reasons. Aside from the pleasant weather year-round, the airport has long been the primary US hub for flights to Latin America, which traditionally brought in a variety of exotic airlines and aircraft. Whilst older types and prop airliners are rarer these days, Miami still presents and interesting mix of carriers, and has a large cargo operation which also brings in airlines aside from the usual FedEx, DHL and UPS seen at most other US airports. Miami is a major hub for American Airlines. 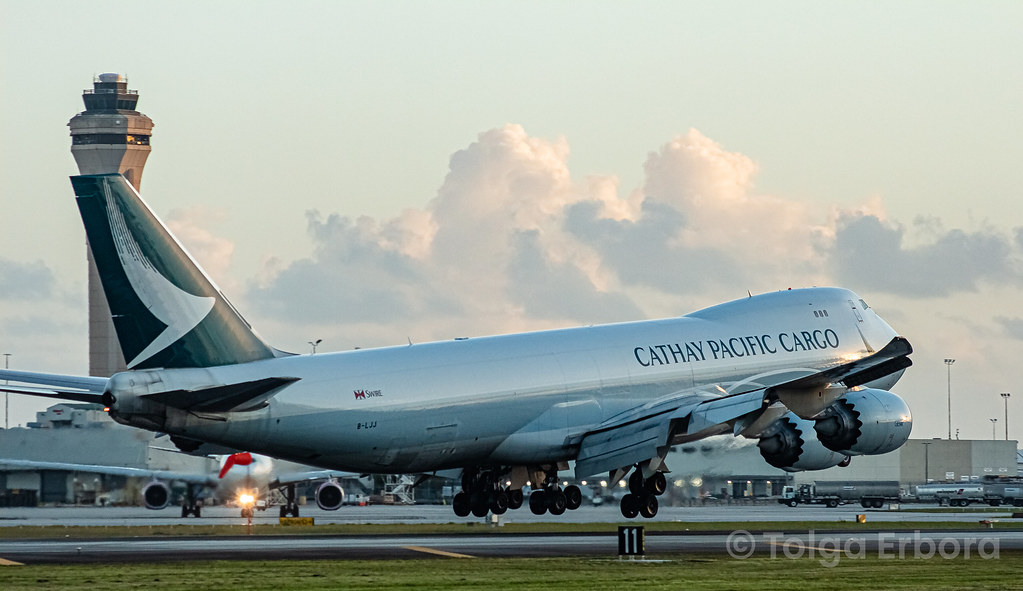 1. Western Boundary
A spot on the western side of the airport is popular with photographers, and the airport authorities have even created holes in the fence to make photography a little easier. This spot is ideal for arrivals on runways 08L/R and runway 30 departures. To reach it from the 826N Expressway, exit onto NW 25th St and drive towards the airport fence.

There’s a spot on the southern perimeter close to the threshold of runway 09. It is good for arrival shots, and watching aircraft depart this runway, which is often used by cargo carriers and arrivals from South America. To reach the spot, head south on Millam Dairy Rd which passes close to the spot above. Turn east onto NW12th St. At the next lights, turn left onto NW 72nd Ave near the El Dorado furniture store and follow to the end.

NW 22nd St, which runs into NW 62nd Ave, runs past some of the cargo aprons on the western side of the airport, allowing you to log aircraft that might not be visible from elsewhere. You can also see the cross runway. It’s not advisable to hang around here too long. Similarly NW 68th Ave also runs to a point where cargo aircraft and the southern runway can be seen.

A good hotel for views over the southern half of the airport, particularly when runways 27 or 30 are in use. Aircraft on the northern runways are a little difficult to see. Ask for a high room facing the airport. Executive double rooms with balconies offer the best views. Lately mesh has been added to the balconies which restricts photography.

The best hotel for in-room spotting at Miami. High rooms facing the airport overlook the 08/26 runways and northern airport. All movements can be seen, but those on the southern part of the airport may need a SBS or flight tracking site to tie up. Miami is a major hub airport, particularly for American Airlines, who make up a large proportion of movements from its mainline, long-haul and regional fleets.

Miami has also traditionally been a gateway to Latin America. Interesting airlines currently flying to Miami include:

Additionally, there are a lot of interesting cargo carriers using Miami Airport, including: Hi Matt,
For spot 1, landings and departures on runway 12 are excellent. Aircraft taxiing to depart 08R often unfortunately due to a dip in the taxiway, the lower half of the wheels can be hidden.

[…] Lauderdale is a growing airport located in the sun of southern Florida. While Miami might have a better mix of traffic, FLL is by no means quiet. This location atop the parking […]

[…] Lauderdale is a growing airport located in the sun of southern Florida. While Miami might have a better mix of traffic, FLL is by no means quiet. This location atop the parking […]