Once so common, the chance to watch a classic Boeing 727 aircraft in action are now fairly limited.

According to our Last Chance to Fly book, the only opportunities to fly on a 727 in active passenger service is with Iran Aseman Airlines operating domestic routes within Iran, but this may change in the near future as newer aircraft replaces these ageing jets.

So, with that in mind here are some of the airports where you can still see active Boeing 727s at. 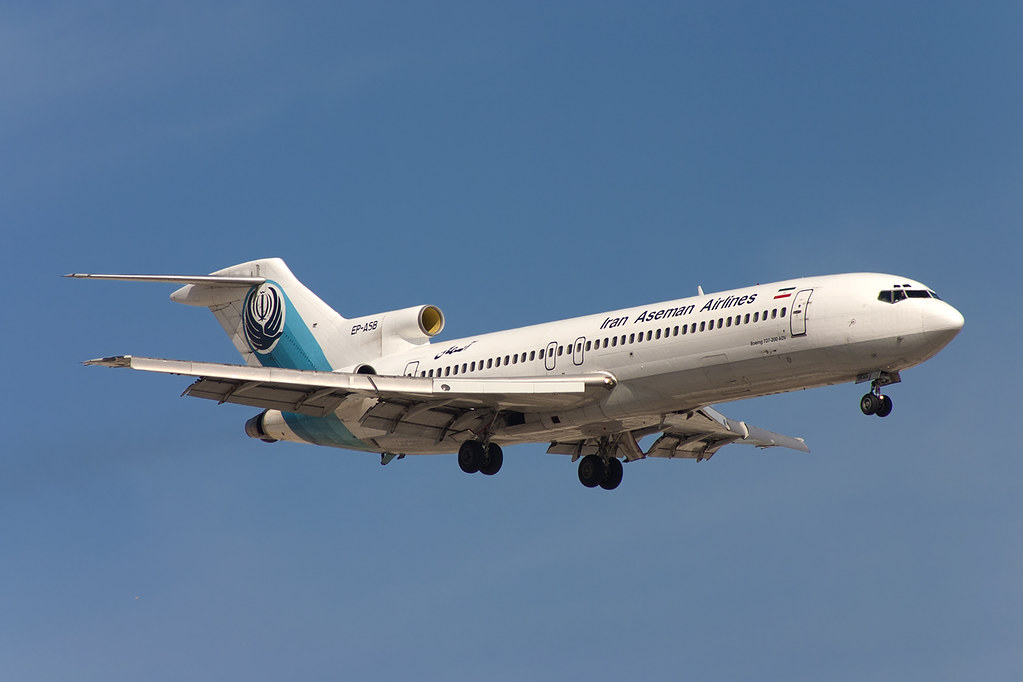 As mentioned above, Iran Aseman is one of the last chances to fly the Boeing 727 in passenger service. 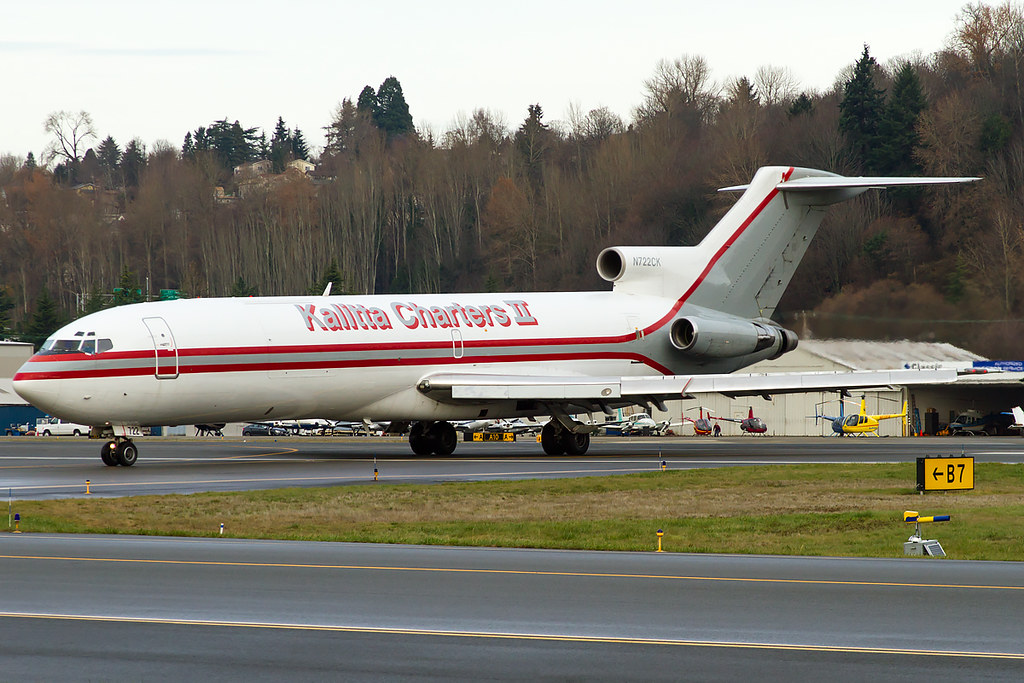 Home to Kalitta Charters, who still operate a number of Boeing 727 freighters. Whilst they are often out and about all over the country, their base is here and therefore you’re more likely to see at least one. The northern England airport is home to 2Excel Aviation which has two Boeing 727s outfitted as oil spray response aircraft (and are also capable of cargo roles). They are often parked outside here, or seen operating. 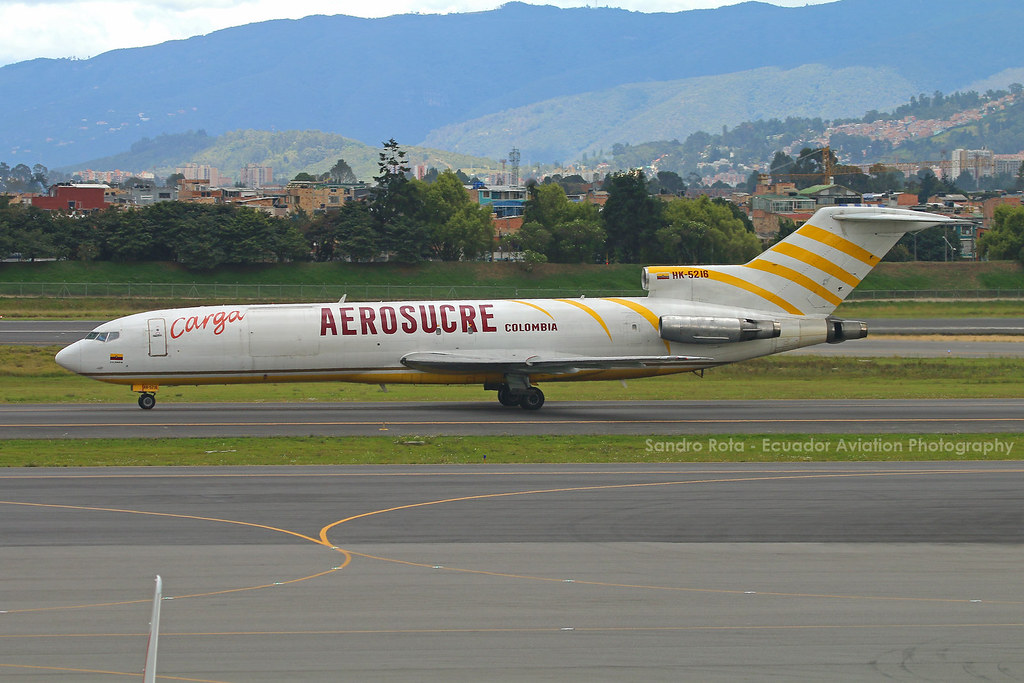 Bogota is still a hub of older jets. Cargo carrier Aerosucre flies the Boeing 727 (and tragically lost one in a crash recently) out of Bogota to domestic and regional destinations. The Colombian Air Force also operates one or two 727s on government flights.

Total Linhas Aereas is a cargo airline based at Belo Horizonte in Brazil. It has a fleet of Boeing 727s still very active in the region.

10 of the Best Camera Lenses for Aviation Photography

There is also M-FTOH sitting at Kemble.

VP-CMN is also there, but only the fuselage is left.

Best to visit by the North Gate from the A433.

You issed Hamilton Ontario (YHM). We have 3 active B-727-200’s of CargoJet based here and other like IFL Group, Kalitta, USA Jet Airlines coming in quite often.

We also have a cargo 727 I believe that flies out of yxu , London Ontario.Im not sure but it could be from Purolator.

Isn’t Miami in this list ? Too bad, as I will regularly go there starting in a few months…

The list isn’t exclusive Dom, so I’d love to know if you find many 727s on your visits to Miami. Send us some pictures or a report!
Matt

Il will let you know indeed. Beginning of my layovers in MIA on next June. 😉

If you are lucky at the MMMX Airport in Mexico City, you can still see the ones used by the Federal Police. Currently they have 3 Ex-Mexicana 727-264 Adv. They are still used to transport police and operations personnel, as well as transport goods and equipment to remote locations within the country. The operations of these equipment are limited due to the high operating costs. In 2016, the three units that the Mexican Air Force had (F.A.M.) were derelicted. One was donated to a university, one remain in static display at (BAM-1) at Santa Lucia, and the third one was scrapped for fire fighting drills.

You can also see the LAS (Lineas Aereas Suramericanas) and Colombian Air Force 727s in Bogota and around Colombia.
Both the Aerosucre and LAS 727 fly every week to Quito, Ecuador (SEQM) where you can also spot them. Again in Ecuador it is possible to spot the FAE Ecuadorian Air Force 727, specially at Latacunga SELT and Guayaquil SEGU.
Around the Middle East you can see a freighter one in Ras al Kaimah, flying cargo runs to Djibouti and Yemen.

Pontiac has Super 27s of IFL’s.
Toledo has a B-727 of Interjet West’s.
Brownsville, McAllen, and El Paso sometimes have them; Laredo often does.

The President of Burkina Faso has a B-727 at Ouagadougou.

David, I used to work on VP-CMN when I was a young mechanic out of San Antonio. That aircraft has some stories to tell….If you ever get pix of what is left I would be very interested in seeing them.