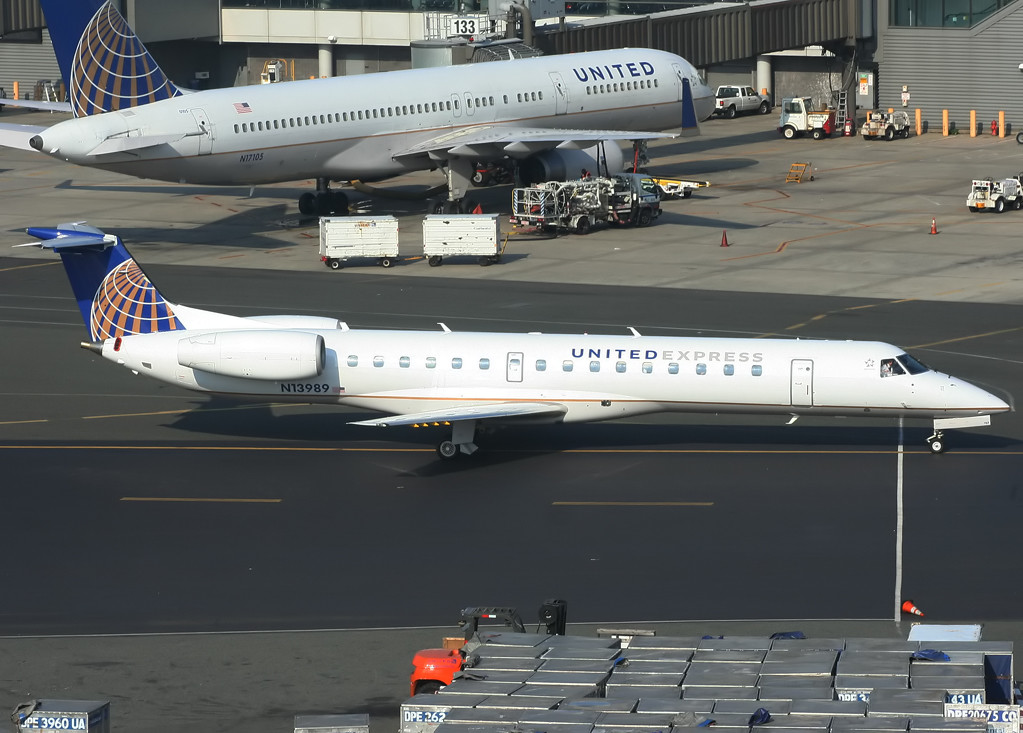 Situated in New Jersey, but within sight of Manhattan and downtown New York City, Newark is one of the three main gateways to the city.

It is a major hub for United Airlines (inherited from its merger with Continental Airlines), as well as FedEx Express.

Newark has long-haul links to Asia and Europe by most of the major airlines of the world, and is a busy hub for regional fleets working up and down the Eastern Seaboard.

The Marriott hotel at the centre of the airport’s terminal complex has good views from its upper rooms.

A good spotting location is from the parking lot of the nearby IKEA superstore to the south east of the airport, however you may be moved on by staff. Teterboro Airport has carved a niche for itself in providing convenient access to New York City for users of executive aircraft without the congestion of JFK, La Guardia or Newark airports. Thus, this is the place to come to spot biz jets when in the New York area. The interesting airport also handles a lot of general aviation traffic. Security often stops spotters at Teterboro, but are usually familiar with the hobby. It is beneficial to have the use of a car at this airport, as the most fruitful spotting is usually from doing a tour of the perimeter.

Industrial Ave leads from Route 46 along the length of the airport’s western parking aprons, which are the main areas for biz jets. Walking or driving along this road should allow you to log plenty of parked aircraft. Take care when taking photographs through the fence as security are likely to question you. One of the older airports in New York, La Guardia is now primarily a domestic airport with some international links to Canada etc. For the non-local, La Guardia will be a haven for the domestic fleets of America’s major airlines which fly in and out in a steady stream to the cramped waterside airport.

Because of its struggle for space, La Guardia is undergoing a major reconstruction process which will see more space added and new terminal buildings.

Planeview Park is a great spot for watching arrivals on runway 4 and departures from runway 22. The park has benches and partial views of aircraft on the ground. You can reach it from Grand Central Parkway.

The Courtyard New York LaGuardia has high rooms looking over the airport from where most movements can easily be logged. Way out on Long Island, some 60 miles east of Manhattan, is MacArthurt Airport in the city of Islip. It has four runways in a cross pattern, with a passenger terminal along the southern side. To its west are some busy general aviation areas.

For the visitor, a drive around the roads linking to the GA areas off Schaefer Drive and Smithtown Ave will yield many of the parked aircraft based here, whilst the car parking areas outside the terminal have limited views of airliner movements. JFK is possibly the best-known airport in the USA, given its long association as the gateway to New York City. It is a large and confusing jumble of terminals, runways and parking areas. It is difficult to keep an eye on everything, or find a spot where all movements can be monitored, with it often being easier to be flying through the airport where a departure lounge at least offers windows over the action. Wherever you choose, the variety and intensity of movements at peak periods make any logs worth it.

The main carriers at JFK are American Airlines, British Airways, Delta Air Lines, JetBlue Airways and United Airlines. It also handles major airlines from every corner of the globe.

Bayswater Park is a good place to monitor and photograph aircraft arrivals and departures on runways 04L, 04R and 31L. To find this spot, head for Mott Avenue in the residential district to the south of the airport and find the park at the end.

Alternately you can get limited views from the roadside areas around the terminals.

[Read our guide: Where to Spot at New York JFK]

The airport, which has two runways, is also a mini cargo hub with flights by FedEx Express and UPS Airlines. There is a Cessna Citation servicing centre here, too.

It is planned to turn Newburgh Stewart into more of a gateway to New York over the coming years, with a new terminal, control tower, and link to the Metro North. So, expect to see its stature rise. 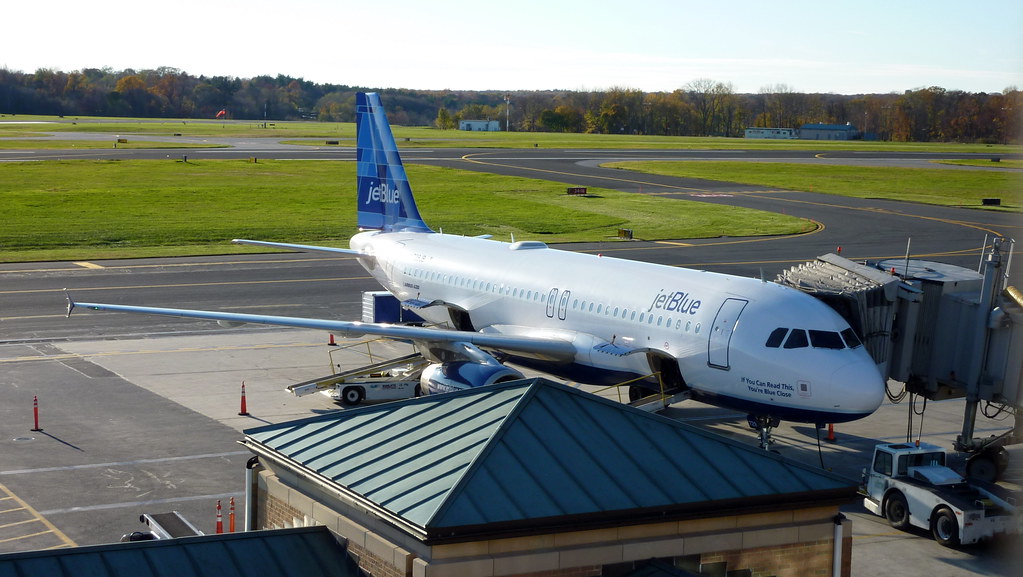 Close to New York’s border with Connecticut, in the city of White Plains, Westchester County airport is a small regional facility with a small, yet modern, terminal. Daily flights are offered by American Eagle, Cape Air, Delta Connection, JetBlue and United Express.

It is also a busy airport for executive jet movements.

There is a small viewing area in the terminal which overlooks the airliner parking ramps, the main runway, and across to the GA area. The FBO ramps, where biz jets park up, are partially in view.