With the advent of modern twin-jets, older four-engine long-haul aircraft like the Airbus A340 and Boeing 747 are becoming a thing of the past.

Airbus is doing well with its A330 and new A350 products, and so older A340s which cost more to operate are being retired by airlines around the world.

There are still chances to fly on the A340, however. Here are 8 airlines still flying the type. The French national carrier was the largest operator of the type, but has been actively reducing its fleet over recent years. Their examples are flying regularly to the Americas out of Paris at the time of writing, but four are expected to join the new airline Joon in 2018. Iberia flies its A340-600s from Madrid to destinations in North and South America, the Far East, and also a daily flight to London Heathrow. It has now retired its older -300 examples. Lufthansa has a small fleet of A340-300s remaining in service, and also bases its large A340-600 fleet at Munich airport, operating long-haul routes to Asia and the Americas. A number of aircraft have been stored recently, and with new A350-900s coming into to replace them, the A340’s days in Germany are numbered. One of Iran’s main airlines, Mahan Air operates both A340-300s and -600s, having taken a number of second hand aircraft. They are based at Tehran and operate the airline’s longer services to Europe and Asia. South African Airways sees the A340 as their flagship long-haul aircraft. As well as routes to Europe, Australia and the Americas, it is also sometimes possible to fly it on the Johannesburg-Cape Town route. It operates both the -300 and -600 variant. By Paul Spijkers [GFDL or GFDL], via Wikimedia Commons

Based at Paramaribo in South America, Surinam Airways operates a single Airbus A340-300, PZ-TCR, for its transatlantic link to Amsterdam Schiphol. It wears a bright colour scheme. Virgin Atlantic has operated both A340-300 and -600 models in the past, but only the -600s remain. They fly long-haul services from London Heathrow, but are being replaced by Boeing 787-9 Dreamliners. So catch one while you can!

To find out how which airlines still fly the A340, as well as many other rarer and historic aircraft types, get a copy of our book Last Chance to Fly. 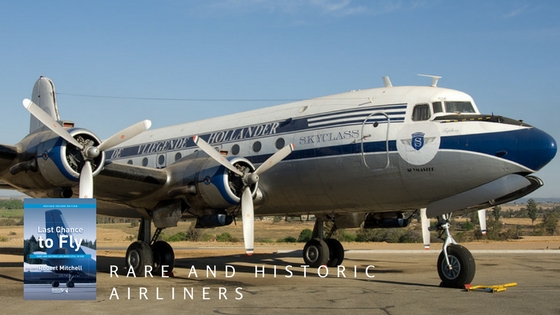 And SAS and Qatar.

Once you’re inside an aircraft, with the exception of maybe Concorde, the thrill is gone. A-340 on takeoff the engines sound like hair dryers. Not exactly a reason to re-book a flight.