You can’t escape to have noticed the fact that British Airways (along with many other airlines) has retired its Boeing 747-400 fleet.

Following the widespread grounding or airline fleets amid the Covid-19 downturn saw the airline’s 747 fleet grounded from March this year. (

It was followed up by the gradual relocation of the fleet initially to storage locations in Bournemouth, Cardiff and London Heathrow, to final scrapping locations like Ciudad Real, Kemble Cotswold, St Athan and Teruel.

One aircraft, G-CIVW, was recently delivered to Dunsfold Aerodrome in Surrey to be preserved as a film prop (there’s already a Boeing 747-200 and Vickers VC10 there, but both may be scrapped or moved in the near future).

Another, G-CIVB in the Negus retro livery, is also possibly going to be preserved at Kemble.

Keep an eye on our list of where the British Airways Boeing 747s are located.

In late September I took a road trip to visit some of these British storage airports to see the BA 747 fleet in their final moments, including the iconic retro livery aircraft.

Here are some of the pictures I took that day. 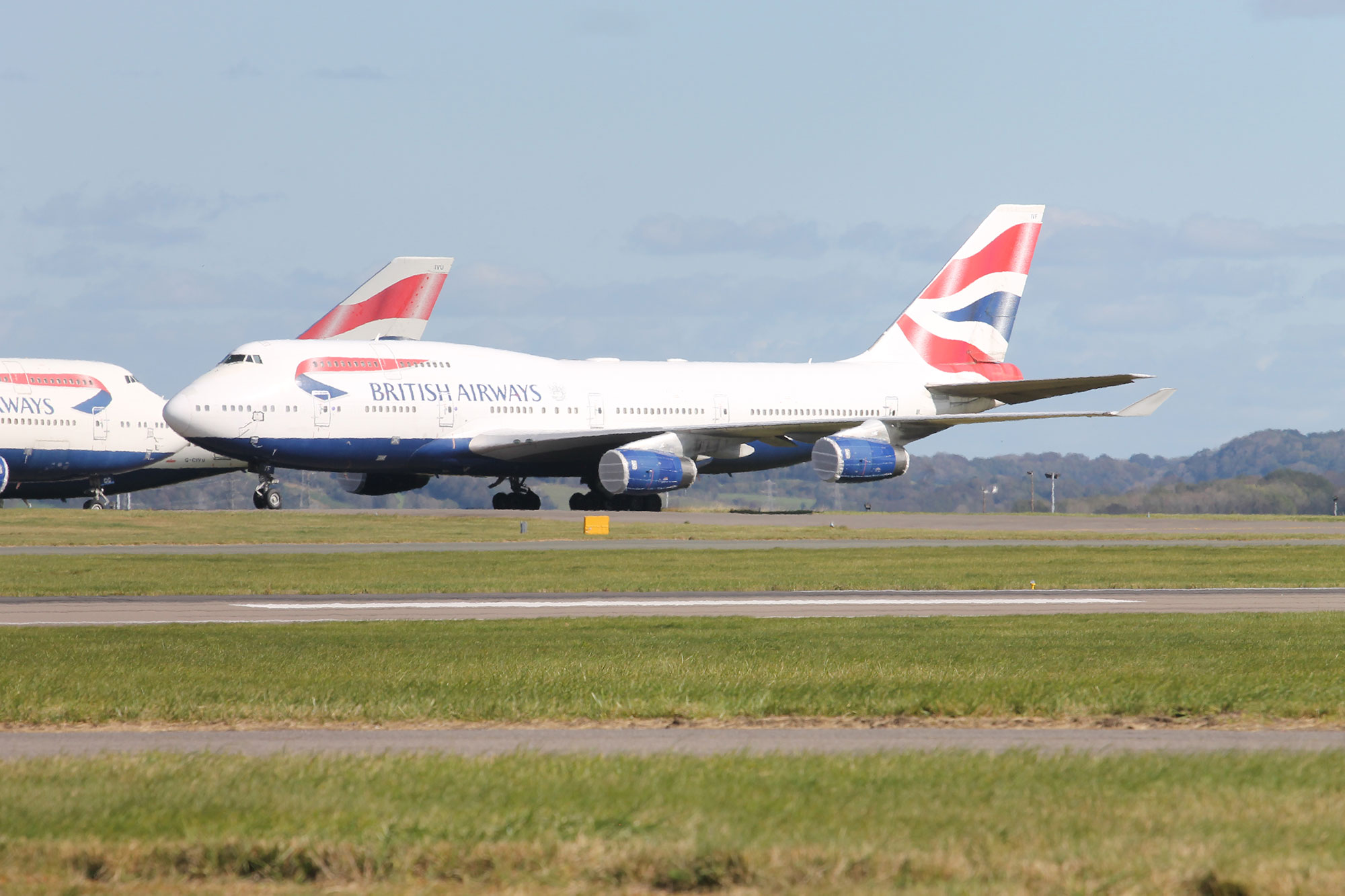 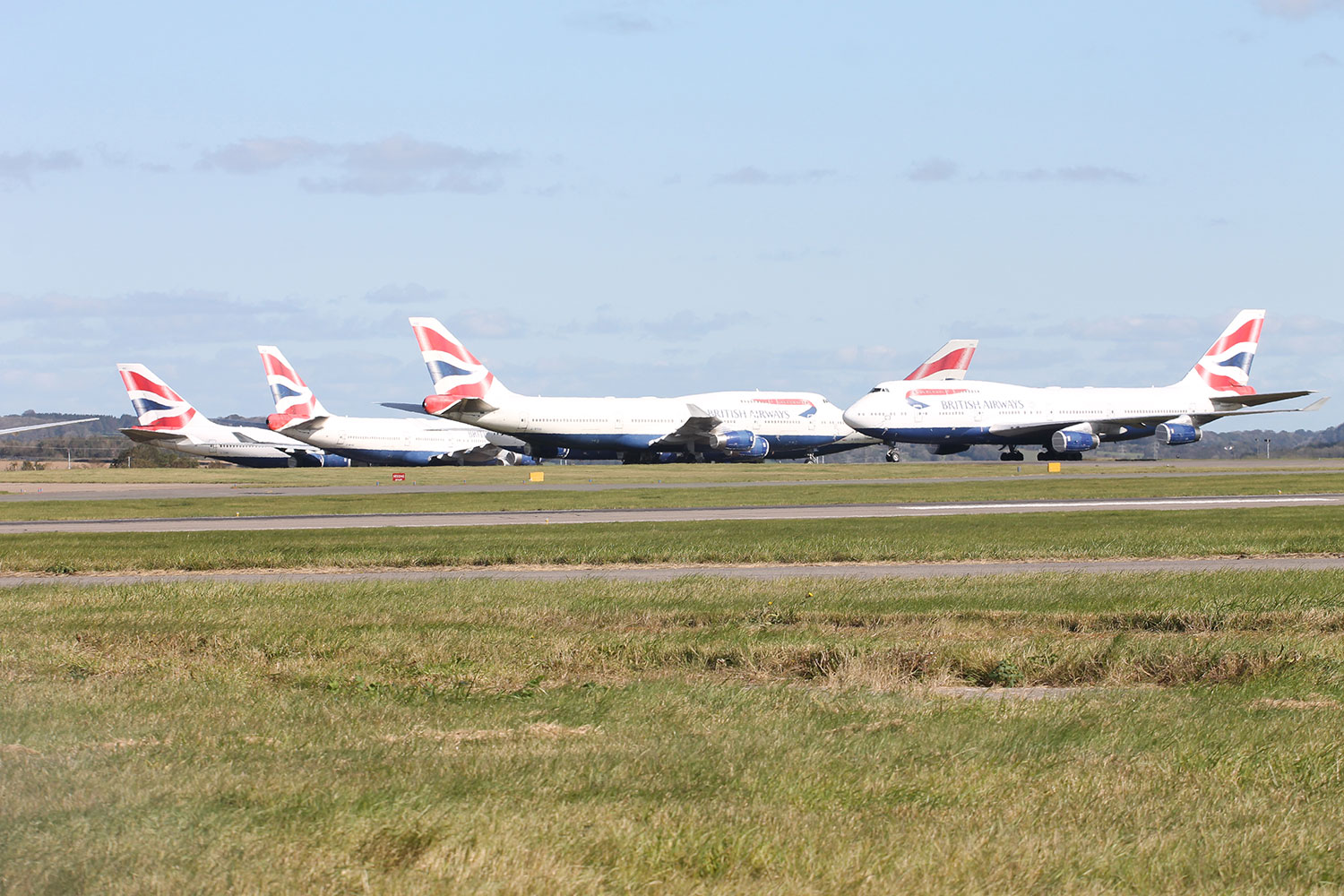 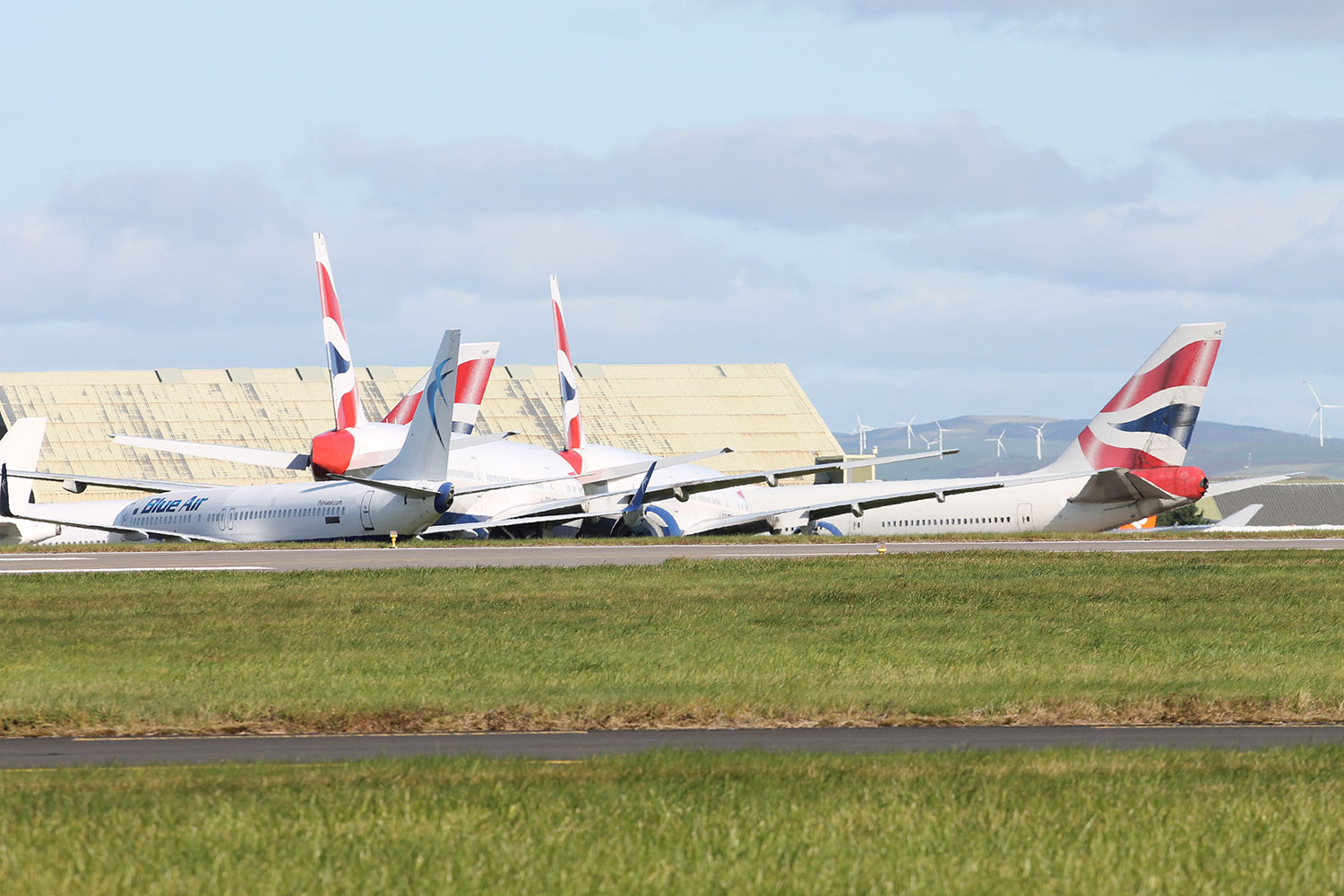 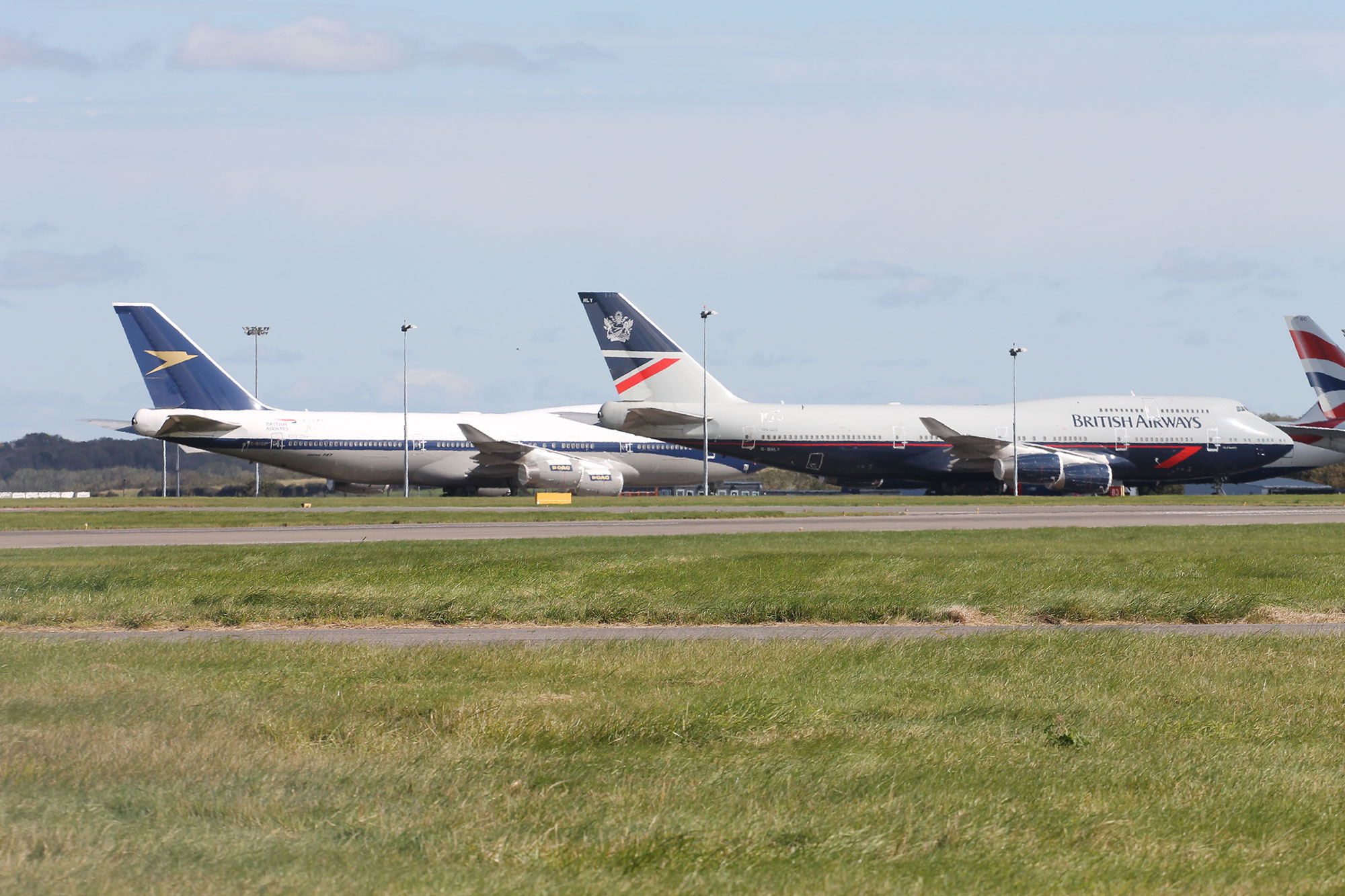 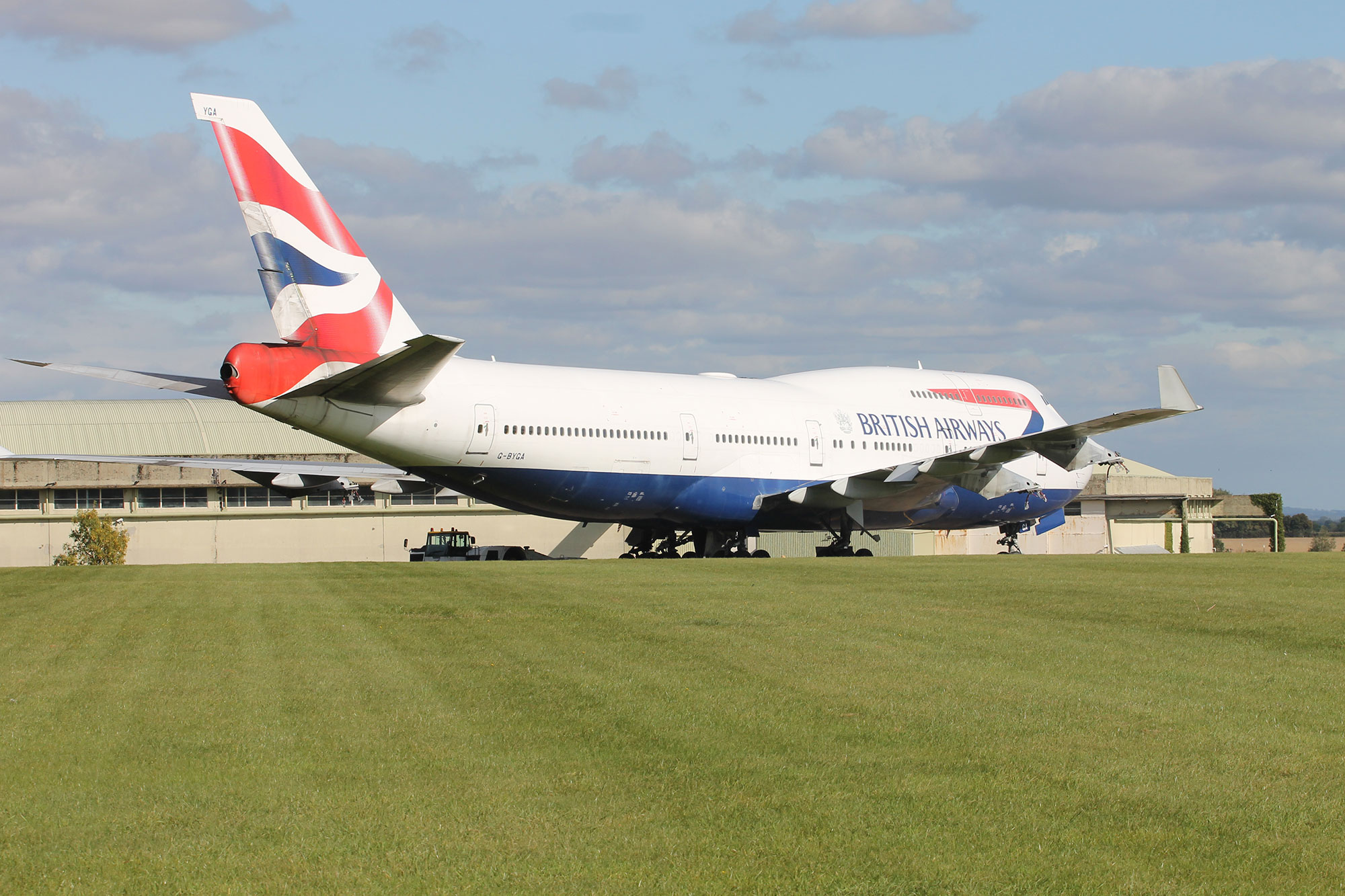 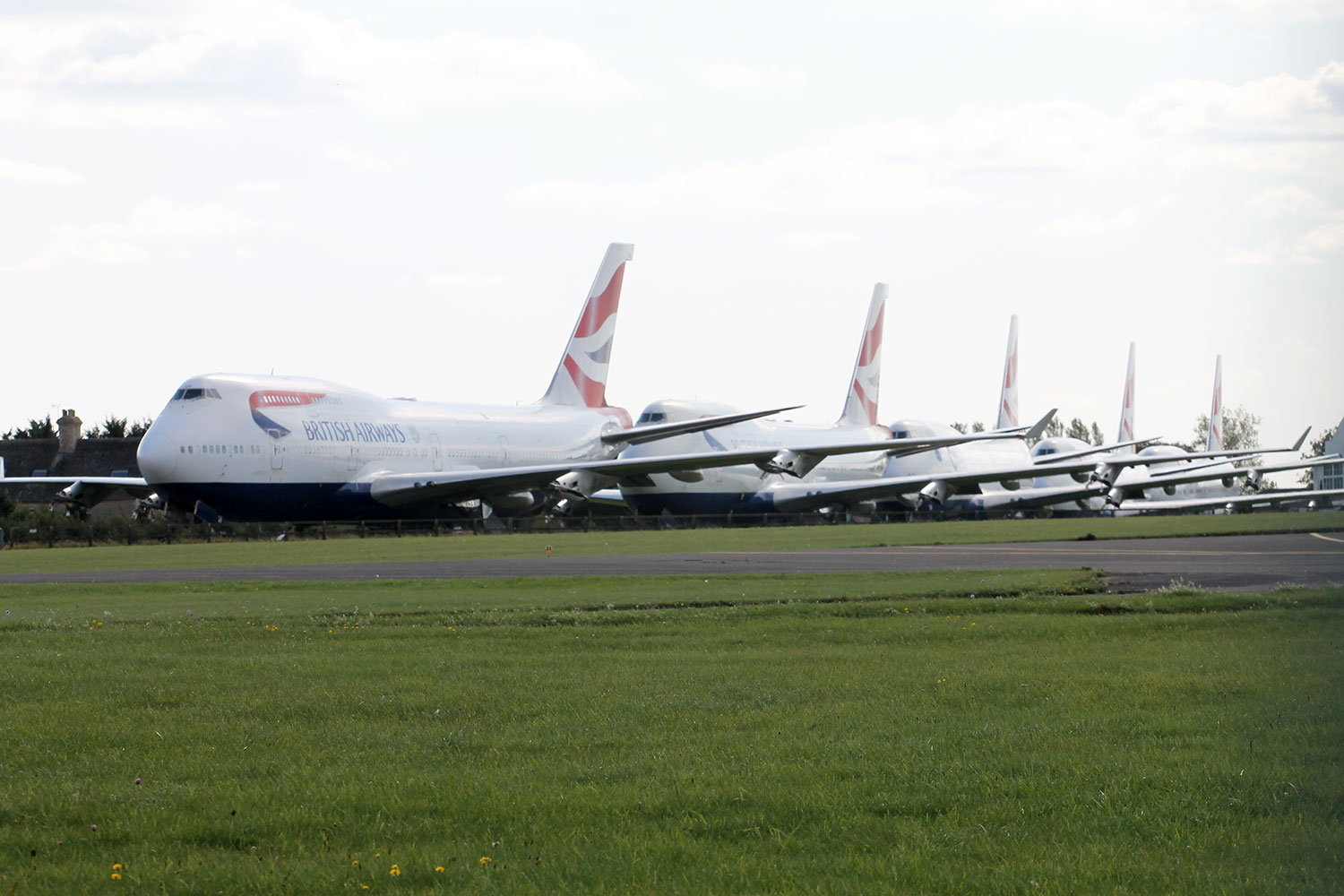 BA 747s lined up at Kemble. Negus livery G-CIVB has arrived since this photo was taken.

It’s sad they’re being retired, I was hoping to see some more. I was lucky a few weeks ago to see some carrying cargo at East Midlands Airport. I don’t have a website, I just really wanted to comment ☺️

So nice to hear the BA retro liveried 747’s will be saved for future generations to enjoy. I have lovely memories of flying BOAC, and BA 747 over many years. BA should set up a proper civil aircraft museum to also display their heritage assets currently held at LHR in Speedbird House

I can’t believe one of the big players didn’t have the vision to keep just one B747 in service, there is a lot of good feeling out the for this iconic plane and I’m sure it would attracted a lot of enthusiast.