A Visit to the National Aviation University in Kiev

Thanks to some excellent organisation by Pavel at Ukraine Aviation Tours, despite him not being in town he arranged for me to visit the National Aviation University while I was in Kiev recently.

This particular university is where students from across Ukraine go to study aeronautical engineering and get their hands on some incredible hardware straight from the country’s proud history of developing aircraft and engines.

The university is located on Kosmonavta Komarova Ave, a short distance from Zhuliany Airport to the south of the city century. As well as various administration and teaching buildings, the centrepiece is a huge 7,000sq ft hangar which stands 22m tall. Inside is a dream for fans of old Soviet aircraft.

I was shown around by Andrej, who was an excellent host and did an excellent job at explaining everything with enthusiasm in his best English, which was much easier than my Ukrainian! When I entered the hangar, I was greeted by this sight: 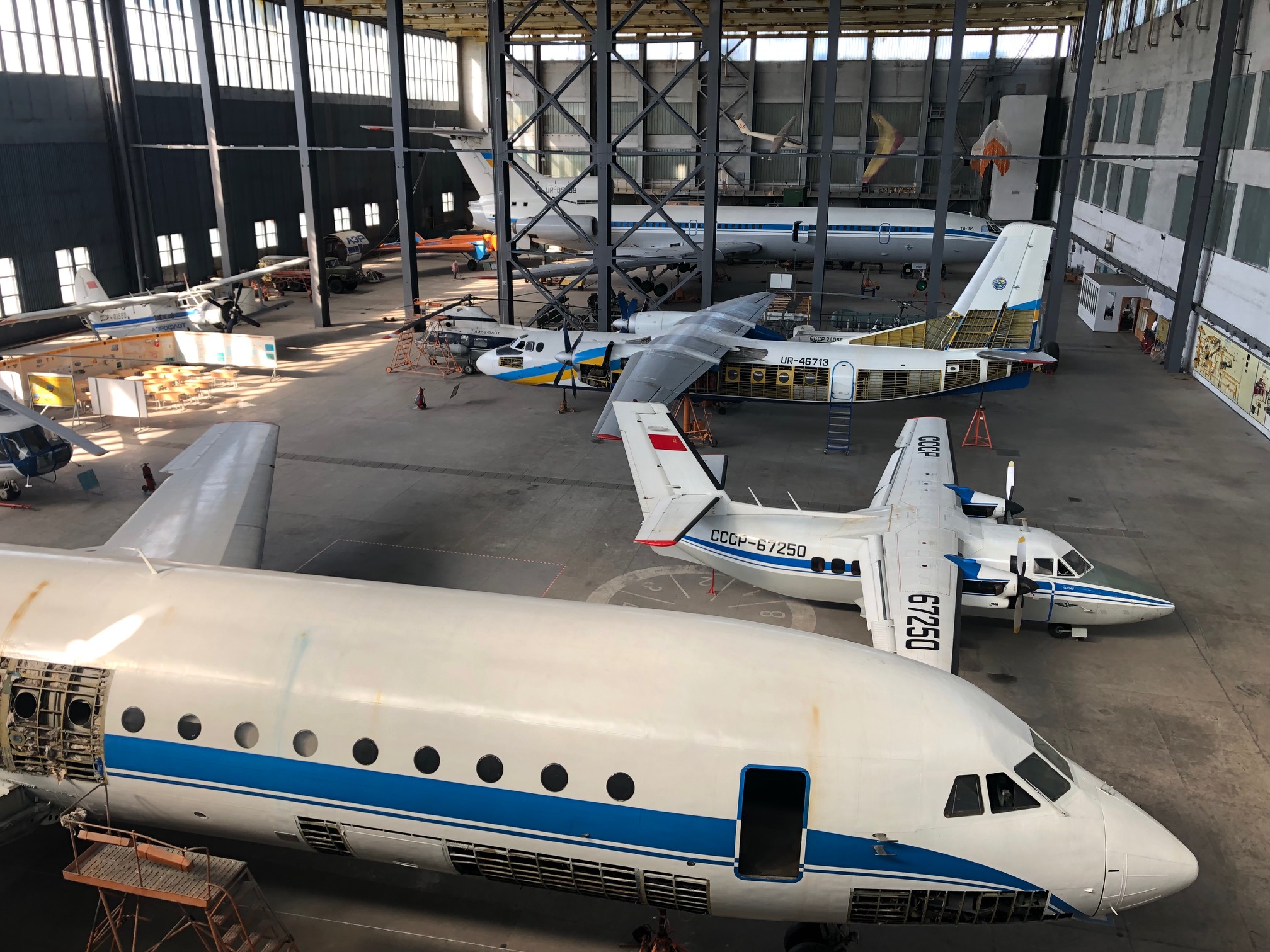 Inside are nine aircraft – three helicopters, five airliner/transport types, and a historic replica of Andrei Tupolev’s first aircraft, the ANT-7.

My tour included getting inside most of the aircraft, which was an incredible experience. In some cases I was invited to push a button in the cockpit which would activate a system, such as a rotation of the rotors on the Mi-8, and the propeller on the LET 410. 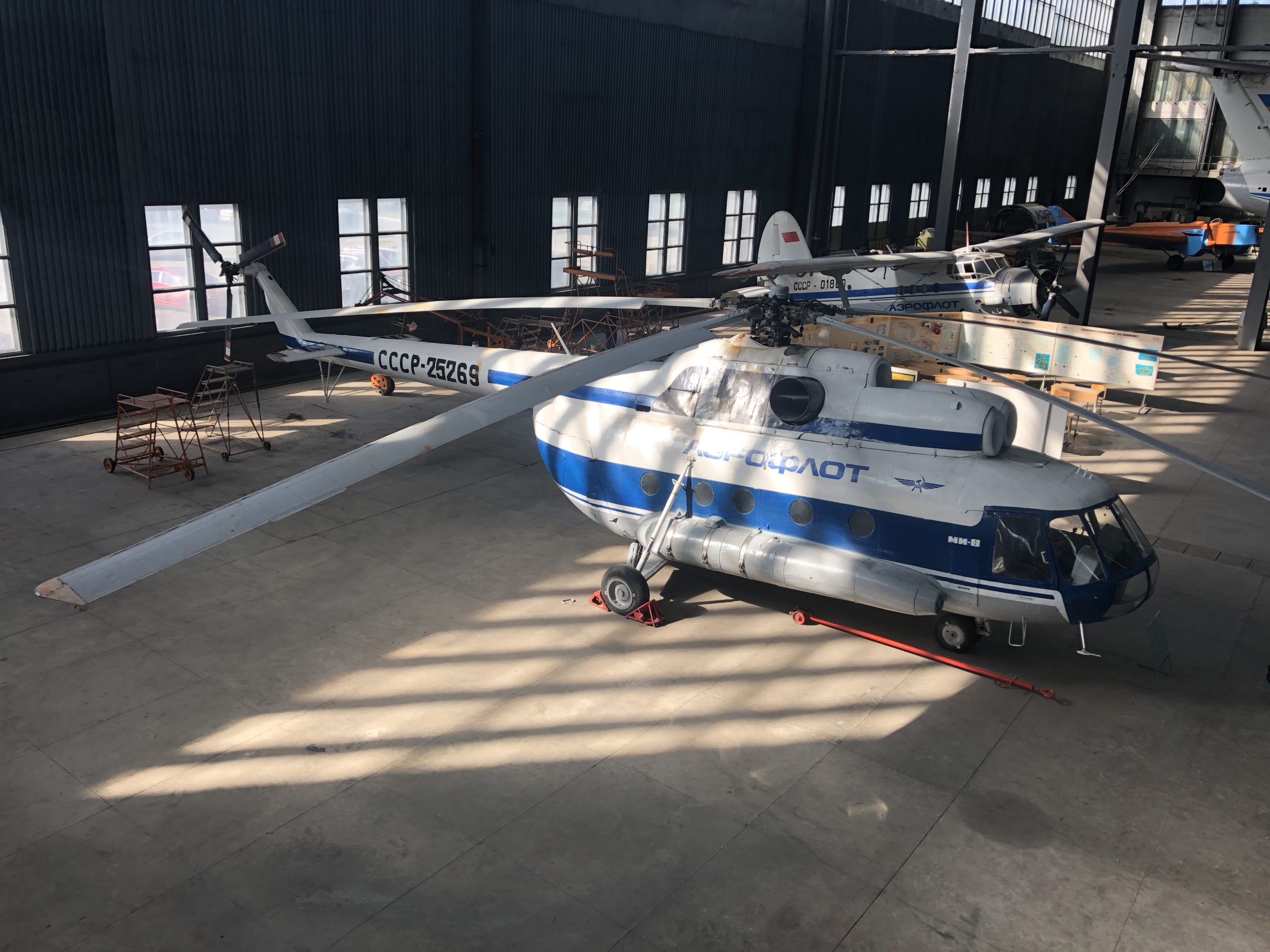 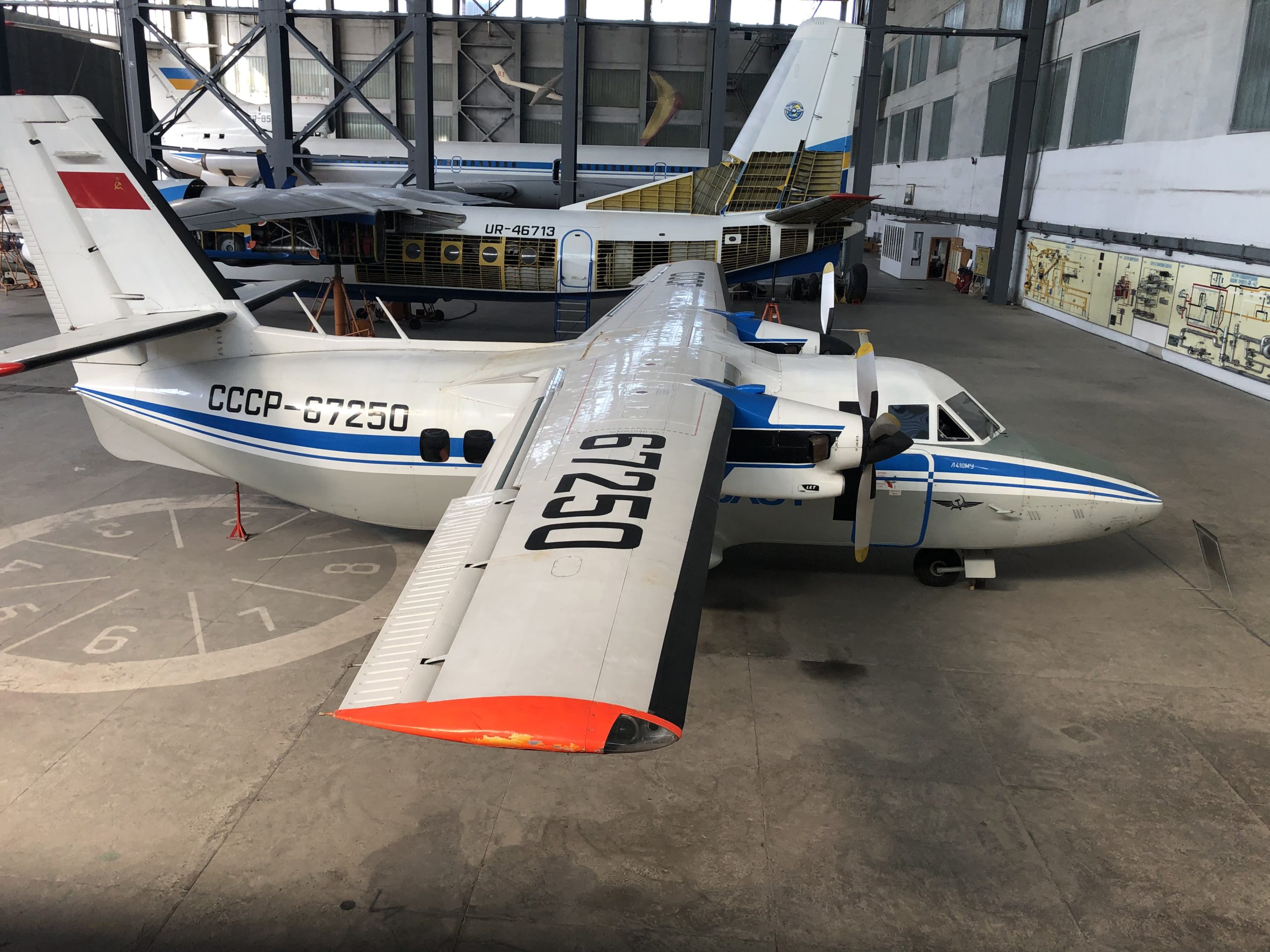 With others, Andrej would jump inside and invite me to stand and watch as the gear or flaps were retracted and extended (thankfully the aircraft were secure on jacks to allow this). 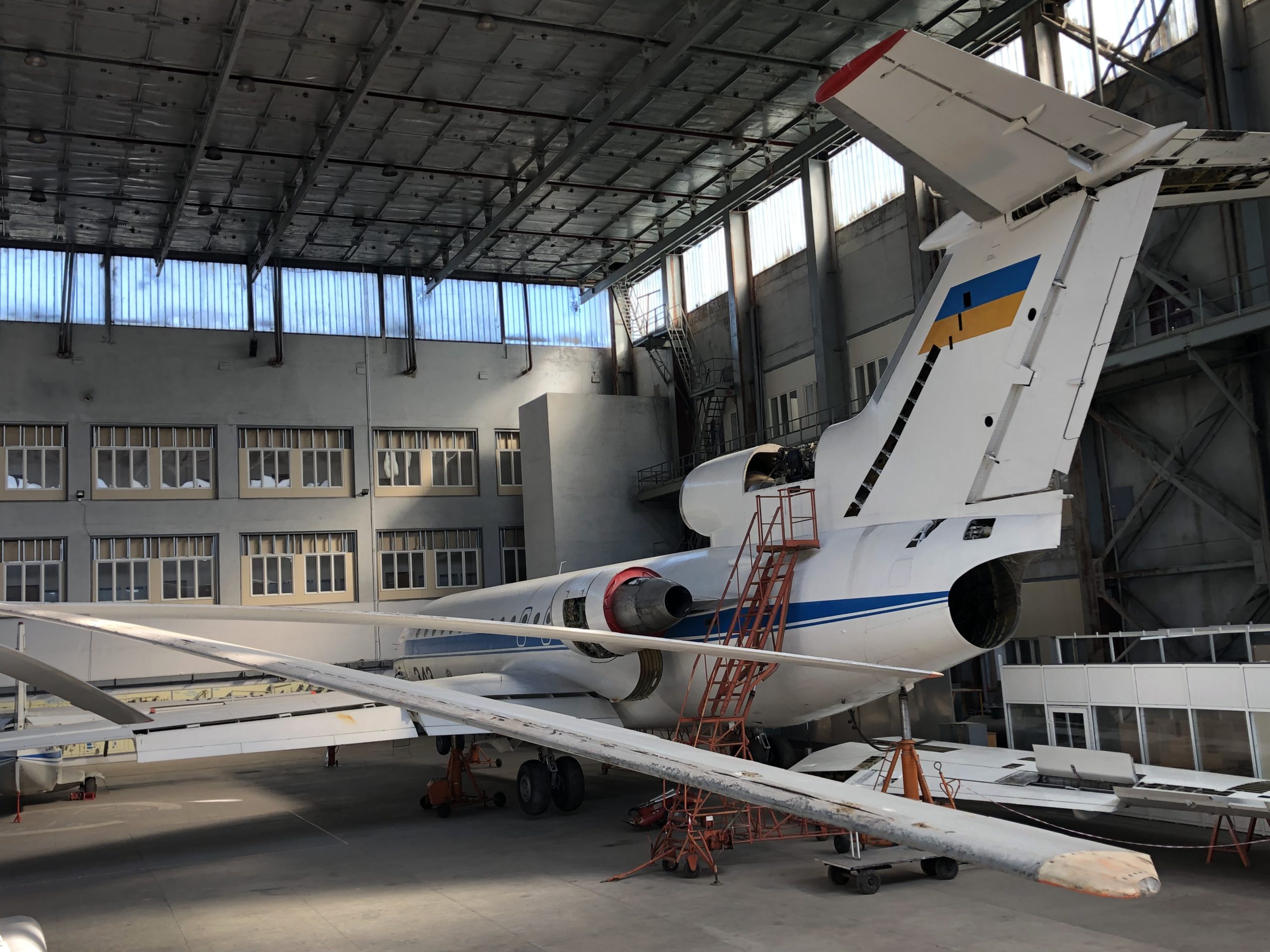 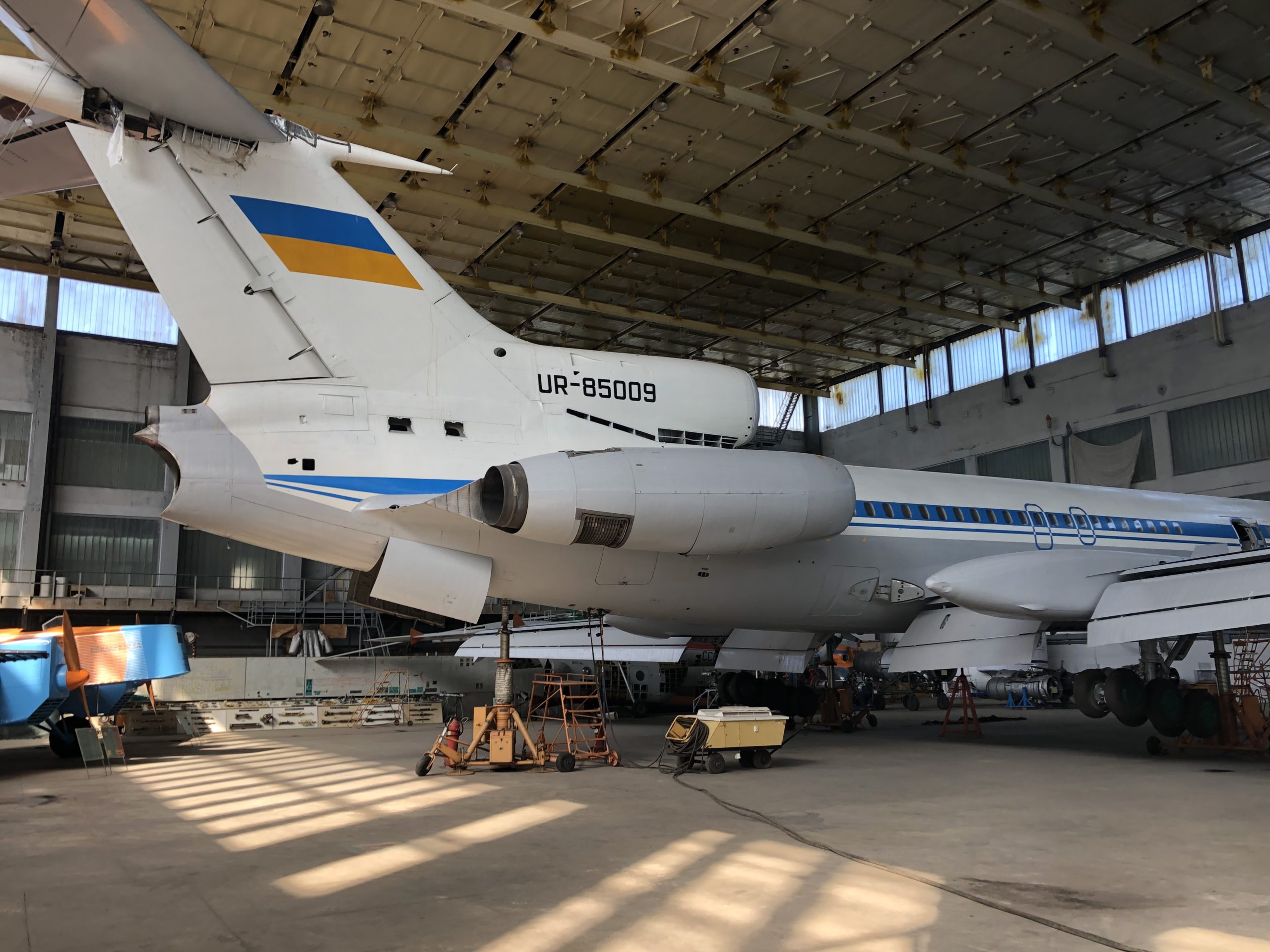 Of particular interest to me were the two large airliners, the Yakovlev Yak-42 and the Tupolev Tu-154.

In the case of the Yak-42, CCCP-42303, this example was one of the prototypes and thus never flew passengers. Its cabin is empty, and in the cockpit the seats do not have cushions as the test pilots used their parachutes to sit on!

The Tu-154, UR-85009, was allegedly the first of the type to fly passengers back in 1970 when operated by Aeroflot. Can anyone confirm this? 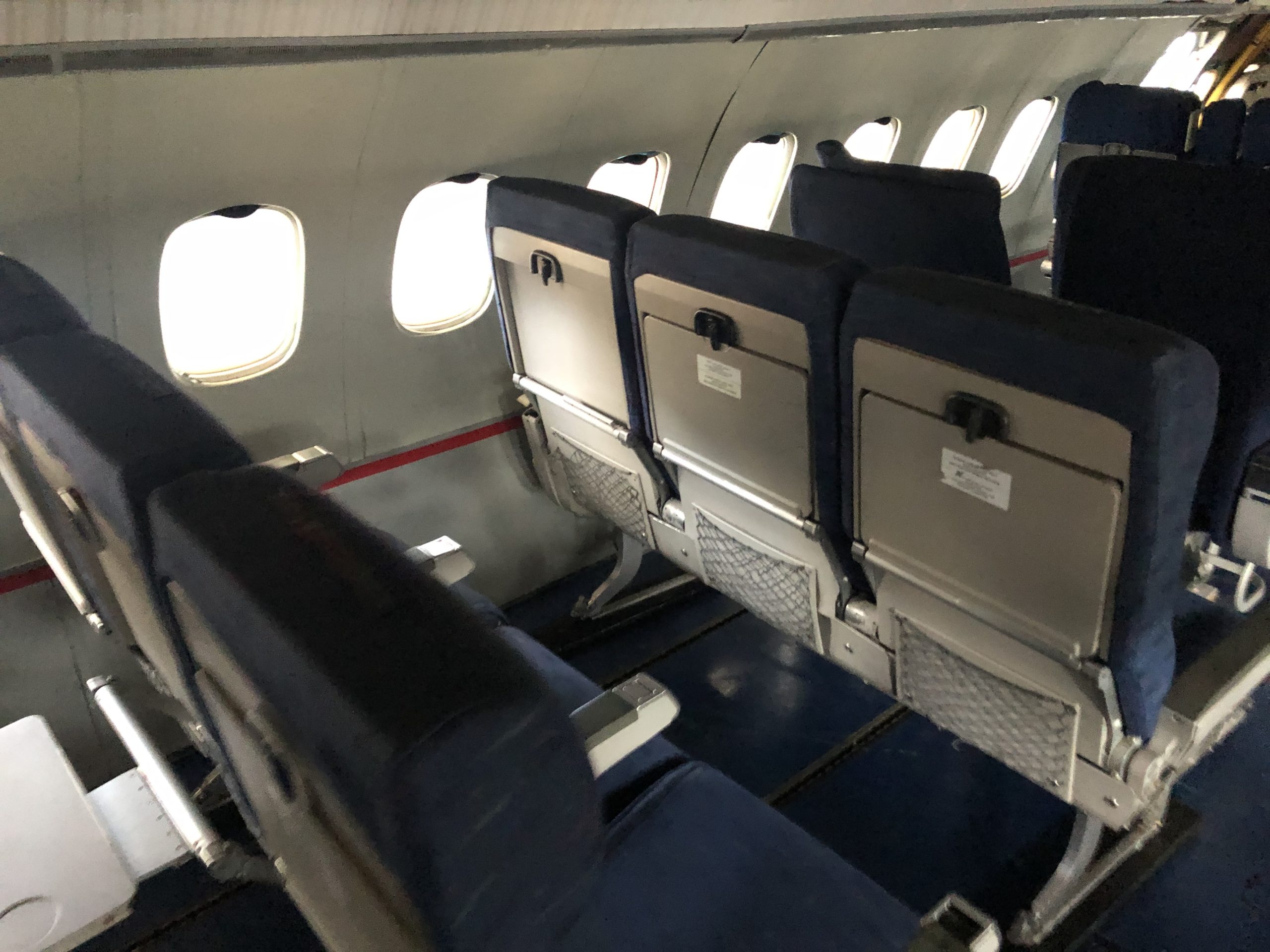 Inside the Tupolev Tu-154

It was amazing to go inside and see the remnants of the passenger seating and cabin, and to even step out onto the wing for this picture. 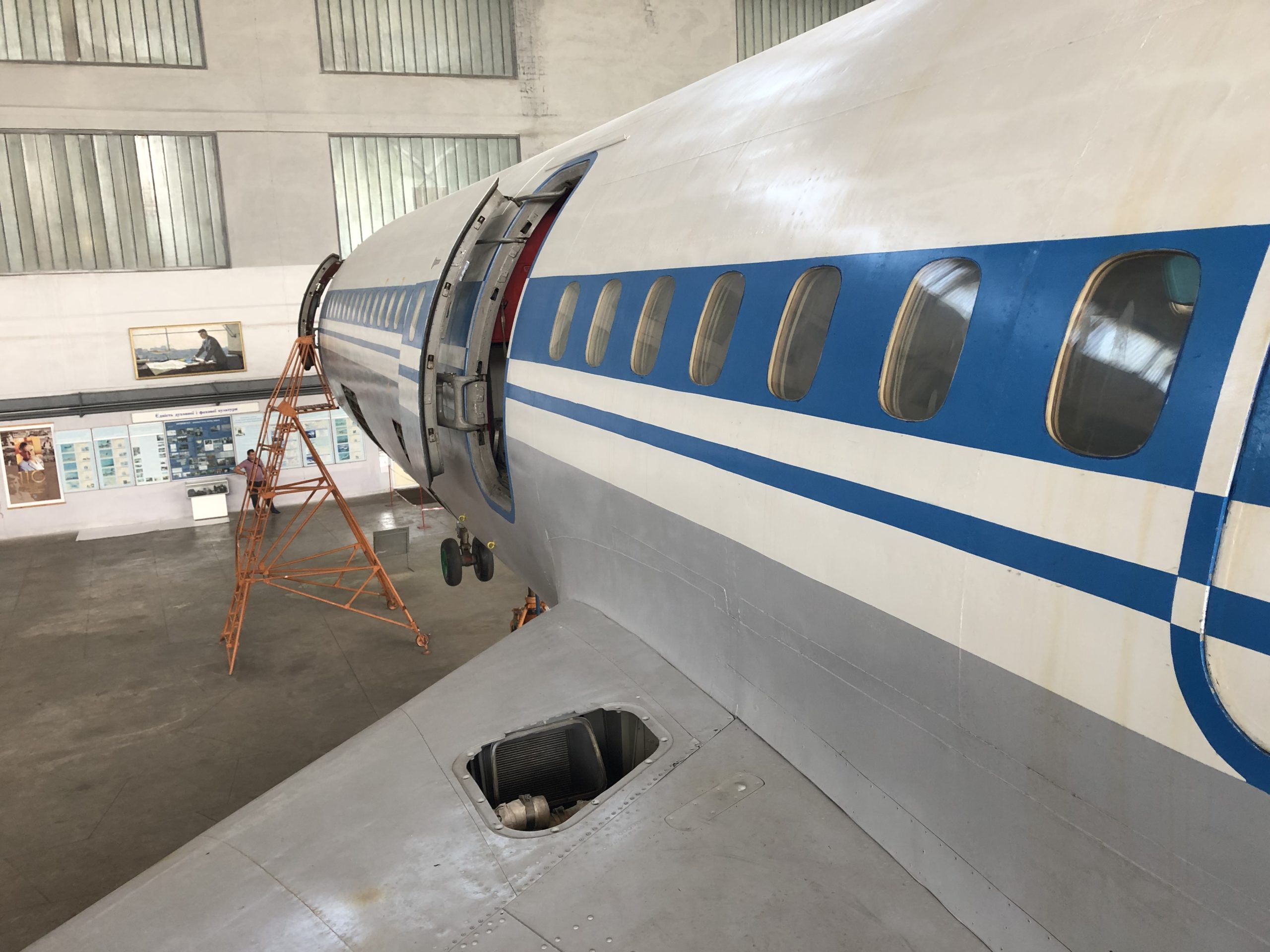 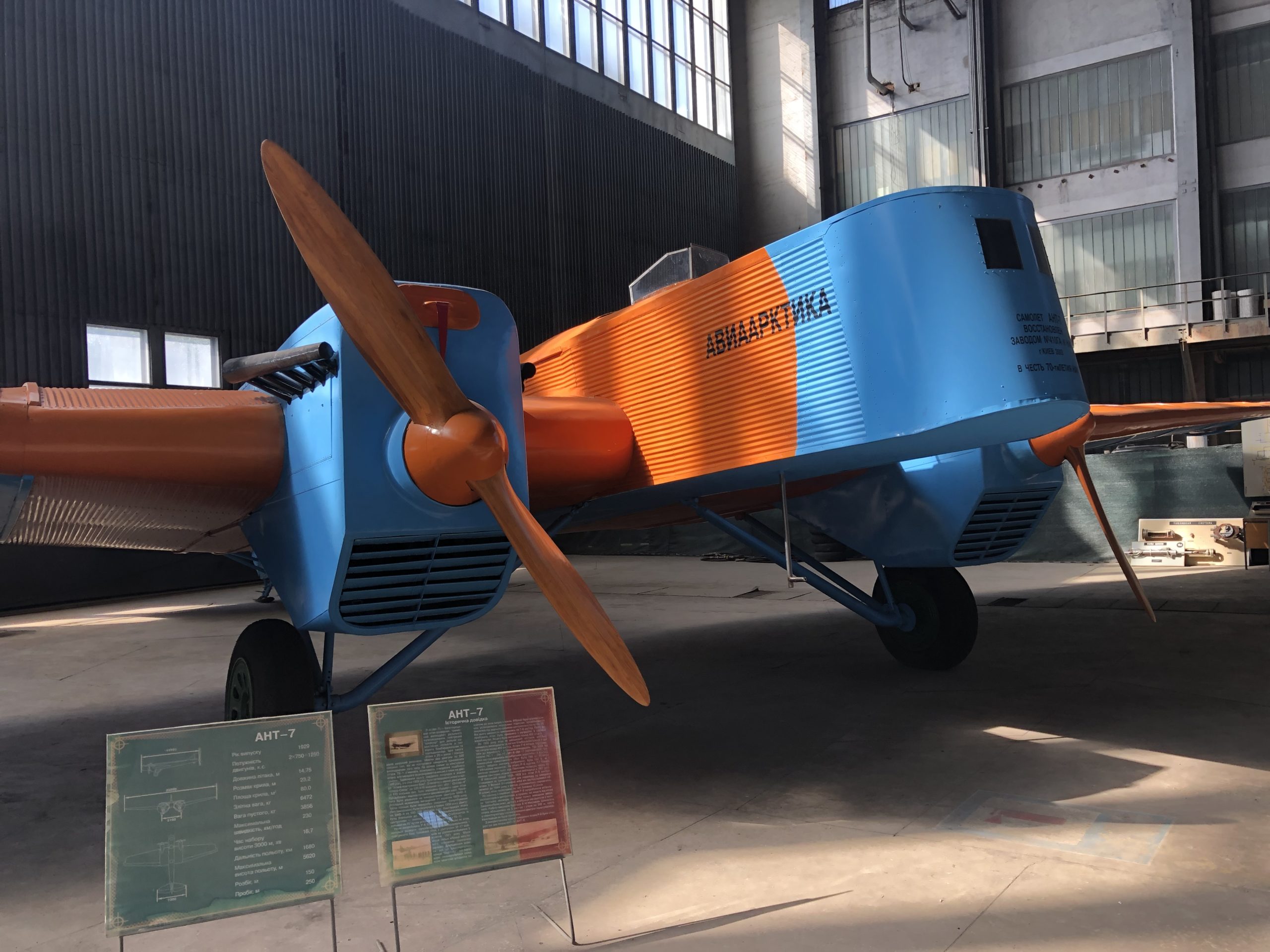 The Tupolev ANT-7 replica in Kiev.

The ANT-7, Tupolev’s first design, sits behind the Tu-154. It’s incredible to think that less than 40 years separates the two designs which came from the same person. 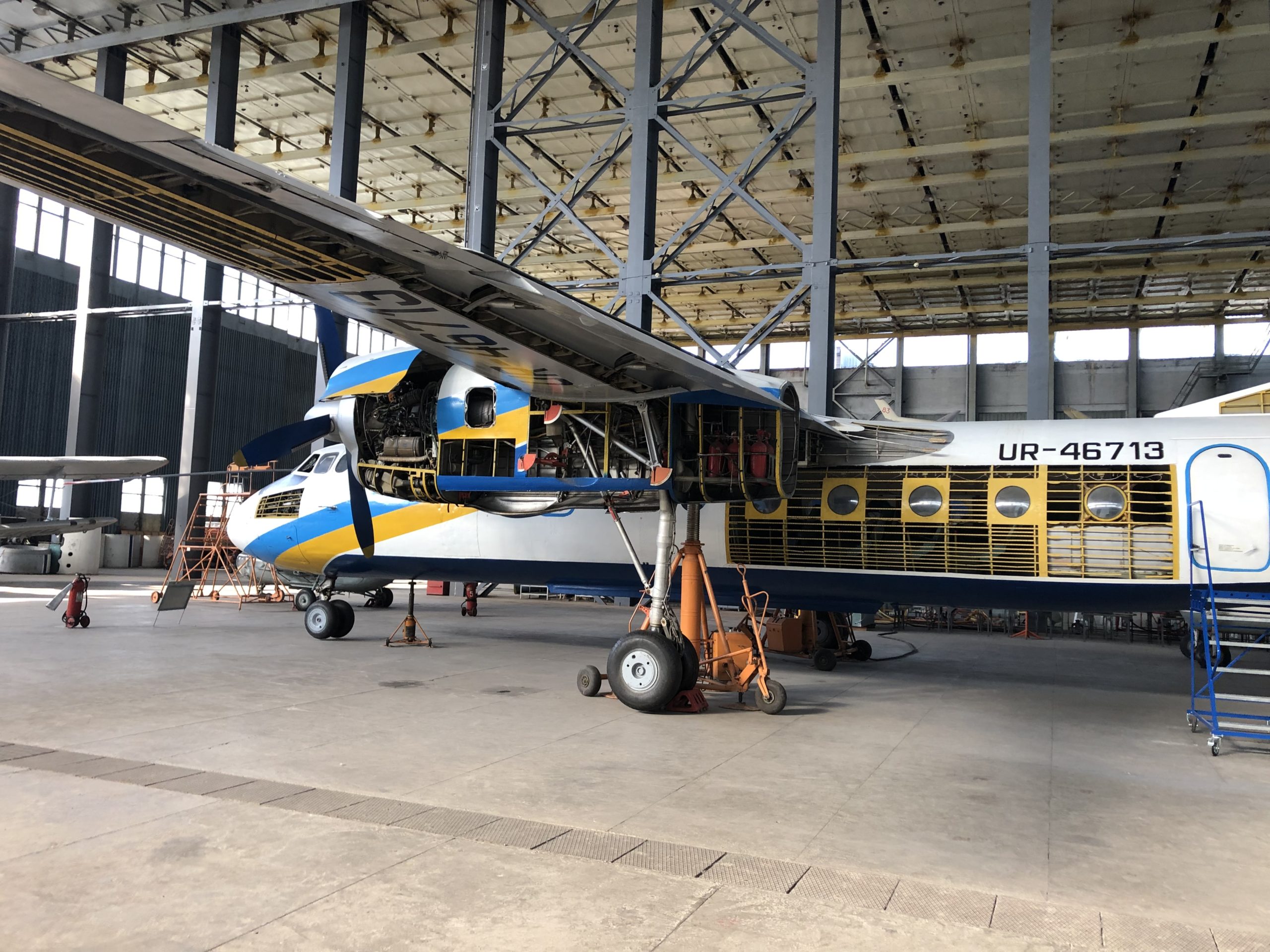 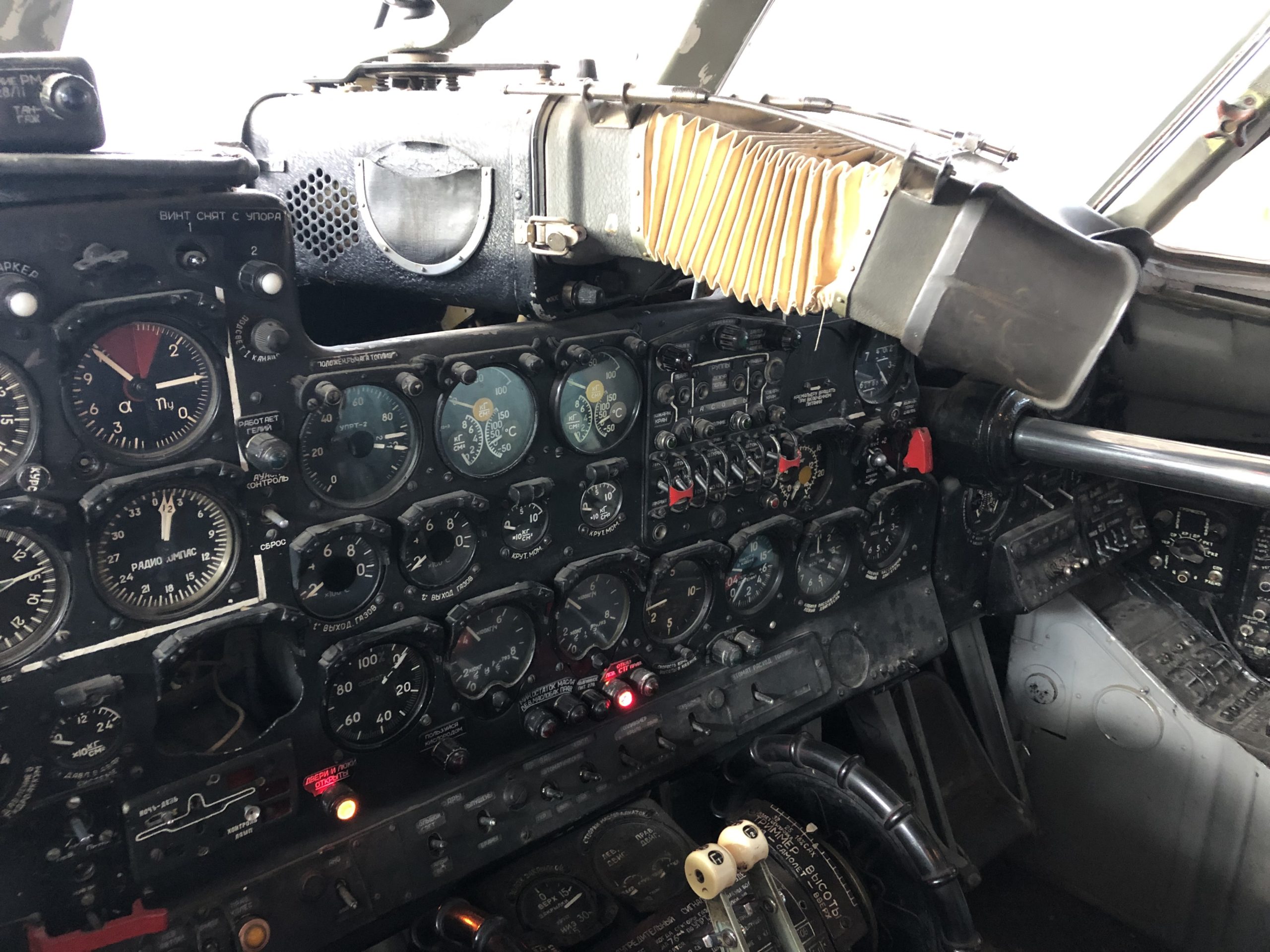 Here’s a list of the aircraft at the Kiev National Aviation University: 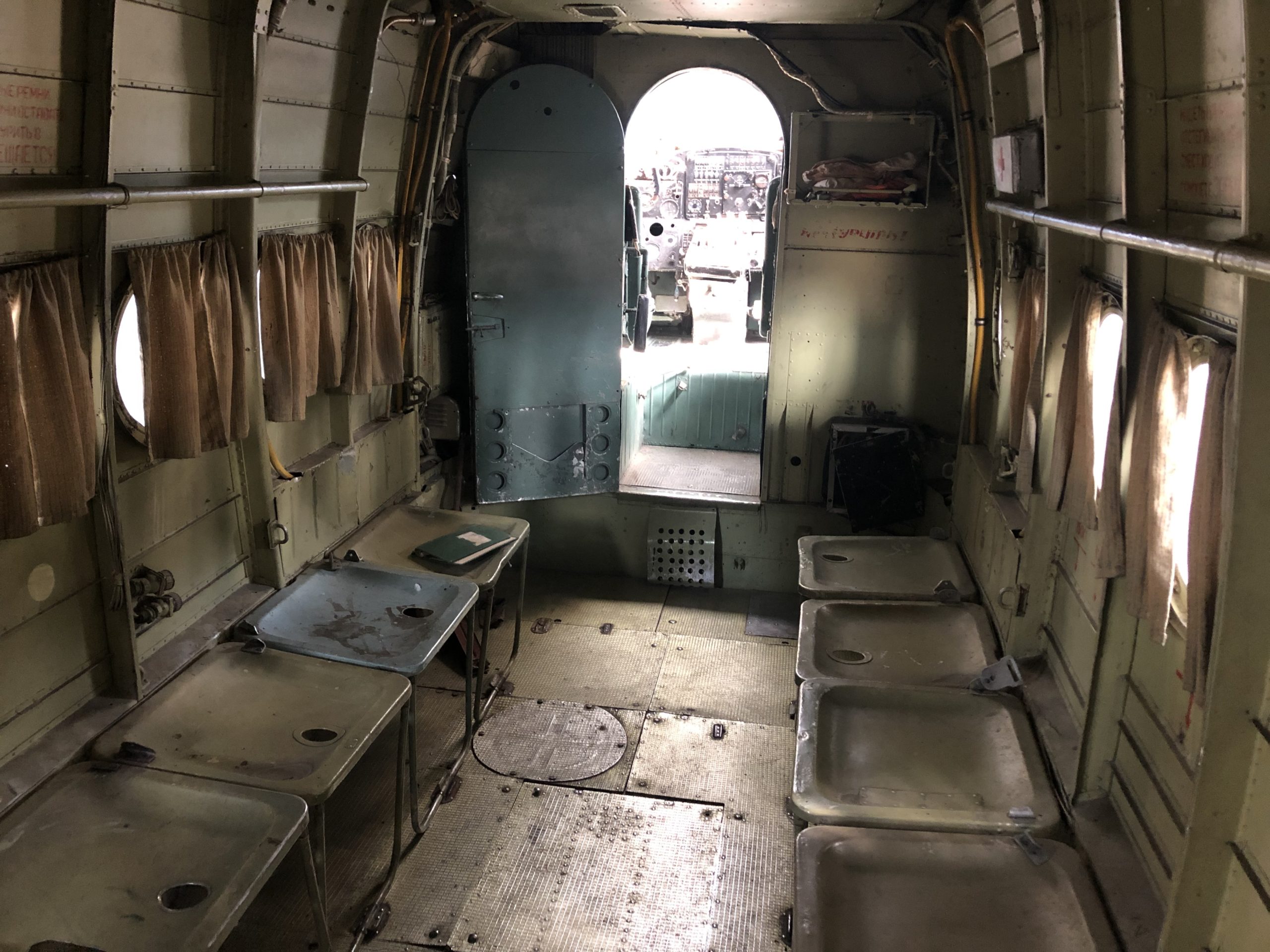 Cabin of the Antonov An-2

If you’re in Kiev, try to arrange a tour of this incredible collection. The staff are friendly and helpful and love to show off their proud aviation history (most of the aircraft are Ukrainian-built or have Ukrainian engines).

Five British Airways Boeing 747s due for retirement this week

[…] [A Visit to the National Aviation University in Kiev] […]