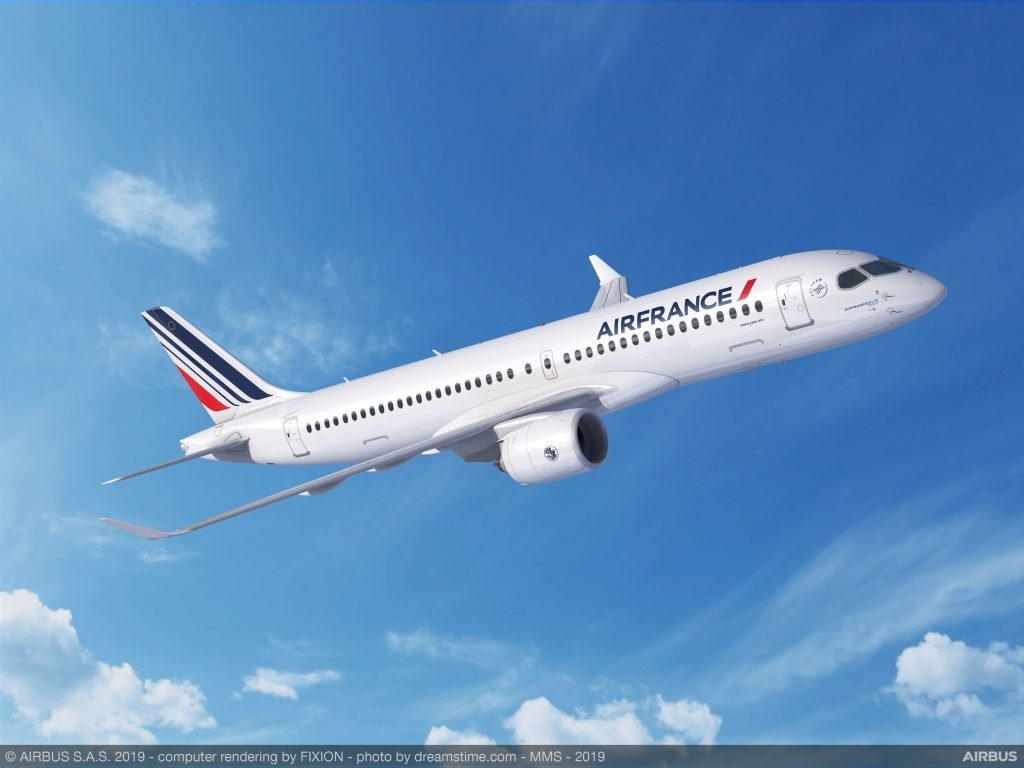 Airbus has received a huge boost to its A220 programme by signing up Air France-KLM as its latest customer.

The carrier has signed a Memorandum of Understanding (MoU) for 60 A220-300 aircraft to modernise its fleet.

All of the aircraft are to be operated by Air France, with KLM recently opting for the Embraer E2 to bolster its short-haul fleet.

“The acquisition of these brand new A220-300s aligns perfectly with Air France–KLM’s overall fleet modernisation and harmonisation strategy,” said Benjamin Smith, CEO of the Air France-KLM Group. “This aircraft demonstrates optimum operational and economic efficiency and enables us to further improve our environment footprint thanks to the A220’s low fuel consumption and reduced emissions. It is also perfectly adapted to our domestic and European network and will enable Air France to operate more efficiently on its short and medium-haul routes.”

“It is an honour for Airbus that Air France, a long-standing valued customer, has endorsed our latest family member, the A220, for its fleet renewal plans,” said Guillaume Faury, Airbus Chief Executive Officer. “We are committed to supporting Air France with our A220 by bringing the latest technologies, efficiency levels, and environment benefits. We are delighted to embark on this partnership and we are looking forward to seeing the A220 flying in the Air France colours.”

A delivery schedule has not been announced yet.

According to Airbus, the A220 currently has an order book for 551 aircraft, having benefited greatly since its acquisition from Bombardier.

Scoot to add the Airbus A321neo

How to be Among the First to Fly British Airways A350