Pakistan currently has 4 commercial airlines that are operating with Boeing, Airbus, or ATR aircraft, namely; Pakistan International Airlines (PK / PIA), Air Sial (PF / SIF), Airblue (PA / ABQ) & Serene Air (ER / SEP). The two airlines Serene Air and Air Sial are not so old, as Serene Air was founded in mid-2016 and Air Sial in late 2017 and made its first domestic flight in December 2020. Therefore, Airblue is the oldest private airline operating in Pakistan at the moment. It was founded in 2003 and commenced operations in 2004, and is currently the largest private airline in Pakistan.

The fate of Shaheen Air in 2018 created more space for private airlines in Pakistan. Shaheen Air ceased operations due to outstanding dues to the Civil Aviation Authority of Pakistan (PCAA), it stated that the airline was unable to pay the salaries of staff for 8 months, therefore the operations were completely suspended and the aircraft were returned to AerCap (Irish lessor company). Therefore Airblue became the largest private airline. 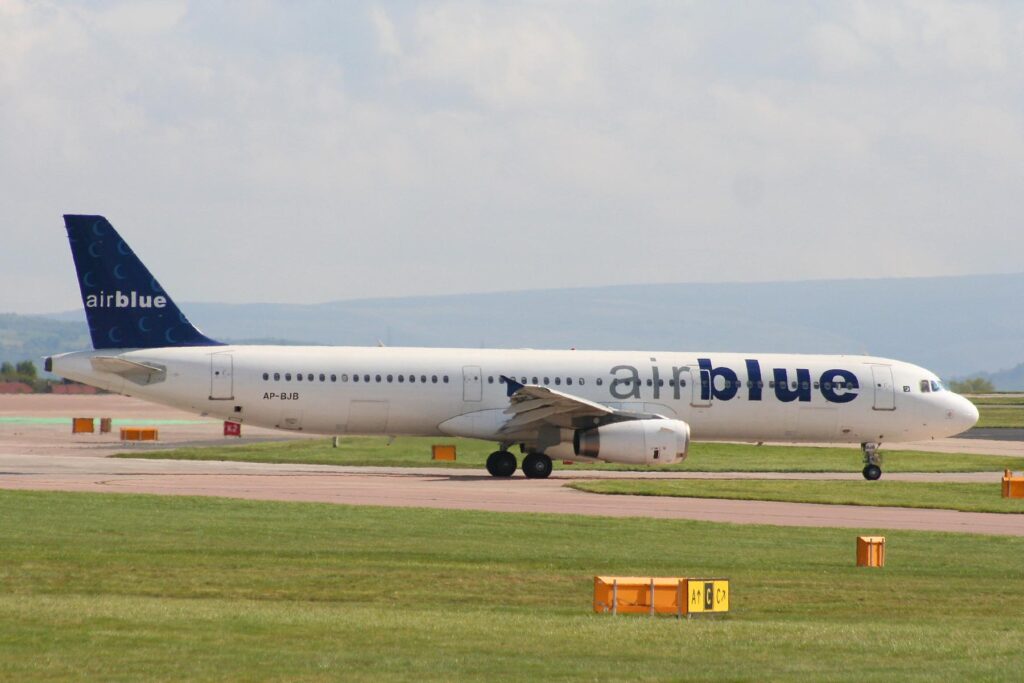 The airline was established by the ex-prime minister of Pakistan Mr. Shahid Khaqan Abbasi and Pakistani-American IT professional Tariq Chaudhry. It commenced operations with three leased A320 and started operating on KHI-LHE and KHI-ISB routes. On Pakistan’s 58th independence day, Airblue inaugurated international operations. It operated first international flight to Dubai (DXB / OMDB) with their A320 and later on flights to manchester using their A340’s & A321’s. 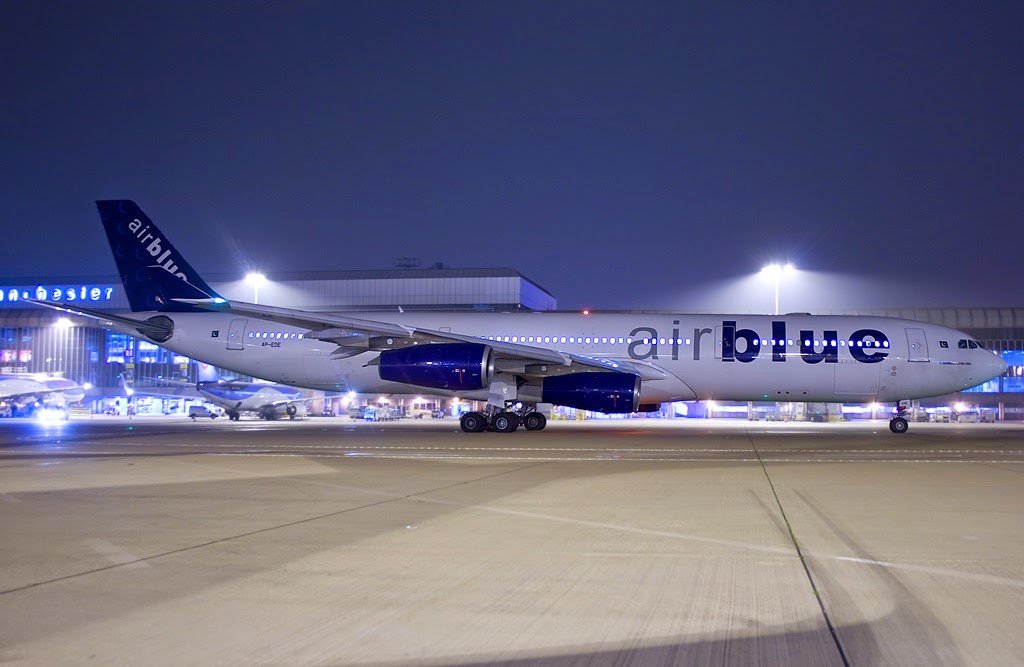 Airblue is the first airline in Pakistan to operate the state-of-the-art A321neo. The company welcomed it warmly while bragging on social media to celebrate this historic moment. Registered as AP-BOE (msn:10162), the A321neo flew directly from Hamburg Finkenwerder Airport (XFW / EDHI) which serves as the Airbus’s manufacturing plant that is also used for test & delivery flights to the Airbus customers. The aircraft AP-BOE that is considered brand new, arrived at Jinnah Int’l Airport, Karachi (KHI / OPKC) on the early morning of 15th October.

In the last decade, we saw Airblue leased 2 A340-300’s from International Lease Finance Corporation (ILFC) which is headquartered in LA. The airline decided to operate these 4 engined aircraft to Manchester and Birmingham from Islamabad and Lahore, also secondarily to middle-east due to high demand on the route. After using the aircraft for nearly 2 years, Airblue decided to retire the aircraft as it did not meet the demands of the airline due to fuel that wasn’t economical t.o them on international routes, and due to the technical issues and as airblue operated narrow body fleet, it was quite complex to attain it’s full maintenance as EASA has strict rules & regulations for safety concerns. Therefore Airblue eventually retired the A340’s and shut down it’s UK routes.

It is said by many reliable sources that Airblue will be utilizing their A321neo’s for pilgrimage flights to Saudi Arabia, as well as in the future to Turkey and United Kingdom as currently no Pakistani airline is authorized for European flights. 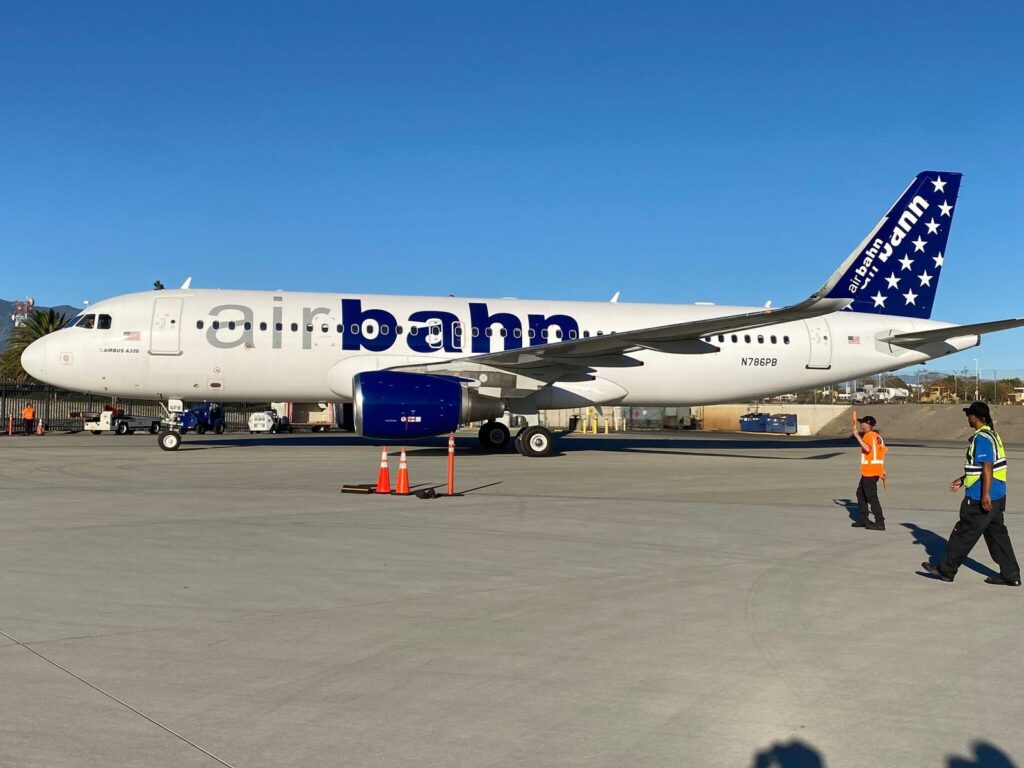 A sister airline named Airbahn is set to inaugurate soon, headquartered in Southern California. This airline has already announced many vacancies on its website including Captains and FO. Recently, they received their first A320 painted in Airbahn livery which was previously operated by Airblue as AP-EDA. It was ferried to Istanbul as PA9001 to be painted in Airbahn livery. The aircraft arrived from Istanbul to the home base of Airbahn at Ontario Airport (ONT / KONT).

The airline is said to operate between Southern California and Western Canada, and the aircraft is fitted out in a one-class configuration. In upcoming years, Airbahn may emerge as a competitor to Southwest airlines which already operate on these routes. 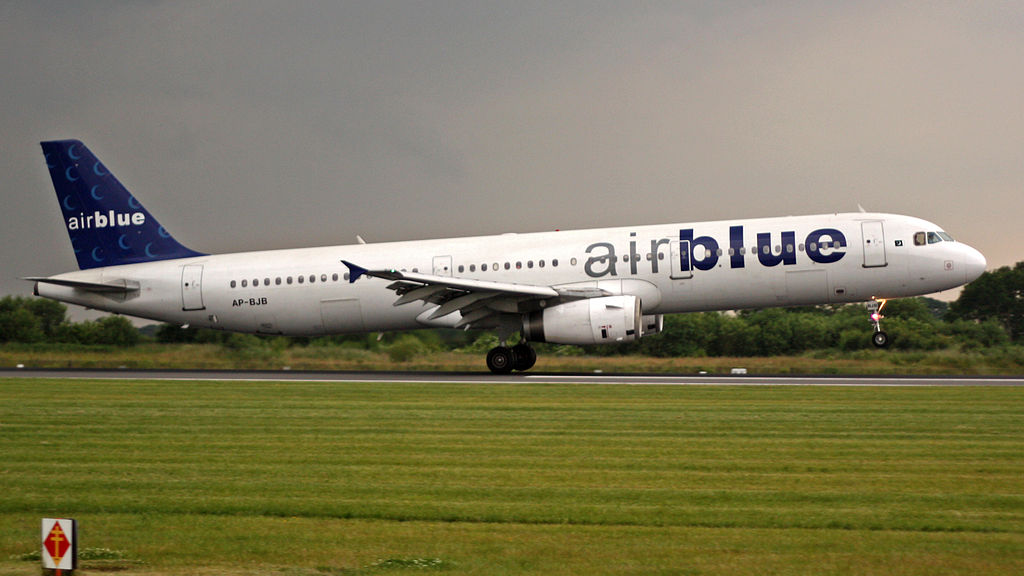 There has been only one incident involving Airblue, which was flight 202 operated from Karachi (KHI) – Islamabad (ISB).

The aircraft took off from Karachi at 07:40 am local time, headed towards Islamabad. During the flight the captain started interviewing the co-pilot regarding his knowledge of aircraft with a snobbish and harsh tone. The co-pilot remained mostly silent throughout the rest of the flight. While descending into Islamabad, the captain decided to go for a visual approach, therefore as per procedures they had to keep visual contact of the runway prior to the final approach. The captain requested a downwind visual approach to runway 12, but the request was denied by the ATC due to procedural limitations. The aircraft further descend to 2,300ft which was 200ft below the Minimum Descend Altitude (MDA).

The captain continued to violate the ATC procedures. They decided to maneuver the aircraft to turn the heading to 300°, however, they did not pull the knob after rotating, therefore, the aircraft did not turn left but the crew assumed to be turning left towards 300°. Eventually, there came multiple terrain warnings and the captain got confused and frustrated. It continued going astray as the crew was not aware of their geographical location and eventually crashed into the Margalla hills in the vicinity of Islamabad.

In the investigation, it was stated that the captain’s behavior throughout the flight was unacceptable, he violated multiple rules and as per some sources, the aircraft also entered a no-fly zone. The incident could have been avoided if rules were followed properly. There was also an option to divert aircraft to the nearest airport namely Lahore (OPLA / LHE), but it was not deemed into consideration. 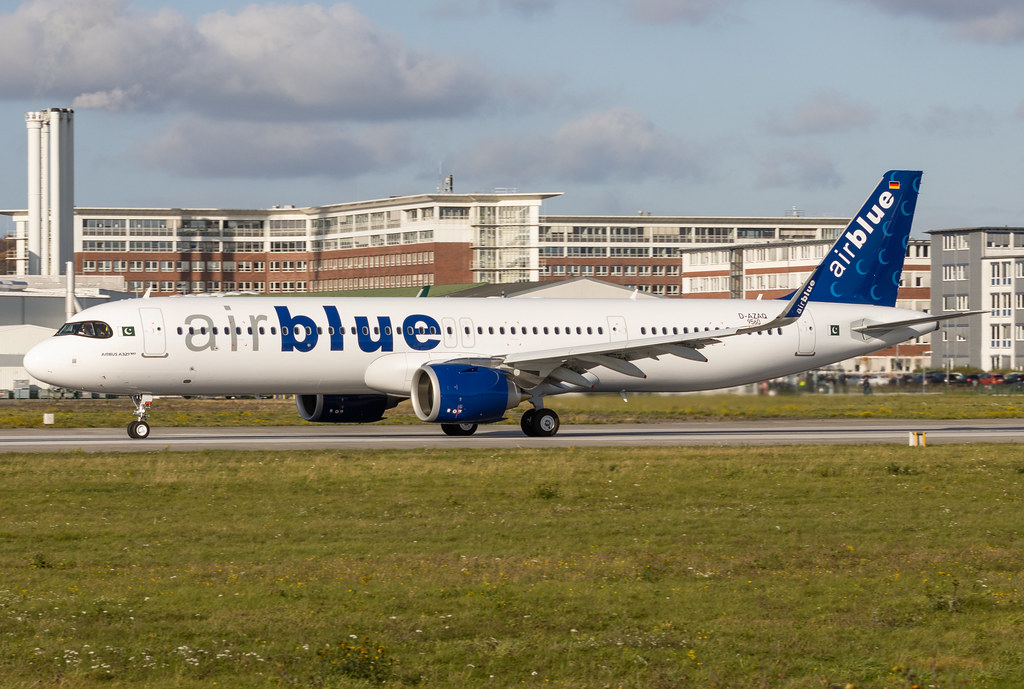 Glancing into possibilities of upcoming years, Airblue might boost up its shares in the Pakistani market as new destinations are rumored to be launched by the airline, and moreover, it has got an upper hand by maintaining the youngest fleet among other Pakistani carriers. Airblue can be a tough competitor if it expands it’s destinations network which at the moment is limited to domestic and Arabian gulf flights.

Airblue should consider adding premium economy and as well as some inflight entertainment system that would be a plus point on long haul flights which may be starting soon. Currently, it is given just 1 star for IFE on airlinequality.com. Also, more meal options should be made available to improve it’s overall reputation.

[…] first aircraft ahead of a 2022 launch. The airline is founded by the founder of Pakistan’s Airblue and features a similar livery. This A320 aircraft, N768PB, previously flew for […]