Spotters in the Middle East, Asia and Pacific regions keep an eye out over coming weeks for the Airbus A350-1000 demonstrator aircraft which has begun a tour.

The three-week Demonstration Tour follows the completion of a successful flight test campaign, which lasted less than one year and culminated in joint EASA and FAA type certification, demonstrating the aircraft’s excellent design, performance and maturity. The A350-1000 tour comes ahead of the first customer delivery to Qatar Airways, which is expected in February 2018. 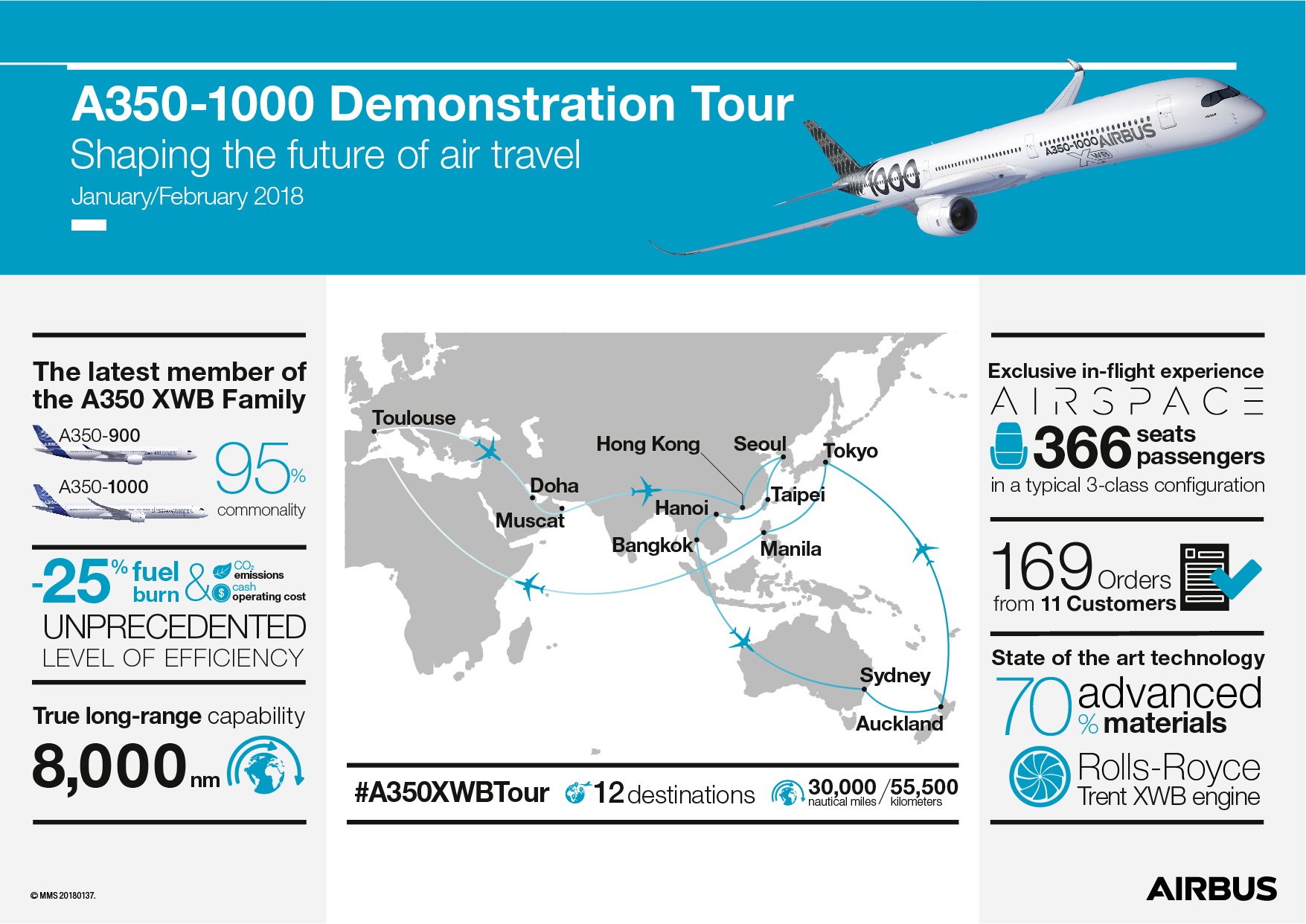 During the tour, the A350-1000 flight test aircraft (MSN065) will visit 12 destinations to demonstrate the aircraft’s exclusive features to airlines. The itinerary will see it travel over 30,000 nautical miles / 55,500 kilometres, with stops at the following airports:

The aircraft will stop for several days in Singapore, where it will be on static display from 6 to 8 February at the Singapore Airshow 2018. MSN065 is one of the three Airbus A350-1000 test aircraft and is equipped with a fully functional cabin (40 business class, 36 economy plus class and 219 comfort economy class seats). The demonstration flights will be operated by Airbus flight test crews.

Airlines which have ordered the A350-1000 so far include: