Our monthly list of new airliner liveries, deliveries and new types to look out for in June 2018.

As always, send us the pictures you take for inclusion in next month’s list! 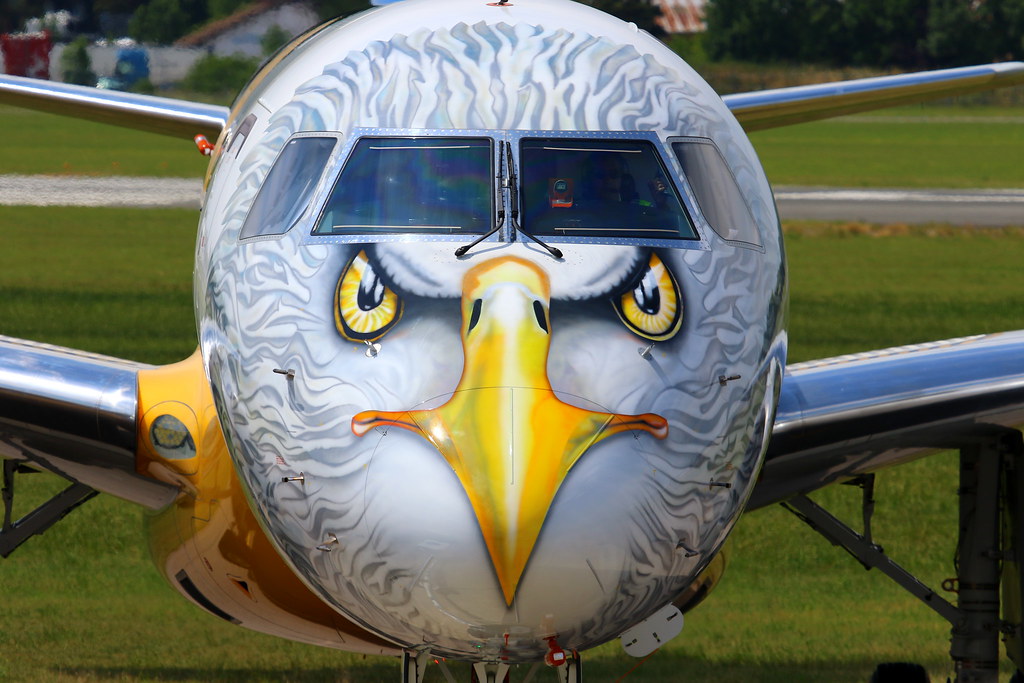 The Brazilian manufacturer has applied animal liveries to its test E2 aircraft. 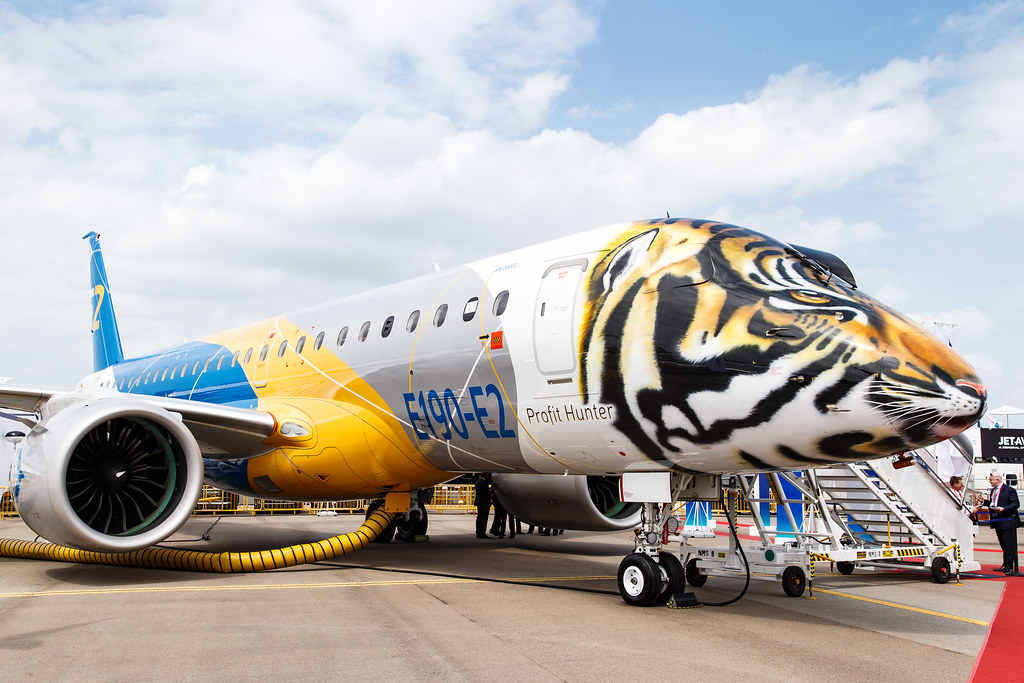 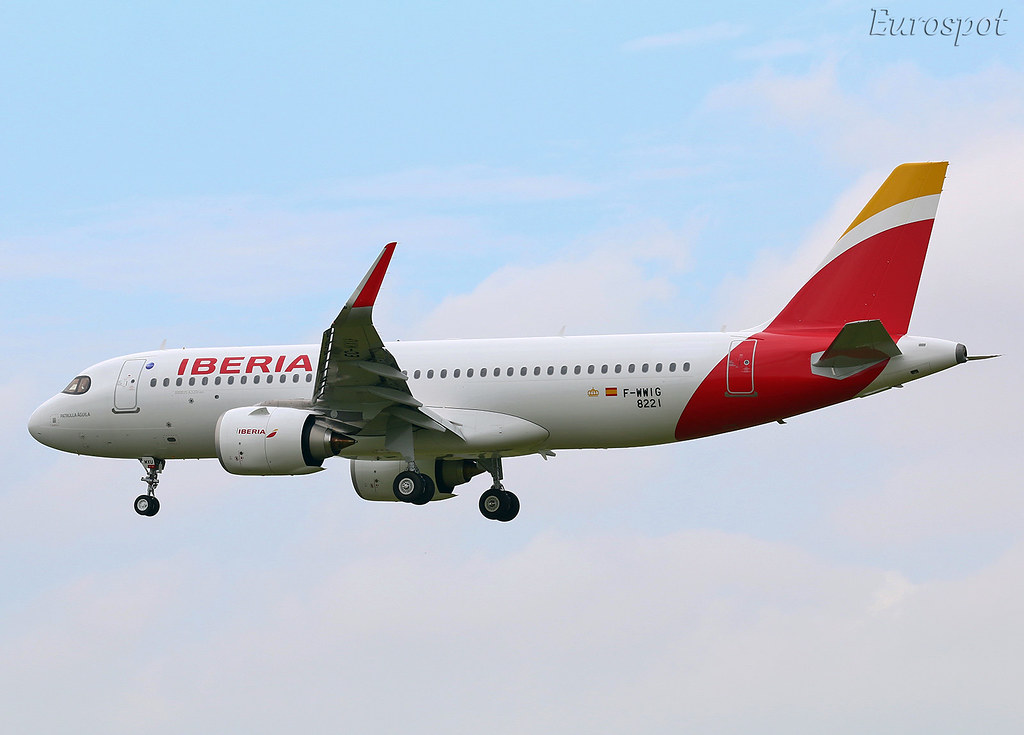 The first A320neo has been delivered to Iberia, registration EC-MXU. 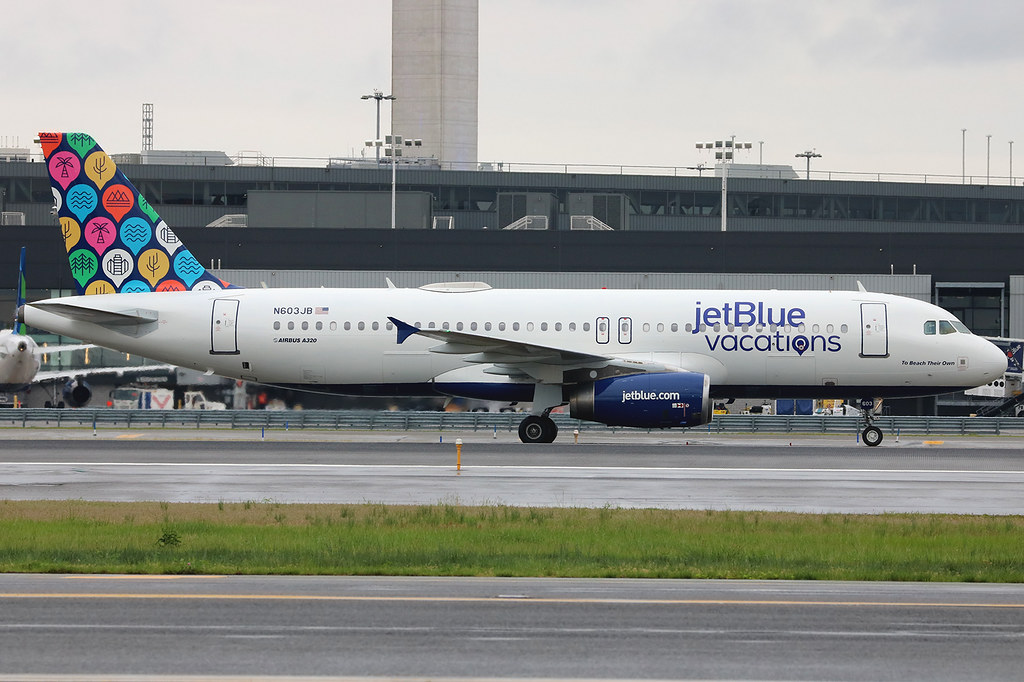 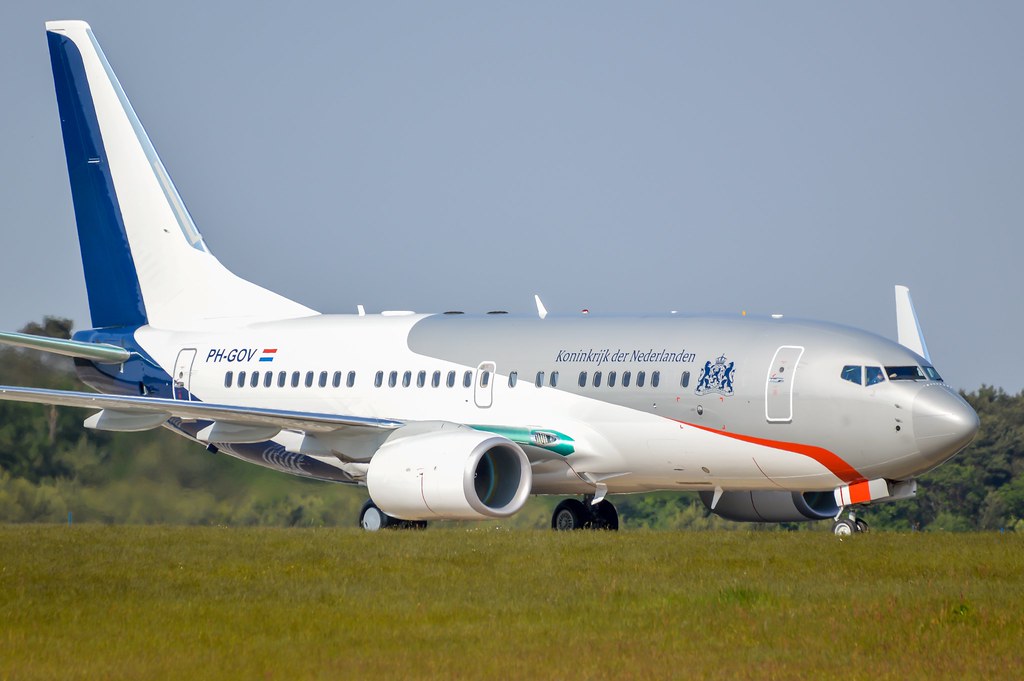 The first A320neo for Royal Brunei has been delivered, registered V8-RBA. 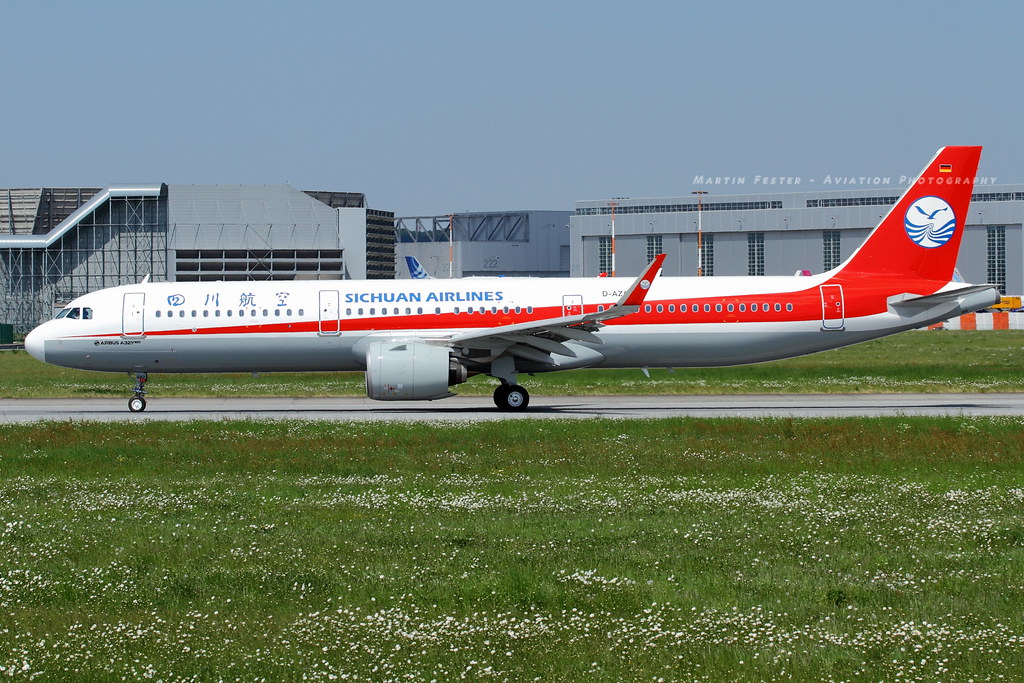 Another first A321neo, this time delivered to Chinese carrier Sichuan Airlines. Registration B-8682. 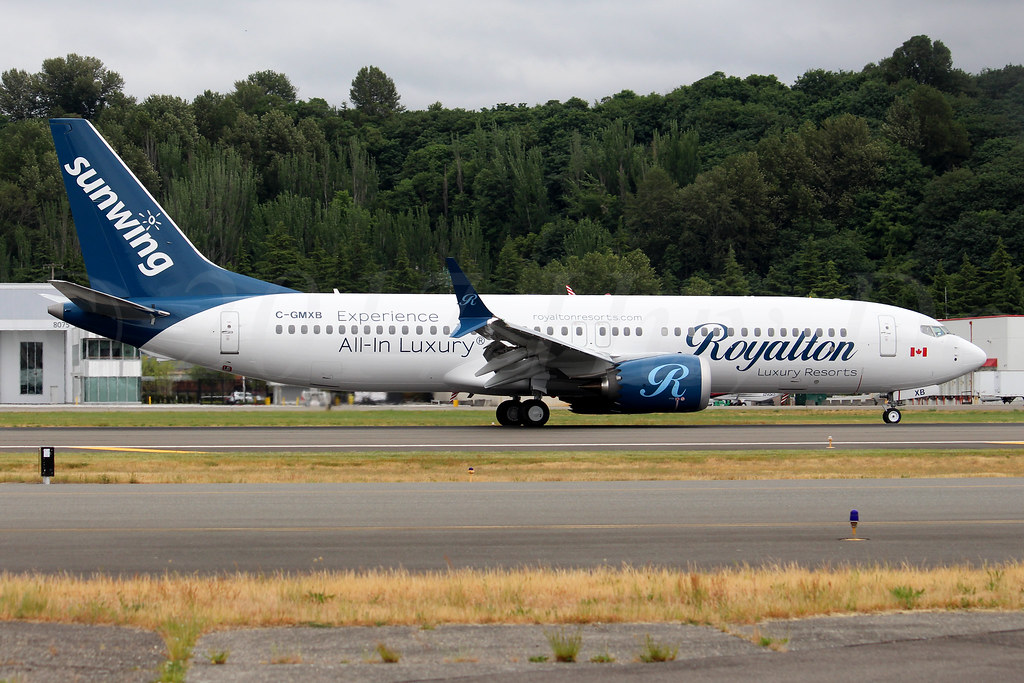 New Canadian low-cos carrier Swoop has unveiled its first aircraft in the form of this Boeing 737-800, C-GDMP.

Wizz Air is celebrating its milestone 100th A320 family aircraft, painted with a special scheme on A321 HA-LTD. The first Boeing 737 MAX 8 delivered to XiamenAir in China, registration B-1288.

Spotting at Penticton Airport in Canada

The Aviation Hall of Fame Museum at Teterboro

Thanks for the great updates. Will be looking for some of them in the SFO & LAX Airports.

I think those bird and animal heads on the new E190s are just awful, what absolute nonsense, who the heck dreamed that up! Not for me, sorry.

There’s a shark nose, too! It’ll be at Farnborough apparently.

Thanks for new pics!