The honour of the final flight went to Air France, who operated its scheduled service to Paris shortly before the runways closed at 18:00.

Now, white crosses have been painted on the runways and the airport will be mothballed ahead of redevelopment from next May. 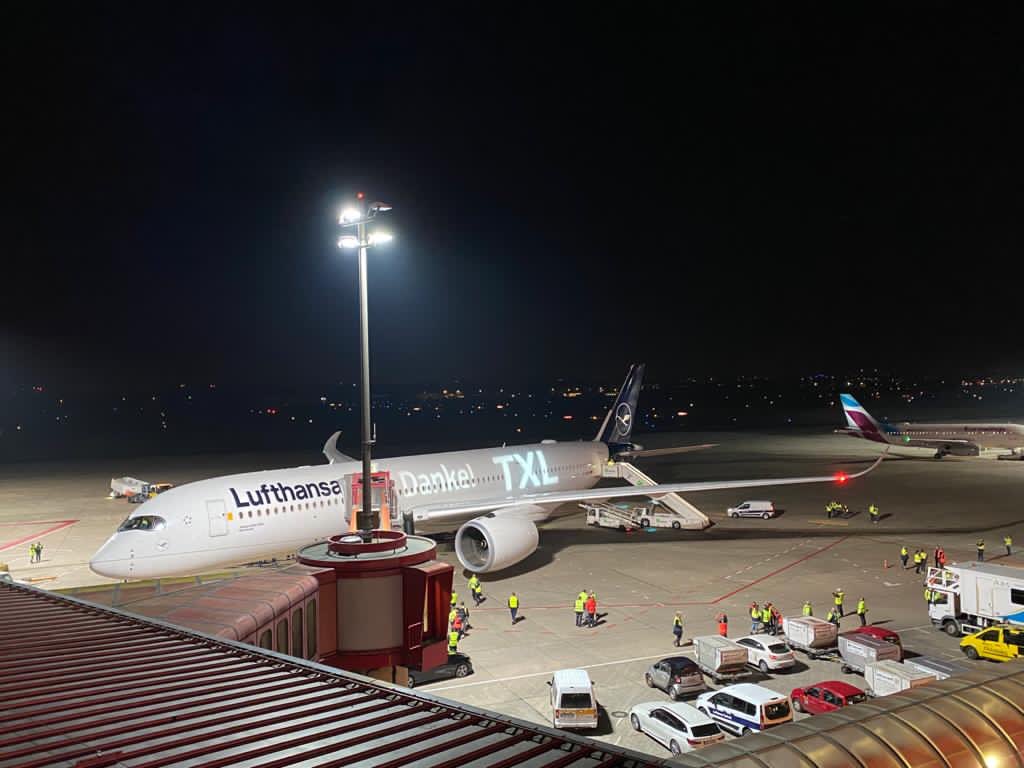 #DankeTXL projected onto the final Lufthansa flight – an A350 aircraft. Photo (c) Lufthansa

Our last flight from Berlin #TXL departed yesterday as OS236 shortly after 7:30 p.m. One last and heartfelt #Servus and #DankeTXL from our crew and everybody at Austrian Airlines for the many decades of service! 👋👋👋❤️❤️❤️ pic.twitter.com/JULPy6qtPq

The day was full of memories and tears for those who worked, travelled and spotted at the airport, with water cannon salutes for the final flight of each airline out of Tegel.

Enthusiasts were able to book a place on the observation terrace on the terminal to witness the final movements, including a special final Lufthansa flight which was operated by one of the airline’s widebody Airbus A350-941 aircraft.

Tegel, as well as Schonefeld, airport has been replaced by the new (and much delayed) Brandenburg Airport in the east of the city. This will concentrate all of the city’s airline flights and passengers at one airport, which has room to expand and is spacious and modern.

The former Schonefeld passenger terminal has also been requisitioned as Brandenburg’s low-cost Terminal 5, since the new airport occupies the site of the old airport.

I wonder what will happen to the 707 at the end of the runway? I hope it can be saved and maybe taken across to Gatow.