Bordeaux Airport in south west France is a fairly busy place with two runways and central terminal area. A cargo terminal is to the east, which DHL uses. The main airlines at Bordeaux are Air France, easyJet, Volotea, and Ryanair. The airport is also home to a military base, with some French Air Force traffic operating from ramps on the southern part of the airfield. 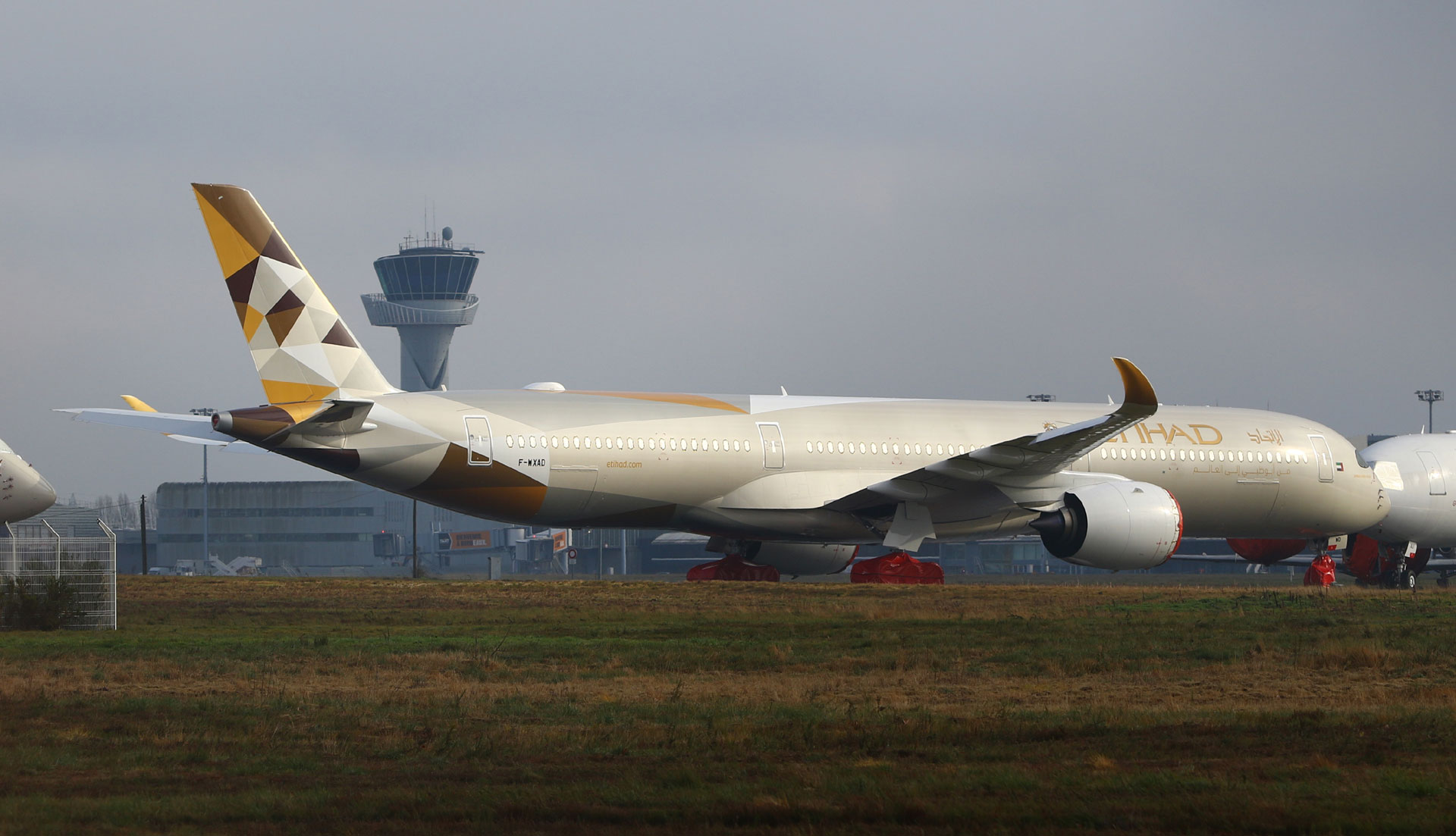 The northern part of the airport is a large maintenance base and technical school, and you’ll often see Airbus airliners parked up.  At the time of this visit, Etihad Airways had parked up a number of brand new Airbus A350s awaiting delivery. 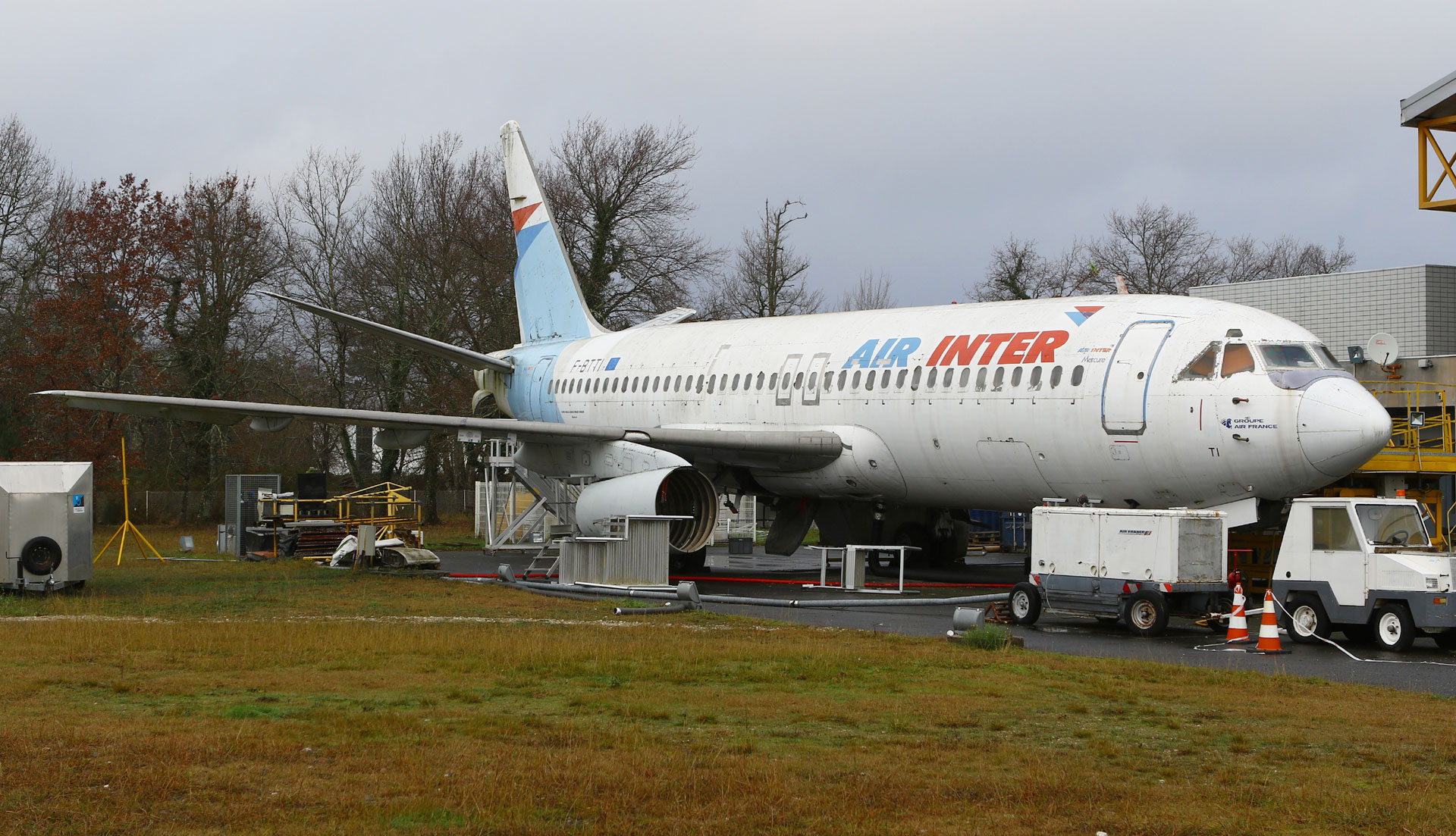 The airport also has a few resident historic airframes which have been withdrawn from use and used occasionally by the technical college. These include two Dasault Mercures and a Sud Aviacion Caravelle.

The current Zero-G aircraft (Airbus A310 F-WNOV) is also based here.

How to see the aircraft 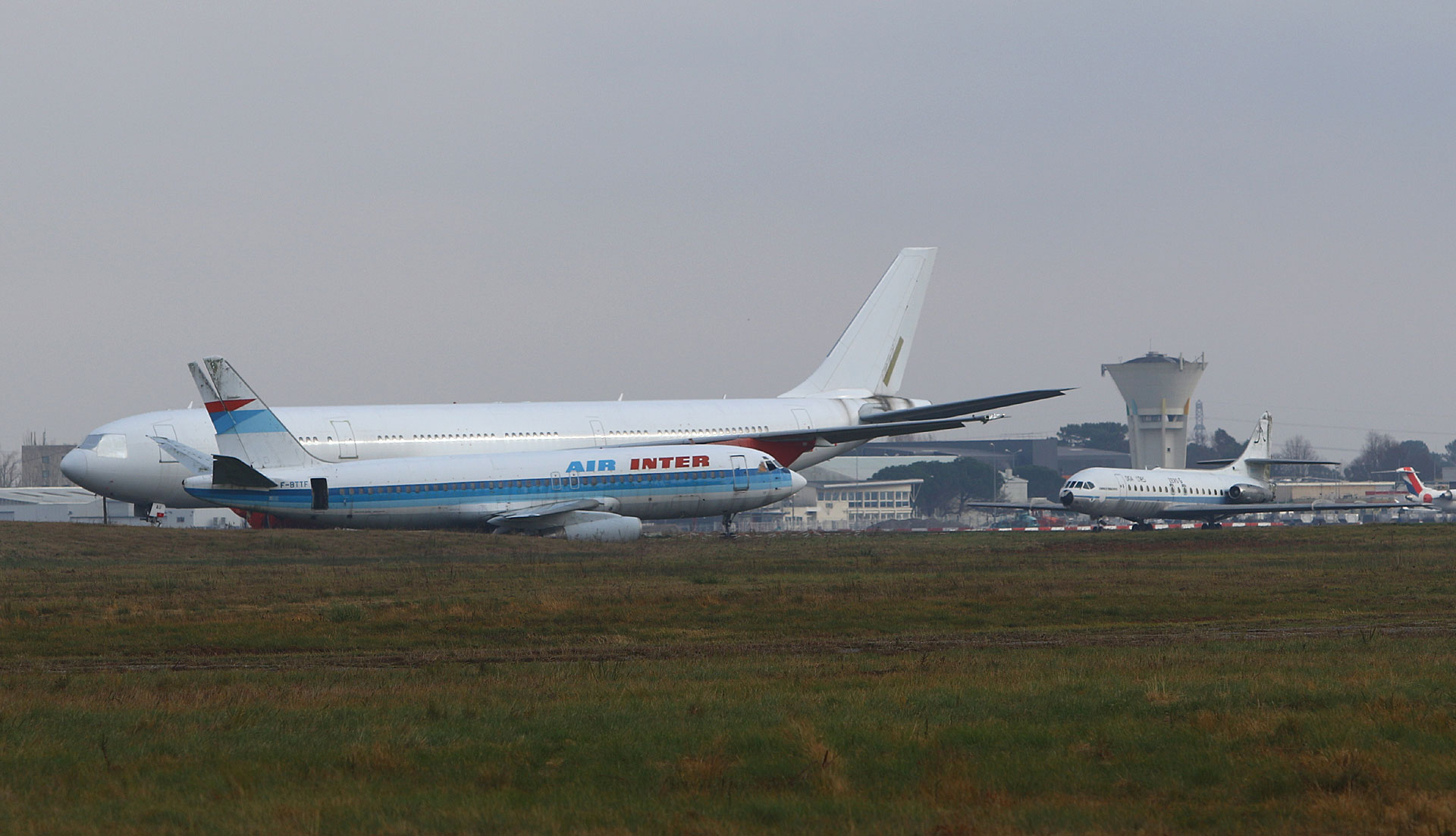 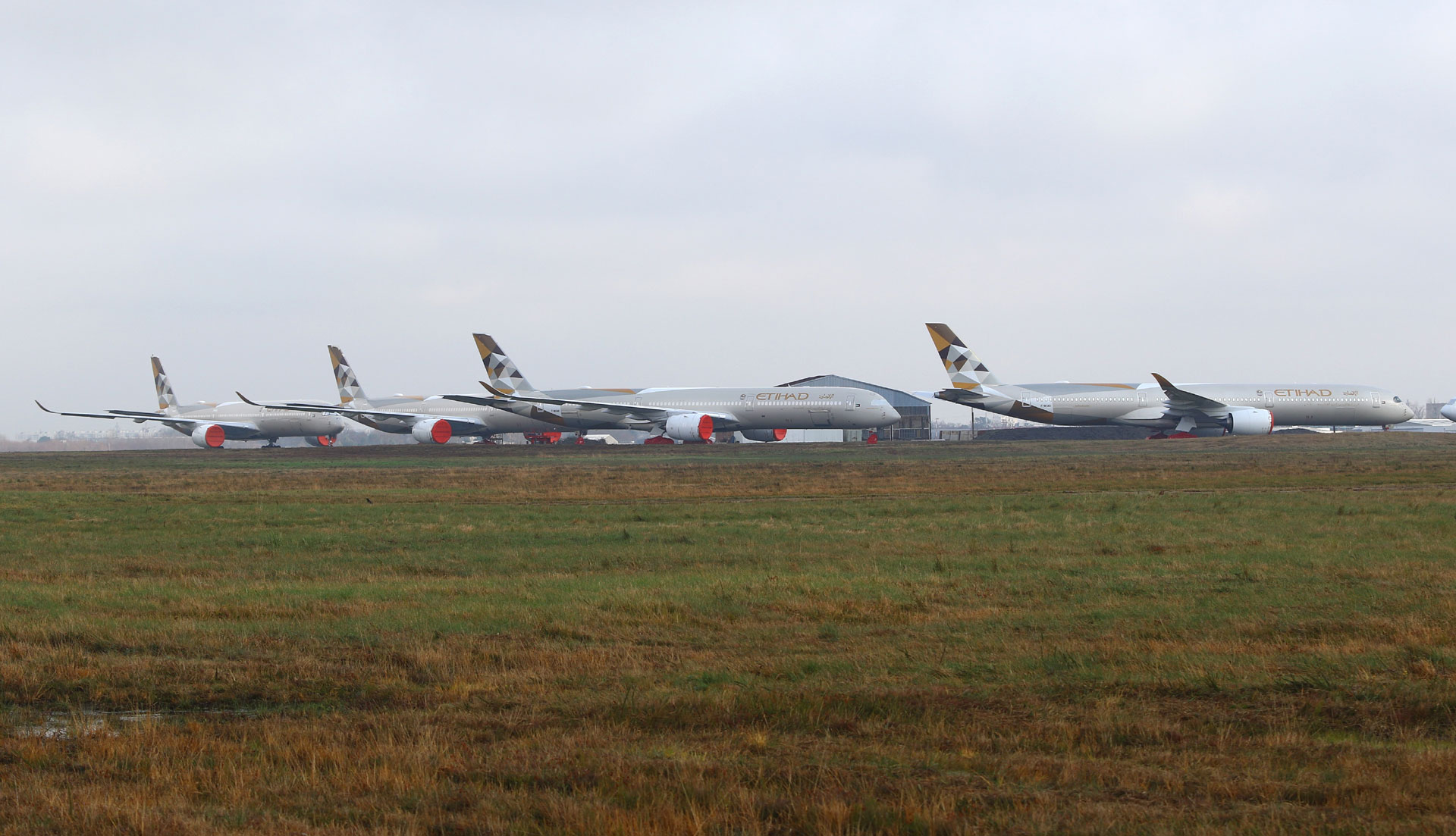 To view the storage and maintenance ramps, it’s possible to drive to an area of waste ground nearby. From the terminal head north, then west along the D213 around the rear of the hangars along the northern perimeter. Then turn left at the next roundabout (signposted Institut du Maintenance Aeronautique), and follow to the end. You’ll also see aircraft on the 05/23 runway from here, and can follow the perimeter track past the stored Dassault Mercure.

Thanks to Erik Ritterbach for the pictures here.