Airports come and go as the fortunes of the aviation industry and travel patterns change.

Across the world there are airports that no longer offer passenger service, or have been replaced by alternative airports serving the same location.

In Britain there are quite a few examples of these, which we’ll look at here. Many are still operating as general aviation airfields, while some have disappeared completely. 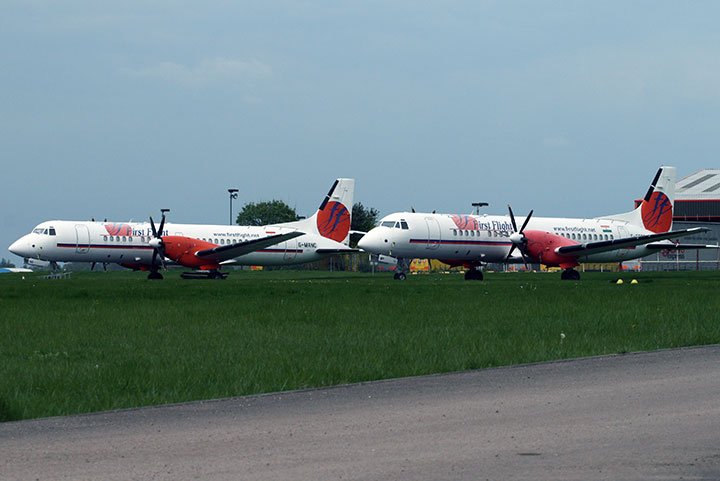 Located at Bagington in the West Midlands, Coventry Airport has always been an interesting place. For years it was the base for Air Atlantique and its motely collection of vintage airliners. It has also been popular with cargo and executive movements at times.

During the low-cost boom a temporary passenger terminal was constructed and flights started by Thomsonfly and Wizzair. These operated between 2004-2008, but were ended when planning permission for a permanent terminal was declined. 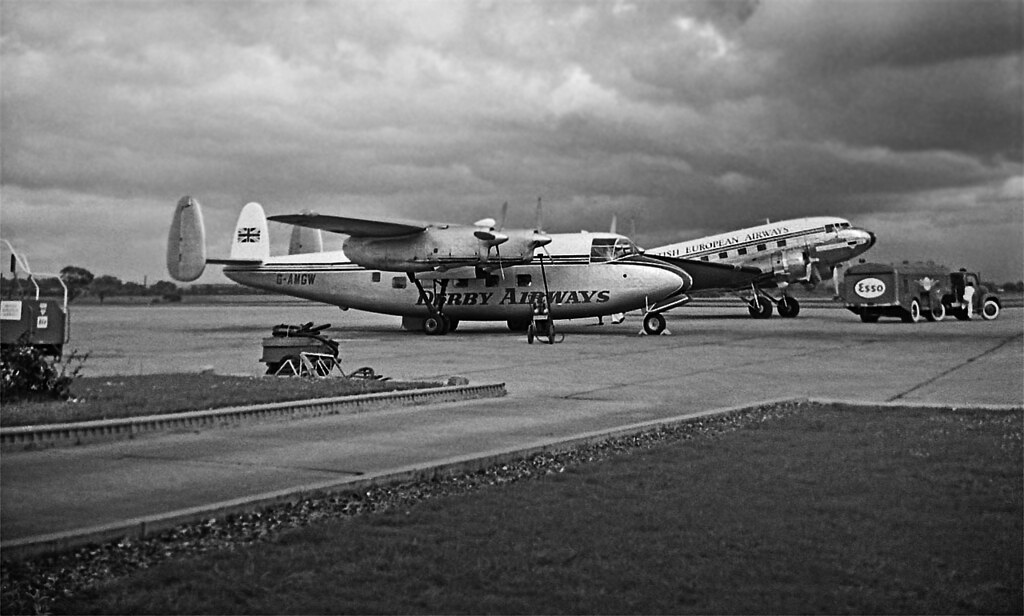 Less than 2 miles from the current Glasgow Airport in Scotland was Renfrew Airport. This was the main airport for domestic flights serving the city, and acted as a hub for British European Airways and flights to the Highlands and Islands.

It started life as a military airfield in World War I. As scheduled services started to grow, it became apparent that the site was too limited in space and, despite a new passenger terminal opening in 1954, flights were transferred to the new Glasgow Airport in 1966.

Today the side has been completely redeveloped, with the M8 motorway travelling along what was the main runway. 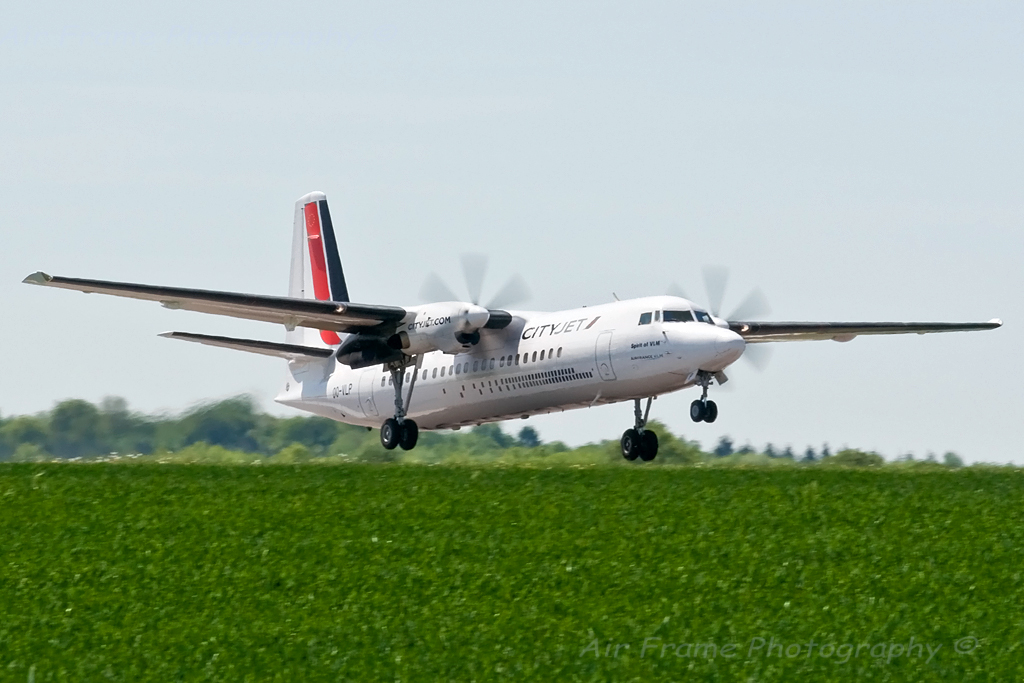 Located at Kidlington, Oxford Airport today is a busy hub for executive aircraft, as well as general aviation and flight training. Yet for a while it handled scheduled services after having rebranded as London Oxford Airport.

Flights to Dublin, Edinburgh, Geneva, the Isle of Man and Jersey all operated at different times, but all were ended by 2014.

The airport still hopes to attract new passenger services in the future. 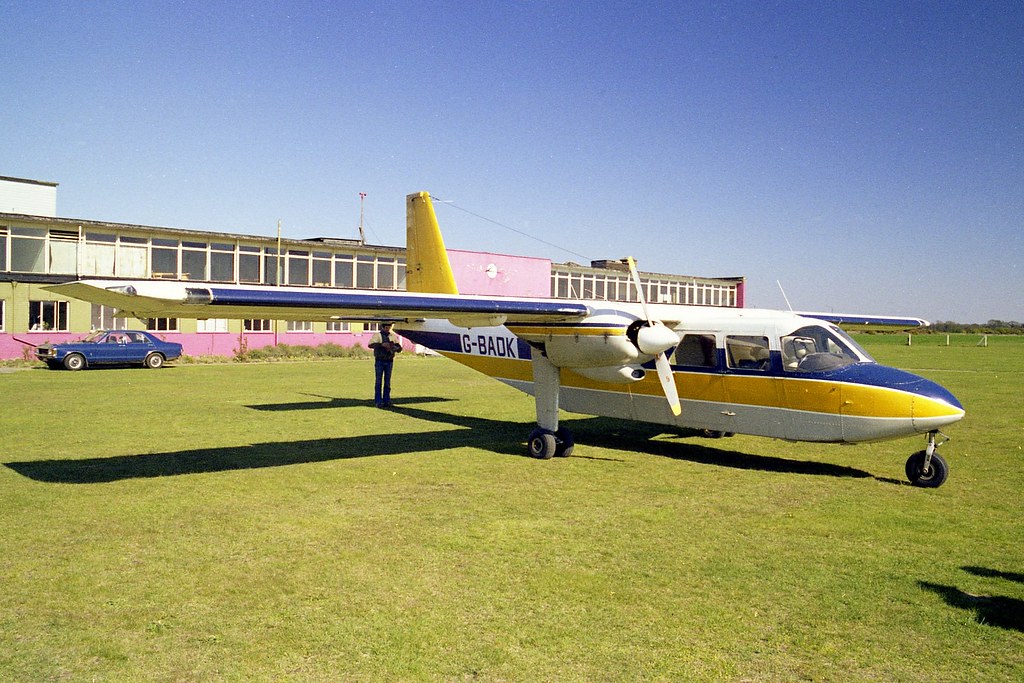 A former military airfield on the outskirts of Ipswich in Suffolk, this small airport saw scheduled airline services develop after World War II to places like Jersey, Manchester and Amsterdam.

However, in the 1990s the site was earmarked for redevelopment. The last aircraft left in 1998, and today only a part of the terminal building survives. 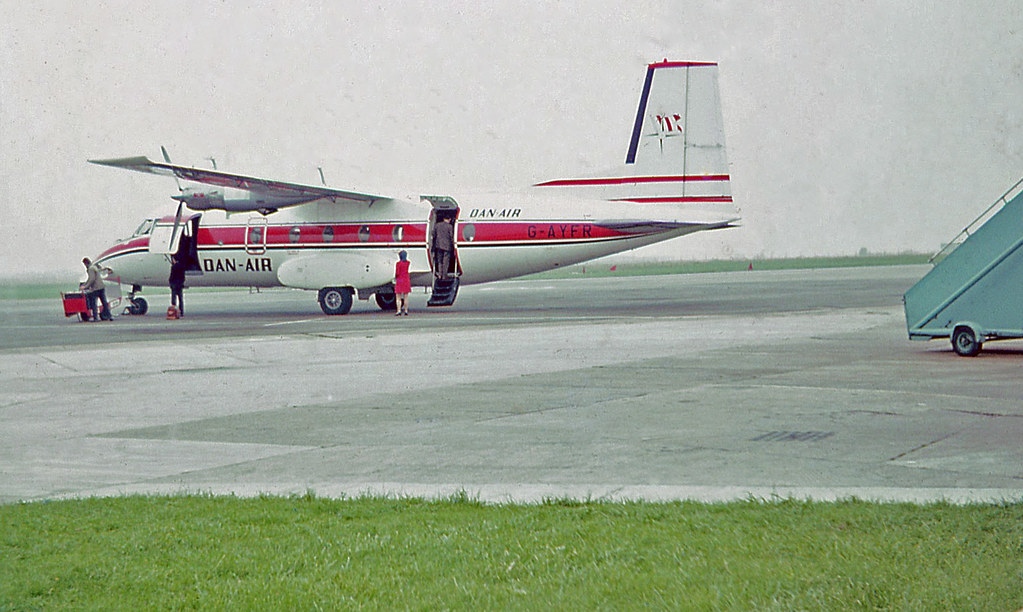 In the early 2000s Air Wales began flights to Amsterdam, Cork, Dublin, Jersey and London, but these ended in 2004.

Too close to Exeter and Newquay airports to make a big mark on the airline market, and restricted by short runways and surrounding built up areas, Plymouth City is one of Britain’s most recently-closed airports.

The airport was famously the headquarters of Brymon Airways, a British domestic airline operating turboprop aircraft, which later became part of British Airways.

It handled flights at various times to the Channel Islands, France, London and other domestic destinations. The final service, by Air Southwest, flew out in July 2011.

Technically mothballed, there are campaigns to get Plymouth City airport open again. 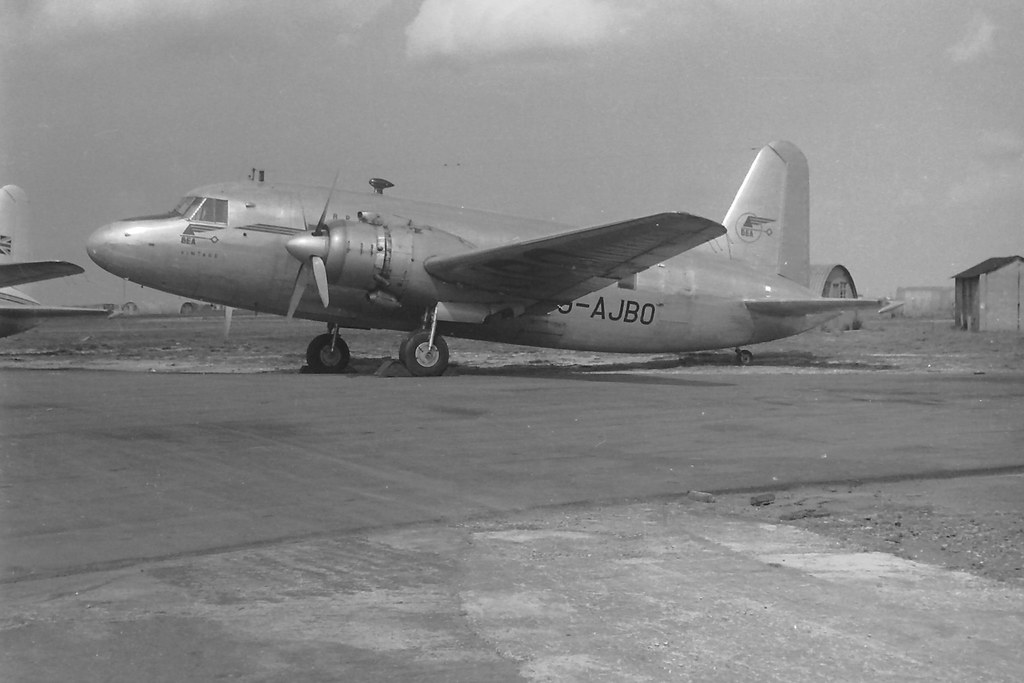 Blackbushe was once one of the main airports serving London. To visit today it is hard to imagine!

Built in 1942 for wartime service, it was used by airlines like Airwork, Air Contractors, Britavia and Silver City. Other airlines like BOAC, Pan Am and SAS would also use the airport regularly.

However, when Gatwick and then Heathrow airports were developed in the 1950s, Blackbushe finally closed in 1960. It later reopened as a general aviation and business airfield, which continues to this day. 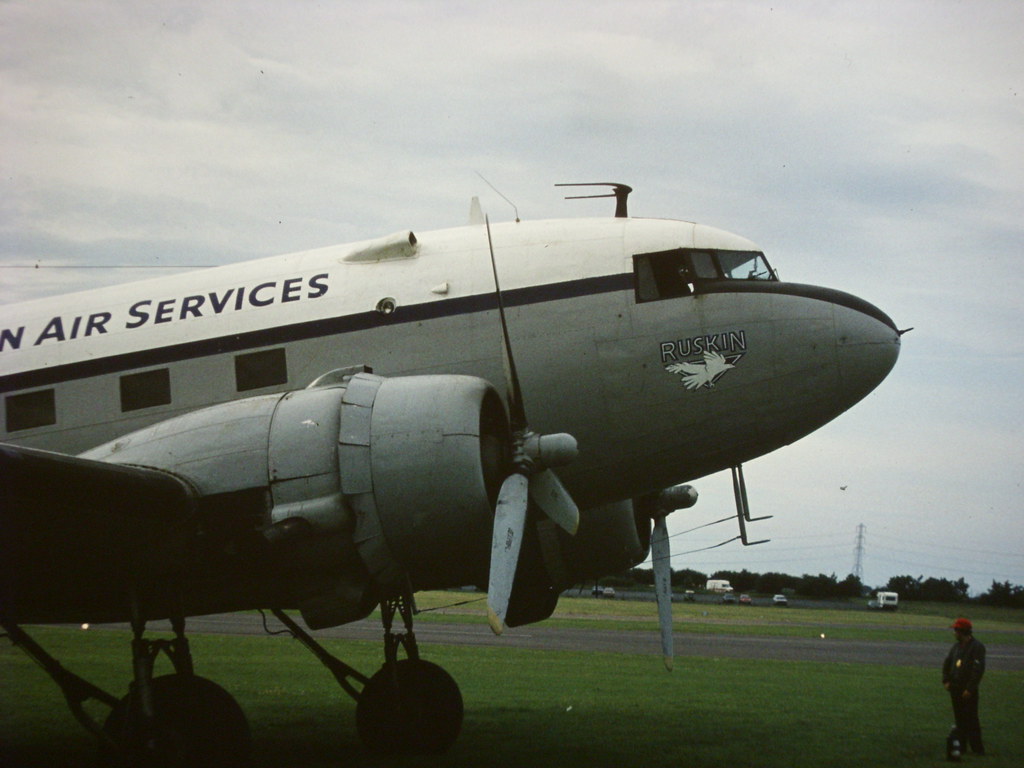 Known originally as RAF Usworth, this small airfield to the west of the city (and only a few miles from Newcastle) handled occasional airline services on domestic routes, and was a popular general aviation airfield.

However, its restricted area and the planned construction of the A19 motorway along part of its path led to its closure in 1984.

The site was sold to Nissan, who built one of Europe’s largest car plants on the site.

Alongside the site today is the North East Land, Sea and Air Museums which has an interesting collection of military and civil aircraft, including an Avro Vulcan which landed at the airport shortly before it closed. See https://www.nelsam.org.uk/ 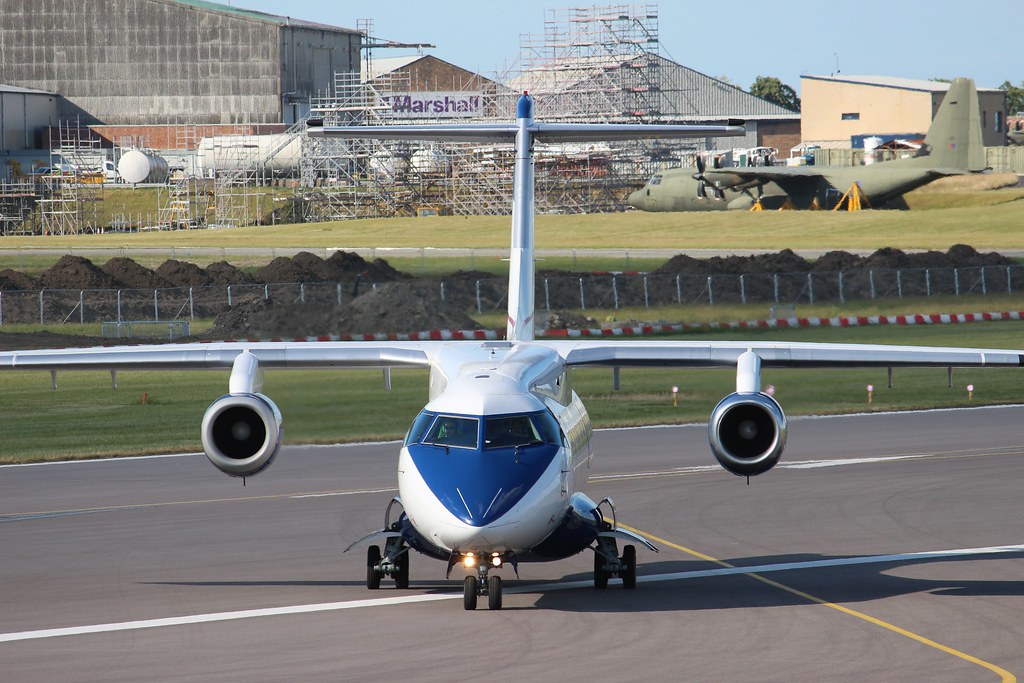 Nestled on the outskirts of this famous British city, Cambridge Airport is still a busy place today. Operated by Marshall Aerospace, it is not unusual to see large airliners and Hercules transport aircraft resident which are undergoing maintenance.

The airport is also home to four flying schools and is popular with biz jets.

Throughout its history there have been attempts to operate passenger services from Cambridge. The most recent was Sun-Air of Scandinavia, who linked it with Gothenburg in Sweden (largely for the local business community).

However, no scheduled services exist today and it is anticipated that Cambridge Airport will close by 2030 for redevelopment as housing. 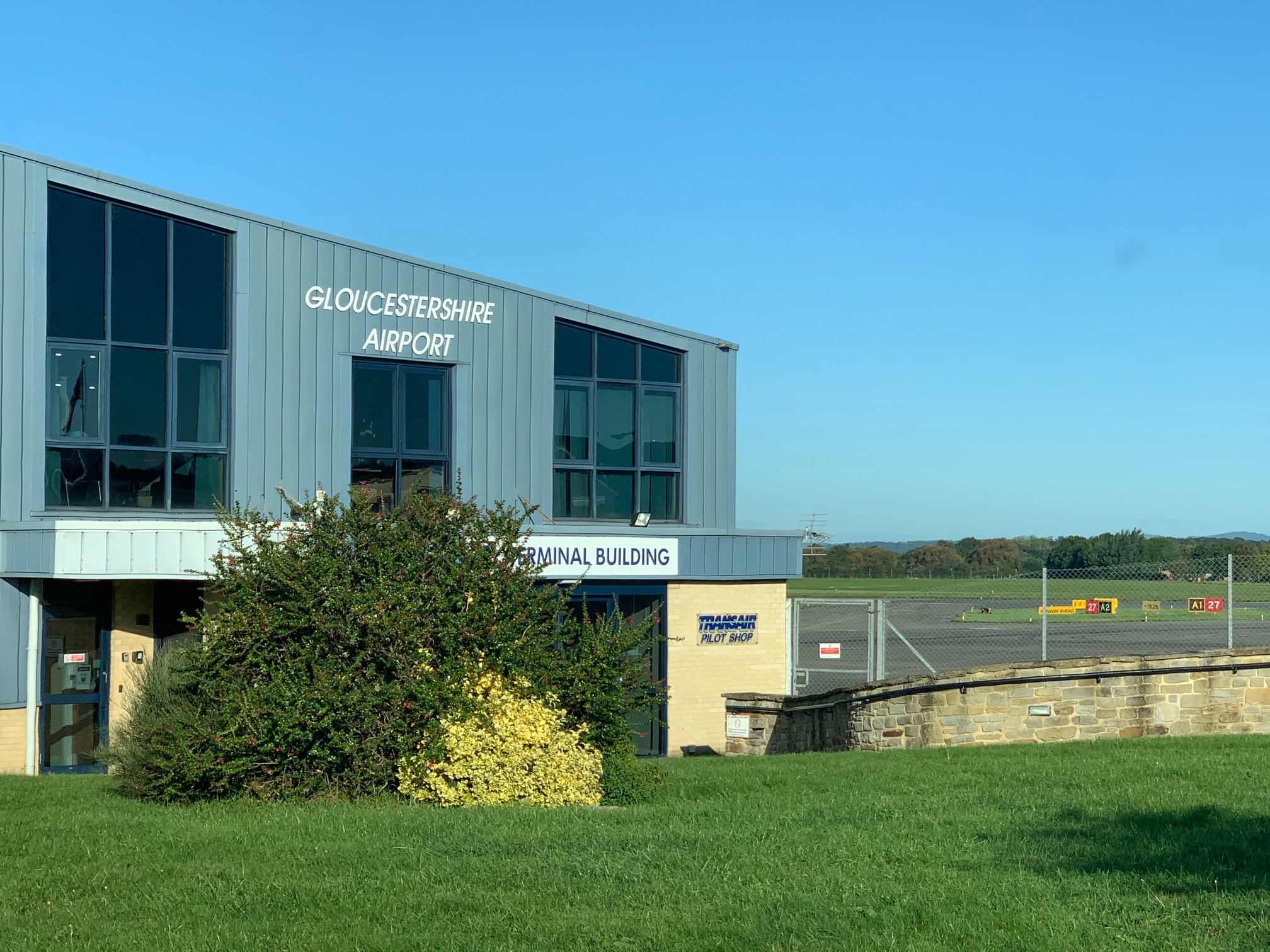 One of Britain’s busiest general aviation airports. Gloucestershire (previously Gloucester Staverton) in the south west of the country is a well-equipped airport with lots going on.

There is also the interesting Jet Age Museum to visit. (See https://jetagemuseum.org/)

A number of airline services have been tried over the years, including links to the Isle of Man and the Channel Islands, on seasonal holiday routes. Most recently Citywing flew out of the airport, until ceasing in 2017. 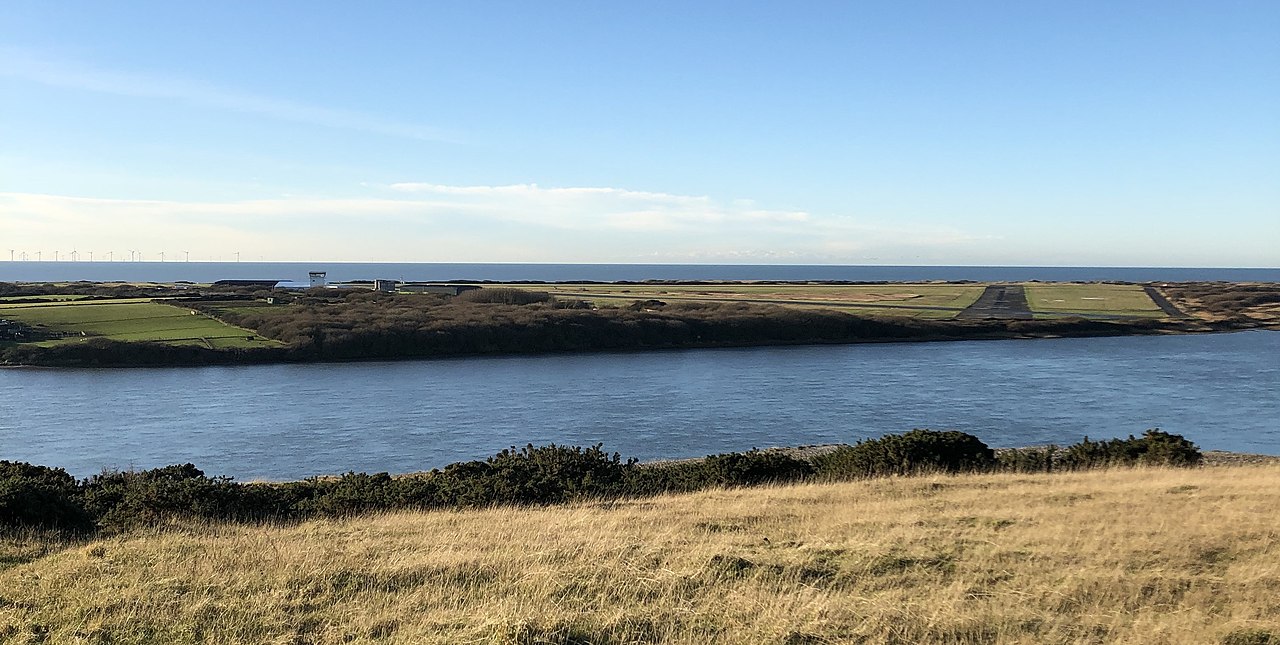 Located at Barrow-in-Furness in Cumbria, one of the remotest parts of England, this airport was built for wartime service.

After the war it was used for constructing huge airships.

During the 1980s and 90s airline services were offered to Edinburgh, Carlisle, Liverpool and Manchester. But these have since ended, despite upgrades to the airport and calls for a service to London.

Today the only operator is BAe Systems ferrying workers on private aircraft between their site in Barrow and other sites around the UK. 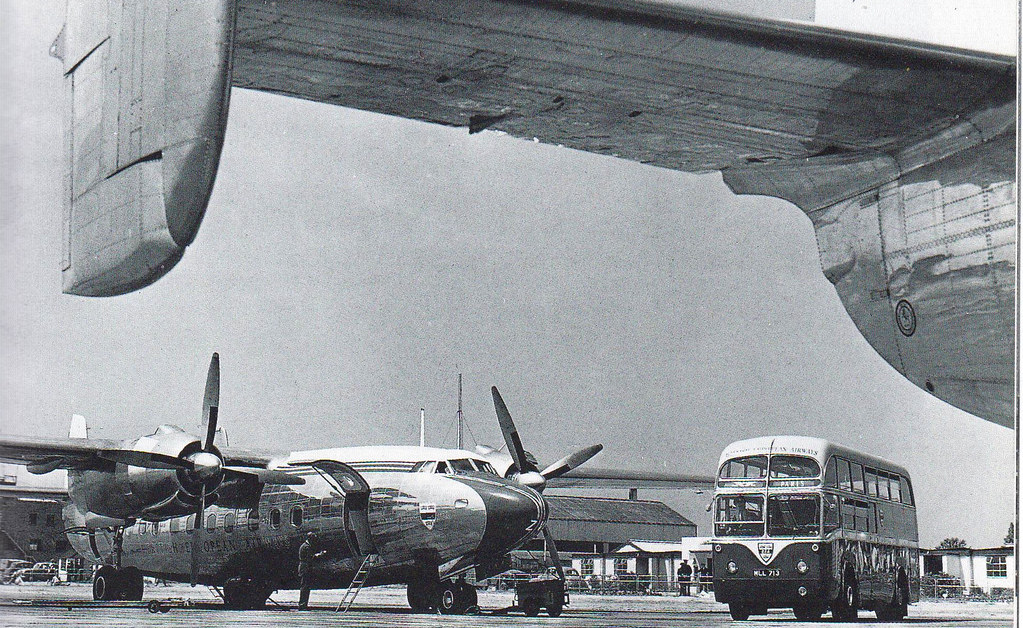 Prior to Heathrow’s construction, Northolt was one of London’s main airports. It was home to British European Airways and their domestic and European services, and also saw flights by Aer Lingus, Alitalia, SAS and Swissair. This was the era of piston-powered airliners. These mostly ceased when Heathrow opened in 1954, however it is still a very interesting airport today. 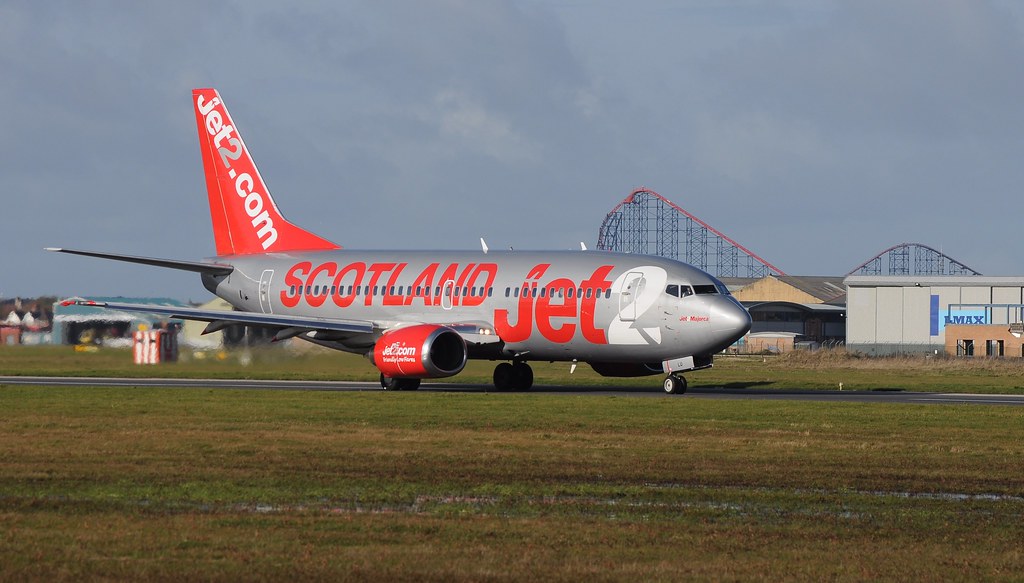 Blackpool serves the tourist destination in England’s North West. It’s a popular hub for general aviation and helicopters ferrying workers out to oil rigs in the Irish Sea.

It often had scheduled domestic services and links out to the Isle of Man, and between 2005-2014 was home to a Jet2 base. Other airlines operating here included Aer Lingus, Monarch and Ryanair.

However, the passenger terminal has now been demolished and Blackpool looks unlikely to attract new passenger services in the near future.

Did you fly out of any of these airports as a passenger when they were still open? Why not leave a comment and share your memories below.

Well, I have only flown out of one of them, Renfrew, BFS/GLA/BFS in Nov 59 on BKS DC-3 G-AMSH for the Motor Show.
Been to COV, Plymouth, Blackbushe, Cambridge and Staverton in recent years, all of course still operational.
I have been to the now gone Wisley, Wymeswold , Filton, Hatfield and Radlett, to name a few..

Great article with some wonderful old photos. How about including Shoreham (Brighton City) from where a number of airlines have flown over the years, as recently as a few years ago with Brighton City Airlines and their LET410s?

Really interesting. I remember staying with a penfriend in Northolt in 1972 and we sneaked into the airfield and sat watching the goings on 😃 don’t remember much about it now but saw some of the planes and we didn’t get thrown out!

I flew from Coventry to Venice with Thomsonfly and it was very smooth despite having no proper terminal. I’m surprised Ashford Lympne isn’t on the list. I flew Skyways to Beauvais in the early 70s, it was very cheap and quite user friendly.

What about Manston – Kent International, particular as it looks like making a comeback. It had operated charters for many years and scheduled services from 2004-06.

How about 1. Sheffield city airport. I believe it had Air UK flights, Visited in May 98.
2. Penzance heliport with scheduled BIH flights. If include helicopters need to include North Denes & Beecles with British Airways and Bristow on gas flights.