Where Are CityJet’s Sukhoi Superjets Now? This month CityJet suspended flying its Sukhoi SSJ Superjet aircraft for Brussels Airlines following a disappointing spell of serviceability and reliability issues which meant flights were often delayed or grounded.

CityJet has retained the contract to fly these services for Brussels Airlines, albeit now using Bombardier CRJ aircraft, which seem much more popular.

As the only airline flying the Sukhoi Superjet in Western Europe, we wondered what happened to these aircraft and where they are now?

CityJet operated seven of the aircraft in total, both on its own services (mostly charter work). Four of these aircraft were painted in full Brussels Airlines colours and based out of Brussels Airport on European services.

Following their retirement, here’s where the CityJet Superjets are located now: 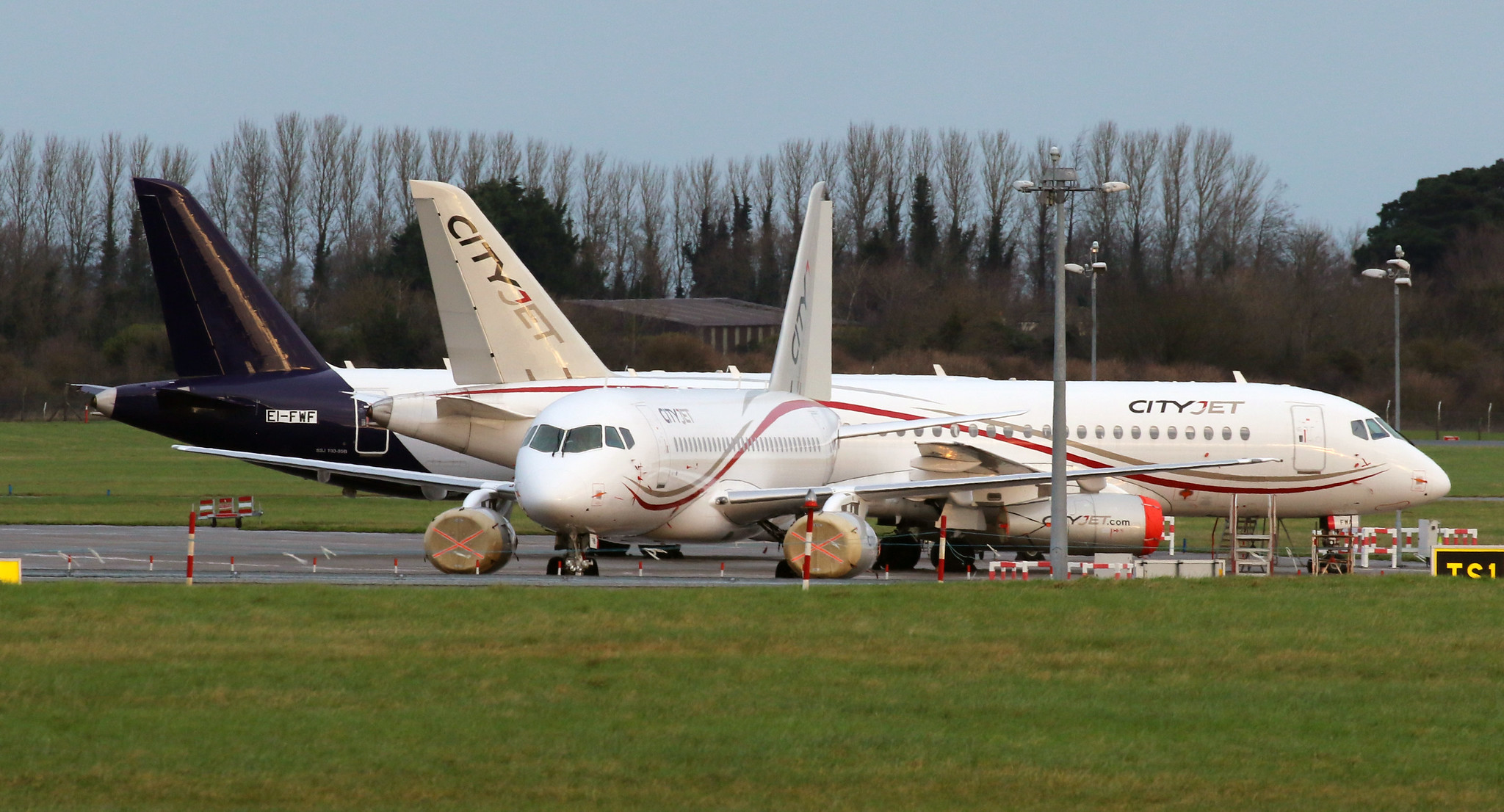 The future for these two-year-old aircraft is uncertain. Perhaps one of the other Superjet operators will snap them up.

Did you ever fly on one of these aircraft? What was it like? Leave a comment below!

London Stansted North Side Out of Bounds

Flew once, SU flight from SVO to WAW in business class. Super. I was really impressed.

I flew SSJ100 several times from Moscow city. The passenger comfort is very good, the cabin width with 2+3 seats abreast is wide enough. I felt like I flew Airbus A320. I like this aircraft as a passenger.

I flew a couple of times on Brussels liveried flights from Italy. Comfortable enough though I particularly did not like the high seat to window line position which meant crouching down to be able to get a view out.

I flew Birmingham-Brussels on EI-FWE in June 2017. I found the seating comfortable. Window line a little low. Slightly higher noise level than other aircraft. Overall, a pleasant flight.

I flew six times from Brussels to Hanover, Bologna and Warsaw and back. Nice and very comfortable. Much more comfortable and strikingly more modern cabin than CRJ or Embrayer. Very stable in flight. It’s a pity I won’t have chance to fly by this aeroplane any more..

This airplane’s availability suffered more from of a lack of spare parts or long time spare parts delivery as well than the direct consequences of failures. Also the lack of experience technicians in many cities extended many of the outages to an unacceptable level causing City jet to return the SSJ’s to Sukhoi. A combination of these two factors resulted in extended aircraft downtime. In addition to these problems areas, one must consider the severe lack of Sukhoi centralized maintenance center to analyse and dispatch aircraft problems as they occur with the severe consequences that the airlines was often left to its own maintenance capabilities without a technical support from the constructor. Such a maintenance and monitoring center in now being implemented in Moscow to look after technical issues as they occur on a 24/ 7 basis. All other aircraft manufacturer provide this one window service to their clients but sukhoi culture and background was the main cause of this aircraft failure to meet its client expectations.

[…] the contract had the aircraft flying with Brussels Airlines until March 2019, Airport Spotting reports that the carrier had to suspend its SSJ100 operations a few months early, following a […]

To use russia built equipment now it’s morally equivalent to use Germany built stuff in WWII times. Faschist countries. In addition everything that built in russia is crap