German leisure airline Condor has today revealed and exciting and very unusual new livery which will be rolled out across its fleet.

The new livery features vertical stripes running along the aircraft from the nose to the tail fin, with five different colours that will be used across the fleet – yellow, red, blue, green, and beige.

Fans of the existing grey and yellow scheme will be pleased to see they are retained as colours, albeit in a different design. And the familiar signet, the condor in a circle, is also retained.

This emblem goes back to one of Germany’s most influential designers, Otl Aicher. It has been given a facelift, with finer and more dynamic lines, and  can be found on the tail of the aircraft.

The Condor lettering has also been adapted: It is now more compact, and the new lower case has made the word mark more independent and consistent with the image. The logo appears in high-contrast black on the fuselage of the aircraft.

“Condor has undergone a transformation over the past two and a half years: From a subsidiary of a vertically integrated travel group to an independent airline that looks back proudly on its history and tradition, while at the same time embarking on the path to the future. We want to express this unmistakably through our corporate identity: Condor is vacation and Condor is unmistakable – like our new design, with which we are now launching into the future,” says Ralf Teckentrup, CEO of Condor. “Our new trademark are stripes, our figurative mark stands for our origin and the colors for diversity. This triad is new, what remains is our passion. It has always made Condor unique and is therefore also reflected in our claim: Passion is our compass.”

Condor, which was previously part of both the Lufthansa and Thomas Cook Groups, today is operated by an investment firm, followin the collapse of Thomas Cook. It flies from various German airports, with hubs in Berlin, Dusseldorf, Frankfurt, Hamburg, Leipzig Halle, Munich and Stuttgart, plus Zurich in Switzerland. 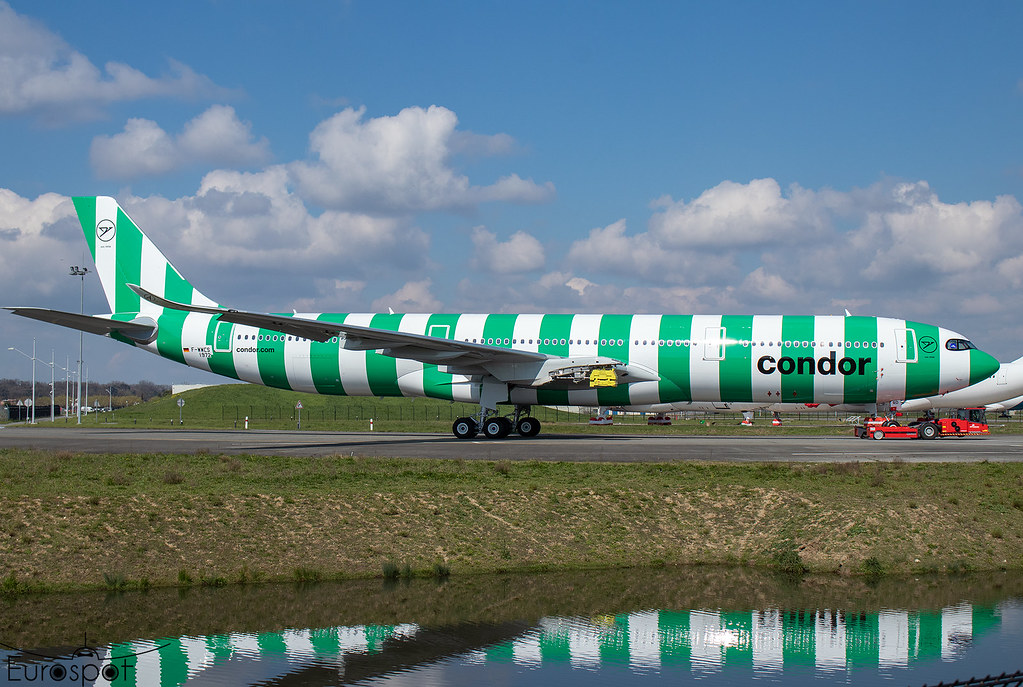 So far two aircraft have been painted in the new stripes.

The first aircraft to wear the new livery is an Airbus A330neo aircraft – the first that that will join the airline – at a rollout ceremony in Toulouse, France. It wears green stripes. 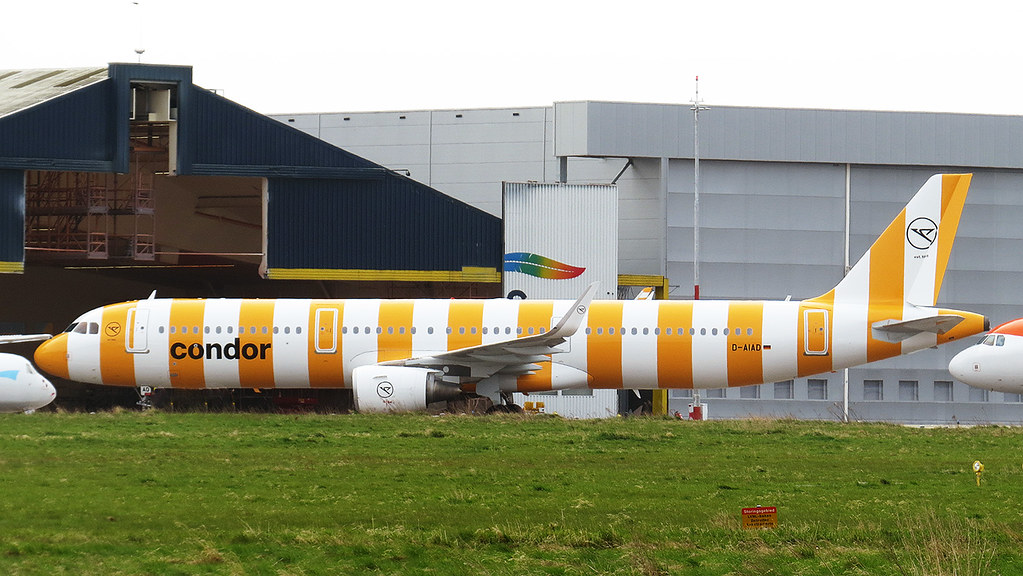 Also, Airbus A321 D-AIAD now features the yellow stripes and will be seen in service from 5 April.

What do you think of the new Condor livery? These things always take time to settle in, but this one is definitely different! Leave a comment below…

Very unlike a German carrier, full marks for trying something different, to get away from the usual white body and a coloured tail, with a motive!

You certainly will be able to tell what airline that is! Kudos to the marketing on that.

It is certainly different and is a change from all white bodies with a coloured tail and stylised titles, but not sure that I like it…..

One word…”.horrible”
What on earth were they thinking….sorry, back to the paint shop !

Very bold and catchy livery. Condor have done away with the usual horizontal cheat lines and traditional Eurowhite liveries for something that will certainly standout on an airport apron!

I welcome liveries which aren’t just plain white with a logo… it’ll be awesome once they adapt their soft product & service pulling the deck chair and beach towel inspired branding onboard the aircraft. 👀