In 2019 I had the privelege of visiting Duxford to witness more DC-3s than I’d ever seen in one place perform displays and depart for a re-enactment of the D-Day landings by flying across to northern France.

(You can read a report on that event here)

Much of that collection of DC-3s (and military C-47 variants) was made up of the D-Day Squadron – a contingent based in the United States which had made the journey across the Atlantic especially to commemorate the 75th anniversary of D-Day, as it was at the time.

Now, with the 80th anniversary fast approaching, the D-Day Squadron has announced it will once again head over to European shores, with many aircraft expected to attend.

“Having led the DC-3’s journey to Europe in 2019, the D-Day Squadron earned a global presence that’s provided our organization to grow, multiply our DC-3 presence and even launch the DC-3 Society where we actively aid operators and enthusiasts with maintenance, operations, airworthiness, and displays,” shared Eric Zipkin, director of operations and mission chief pilot for the D-Day Squadron. “We won the War because of our logistical abilities, it’s only appropriate we, as the stewards of this noble aircraft, continue to fly and maintain the very airframe that was the backbone to achieving victory.”

The Commemorative Air Force (CAF), the World’s Largest Flying Museum, is one of the organizations that will collaborate with the D-Day Squadron for the tour. CAF President Hank Coates said, “We are excited to work with the D-Day Squadron on another mission to Europe. When we participated in 2019, it was wonderful to see how many people were impacted by seeing our aircraft and aircrews paying tribute to these important moments in history.”

When Will It Happen? 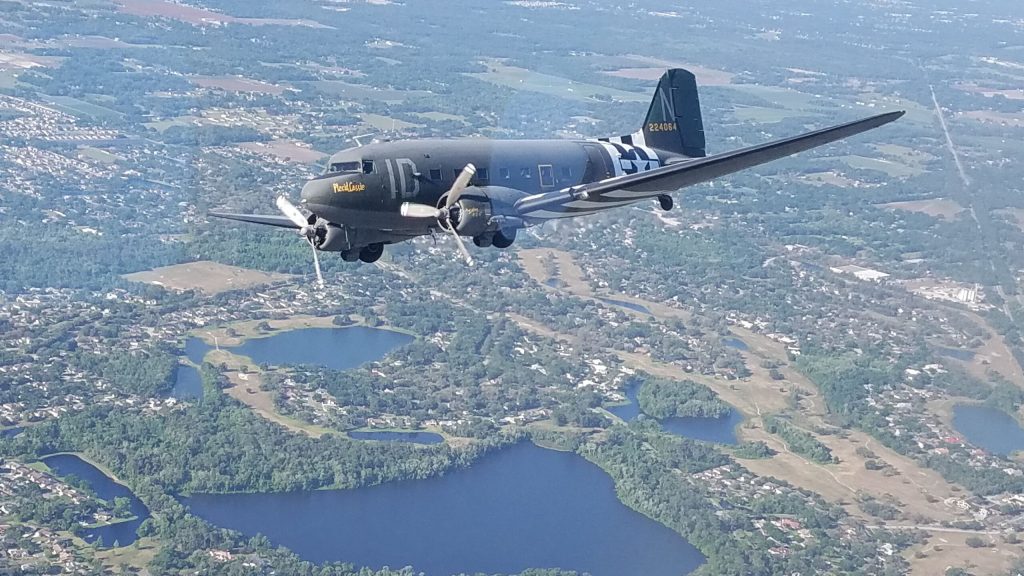 No date has been announced yet, but the event is likely to take place on or around the 80th anniversary, which is on 6 June 2024.

The host airfield has not been announced yet, either.

Last time, the squadron visited numerous airfields on their journey to Duxford, and performed various displays in Europe. I’d expect this to be the case again.

Keep an eye on https://ddaysquadron.org/ for updates.