Delta Air Lines is celebrating an 8-year commitment to supporting Team USA in Olympic Games events by unveiling a special livery on one of its aircraft.

Airbus A330 N411DX was rolled out at a ceremony honoring the global carrier’s commitment to connect athletes with their dreams as the official airline of Team USA. The Team USA-inspired A330-900 celebrates Delta’s new eight-year partnership with Team USA, which runs through the LA28 Olympic and Paralympic Games. 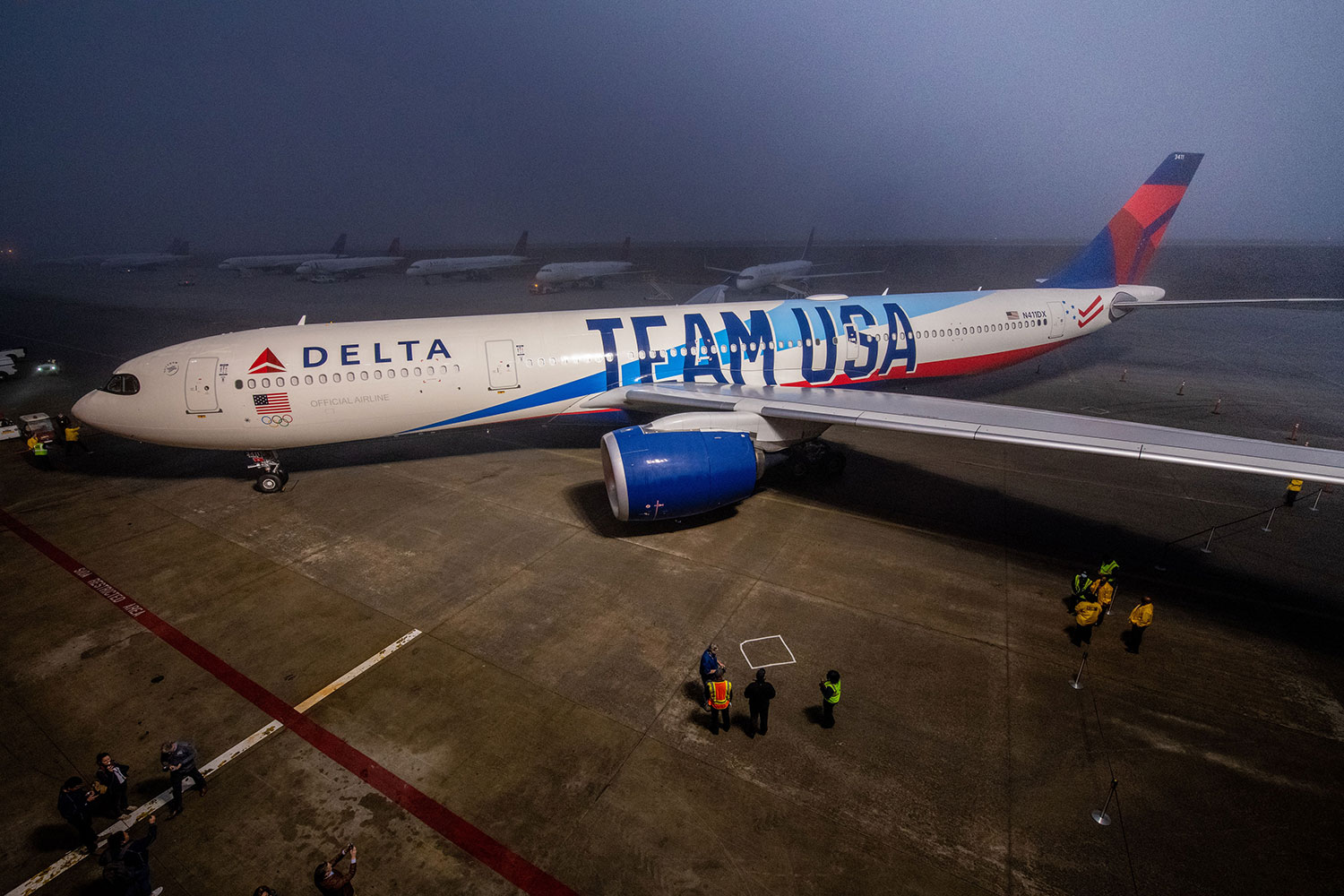 The custom livery was designed by Shane Edwards, Delta’s Product and Experiential Design Manager, in collaboration with the airline’s in-house creative team, Window Seat. Unique Team USA design elements that are incorporated throughout the livery were developed by Carey McKay, Delta Art Director and Graphic Designer, and will also be featured in various Delta visuals, materials and platforms both in flight and on the ground. 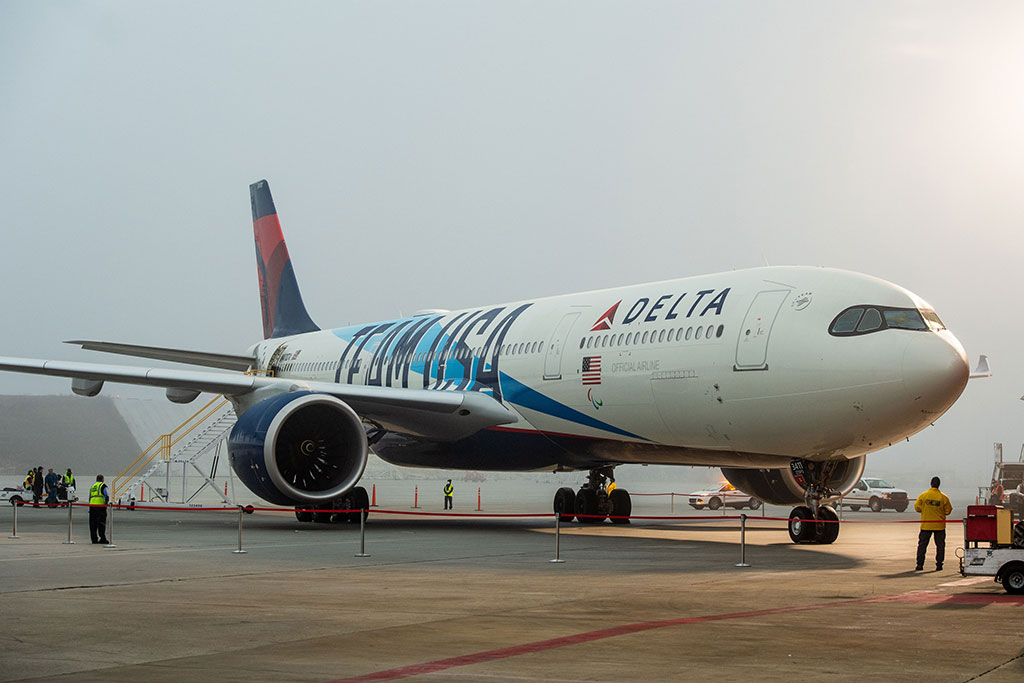 “The team opted for a clean, classic design to promote the partnership between Team USA and Delta,” Edwards said. “The Team USA logo is prominently featured, along with a blue gradient that represents the sky and ‘rise to the top’ with a grounding red element representing the resilience needed to get there.”

The custom paint design, which will start flying Dec. 18, will be assigned primarily trans-Atlantic and trans-Pacific routes.