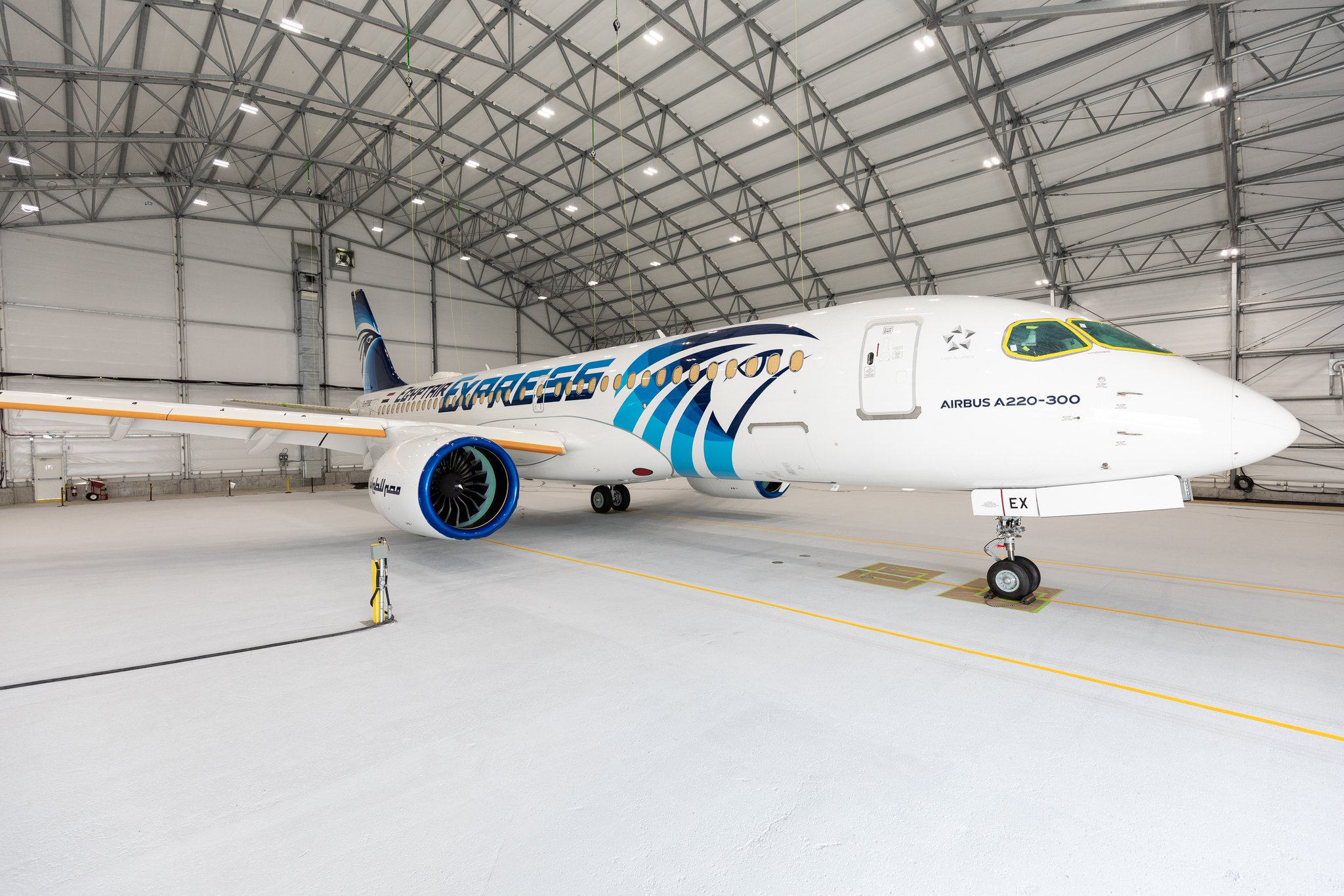 EgyptAir will become the next Airbus A220 (formerly CSeries) operator when its first aircraft is delivered next month.

The airline has 12 A220-300 aircraft on order, with the first pictured here recently having received its paint in Montreal prior to flight testing.

All of the carrier’s A220s will be operated by EgyptAir Express, and will ultimately replace the carrier’s fleet of Embraer 170LR aircraft.

According to ch-aviation, the A220s will be used on routes from Cairo International to Aswan (weekly), Luxor (9x weekly) and Sharm el Sheikh (weekly) from 6 September 2019, gradually increasing frequencies and destinations as more aircraft are delivered.