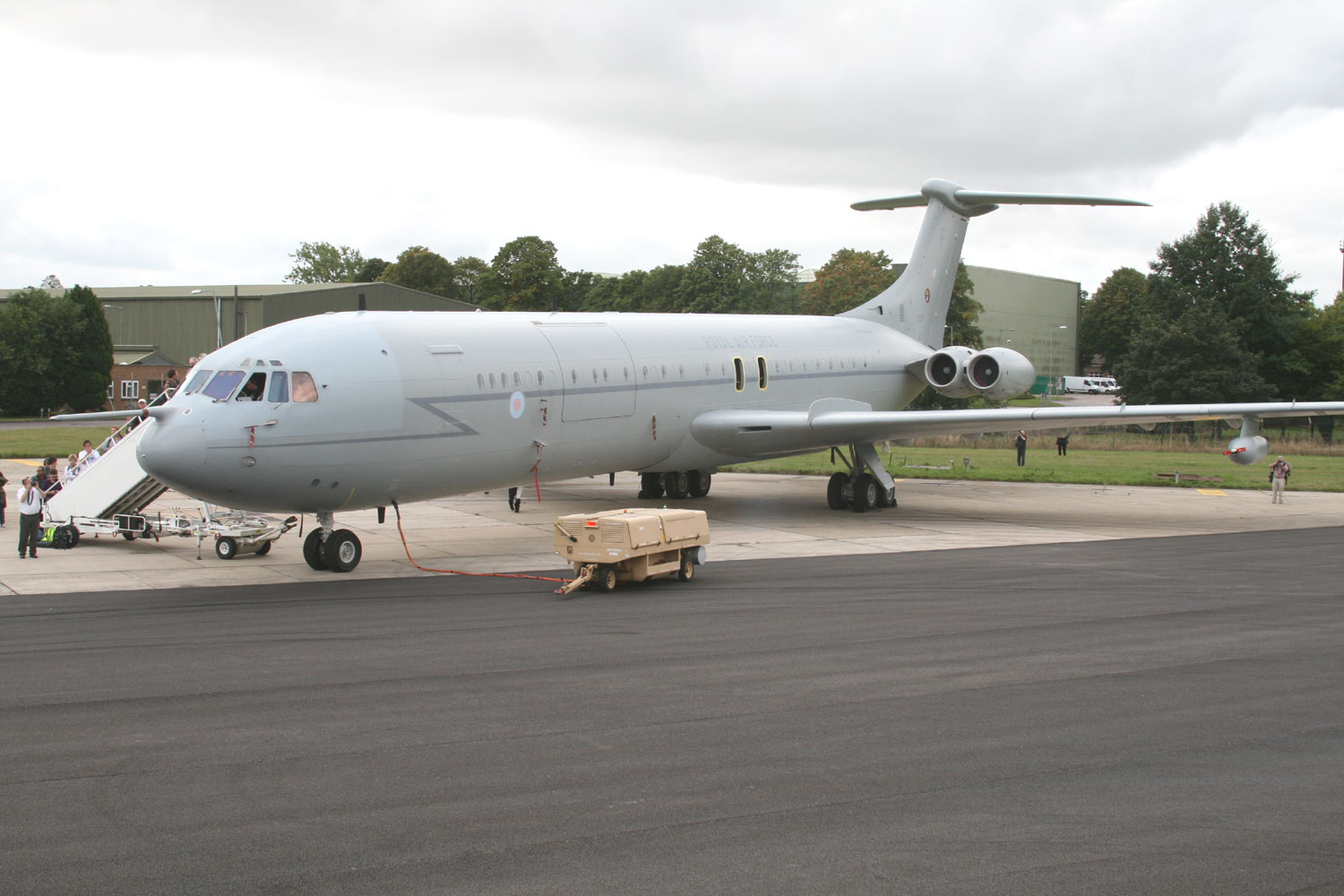 Last weekend I was one of the lucky few who got to pay my respects to some of the RAF’s workhorse transport aircraft, coinciding with the actual retirement of the Vickers VC-10.

The open day was organised by 216 Squadron, with the intention of giving access to the VC-10, Lockheed L1011 TriStar, and the C-130 Hercules, all of which are to be retired in the near future. It was also an opportunity to raise some funds for the RAF Benevolent Fund.

The last two remaining VC-10s flew their final tanker missions on Friday 20th September, and upon arrival at Brize Norton ZA147 was parked ready to receive guests, whilst ZA150 was visible in the distance. Visitors were permitted to enter each of the aircraft and look around, and also to sit in the cockpit seats to have their picture taken. Helpful crews were on hand to answer questions and explain the aircraft, with many being asked what their future holds personally. “easyJet” one said, whilst others announced “Desk job. I’ve done plenty of tours now!”

It was interesting to see the interior of the VC-10, which is fitted out with huge fuel tanks for refuelling other aircraft. It still retains a small section of rear-facing crew seating behind the cockpit. One of the two remaining aircraft is flying to Dunsfold today (Tuesday 24th September), and the other to Bruntingthorpe tomorrow (Wednesday 25th) on what will be the last ever VC-10 flight. The first ever flight was 51 years ago in June 1962. Both of these aircraft are likely to be scrapped, although the Dunsfold aircraft may be sent by road to a museum. Whilst I’d been inside other VC-10s before (albeit in museums), I’d never set foot inside a L1011 TriStar before, so it was just as interesting to get inside ZE705. This aircraft was built for Pan Am as N509PA and flew with them for four years until the RAF bought them in December 1984.

Many of the fittings remain as they would have been when in civilian use, including a large area of ten-abreast seating. The forward cabin is set up with stretchers to transport injured personnel. The crew told me the type will be retired from the RAF in 2014, but the fate of the aircraft is not yet known.

After the personnel on hand kindle removed all equipment for an hour to allow visitors ‘clean’ pictures of aircraft, I visited Hercules XV303 which features seating along the sides and central area of the cabin, and a huge rear door. These aircraft are likely to be retired by the end of 2013. Whilst enjoying these older aircraft, it was good to see the modern replacements active in the background at Brize Norton, including the Airbus A330 Airtanker and various C-17s. There were also two white HiFly Airbus A340-300s parked in between troop charters.

Thanks to 216 Squadron for their invite to the event – something very memorable and a last chance to experience these classic aircraft, particularly the VC-10 which will never again be seen in our skies.

Here’s a selection of pictures from the day: