Situated just metres from Mackenzie Beach lies the Flamingo Beach Hotel, which, along with the neighbouring apartment complex have a number of rooms which have fantastic views out to sea but more importantly the approach to runway 22 at Larnaca International Airport – Glafcos Clerides in Cyprus.

Larnaca has a broad selection of European visitors with a heavy Russian presence alongside the more common western charter and scheduled airlines. 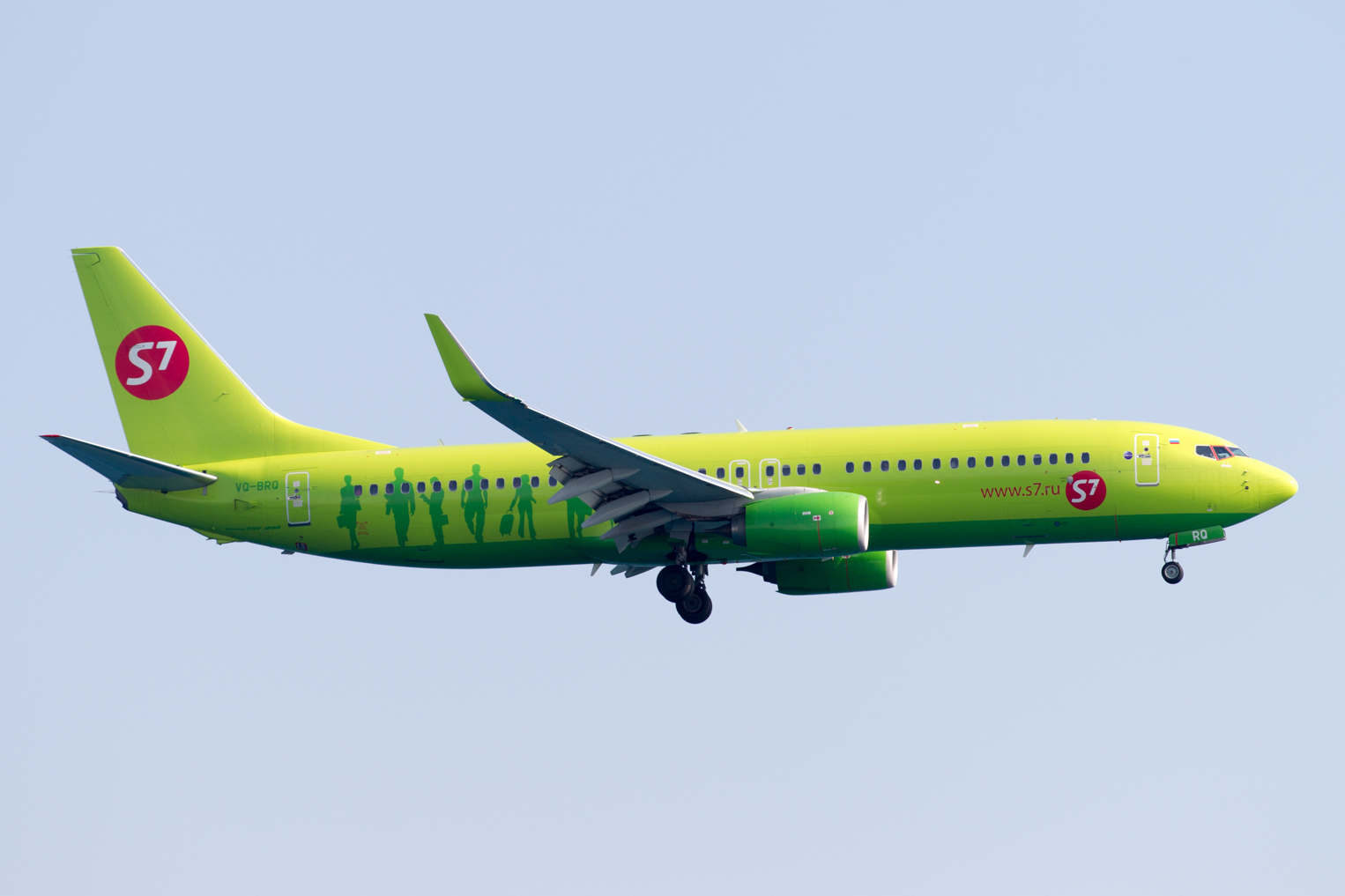 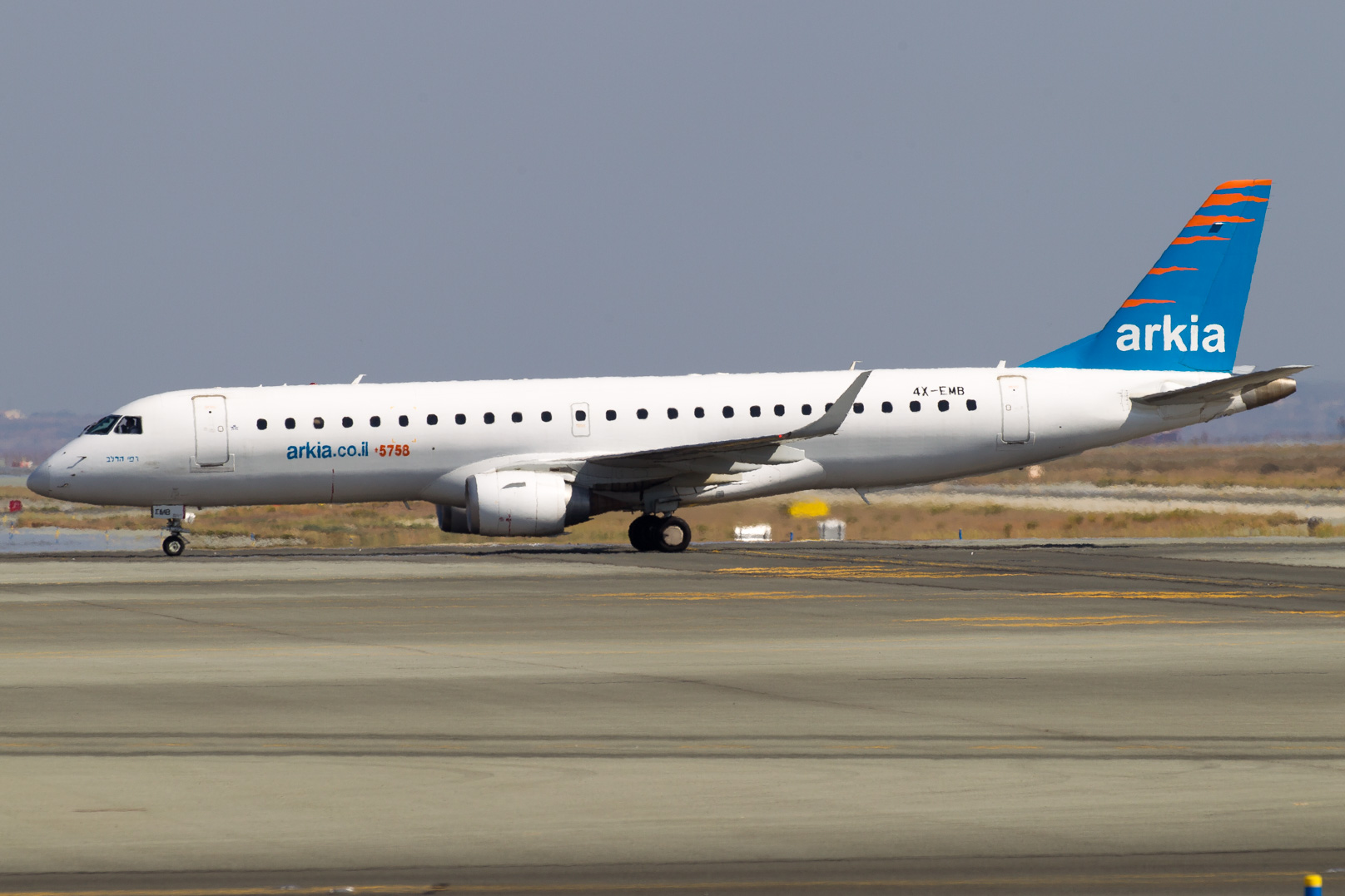 Russian visitors include Rossyia, Orenburg, Aeroflot, S7, with surrounding countries also represented by the likes of Ural Airlines being one example with A320 equipment.

Israel and the Middle East are well represented although utilising equipment rarely seen in mainland Europe. Royal Jordanian and Arkia ERJ195, el al up 737, Qatar A320/321 are some examples.

Cargo flights are not plentiful. ASL Aviation operates a 737 which day stops until its departure later that night.  Biz jets are quite plentiful with many larger types such as 737 and 767 alongside Gulfstreams, Challengers and Hawkers and if you are lucky the odd Tupolev Tu-204.

The hotel is situated 3 miles (5km) from the terminal on Piale Pasha Avenue a regular short bus ride from the airport (No 425) which at €1.50 is quite an easy and cheap way to transfer after arrival even though the bus stop is about a five minute walk to the hotel itself. 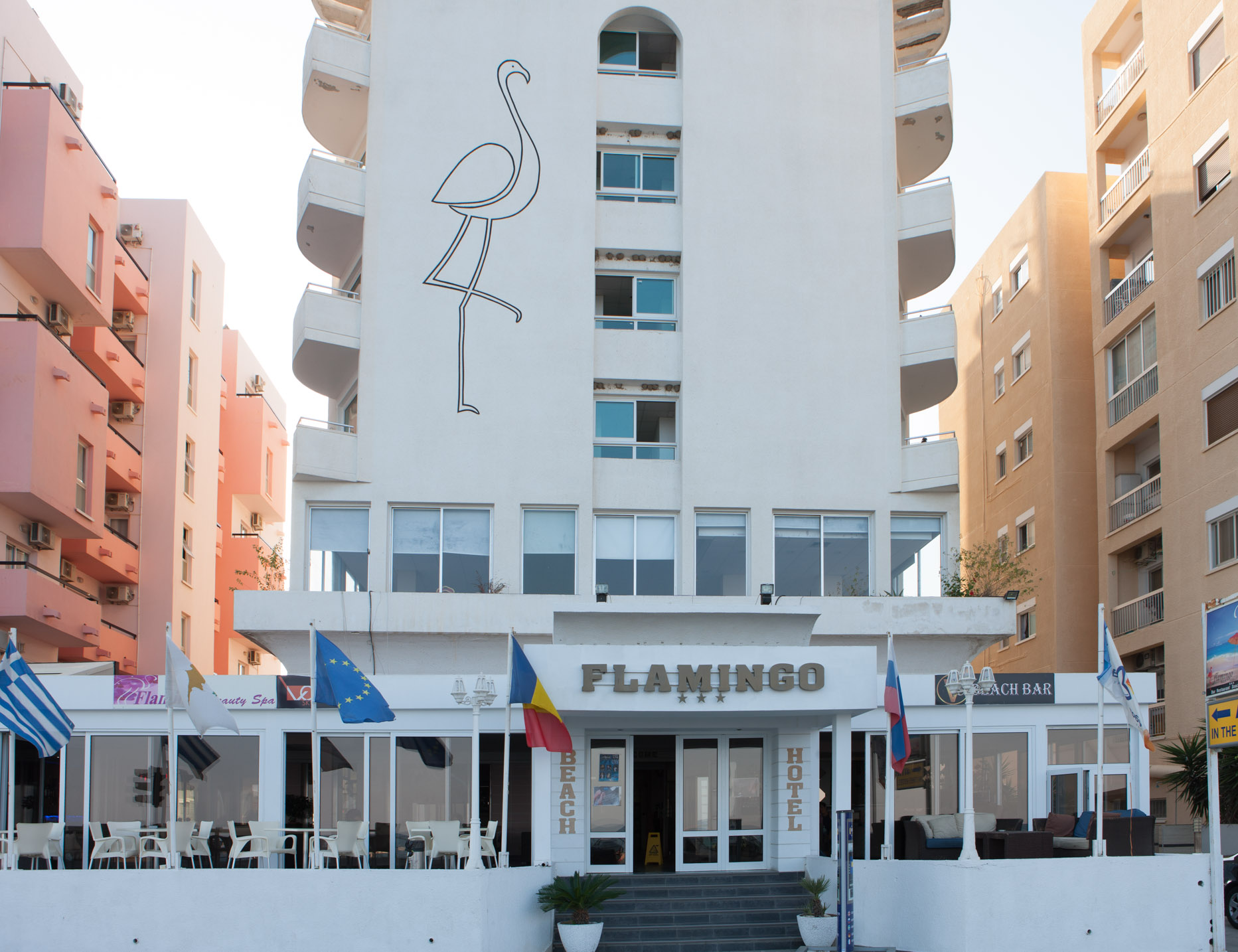 There are both one and two bed rooms and apartments available which all have a balcony looking out over the approach. Rooms 101, 201, 301 and 401 are probably the best in the hotel however other rooms have nearly as good a view and as always the higher the better. 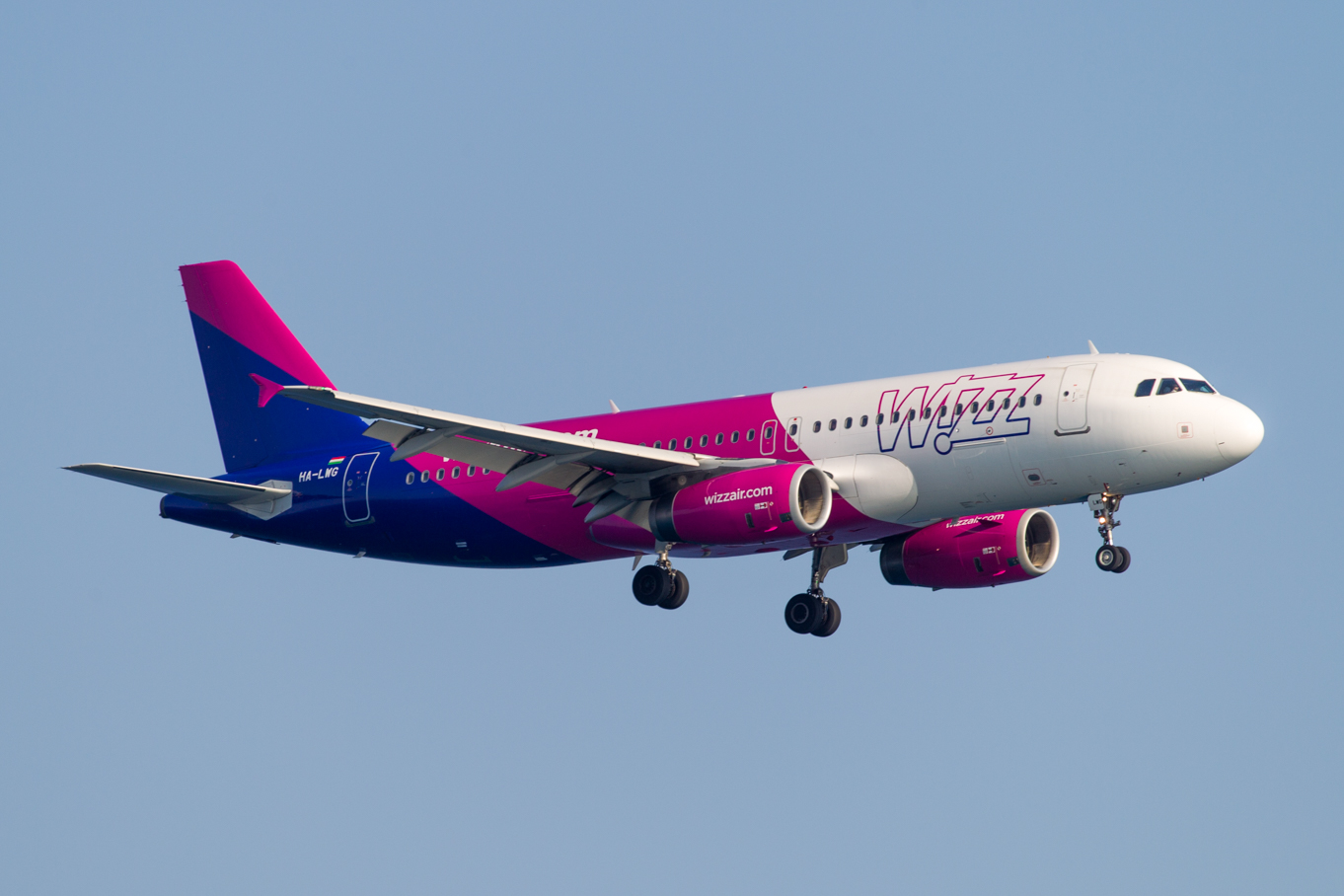 Wizz Air A320 as seen from the hotel.

Aircraft landing on runway 22 pass by at a few hundred feet within reach of a 300mm lens although 400mm is ideal.

The hotel also has a restaurant and bar situated on the ground floor again overlooking the approach so nothing will be missed if you feel the need for some reasonably priced food or other refreshments. 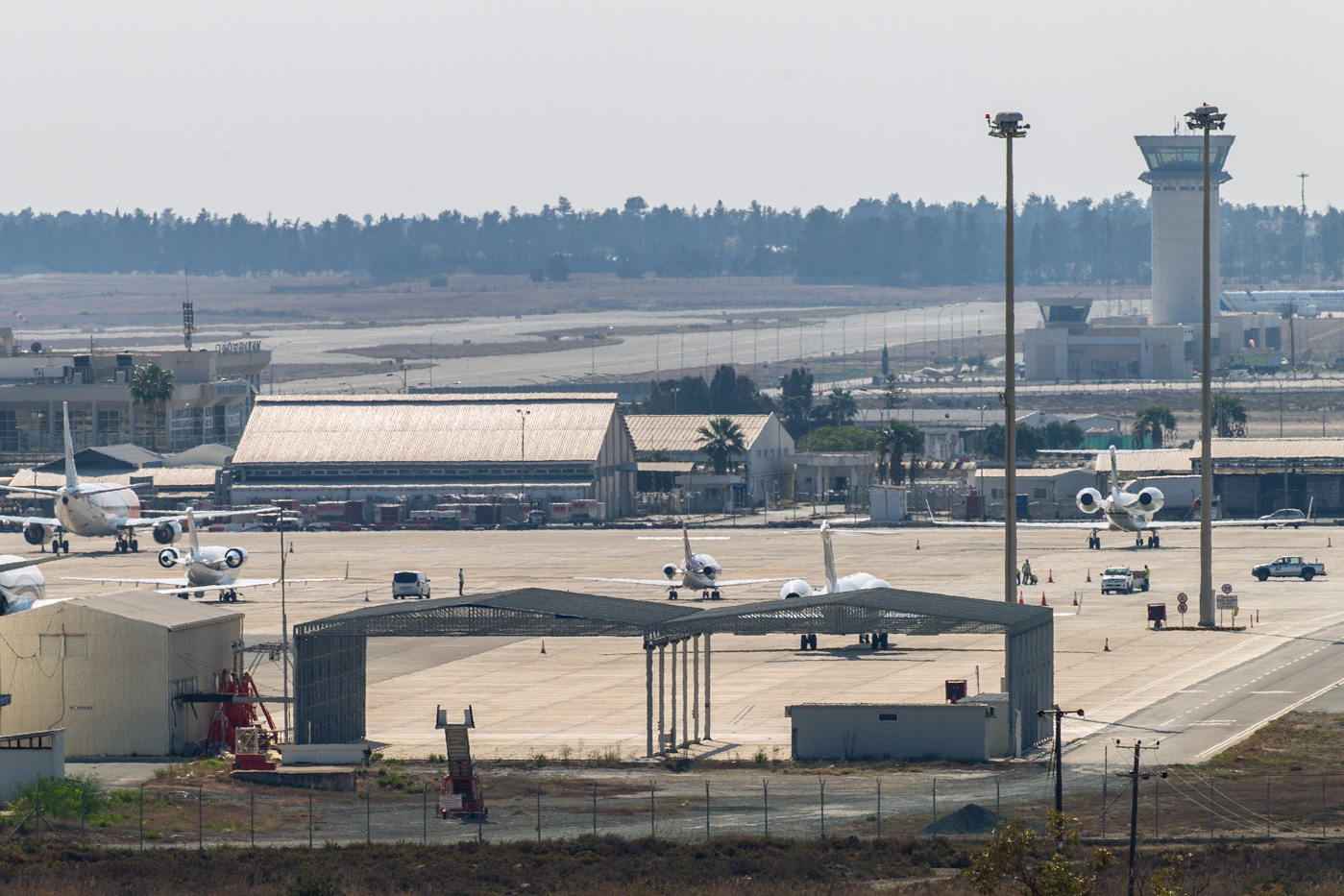 Furthermore on the roof of the hotel there is a swimming pool area complete with tables and chairs which again looks out not only on the approach but also has views of the airport itself with aircraft on the biz jet/freight ramp clearly visible.  This also means that you will be able to see any aircraft moving to or from either end of the runway although the distance would make it difficult for photography as would the inevitable heat haze. The terminal areas are unfortunately mainly out of view.

The hotel has free wifi throughout without limits so enabling apps like FlightRadar24 and PlaneFinder to be used.

One negative point is that the hotel faces east and as such photography is into sun until the afternoon but of course wherever you are photographing it is outdoors so no glass issues.

Finally, given the hotel’s proximity to the beach, if you feel like a slight change it is possible to make your way there in literally a few seconds from the hotel entrance to continue viewing from the warm waters of the Mediterranean. 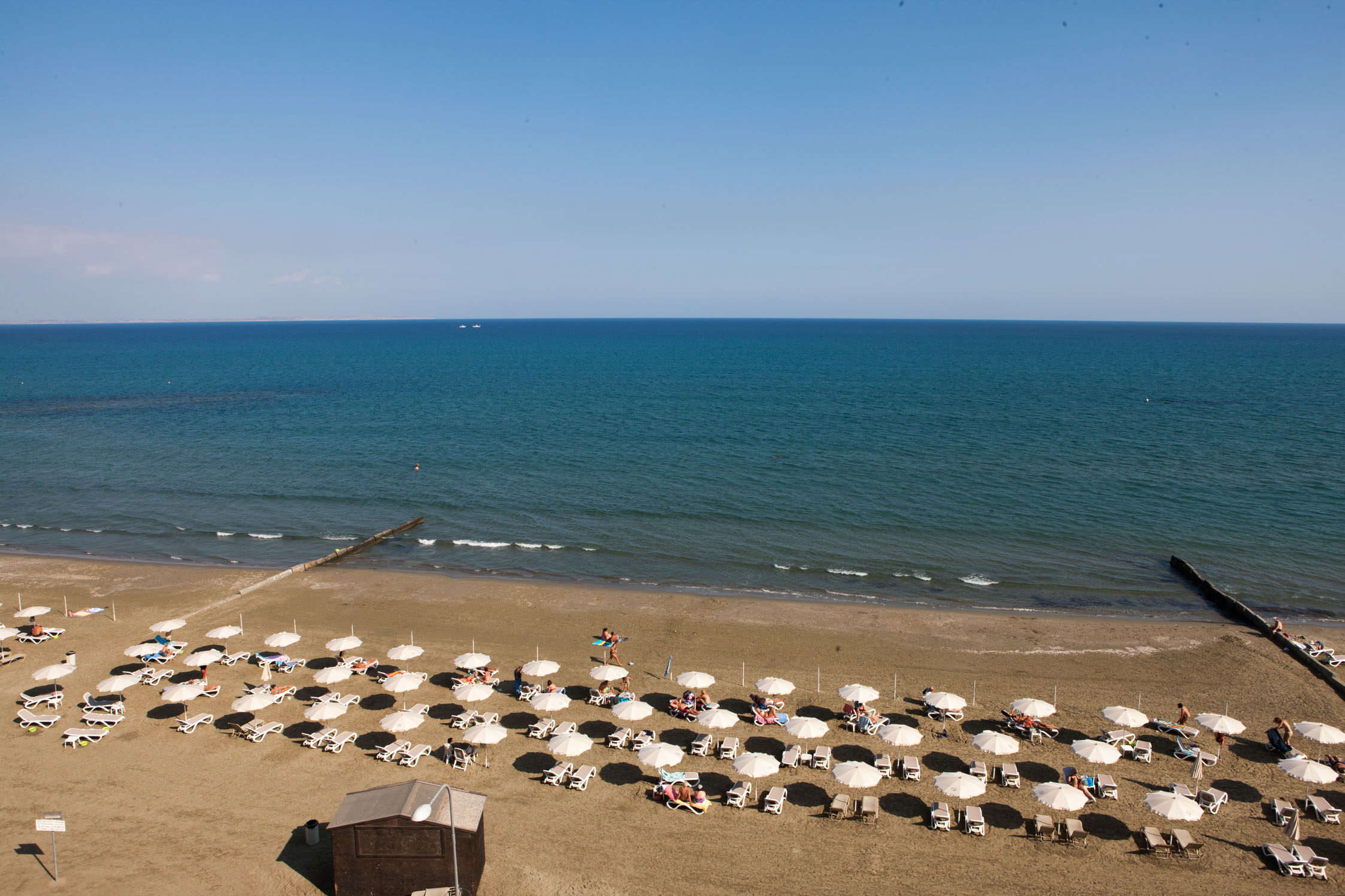 The nearby Mackenzie Beach. 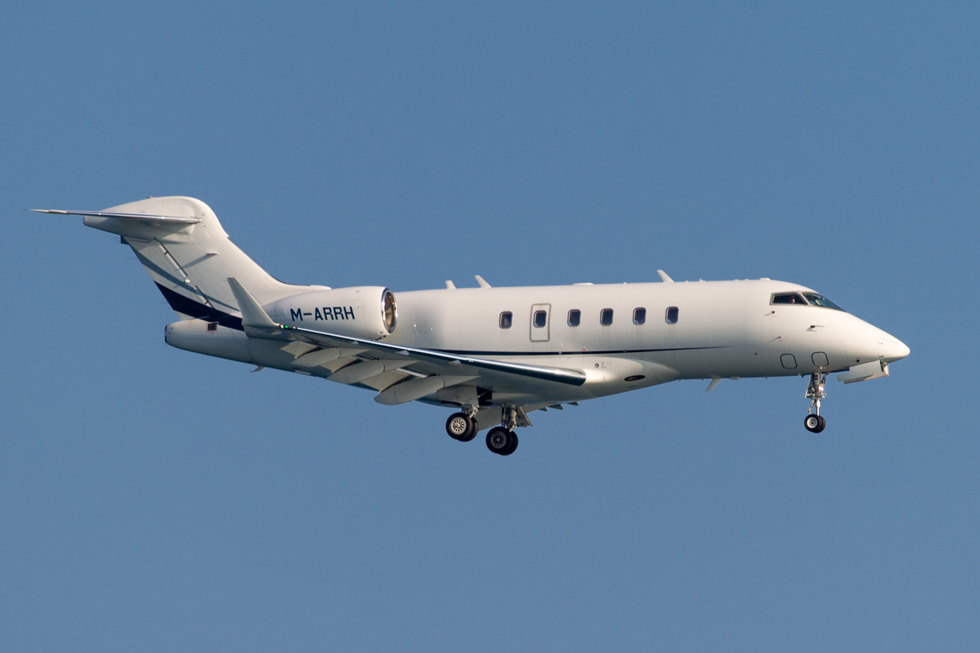 Aircraft can be photographed easily from the balconies. 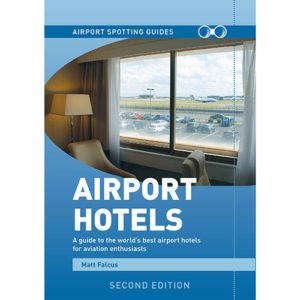 Newly updated, now in its second edition, Airport Spotting Hotels lists all known hotels with views of aircraft and airport action around the world, including the Flamingo Beach Hotel.

Find out the best places to stay and the best rooms.