As an aircraft that is now almost 30 years old, I’d somehow got to 2020 without ever flying on a British Aerospace Jetstream 41 aircraft.

In fact, I’d never even flown the older Jetstream 31/32 variant.

But that recently changed when I took a flight aboard an Eastern Airways example from my local airport to Southampton on the south coast of England. 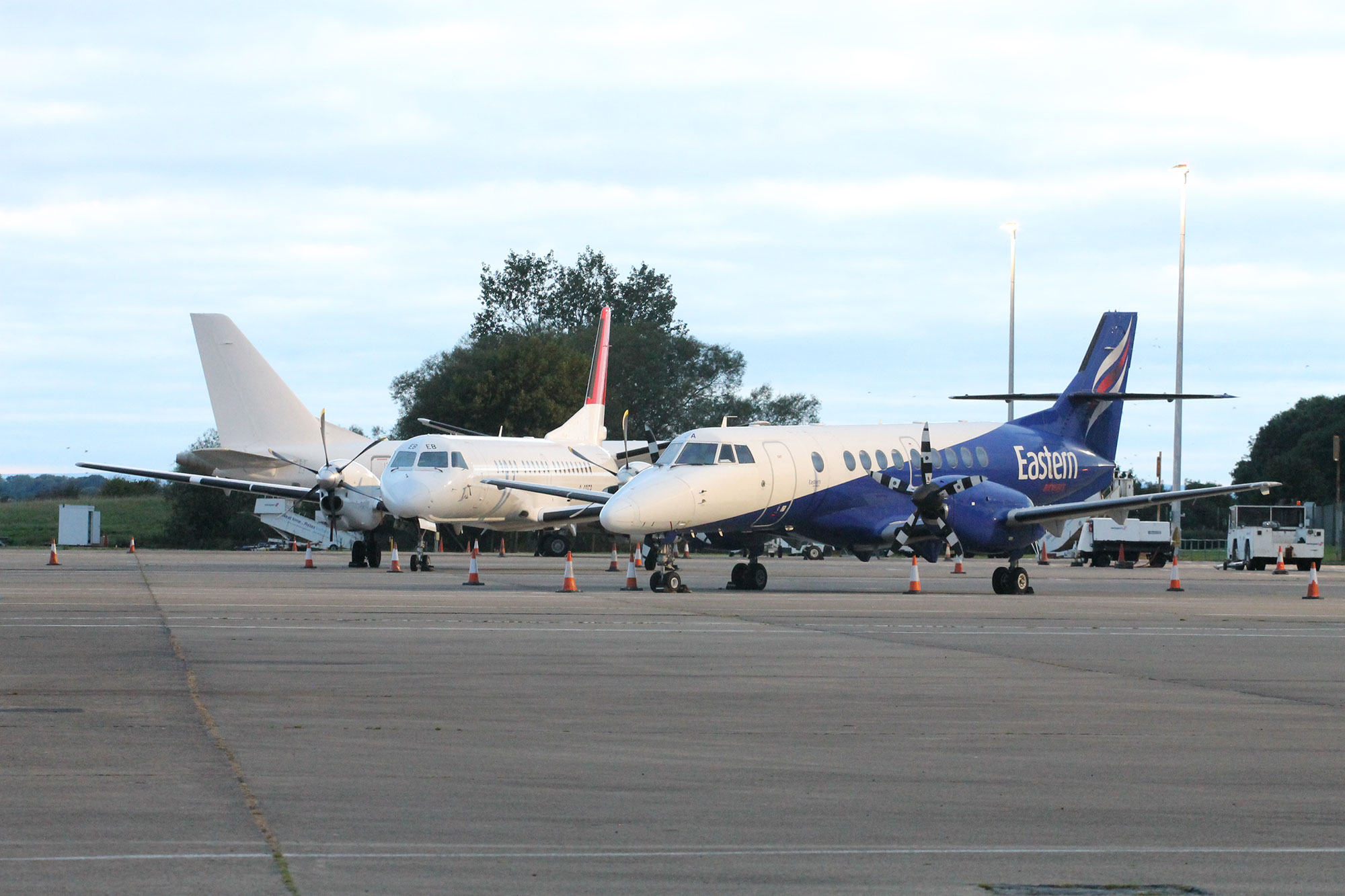 Eastern Airways are currently the largest operator of the type, however many of their examples are now being used as spare part sources having been permanently grounded at their Humberside Airport base.

In all just a hundred Jetstream 41s were built, with around half still active today.

This flight would be my first undertaken during the strange world of Covid-19 and so, upon arriving at Teesside Airport, I was greeted upon entering the terminal by a hand sanitizer station and member of staff checking I had a flight ticket.

Once checked in, I spent time in the departure lounge enjoying some lunch from the excellent café, and watching my aircraft arrive from Aberdeen.

In fact, the whole fleet of Jetstream 41s which Eastern operates have a history of serving with various UK airlines on regional and domestic routes, including Manx Airlines, British Midland and British Airways in the early 1990s. This particular example was built in 1994.

When boarding was called, passengers walked the short distance out to the aircraft, passing both Saab 2000 and Embraer 170 aircraft also operating for Eastern. 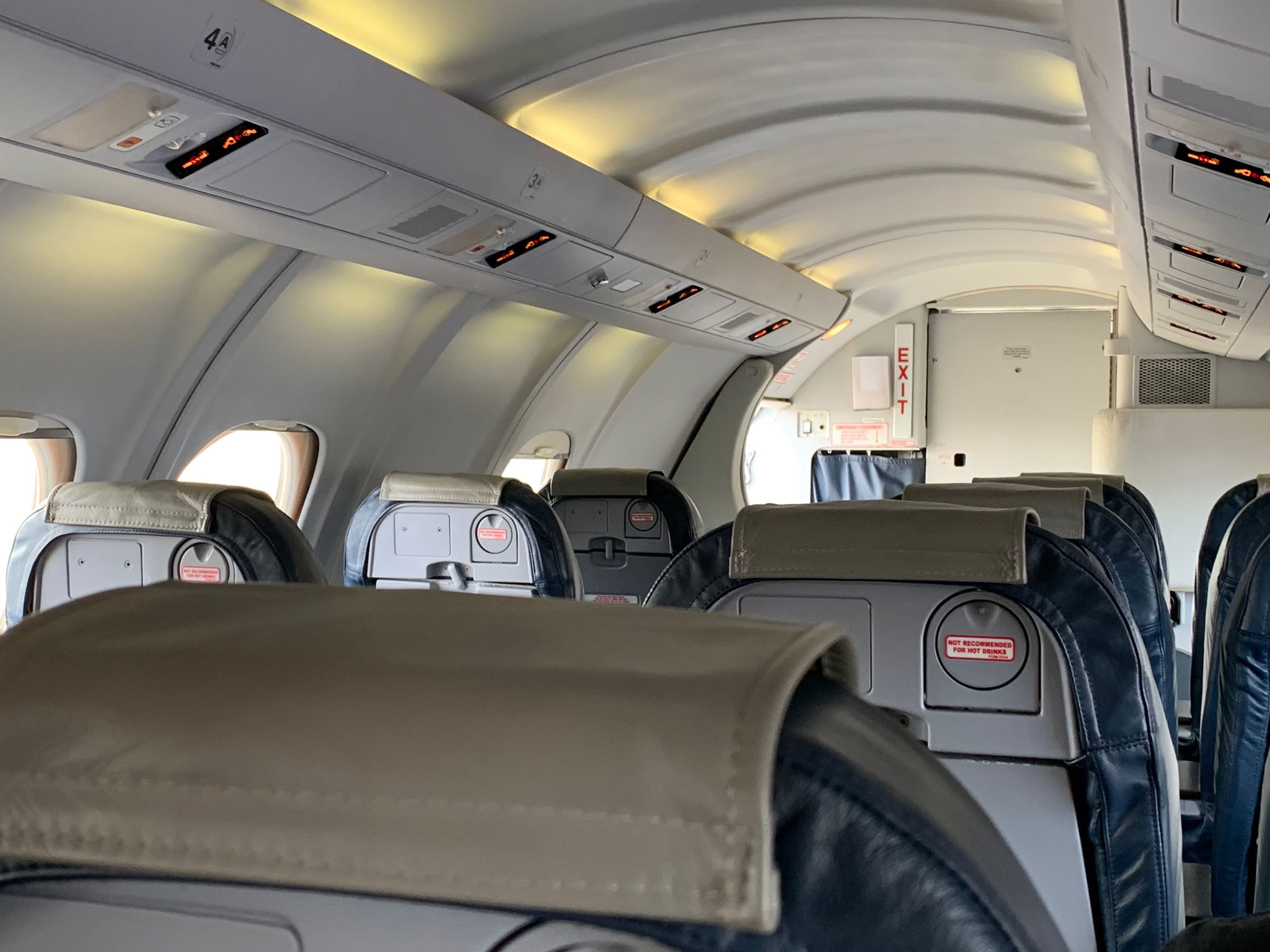 The lack of overhead bins meant my small cabin baggage had to be put in the hold, and I was only allowed to keep my camera bag with me.

No seats were assigned, but the sole cabin steward asked all passengers to sit from row 6 onwards, presumably for weight and balance reasons.

A Smooth, if Noisy, Flight

With only nine passengers on board, we were quickly ready to go.

The two turboprop engines were started one after the other, and we taxied out to runway 23 at Teesside.

I was surprised by how powerful the takeoff felt, being pinned slightly in my seat. 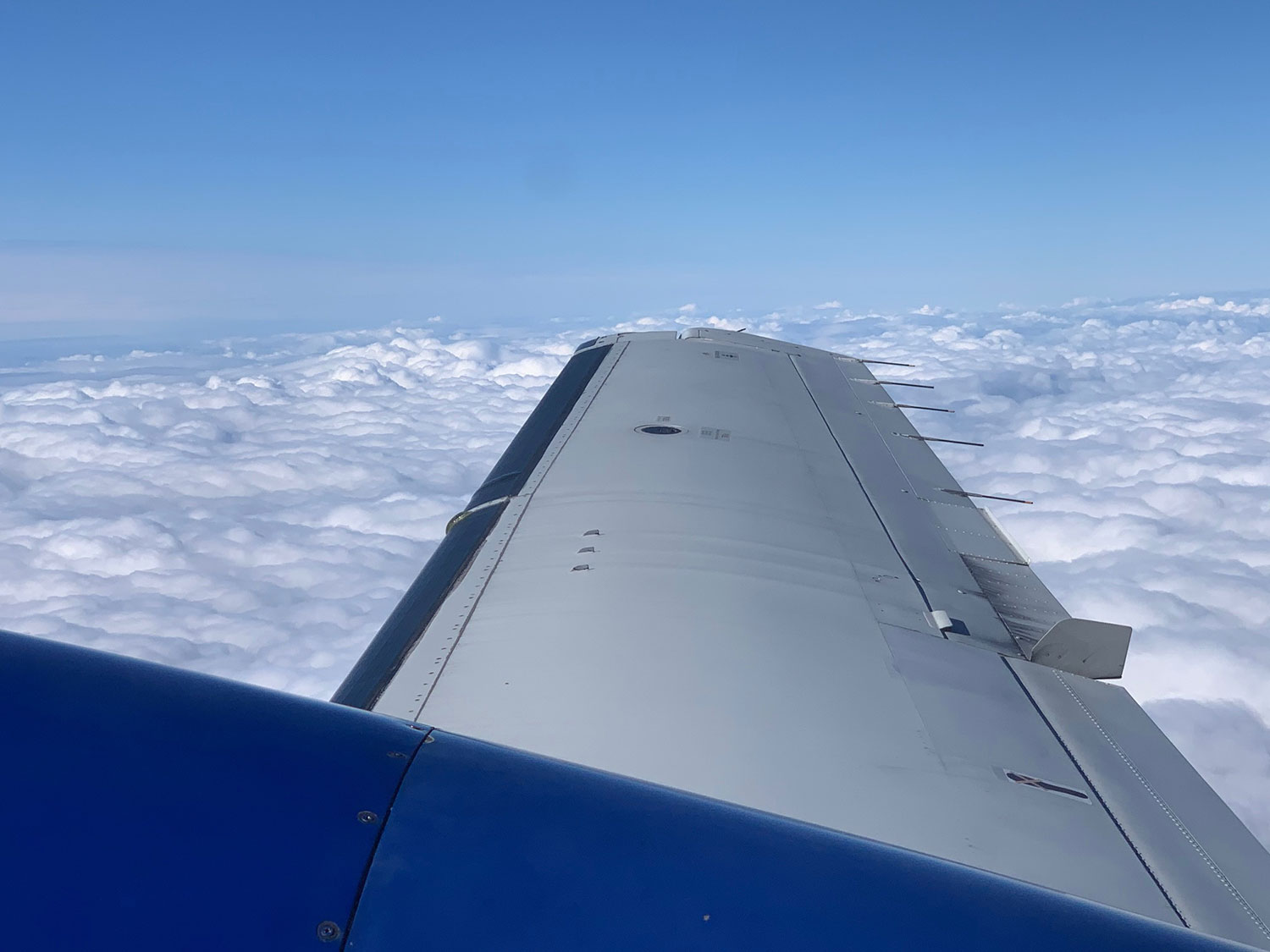 The route of my flight

We were soon off and climbing above the countryside on a runway heading, before turning left to take up our course towards the south.

The cabin of the Jetstream 41 was surprisingly spacious (and not just because I had the overwing exit aisle, with extra leg room!).

It comprises a 1-2 configuration of seats, with a single door at the front and various emergency exits.

As mentioned, there were no overhead bins.

The large round windows gave great views over the wings, engines and world below.

The aircraft was, however, quite noisy. This was perhaps made worse by my positioning next to the engines, but it did seem as loud as some older jets I’d flown on. It was difficult to hear the cabin crew announcements over the drone.

Onboard service, in these Covid times, was limited to a small bottle of water, with face masks mandatory. 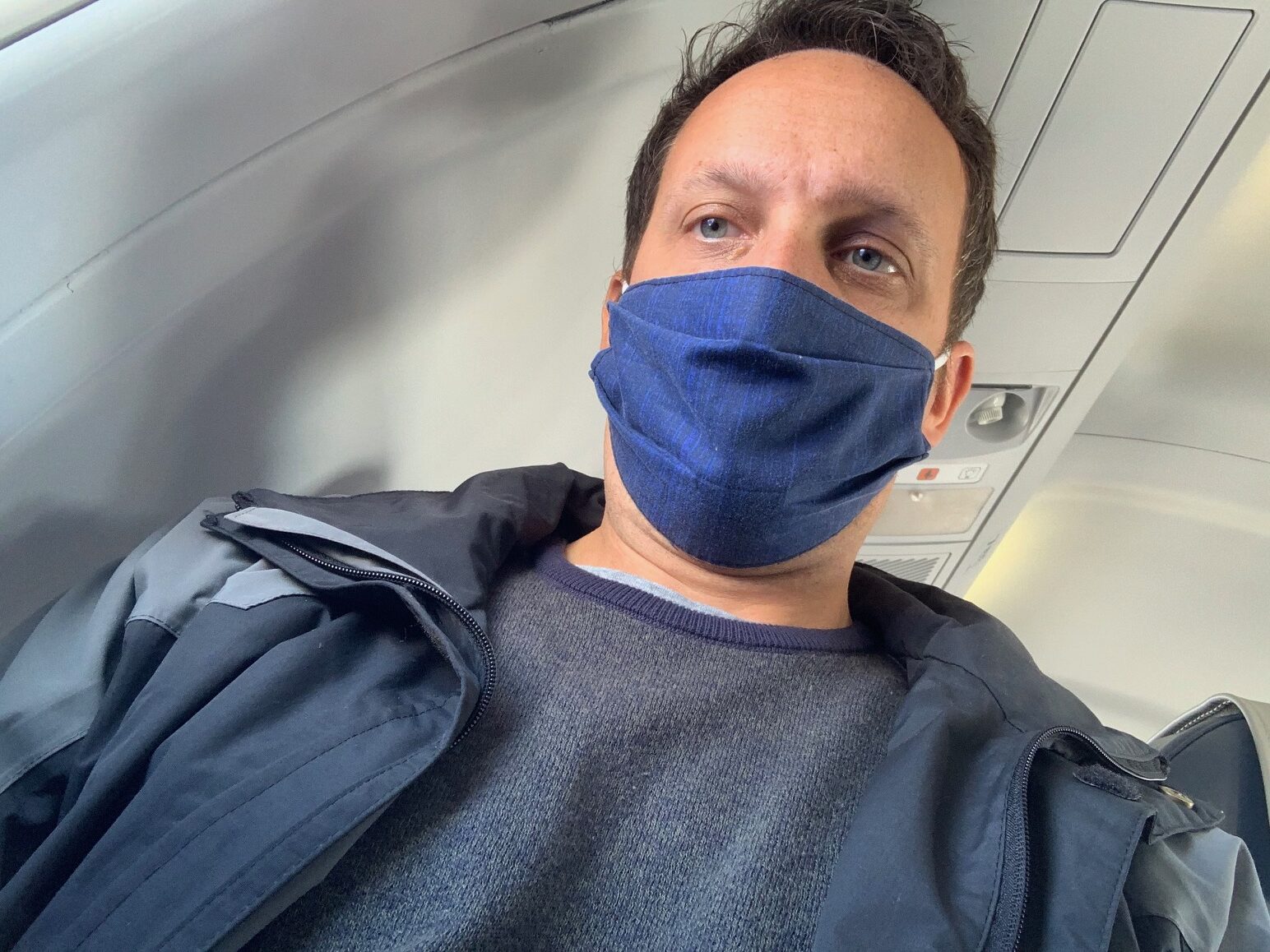 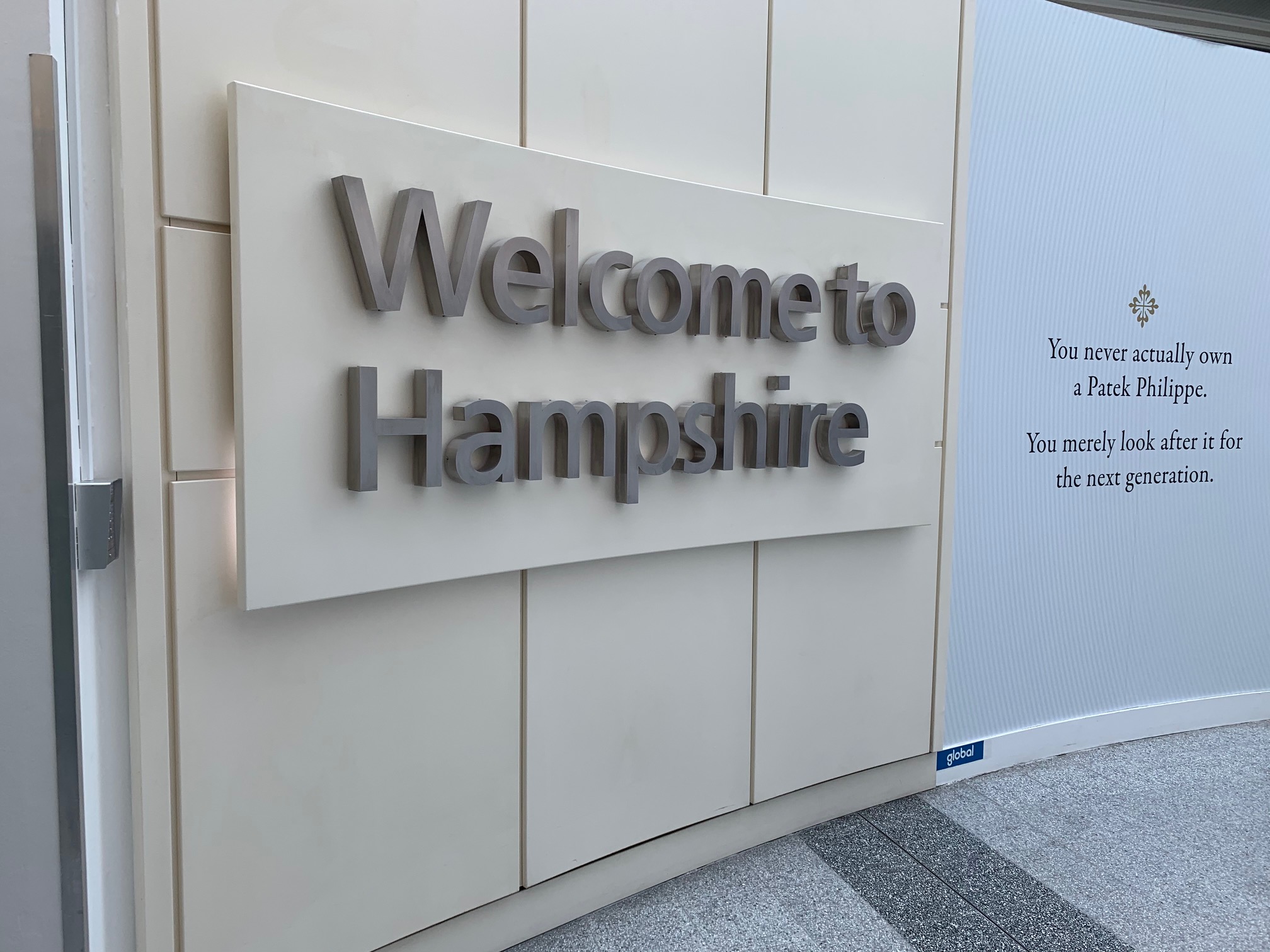 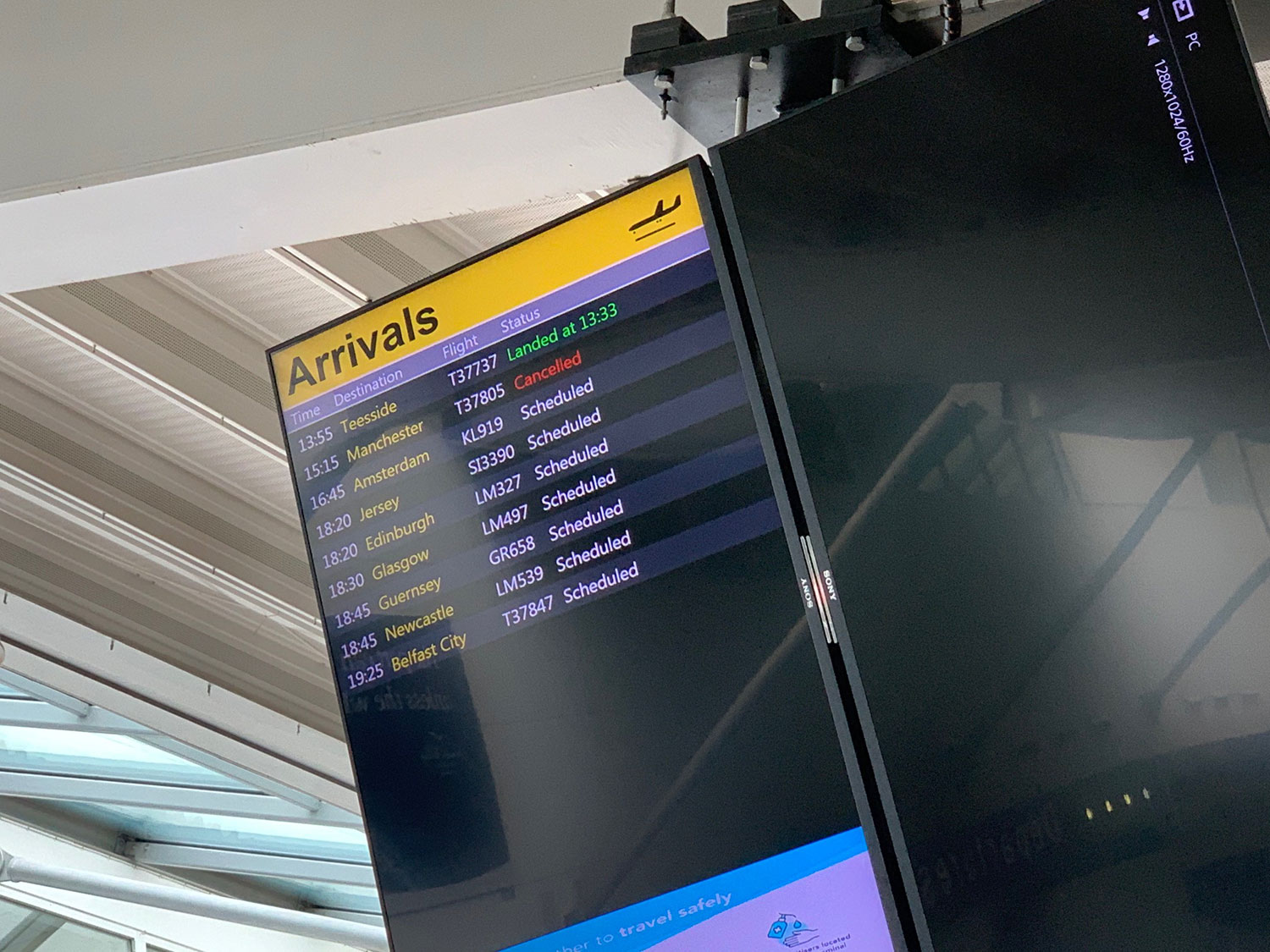 Arrival at Southampton happened after an hour of flying, and was quite firm but not uncomfortable. We parked up at the airport terminal alongside Eastern Airways’ two more modern ATR 72 aircraft.

Video of My Flight

I put together this short video of my flight with Eastern Airways from Teesside to Southampton on the Jetstream 41.

Impressions of the Jetstream 41 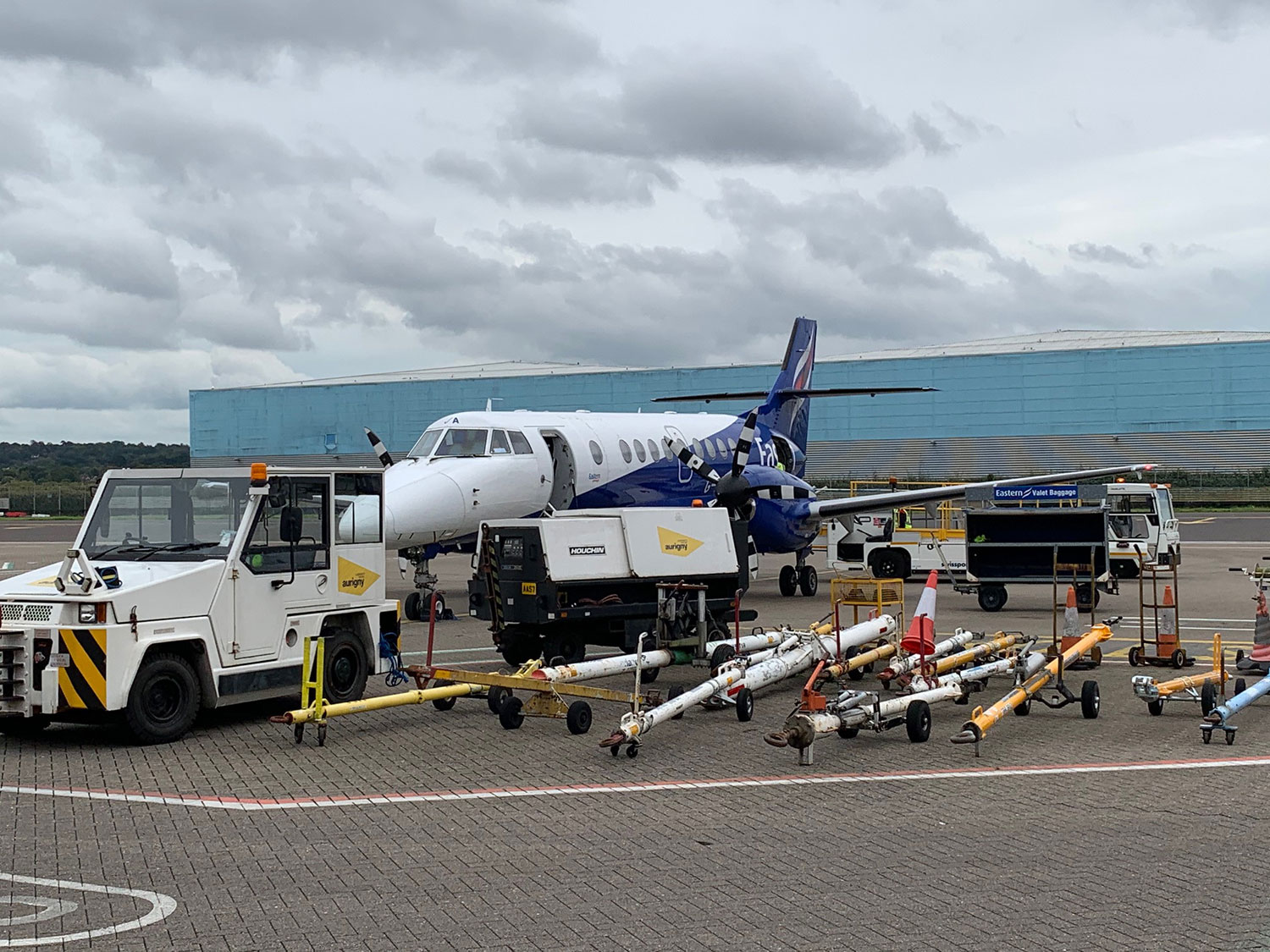 I may be late to the game with this one, but I enjoyed my flight on the Jetstream.

It was comfortable, fairly spacious and smooth even when penetrating cloud.

The din of the engines was loud, but as I was travelling alone it didn’t prove too much of a problem.

Have you flown on a Jetstream aircraft? What did you think? Leave a comment below!

I had the pleasure of flying aboard an Eastern Airlines J41 on a number of occasions, but my favourite route was the Southampton to Teeside rotation via Leeds Bradford. We would disembark the aircraft at Leeds Bradford, identify our baggage on the apron then board the aircraft for a second time for the less than 50 mile sprint to Tesside. This leg of the journey was fantastic as the aircraft never really left the ground and hugged the beautiful undulating landscape below.
Ride one while you still can, it is a wonderful aircraft.
John

Thanks John. Yes it was a surprisingly nice aircraft to fly!

Hi Matt, I have not flown on the J41, but have had five sectors in 1996 and 1997 on the J31, out of Perth. Yes, great little aeroplane indeed.
We still have J31s in AUS, however our five J41s have all left and sold in South Africa.
I am a ”propliner” nut more than a jet fan I have to say, loved my HS 748/Herald/Viscount/Vanguard/ Britannia/ F. 27/ flights so very much.
I used to get my ”propliner fix” on the FLYBE Q 400s, sadly all gone….for now.
Great video too by the way.