A historic Douglas DC-6B airliner has flown to Norway for preservation at a museum after a long life flying passengers and cargo all over the world.

LN-SUB has arrived at the Flyhistorik Museum at Sola Airport in Stavanger, Norway, after ferrying from Alaska where it had been operating for Everts Air hauling freight in the wild and remote regions it was so capable of.

History of the Aircraft

This particular Douglas DC-6 had the production number 45496/992 and was built in 1957 for Cathay Pacific Airways.

It flew for the Hong Kong airline as VR-HFK for five years until it was sold to Braathens SAFE in Norway, arriving on 8th November 1962. It received the new registration LN-SUB. 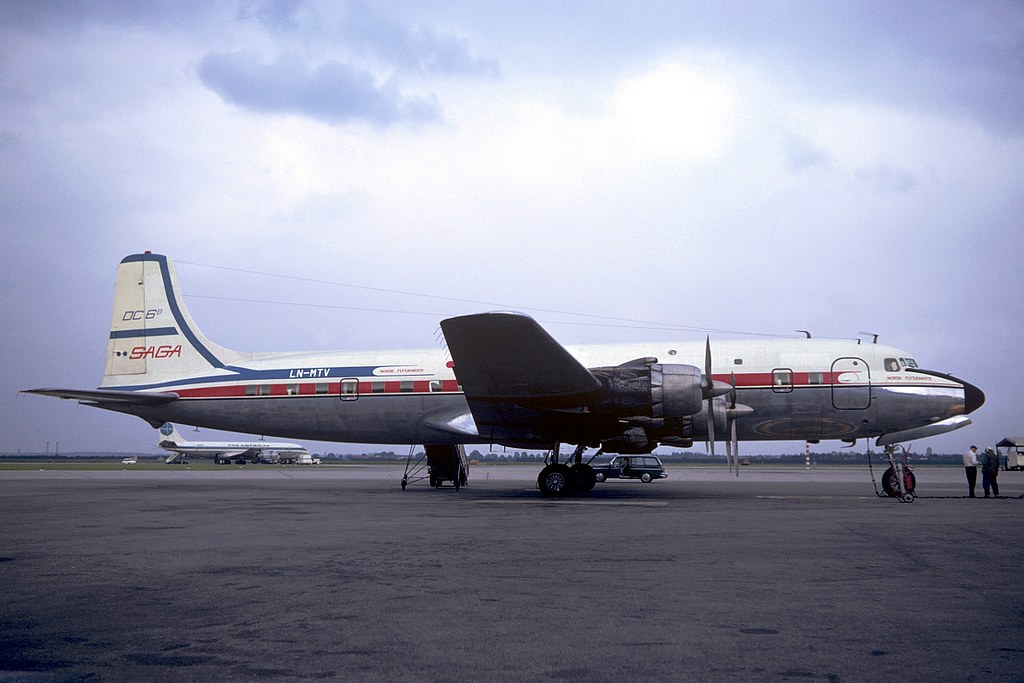 In the 1971 and early 1972s it was re-registered LN-MTV and flew for carriers such as Norsk Flyjieneste, Troll-Air and Biman Bangladesh airlines on lease.

It then made the short hop to Belgium when it was sold to Delta Air Transport as OO-LVG in 1972, becoming OO-VGL in 1973.

In 1974 it crossed the North Atlantic for the next stage in its life, flying for Conair Aviation as C-GICD for 22 years.

Although still registered as N151, this DC-6 has now been repainted into its classic Braathens SAFE livery and registration of LN-SUB.

It was flown by Everts Air crew from its Fairbanks base via Yellowknife, Canada, to Stavanger in Norway. Its final flight was completed in one, long leg of almost 16 hours, showing what the DC-6 is still capable of after 62 years!

Mikey McBryan of Buffalo Airways captured its staging through Yellowknife on his Plane Savers YouTube channel:

It still managed to perform a fly-by of Stavanger Airport after such a long flight, as you can see here:

Now it will sadly be grounded, but taken good care of as a prize exhibit in this museum.