In images leaked online and since confirmed by the airline, Icelandair has revealed a new livery and branding it will be introducing soon.

The mockup images show the airline’s aircraft parked in a row wearing the new livery, which seems to differ slightly in colour from one aircraft to the next.

It’s caused something of a stir online, with many enthusiasts accusing the airline of selling out their unique image to look like other airlines such as Ryanair.

However, Icelandair’s current livery dates from the 1990s (however, recent 737 MAX deliveries have appeared in a modified version) and with the airline modernising in terms of its fleet it is perhaps a good time to introduce something bold and new. 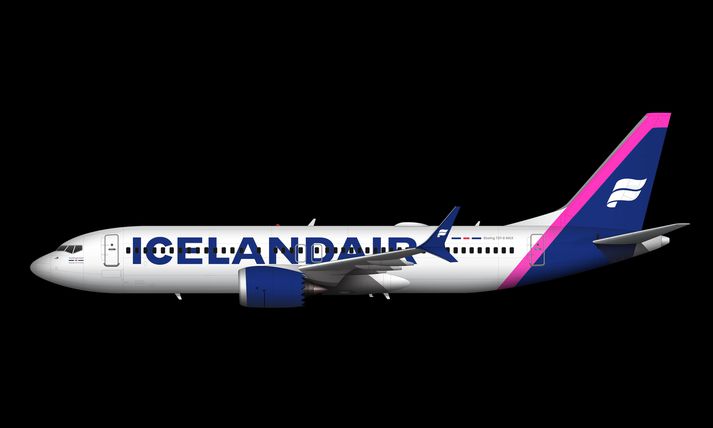 The livery includes the current logo on the tail in white.

The tail itself is dark blue, with large dark blue Icelandair titles on the white fuselage.

The front part of the tail running down under the fusealge will differ in colour on each aircraft, with those seen in the mockup image being yellow, pink and two shades of light blue. There will be six different colours in total.

It’s not clear yet whether the three special livery aircraft will be retained, or painted into the new livery.

Nothing original here! In the 50’s and 60’s liveries and logos were unique…today, with the exception of some wild colors, they look generic.

I would have kept the golden F so as to hold onto its heritage plus if they intend to add colours then apart from the diagonal band at least add an expression elsewhere (cowlings, winglets, nose even or door outlines set on the white front fuselage.)