In 1969, Boeing first flew the 747 which had been developed since 1965. It rolled out on 30th September 1968 and came to be known as the “Jumbo-Jet”; the aircraft was originally powered by Pratt & Whitney’s JT9D engines which were later replaced by GE CF6 and Rolls-Royce RB211 by some airline. As the popularity grew for 747, the airlines demanded a long-range variant to operate long-haul flights, therefore the same team which designed the 747-100, sat down to make a new variant.

Hassaan Khalid reports on how many of these classics are still flying, and where to see them. 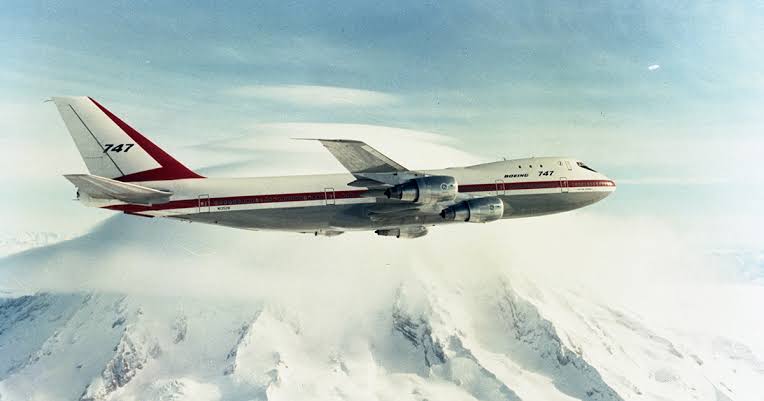 The initial –200 variant had more powerful and fuel-efficient engines, thus giving it a better range. After it, Boeing announced the 747-200B which was the passenger variant, and also the -200C which was the “Cargo” version and featured a nose cargo door and could be used for both passenger and cargo operations. This variant was a good fit for charter airlines as based on the costumer’s demand; the aircraft could be reconfigured in under 24 hours from passenger to cargo or vise-versa, the cargo could be loaded at front through nose door and passengers through regular doors.

Another variant called the “Combi” also gained reputation during its time. It was fitted with a side cargo door at the rear and an adjustable partition which would separate passengers from the cargo hold. It could easily carry 238 PAX in a 3-class configuration as well as several tons of cargo. Other was the regular freighter version solely used for cargo operations and featured a nose door for loading and unloading effectively. 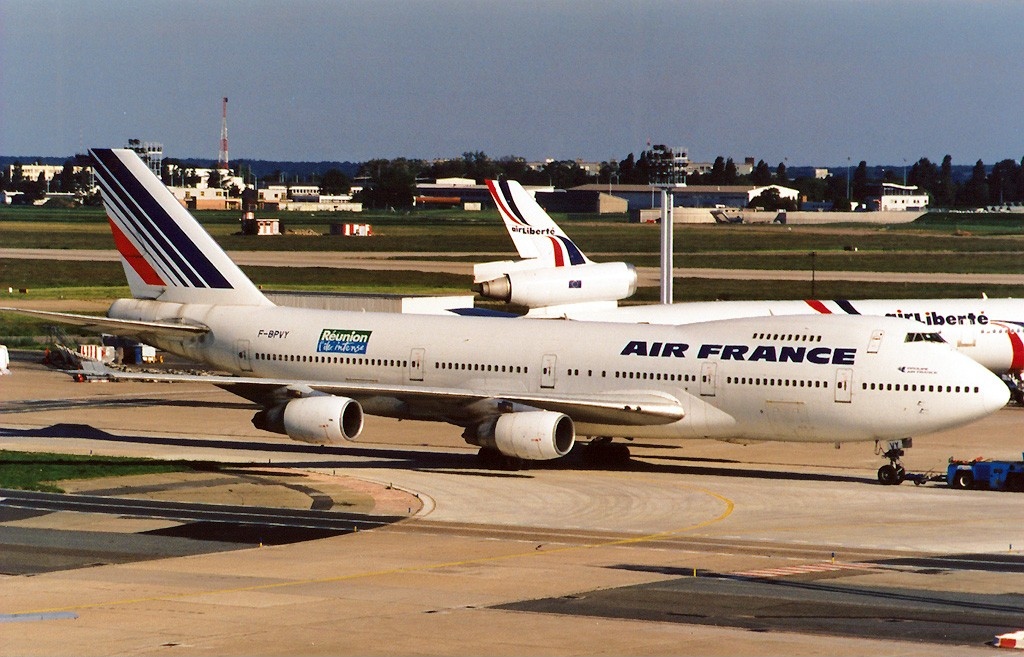 Can you Actually Spot those remaining 747-200s?

It’s not wrong to say these remaining 747-200s will soon disappear from service. Many plane spotters feel lucky to catch a 747-200 if they are present at the specific airport. As of now in 2022, you might be able to still catch this iconic aircraft.

There is good news as well as bad news. The good news is that this aircraft does fly to many major airports on multiple continents such as Asia, Europe, Africa and surprisingly South America too. The question arises of which companies are still operating it and when basically it can be spotted. 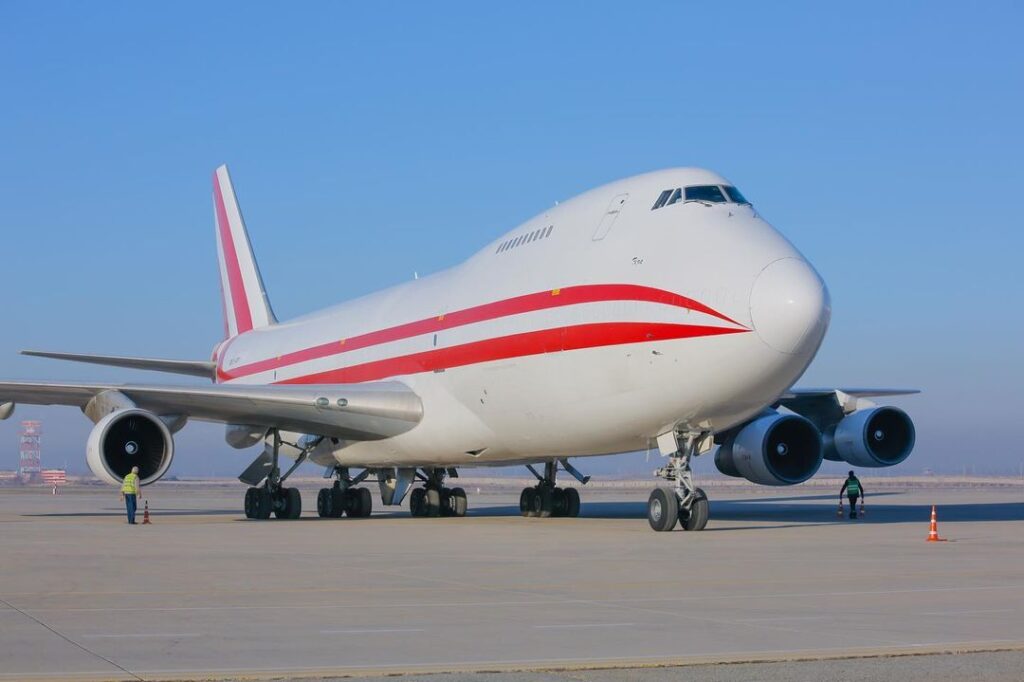 If you’re living in Asia, you might be able to spot this aircraft operated by “Aerostan”. This cargo company is headquartered in Kyrgyzstan and currently operates a fleet of 4 aircraft including 2 747-200BCF (Boeing Converted Freighter) currently registered as EX-47001 & EX-47002. They were delivered in 1987 and 1984 to United Airlines & Northwest Airlines respectively, and were converted to freighter in 2009 before starting service with Kalitta Air.

Nowadays, these two aircraft fly for Aerostan, which specializes in cargo charter flights. Since the airline is based in Kyrgyzstan, it operates to Manas Airport located in Bishkek, but rarely. As per its flight history, we can conclude that these aircraft have a secondary hub at Karachi (KHI/OPKC), however it is also possible it doesn’t visit Karachi for a few days because sometimes it goes for a trip of South America for 2-3 days operating to or via Salvador (Brazil), Maiquetia (Venezuela), Mexico City (Mexico), Queretaro (Mexico), Recife (Brazil), San Jose (Puerto Rico) and Santiago (Chile) too.

While in Asia it operates 1-3 times a week to Macau, Karachi, Chengdu, Beijing, Ho Chi Minh, Jeddah, Almaty and Bishkek. It does usually depart at dawn from Karachi and usually head towards Jeddah, Chengdu, Macau and sometimes to Moscow-Sheremetyevo. Similarly, it usually heads towards Accra from Jeddah as a refueling stop for Latin America.

A Georgian company known as Geo Sky operates from home base at Tbilisi. They own a fleet of 2 Boeing 747-200B that was converted to Special Freighter (SF) in 2003 and the other in 2001. As per the statement by the company, they are allowed to operate unlimited flights in the Chinese territory as well as certification from the European Aviation Safety Agency (EASA). Carrying the registration as 4L-GEN & 4L-GEO, they operate to Zhengzhou, Almaty, Bishkek and Guangzhou. While in EU it operates to Paris’s Charles De Gaulle, Frankfurt, Maastricht, and to Spanish city Zaragoza 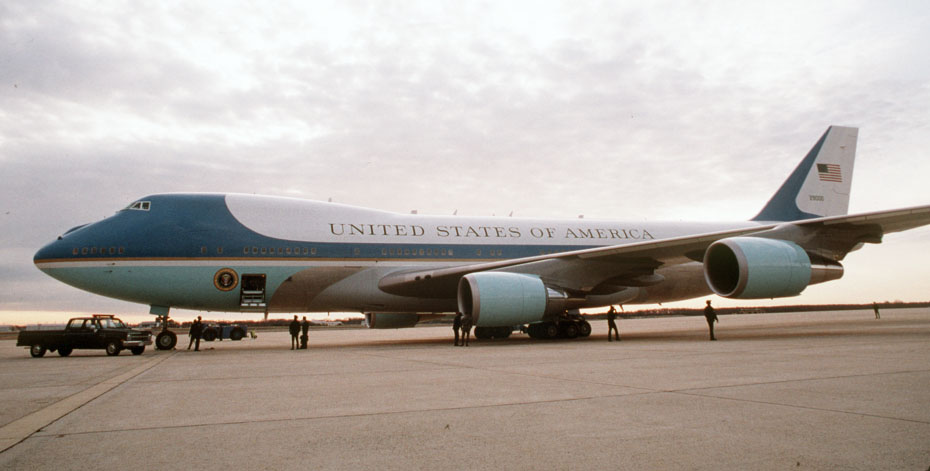 Air Force One
Principal differences between the VC-25A and the standard Boeing 747, other than the number of passengers carried, are the electronic and communications equipment aboard Air Force One, its interior configuration and furnishings, self-contained baggage loader, front and aft air-stairs, and the capability for in-flight refueling. These aircraft are flown by the presidential aircrew, maintained by the presidential maintenance branch, and are assigned to Air Mobility Command’s 89th Airlift Wing, Andrews Air Force Base, Md.

The most famous passenger variant of the 747-200 is the Air Force One. It’s a highly modified version of classic –200 variant that is equipped with modernized equipment such as radar jammers, chaff etc. This aircraft is based at Andrews Air Force Base located in Washington and you can spot it when the president of the US has to depart for a conference or an official tour. It is registered as VC-25A but it would soon be replaced by VC-25B which will be a Boeing 747-8i as this –200 variant is about 30 years old now.

Another 747-200 that you might see is the Boeing E-4B (Advanced Airborne Command) that is a military strategic aircraft also referred as “Nightwatch” and features a hump that contains a movable SATCOM antenna for navigation purposes. This aircraft would not appear on normal flight tracking sites but may occasionally pop up on radars if it’s on a regular or test flight and not on a military mission or patrolling.

Rolls-Royce also operates a former Cathay Pacific 747-200B registered as N787RR that serves as a testbed for Boeing 787’s engines. This aircraft is flown occasionally for only testing purposes.

These all 747-200’s will be replaced sooner by newer variants especially by –400’s and 8i’s as its aging is an unavoidable problem that increases the chances of mechanical failures and lack of modern navigation and instrumental systems such as TCAS and ILS gives out a signal that this classical aircraft might need to be replaced sooner.