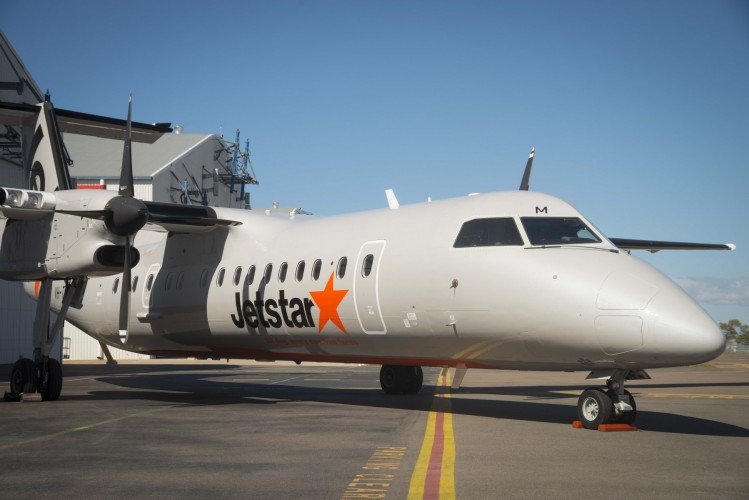 VH-TQM has been transferred from QantasLink to operate domestic services within New Zealand, and is painted in the full livery of the low cost airline.

The exact routes have not yet been announced, but eventually there will be five in the fleet and are operated by Eastern Australia Airlines on behalf of Jetstar.

First Finnair A350 rolled out