Journey to the classic aircraft haven of North Korea 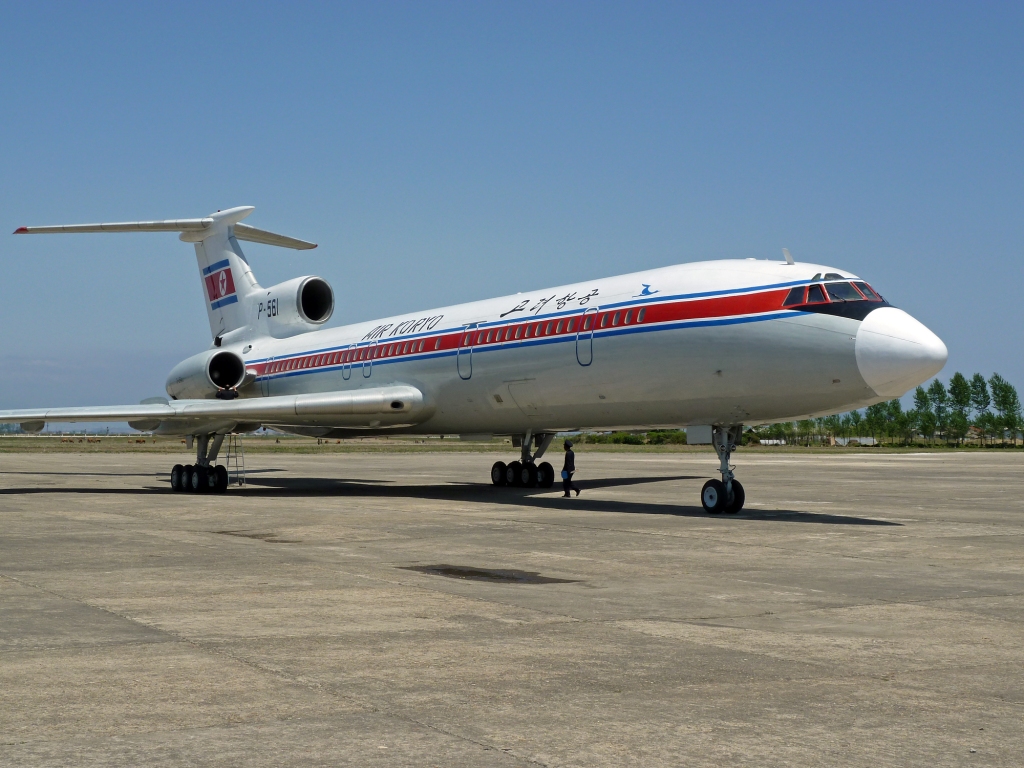 Mark Williams recently joined Juche Travel Services on one of their enthusiasts’ tours to North Korea to explore and fly on the country’s classic Russian aircraft. Here for you to enjoy is his account and pictures of the trip.

With the announcement by China that all the old classics are now banned on scheduled services to the country, it meant that the request to lay on an IL-62 for the Beijing to Pyongyang flight (which was granted last year) was denied, with services to Beijing now being purely in the hands of the 2 Tu-204’s and the AN148. Resultantly, it was Tu-204 P-633 that whisked a hugely excited group into the unknown. I looked down at my pad on the coach from the airport to the hotel and could hardly believe a full column of P- registrations dominated the page. Priceless. So what of the remaining aircraft that weren’t on the ramp when we landed? Listen up those taking one of the future tours. When you taxi in from the runway to the terminal, on your right hand side you will see 2 stored aircraft. These are the other IL18 P-836 and TU154 P-551. Both are stored but fully intact. I am a reg reader, so have to read it off for myself in order to claim it and was concerned that these two may be difficult. The TU154 is at the front and easily readable, with the IL18 behind. However, the reg can be read off from the aircraft during taxi in, and also when you do the tour of the IL14 which is parked at the far end of the ramp. This left 5 other aircraft I wanted to see – P-553, a TU154, P-813, the other TU134, P-632, the other TU204 and the 2 government IL62’s, P618 and P-882. Firstly, forget the 2 government IL62’s – they are kept in a hangar behind some trees a distance from the ramp and you will get nowhere near. There is of course a chance that you are extremely lucky and see them active, but don’t expect to catch sight of either beast. Luck was on our side with regards TU134 P-813. Again on your right hand side as you taxi in, before you get to the stored IL18 and TU154, you will see a single taxi way that heads up between a row of trees. The hangar mentioned above is behind these trees, but through the gap in the trees, P-813 was handily parked right in the middle. I don’t know if this was just luck or it can normally be seen there, but if this is where it is normally parked (it may just have been in the hangar area for attention) you will only see it on taxi in and out of the airport – so stay alert and hopefully luck will also be on your side.

I enquired to an Air Koryo representative about the whereabouts of TU154 P-553, and he said that contrary to recent reports, the aircraft still exists (but in what state I do not know) and has been moved to a nearby aviation training centre and is no longer part of the Air Koryo fleet. He confirmed that they still had just 2 active TU154’s at their disposal (P-561 and P-552). Along with P-633, TU204 P-632 operates the bulk of the Air Koryo scheduled services, so while it wasn’t on the deck when we landed, we saw it numerous times during the week. Lastly, the ex-Cubana IL62 (P-886P) has been dismantled for parts and no remains were evident during our visit. All charter and optional pleasure flights were operated as promised by Air Koryo, so the group enjoyed flights on TU204, IL18, TU134, AN24, IL62, IL76 and TU154 aircraft. Not exactly your usual line up for a week of flying. All of the aircraft were in extremely good condition, and particularly in the case of the IL18, TU134, AN24 and TU154 flights, adequate opportunities were given to get shots of the aircraft from all angles, with Air Koryo even removing the stairs and positioning them at a location from where we were allowed to climb them again for some stunning elevated images. This was particularly rewarding for the IL18 flight, where stunning images of the 4 prop were captured with the awesome snow capped volcano MountPeaktuin the background. Memorable indeed. And that’s about all the advice I can give regarding the craft of Air Koryo. All I will say is that if you are tempted to do one of the trips, do so. I am absolutely sure you will not regret it. David of Juche Travel Services is a dream to do business with and I do not hesitate to recommend their services 100%. Do not believe all the hype – while their ideology is different from ours, it is absolutely nothing like I thought it would be – it is clean, safe, fascinating, extremely beautiful and the people are an absolute joy to spend the week with. While I consider myself extremely fortunate to have travelled with such an entertaining group (I really didn’t expect to be in tears of laughter for most of the week), I think it was best summed up on the last night by one of the participants, who said “I never expected to be leaving North Korea missing the people and the place as much as the aircraft”. If you are booked on one of the upcoming trips, you are in for a treat. If you are not, but would like to, do not hesitate. You will not regret it or ever forget it.

British Airways A380 and 787 delivery dates

First A350 flight this Friday

Hi Mark,
Just thought I would say hello. It has been a year now since the tour. I will never forget the experience. It was fantasctic. The aviation side was unique, but the country, people that we met, from the guides to the bus drivers were fun and did a tremendous job ofexplaining everything and helping out whenever a request went out. The scenery was beautiful, the food far better than I expected, and their local beer rates very highly.
David, of course, runs an excellent program, and everything was so well organized. Kudos to him.

Hope you are well and maybe we will run into each other again in ourunusual travels.
Take care,
Bob

Chris and I were the Canadian dudes!