A visit to Kiev in Ukraine should be on the bucket list of any aircraft spotter thanks to the variety of interesting sights on offer.

Not only does the city offer three airports to enjoy, it also has plenty of Soviet-era aircraft, museums, stored aircraft and aircraft rarely seen in Western Europe.

Here are the highlights: 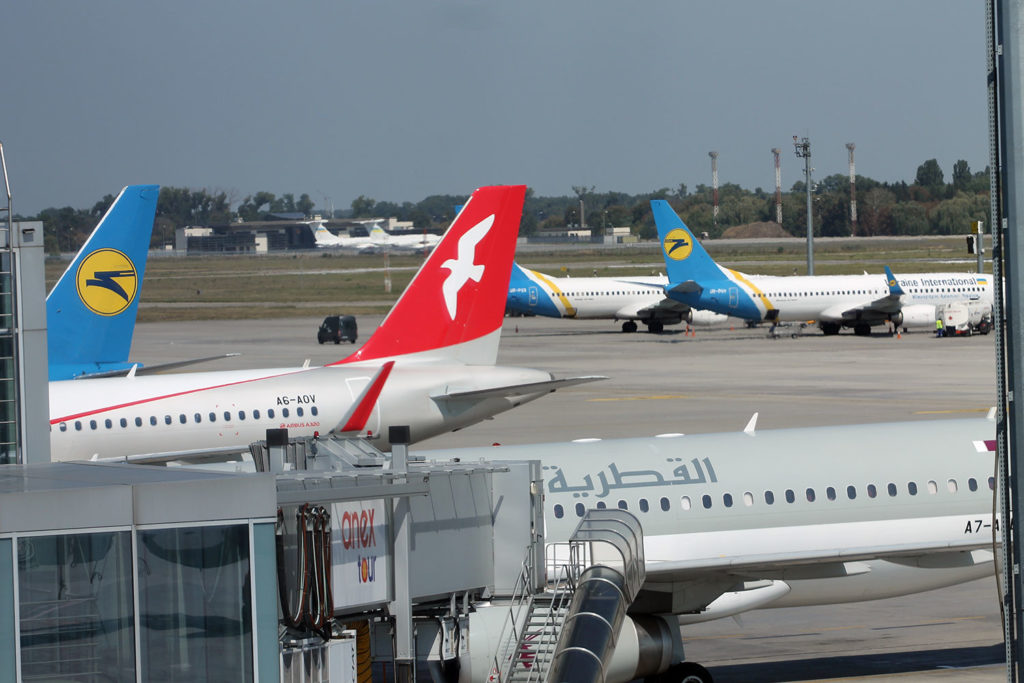 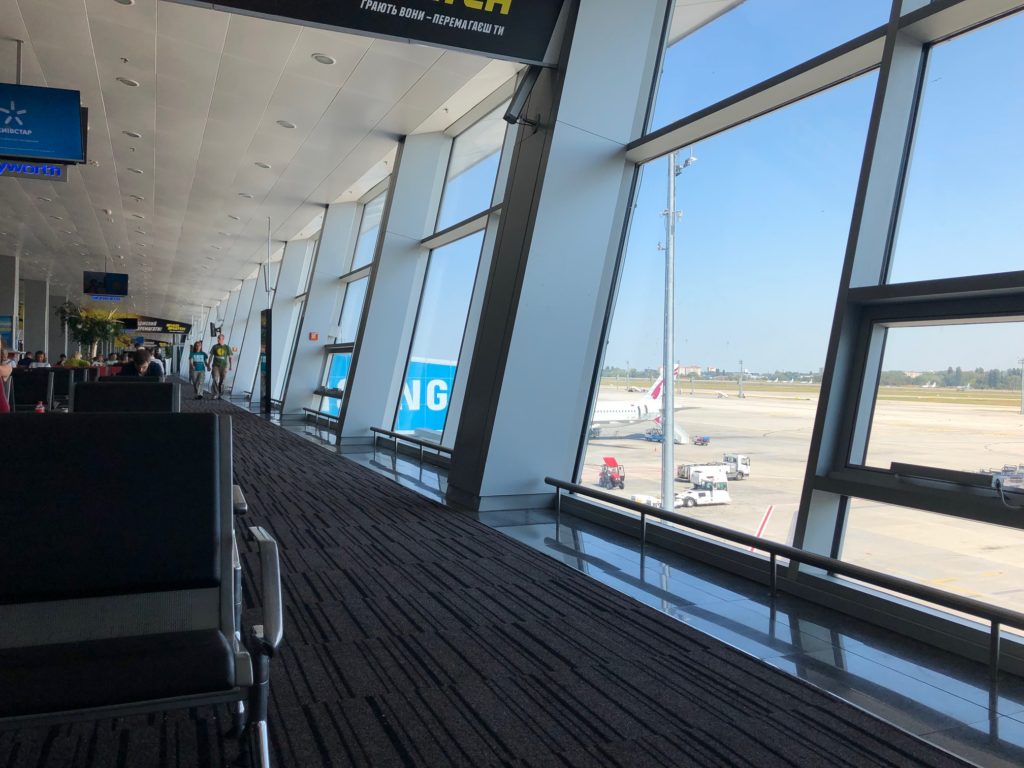 The main international airport for Kiev. It is located to the east of the city, around 45 minutes by taxi or public transport.

This is where all the main international airlines fly to, and is the home base of Ukraine International Airlines.

The airport is also home to the government aircraft and you’ll find many stored airliners and transports on the eastern side of the field, as well as a retired Tupolev Tu-154 used as a training airframe.

Spotting isn’t very easy unless you’re flying from Boryspil. If you’re in the departure lounge you’ll have views across to the storage area and can take photos of aircraft coming to and from the gates.

On takeoff, keep an eye out for aircraft stored and parked up at the old terminals on the western side of the airport. 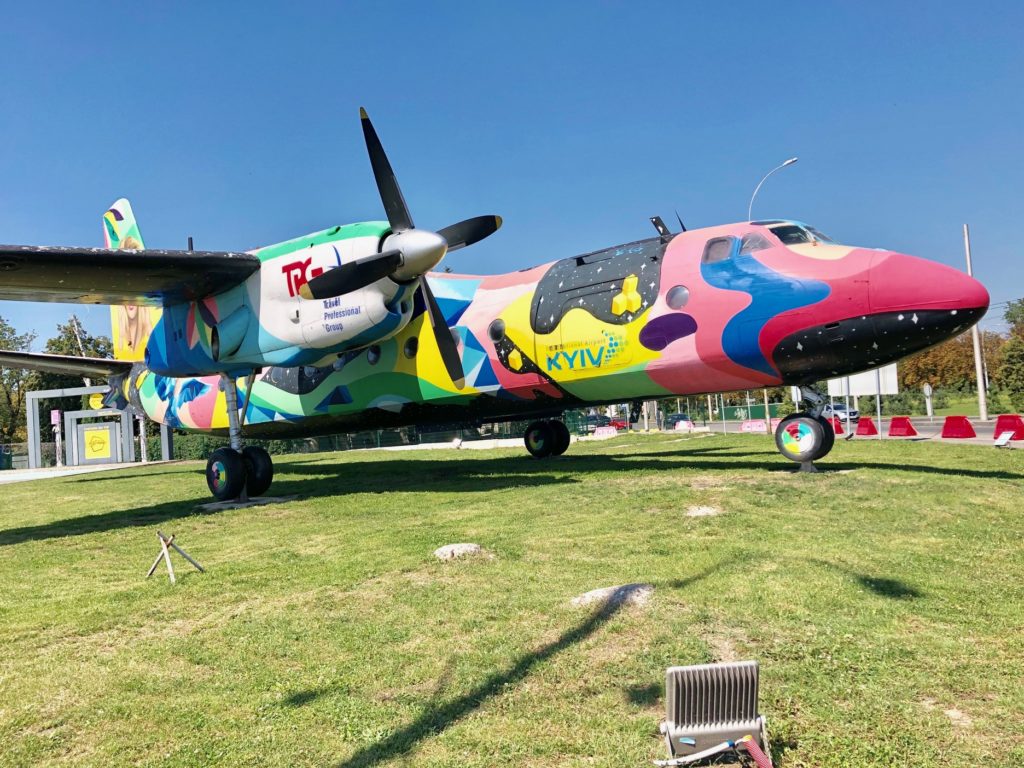 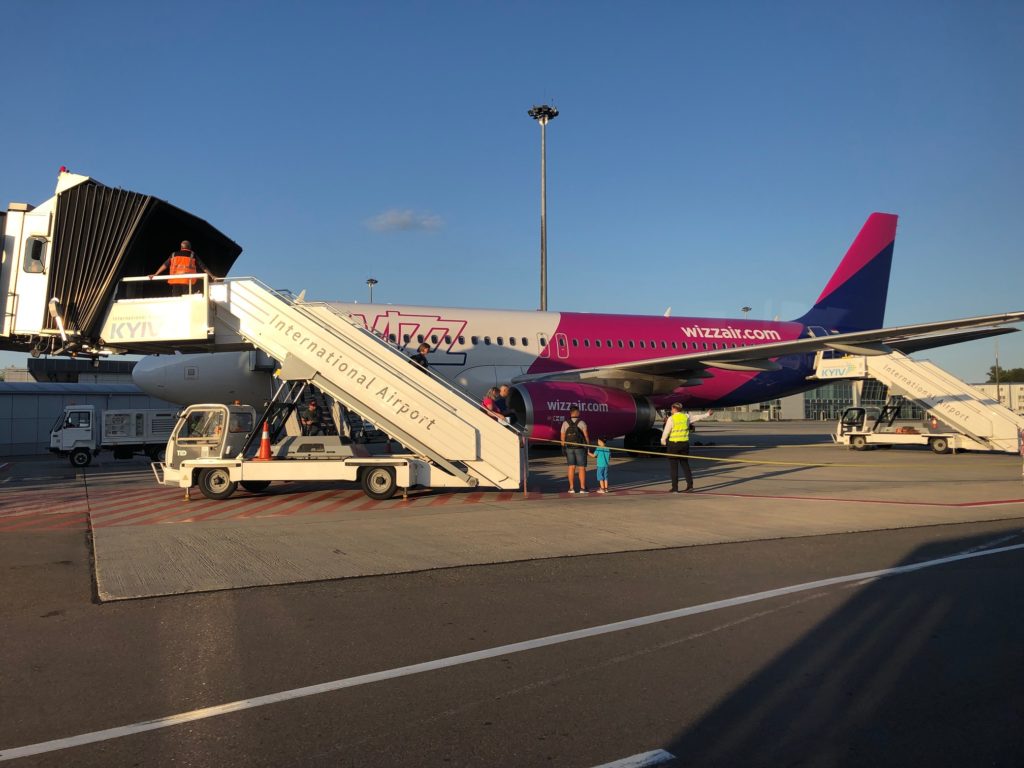 The older, more central airport in Kiev is Zhuliany just to the south of the city centre. This is home to some of the domestic carriers, like Motor Sich, as well as low-cost airlines like Wizz Air.

Scattered around the airport are many old Antonov turboprops and other airliners in storage, and you’ll see some government and military transport aircraft.

Just outside the airport is the Oleg Antonov State Aviation Museum (see below) which is one of the best spotting locations at Zhuliany.

Also, outside the passenger terminal is a preserved Antonov An-24 in a unique livery! 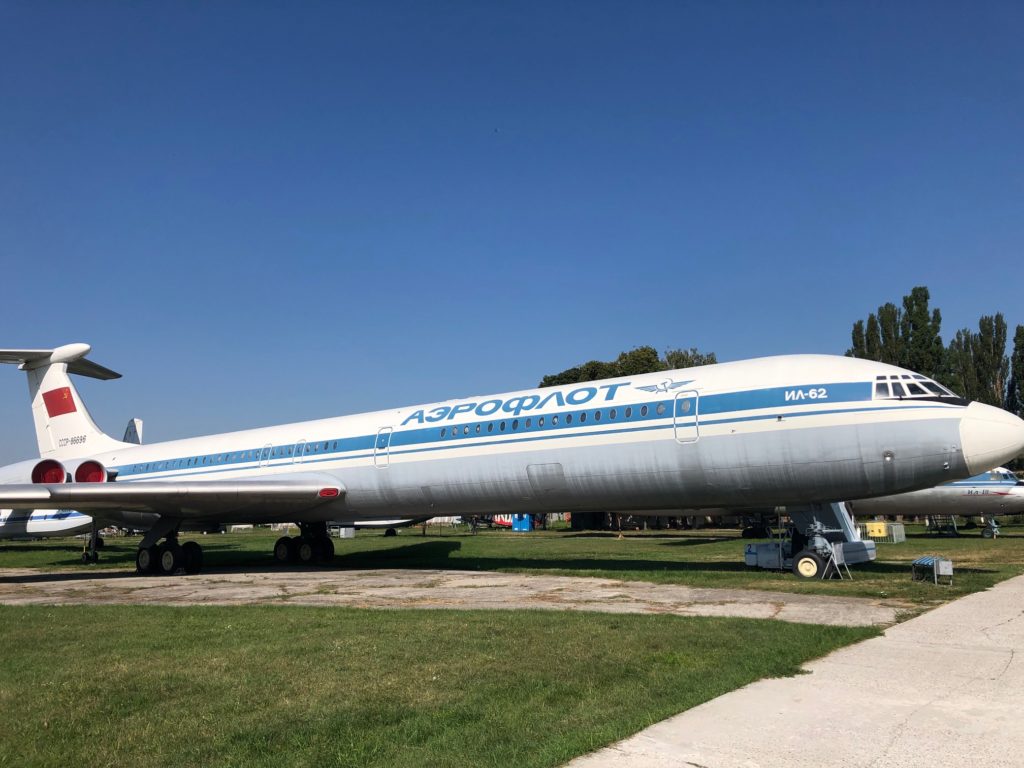 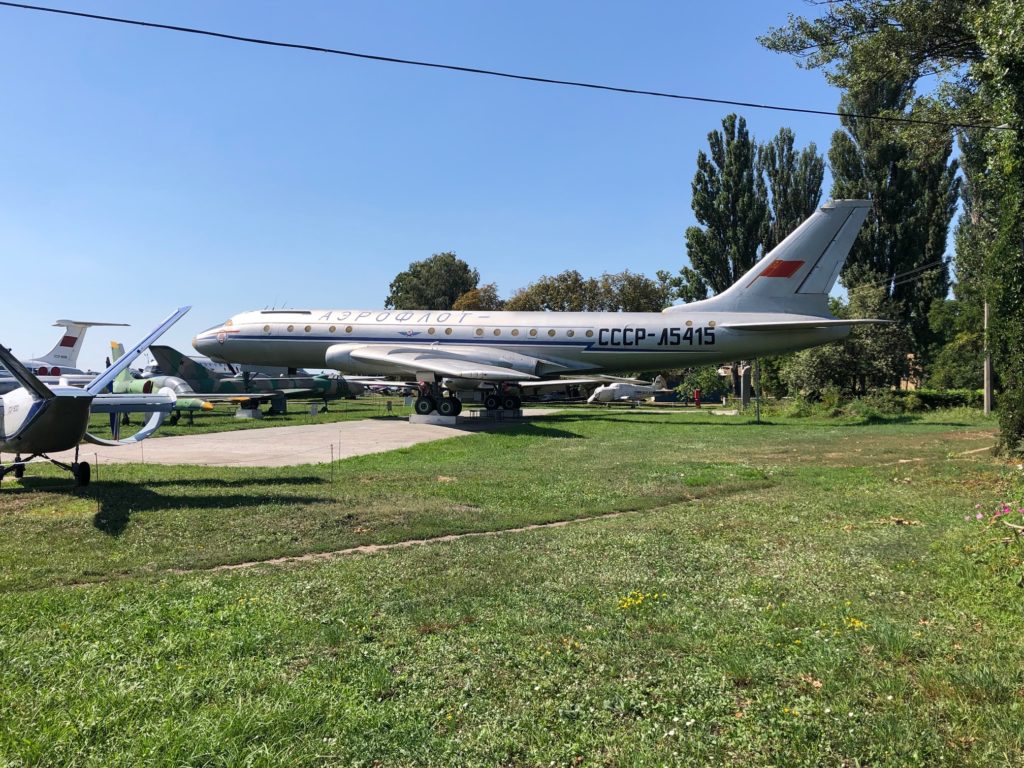 One of the aviation highlights in Ukraine. This museum is a short distance from Zhuliany airport in Kiev, and is home to a huge collection of Ukrainian and Soviet-era aircraft, both military and civil.

You’re free to wander around these aircraft taking pictures, and on certain days many of them are open to enter inside.

There is also has a hill which overlooks the runway at Zhuliany Airport.

The museum is open Tuesday to Sunday (closed Mondays) from 10am. See their website: http://aviamuseum.com.ua/en

Just north of Kiev is Gostomel Airport – often referred to as Antonov Airport, for this is where production, testing and maintenance of Antonov aircraft takes place.

Most notably, this is the airport where the huge Antonov An-225 Mriya lives when not on assignment (plus one of uncompleted An-225 airframe).

Sadly it’s not easy to spot at Gostomel Airport, but you can organise tours through Ukraine Aviation Tours 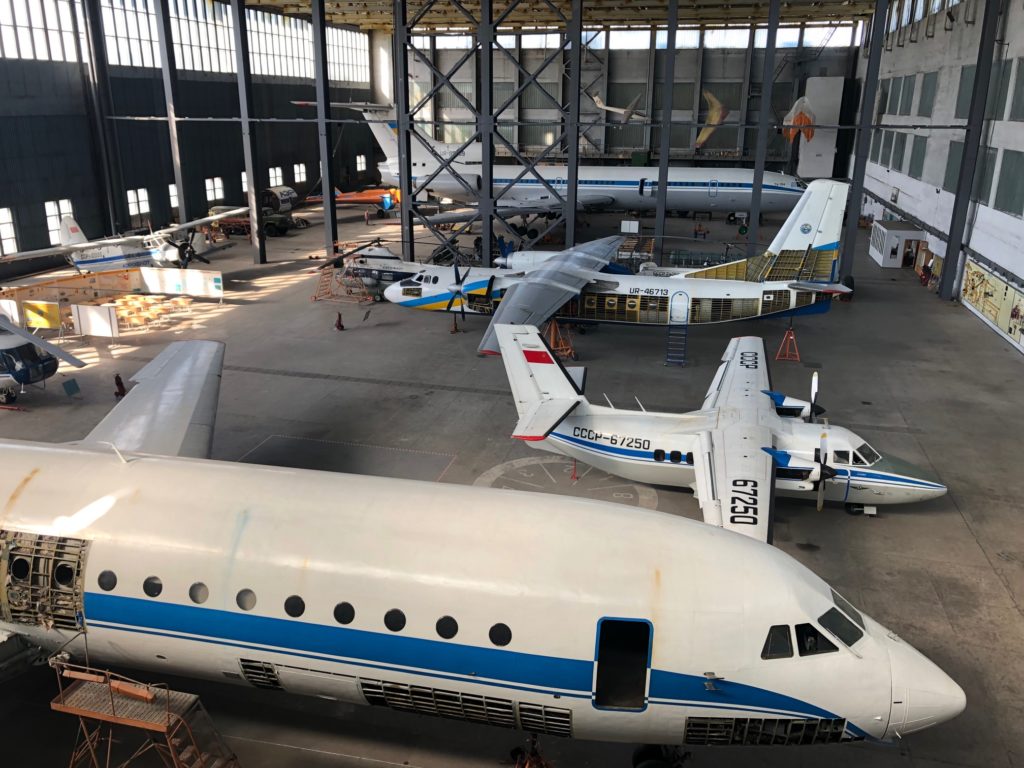 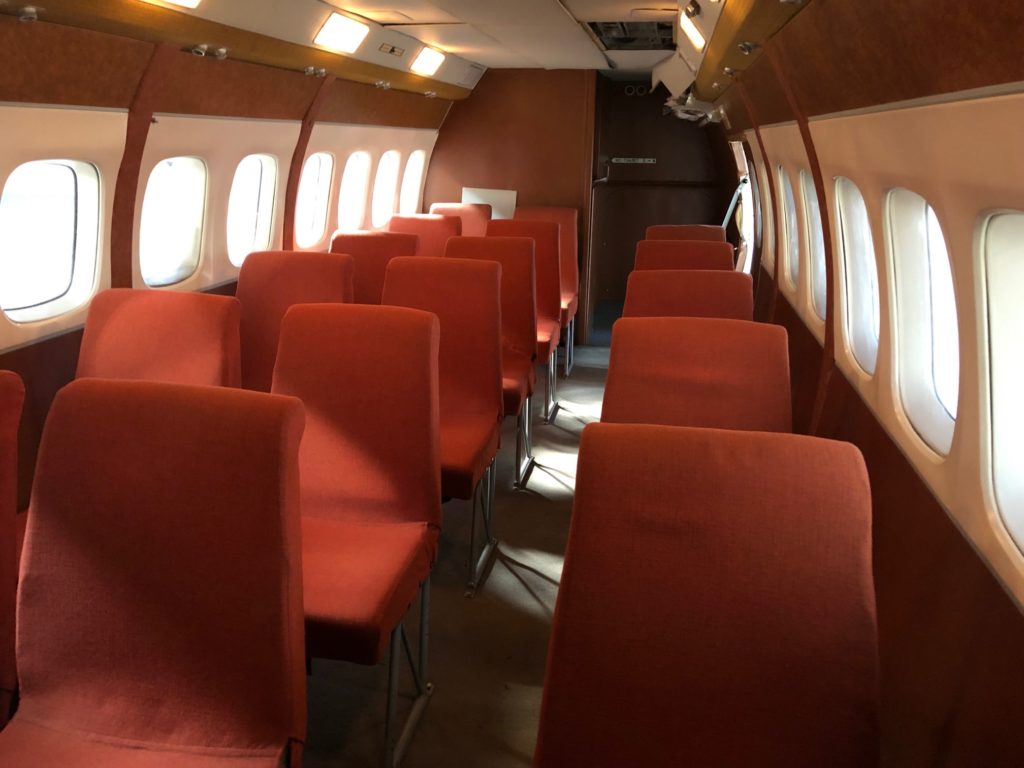 Another spotting highlight in Kiev is the National Aviation University, located in the south of the city near Zhuliany airport.

This facility teaches students in all aspects of aircraft maintenance, development, engines and safety. Most notably for the enthusiast, it has in its collection a number of retired aircraft now used by the students.

These include Antonov An-2, An-24, LET-410, Tupolev Tu-154, Yakovlev Yak-42 and various other aeroplanes and helicopters.

Just outside the university is a preserved An-26.

The university is not open to the public, but again you can arrange a visit through Ukraine Aviation Tours. 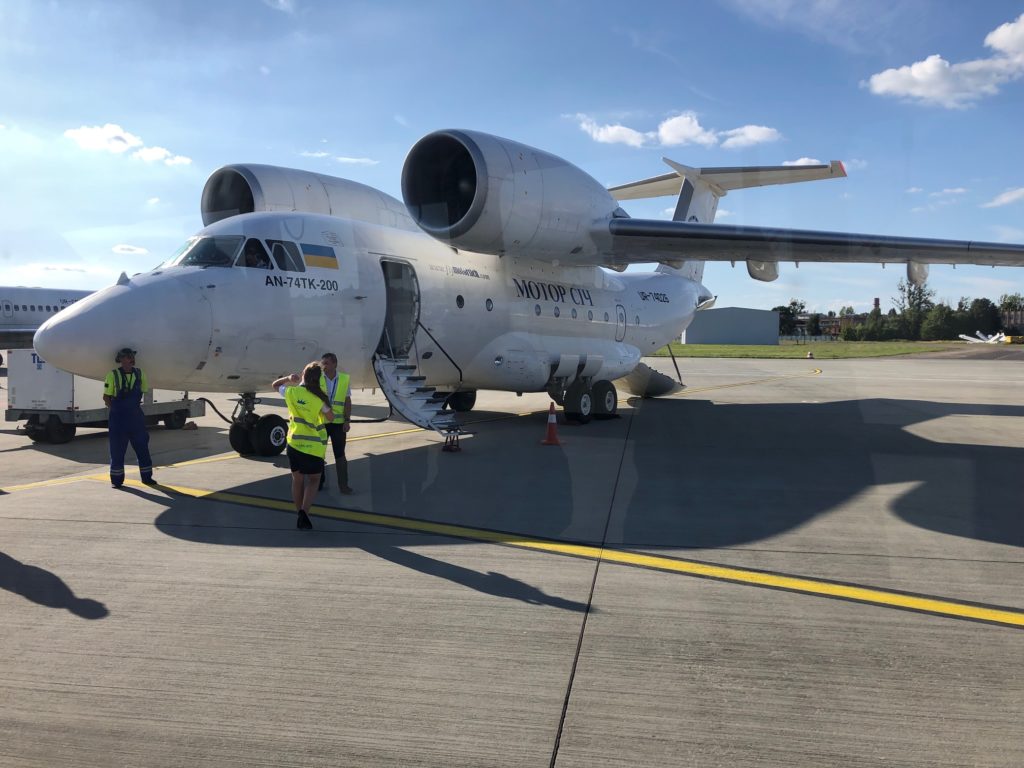 Not strictly a Kiev highlight, Motor Sich is a great way to get there!

This Ukraine domestic airline still flies a variety of older and rarer airliner types, like the Antonov An-24, An-74, An-140 and Yakovlev Yak-40.

They are easy to book on and cheap to fly!

Sadly Motor Sich has reduced the number of routes it flies, so common flights like Kiev to Lviv are no longer offered. But there are still options, so check out their website: https://flymotorsich.com/en/

[My flight on Motor Sich An-74 from Lviv to Kiev]

Trip Report: Flying from Frankfurt to L’viv via Riga