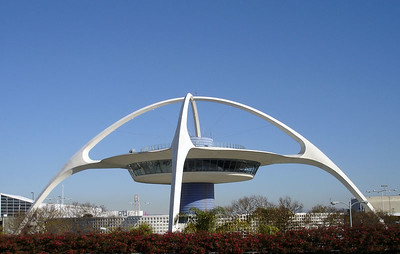 It closed following the 9/11 attacks in 2001, but this weekend LAX’s old control tower observation deck, in the building often known as the Theme Building, will reopen!

We don’t know yet whether the views will be as good as they previously were, but this is a major positive step for anyone wishing to watch aircraft at Los Angeles International.

At the moment, the opening hours will be limited to Saturdays and Sundays from 8am to 5pm.

There will be an official opening ceremony for the refurbished building on 21 June 2010.

Last chances to fly and see the Aeroflot IL-96