Brand new US start-up airline Northern Pacific this week unveiled its first aircraft and livery at an event in California, ahead of launch later this year.

The airline is to be based in Alaska, and hopes to be the “Icelandair of the Pacific” – a nod to its interesting use of a central hub to link East and West.

What is Northern Pacific

This new airline is owned by FLOAT Alaska, a company that also owns (and recently rescued) Ravn Alaska – a commuter airline based in the northern state.

This model, most famously operated by Icelandair at Keflavik International, linking Europe with North America, will hopefully offer a seamless transition for passengers, and affordable air fares to compete with mainline carriers. 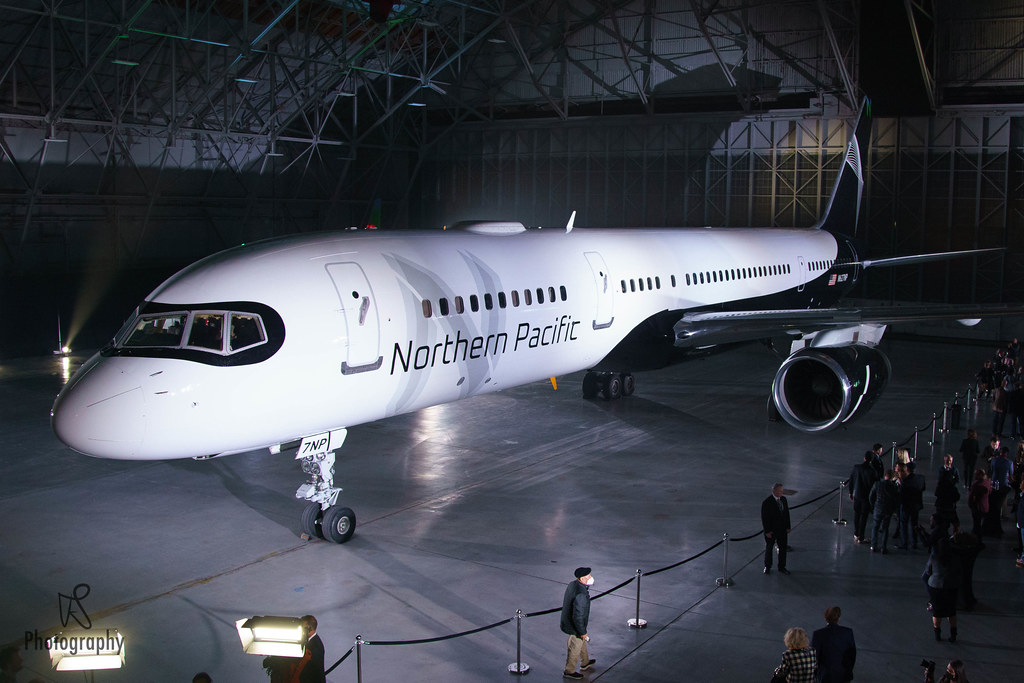 Northern Pacific has so far acquired a fleet of nine Boeing 757-200 aircraft for its operation.

The first of these was unveiled at a ceremony at San Bernardino, CA, showing the carrier’s smart livery.

The livery was designed by Edmond Huot, and is based on a black-and-white design, with bandit-style cockpit windows and a stylised ‘N’ logo.

Northern Pacific Chief Executive Officer Rob McKinney stated: “The livery design captures the Northern Pacific brand and our affection for our Alaskan home. The design echoes our airline’s values – elevated customer service, an esteemed point of view, and an innovative route strategy designed to connect passengers from east to west.”

The airline plans to operated 12 Boeing 757s eventually. They will feature 180 seats in a three-class layout.

The initial list of destinations likely to be served by Northern Pacific from its Anchorage hub are:

The airline will also offer a feeder service through Ravn Alaska to many smaller destinations within Alaska.

Flights are expected to start around the Fall of 2022 depending on restrictions lifting in target destinations.