OWG is a new Canadian airline about to commence operations.

Launched earlier this year, but actually in the pipeline since 2018, OWG is a subsidiary of Nolinor and will fly to holiday and leisure destinations, as well as offering its aircraft on charter work.

The airline has acquired a fleet of 158-seat Boeing 737-400 aircraft which sport a colourful red and purple livery with large, white OWG titles.

Headquartered at Montreal Pierre Elliott Trudeau airport, with flights also operating out of Toronto Pearson, OWG aims to serve destinations in the Caribbean such as Cuba.

To date OWG has acquired its first three Boeing 737-400s. They are:

What Does OWG Mean? 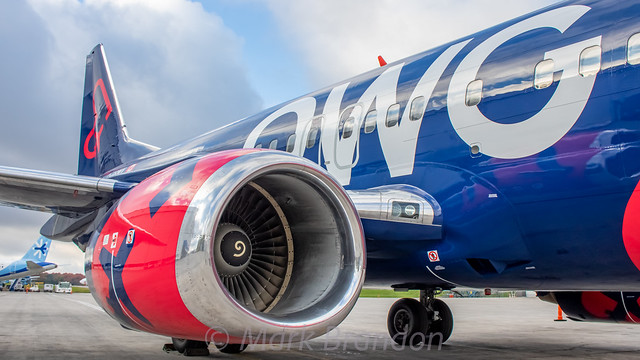 I haven’t noticed any official announcement on the meaning of OWG, but the airline consistently plays on what it might mean (suggesting it doesn’t mean anything official). Suggestions include:

There WAS official announcement somewhere that OWG means “Off We Go”