Last month one of the most iconic aircraft to have ever flown was sadly dismantled at Bruntingthorpe Airfield near Leicester in the UK.

Super Guppy F-BTGV, which started life as a Boeing Stratocruiser and was later converted into this whale-like aircraft which was used to ferry Airbus parts around Europe, has been a part of the aviation heritage collection at the airfield for many years.

However, a recent change in ownership of the airfield has seen many of the resident airframes cut up and scrapped as their future could not be allowed at the site. With removal costs so high, the only option has been to scrap them. 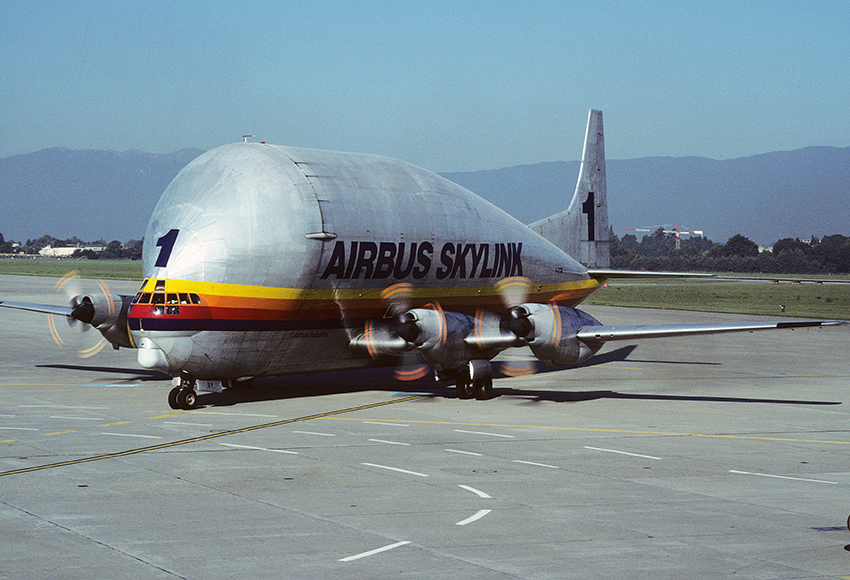 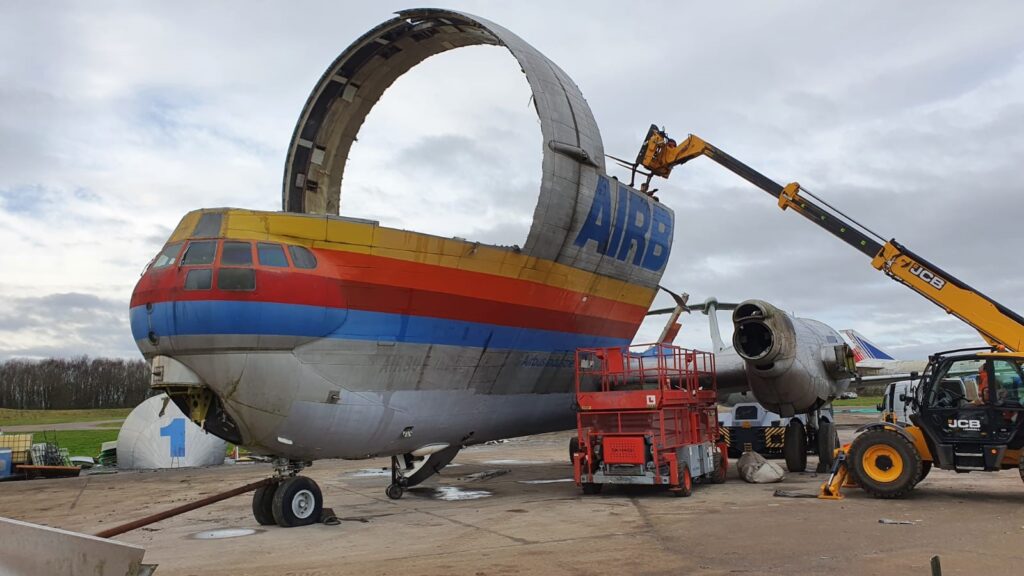 F-BTGV was built in the 1960s as a direct enhancement of the Super Guppy (SG-201) based on the Boeing 377 Stratocruiser for NASA. Its four Allison 501-D22C turboprops meant it could now take a load 25 tonnes – almost seven tonnes more than its predecessor. A total of five Super Guppies were built.

Thankfully the cockpit and some other sections of F-BTGV have been saved and are to be preserved at the South Wales Aviation Museum.

Own a Piece of the Guppy 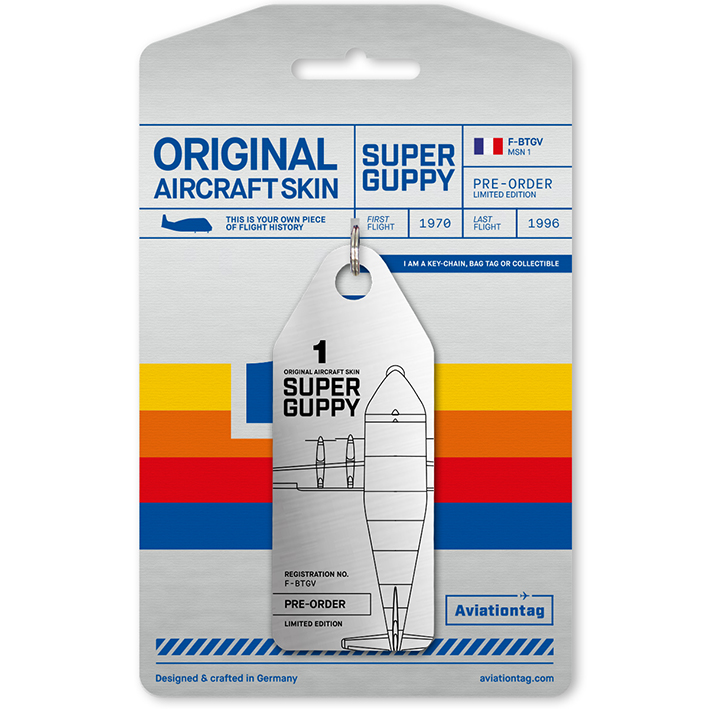 Also stepping in to preserve the heritage of this unique aircraft is AviationTag – a company which creates collectible, limited edition metal tags from the skin of aircraft.

To make an Aviationtag, parts of the outer skin are disassembled and cut at their manufactory in Cologne until they are small enough be punched into the distinct Aviationtag shape. The final step in this upcycling process is precise laser engraving. Each of the strictly limited-edition Aviationtags features the aircraft type and registration number, the edition number and size. Each Aviationtag may differ from other serial numbers in thickness, colour and structure and is one of a kind. The engraved data can even be used to locate registered users thanks to Aviationtag’s own dedicated Lost & Found Service!

AviationTags of Guppy F-BTGV are available to pre-order now at the AviationTag website and other good aviation stockists. Strictly limited edition!

It would be good for users of this website to combine efforts if we want one as there is a minimum order of around €167 and so far I have been unable to find a UK supplier that this us available from.