One of the most interesting airports in Australia, and its busiest, is Sydney Kingsford Smith.

This major hub is home to Qantas, Virgin Australia and other local airlines, and also serves as a major international gateway serving flights from across Asia, North and South America.

For the spotter, Sydney provides various locations to watch and photograph airliners, and with the excellent weather enjoyed for much of the year, it makes your photographs look good, and spending time outside pleasurable.

Here’s our guide to plane spotting in Sydney. 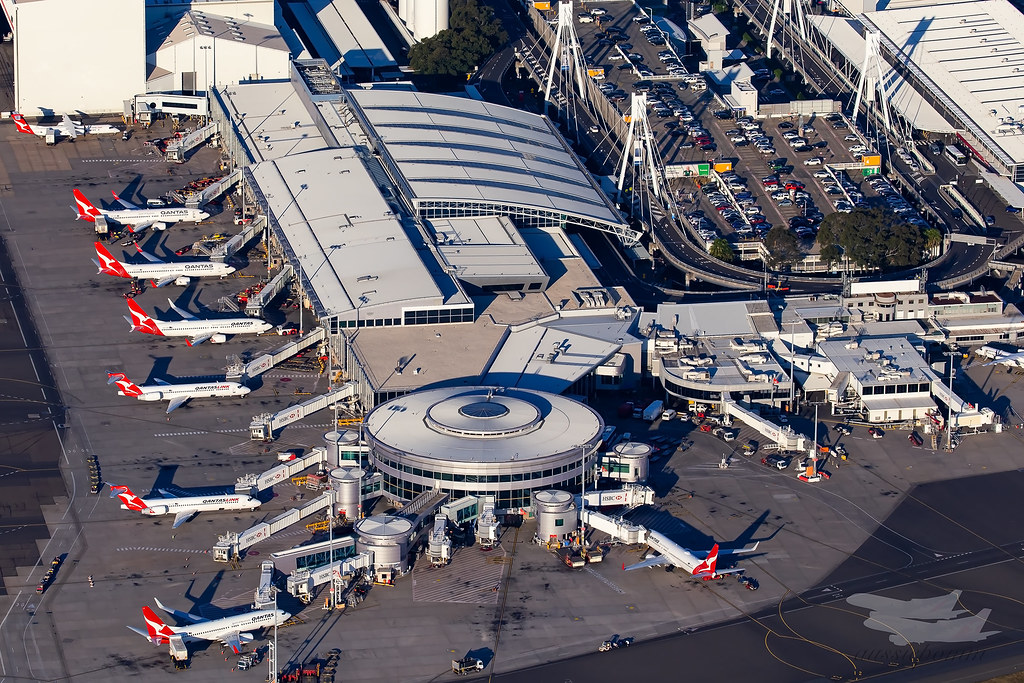 The airport has three main terminals – two on the eastern side, and the International Terminal on the western side, plus a freight area. 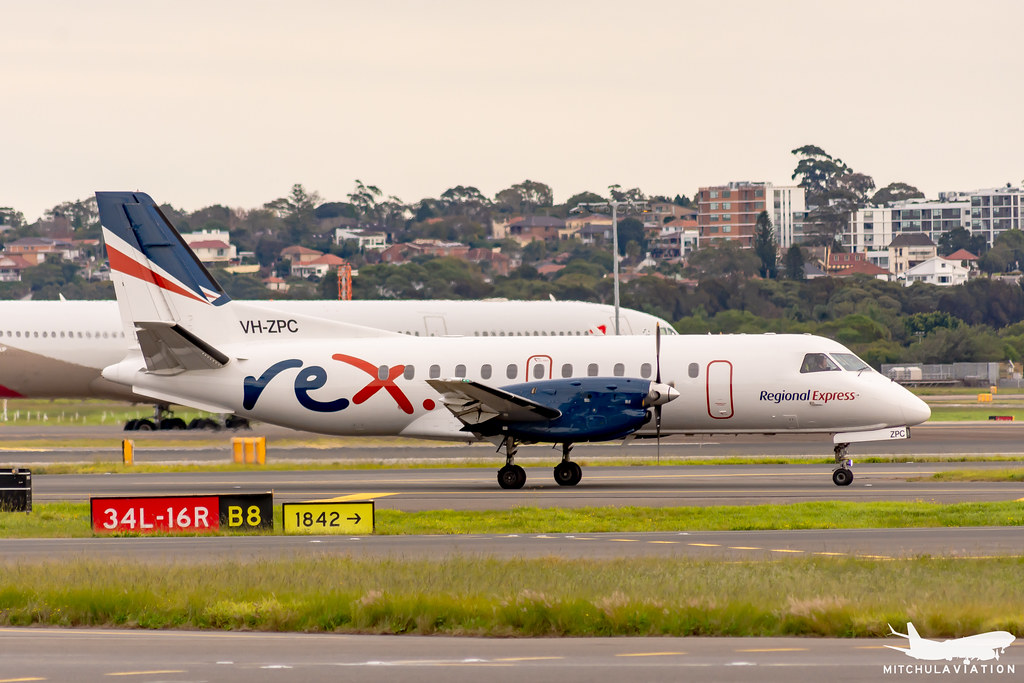 But at the airport itself, there are various highlights.

For those not local to Australia, the chance to see much of the country’s domestic fleet – at least that which uses the west coast – is a highlight. Qantas, Virgin Australia and Regional Express send much of their fleets through Sydney on any given week, with trunk routes operating many times per day.

There’s also the chance to see many airlines from across Asia, with the Far East being a big user of the airport, as well as Indonesia.

The busy link to New Zealand also sees many aircraft from both countries operating each day.

Sydney does see some general aviation and executive aircraft, as well as freighters from big names such as Cathay Pacific, Emirates, FedEx, Kalitta Air, Singapore Airlines and UPS. 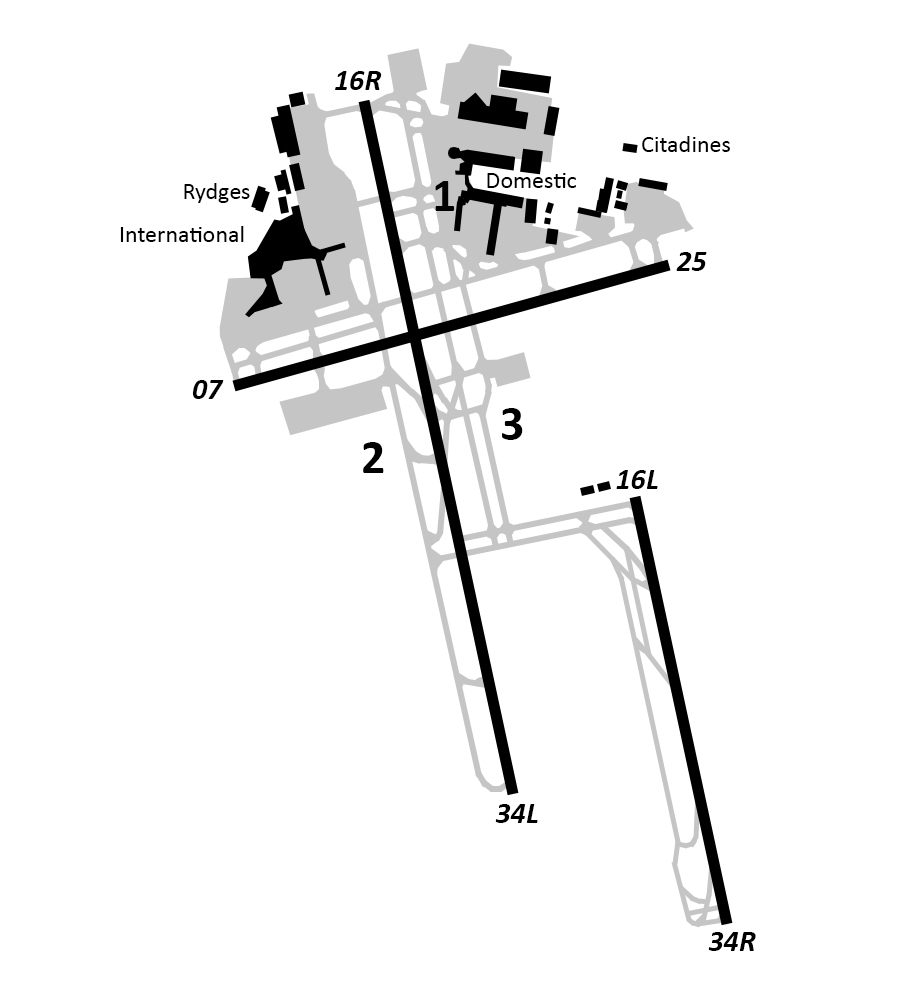 These are the best places for plane spotting at Sydney Airport. If you know of any others, please leave a comment below! 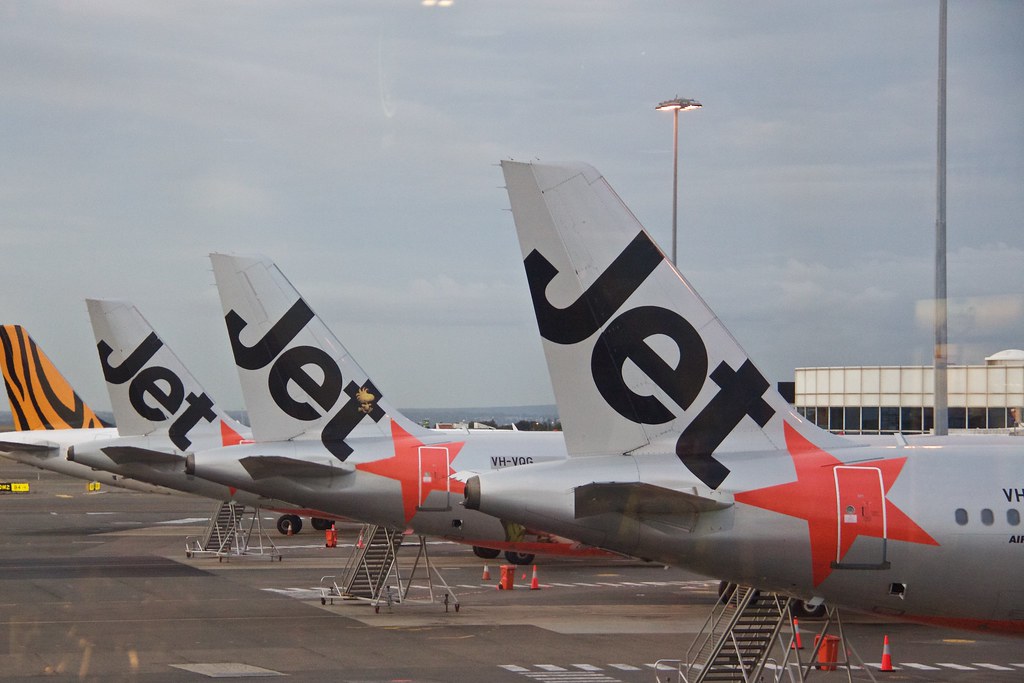 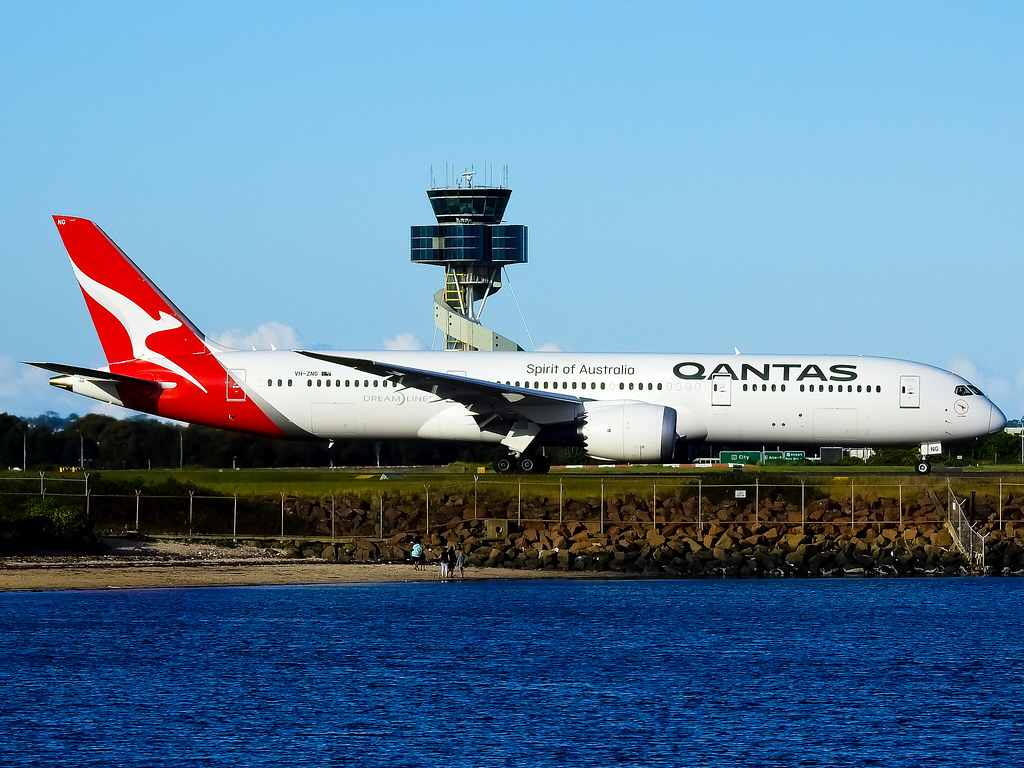 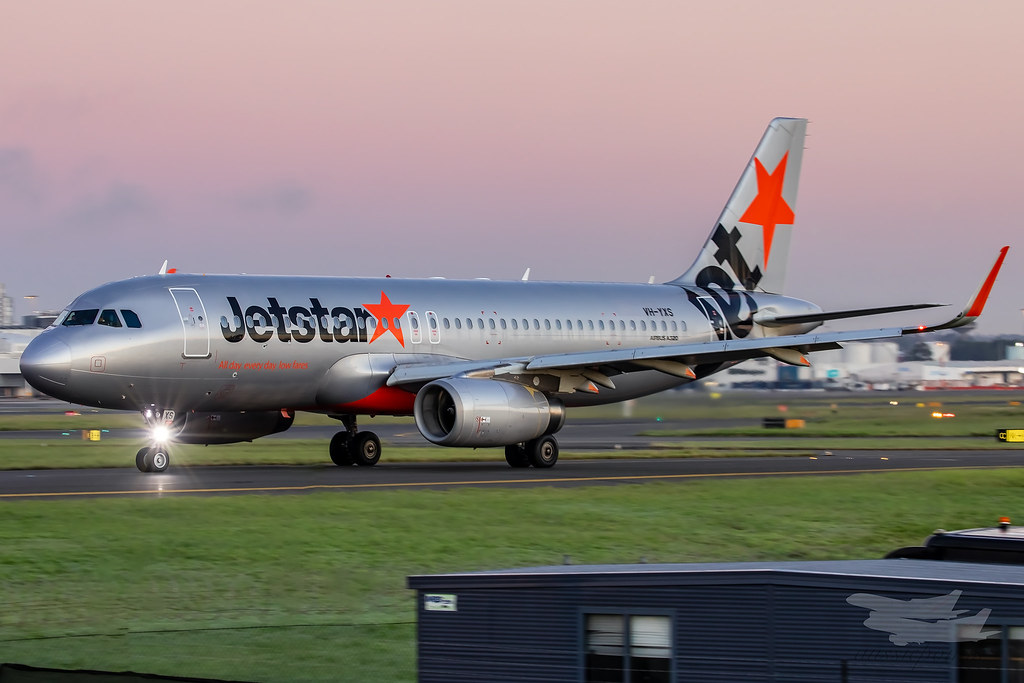 These are the hotels at Sydney Airport which are good for plane spotting. 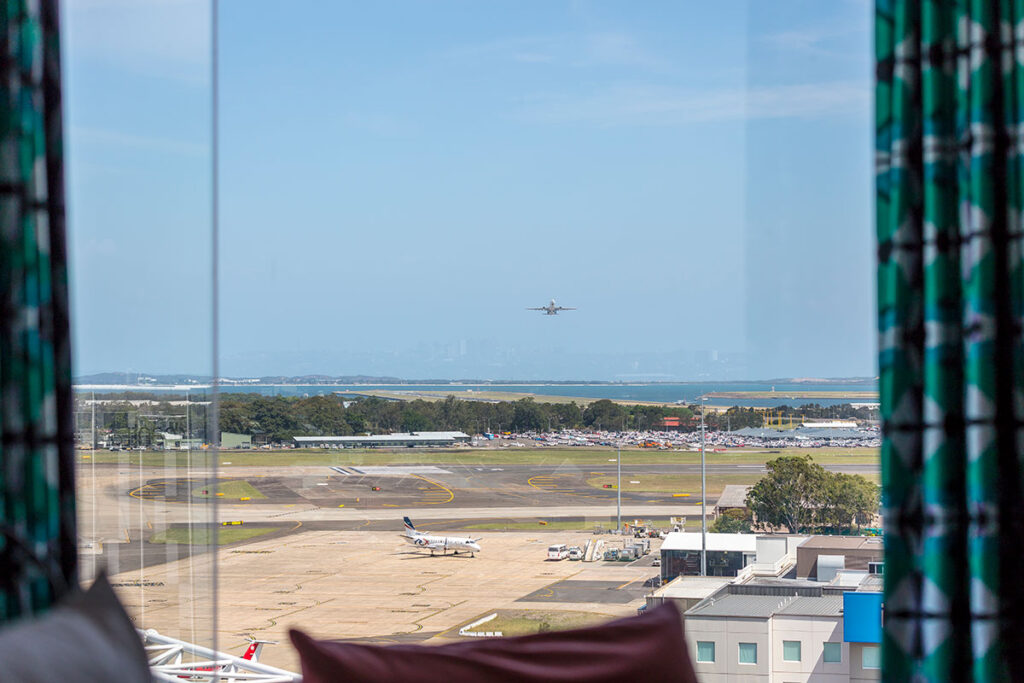 121 Baxter Road, Mascot, 2020 NSW, Australia | +61 2 8303 8888 | www.citadines.com
A fairly new hotel on Baxter Road, behind the Domestic Terminal and maintenance area, and close to the biz jet parking areas. It was called the Felix Hotel when first opened, but has since changed. Smart and stylish, with a travel theme throughout. 70 of the 150 rooms face the airport, and have different prices based on class. Views are good of movements and nearer areas, but International Terminal out of sight.

3 Ross Smith Ave, Mascot NSW 2020 | +61 2 8398 0700 | www.mantra.com.au
Another new hotel north of the airport near the domestic terminal. Upper rooms have a view of runway 07/25 and the FBO areas, but other areas are out of sight and photography is not really possible.

8 Arrival Ct, Sydney Airport, NSW 2020 | +61 2 9313 2500 | www.rydges.com
A good replacement for the closed International Terminal observation deck. Located just behind the terminal, the Rydges has seized the opportunity presented by spotters by providing day access to its panoramic terrace for a fee. You can see and photograph movements around the terminals and runway 16R/34L. Higher rooms facing the same direction have a similar view, and the hotel offers spotters packages which include the best views, food and drink allowance, information sheet, free Wi-Fi and a pair of binoculars!

Sydney is currently seeing a new airport being built to relieve pressure on Kingsford Smith. It will serve airlines and passenger traffic, and is set to open in 2026. It is located at Badgerys Creek, and known as Western Sydney Airport. Its more rural location and blank slate allows a removal of noise and nighttime restrictions, and good connections to the transport network. 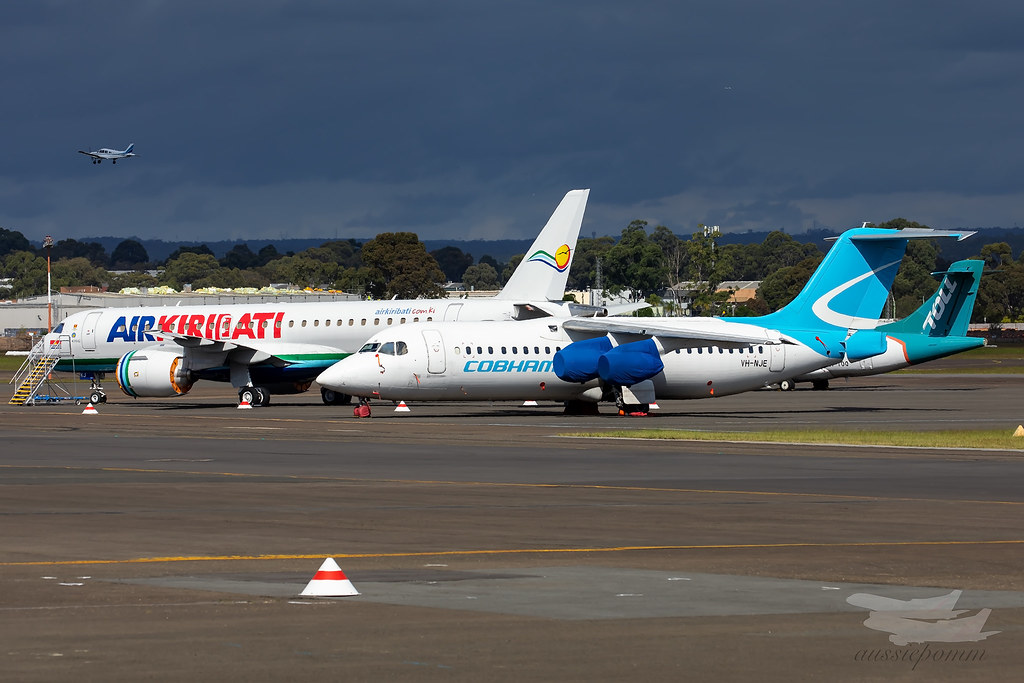 Sydney’s other airport, at Bankstown, is largely a general aviation hub 14 miles east of downtown and Kingsford Smith Airport. Despite only having a couple of airline routes from Toll Aviation, Bankstown is presently the fourth busiest airport in the country, so worth a visit if you’re not just into airliners. There are often smaller airliners and bizjets present. Spotting is best if you have a car and can drive around the perimeter logging what you see through the fence as there are lots of parking areas and hangars.