The latest in a series of book marking the history of the Royal Air Force has just been published, this time celebrating the air force on display through its 100+ years of existence.

While we don’t often cover military subjects on this site, we do often cover aviation photography and history, and it shouldn’t be forgotten that much of the RAF’s fleet consists of transport aircraft which many readers have fond memories of.

It is also perhaps poignant that throughout the history of the RAF, the UK’s reigning monarch has been on hand to attend – or be honoured with – displays and ceremonies by its aircraft, none more so than Queen Elizabeth II who even this year enjoyed the last of many fly-pasts along The Mall and Buckingham Palace to celebrate her 70 years on the throne. 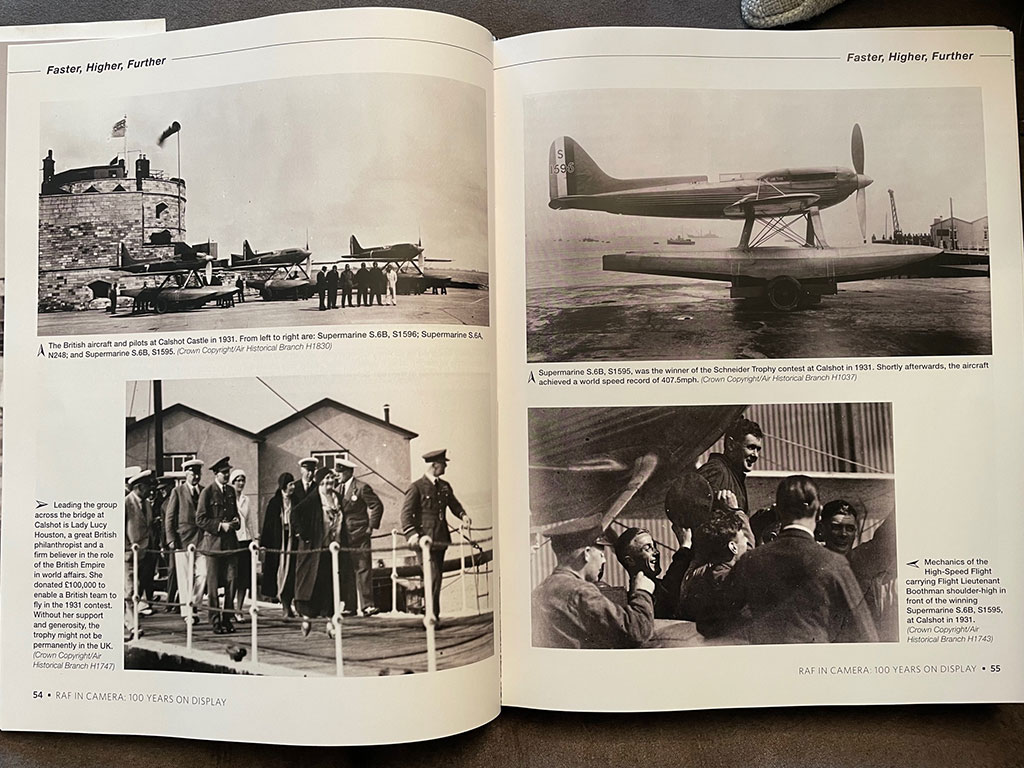 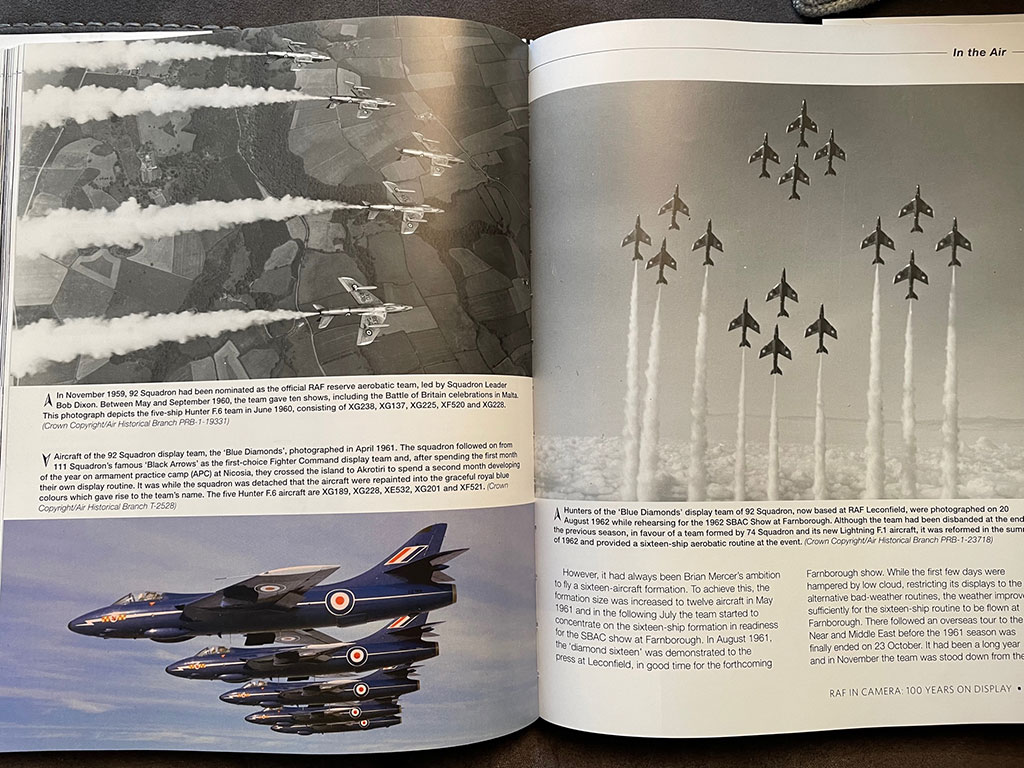 Founded in 2018 by the amalgamation of the Royal Flying Corps (RFC) and Royal Naval Air Service (RNAS), the Royal Air Force (RAF) became the nation’s third armed force and quickly grew into an important and dominant force in the defence of the United Kingdom.

Its history, in many ways, is the history of aviation and 20th century warfare. When it was founded, aviation was relatively new, but as it grew it saw advancements in technology and aircraft design at a fast pace.

Through its various roles, the RAF has operated many aircraft types, from early biplanes, through the famous aircraft of World War II like the Spitfire, Hurricane and Lancaster, and later jet and supersonic developments.

It has also operated many large and modern transport types, even to this day.

And throughout its history, the expertise and precision of its pilots have always been put on display in some its most famous aircraft and aerobatic teams. 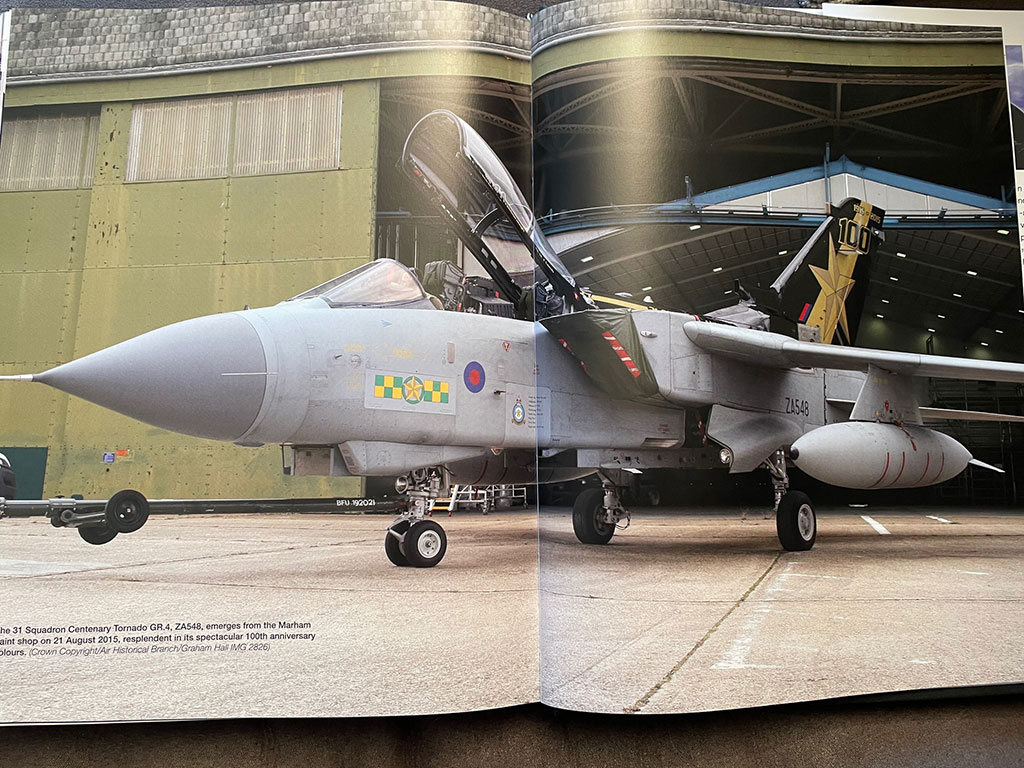 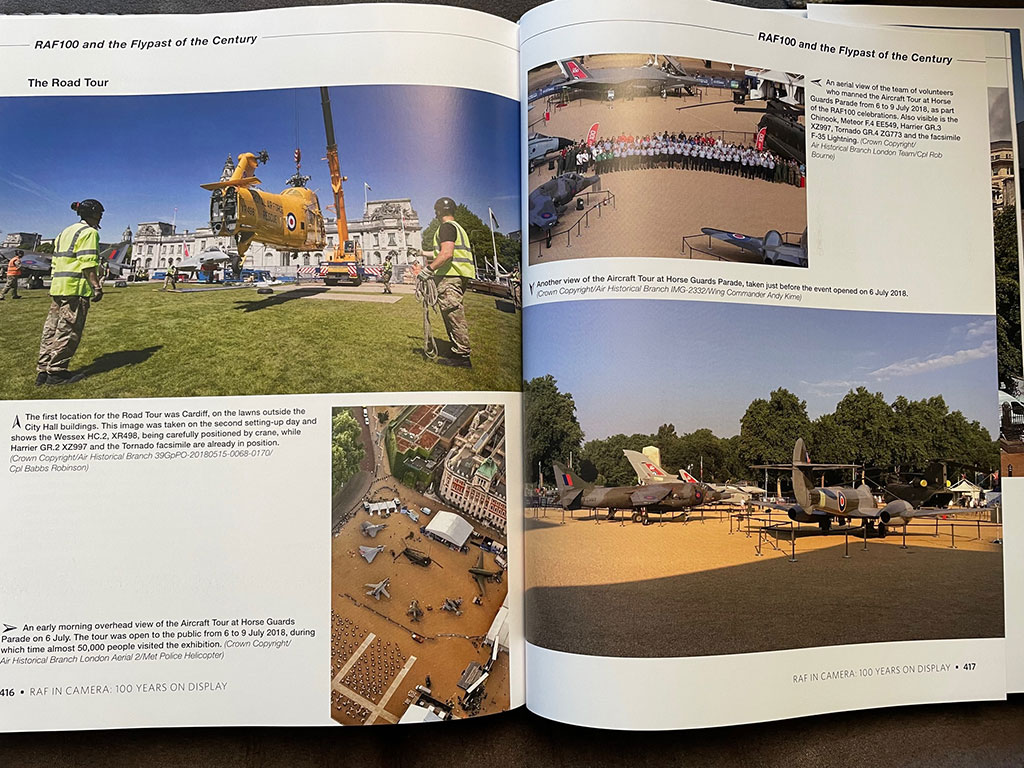 RAF in Camera – 100 Years on Display, is a large, hardback book which is packed full of colour photographs.

Its mission, as the name suggests, is to chart the history of displays and display flying through the hundred-year history of the RAF up to 2018.

This book looks at all elements of displays, pageantry, events and milestones, aircraft and much more from the earliest days of the RAF.

It also extensively uses images from the archives of the Air Historical Branch and the National Archives, which have been researched and made available to cover the full historical period and uncover many of the events covered.

It’s safe to say the photography and photographs in this book, of 472 pages, are astonishing. They will fascinate fans of aviation history, aerial photography, military aircraft types and events marking British history – something for everyone.

The pictures are a mixture of black & white and colour, depending on the time period, and are in the vast majority of cases clear and well reproduced, and often large on the page (or spread over two pages) to really do them justice.

Yet it’s not just about the pictures. Each chapter of this book has plenty of background information and descriptions, and the pictures throughout are accompanied by informative captions. 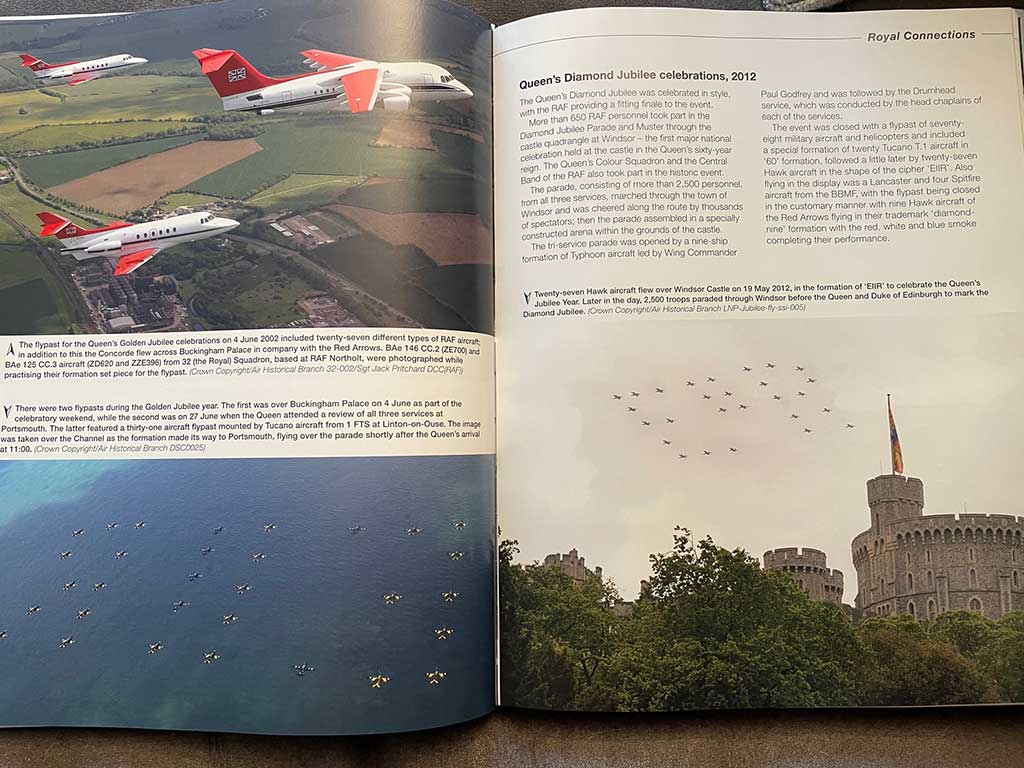 Chapters of the book cover: 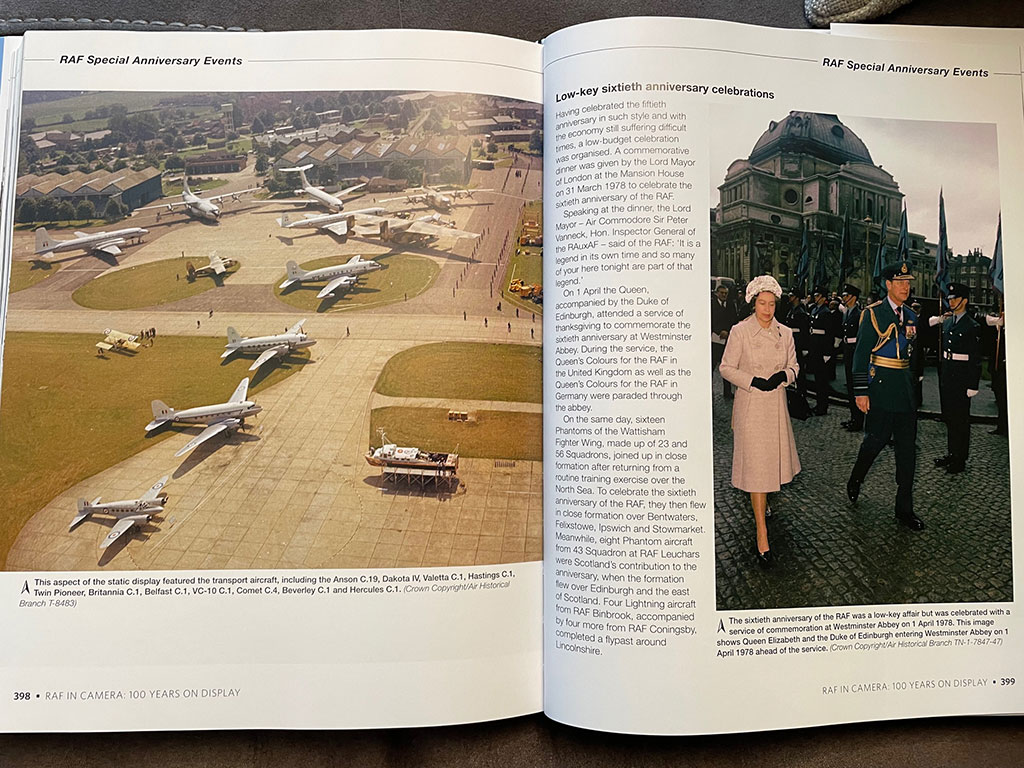 At £50 / $100 retail price, this is not a cheap book. But it is a large, fully illustrated book which gives a lot of value at nearly 500 pages. This is not a book you pick up and consume in an afternoon, but one which can be enjoyed over a much longer period. 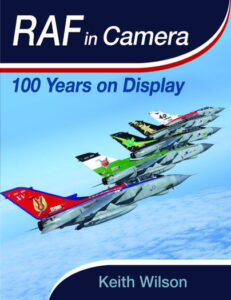 RAF in Camera – 100 Years on Display, is compiled and written by Keith Wilson. A veteran aviation photographer, particularly known for his air-to-air shots, he has photographed almost 2,000 different aircraft. His eye for a great shot and skills behind the camera make him the perfect person to create this celebration of the RAF in photographs, and it complements his other titles: RAF in Camera: 1950s, RAF in Camera: 1960s and RAF in Camera: 1970s, all available now.

RAF in Camera – 100 Years on Display, by Keith Wilson, is published by Pen & Sword Books and available now here: https://www.pen-and-sword.co.uk/RAF-in-Camera-100-Years-on-Display-Hardback/p/17293

And other good aviation stockists.