One of Britain’s best storage and scrapping airports is St Athan in South Wales.

St Athan was formerly a Royal Air Force base, and in recent years has officially become a civilian airport under MOD control. It has no airline service or infrastructure.

The airport is actually located only a couple of miles from Cardiff Airport, and you can see one from the other. 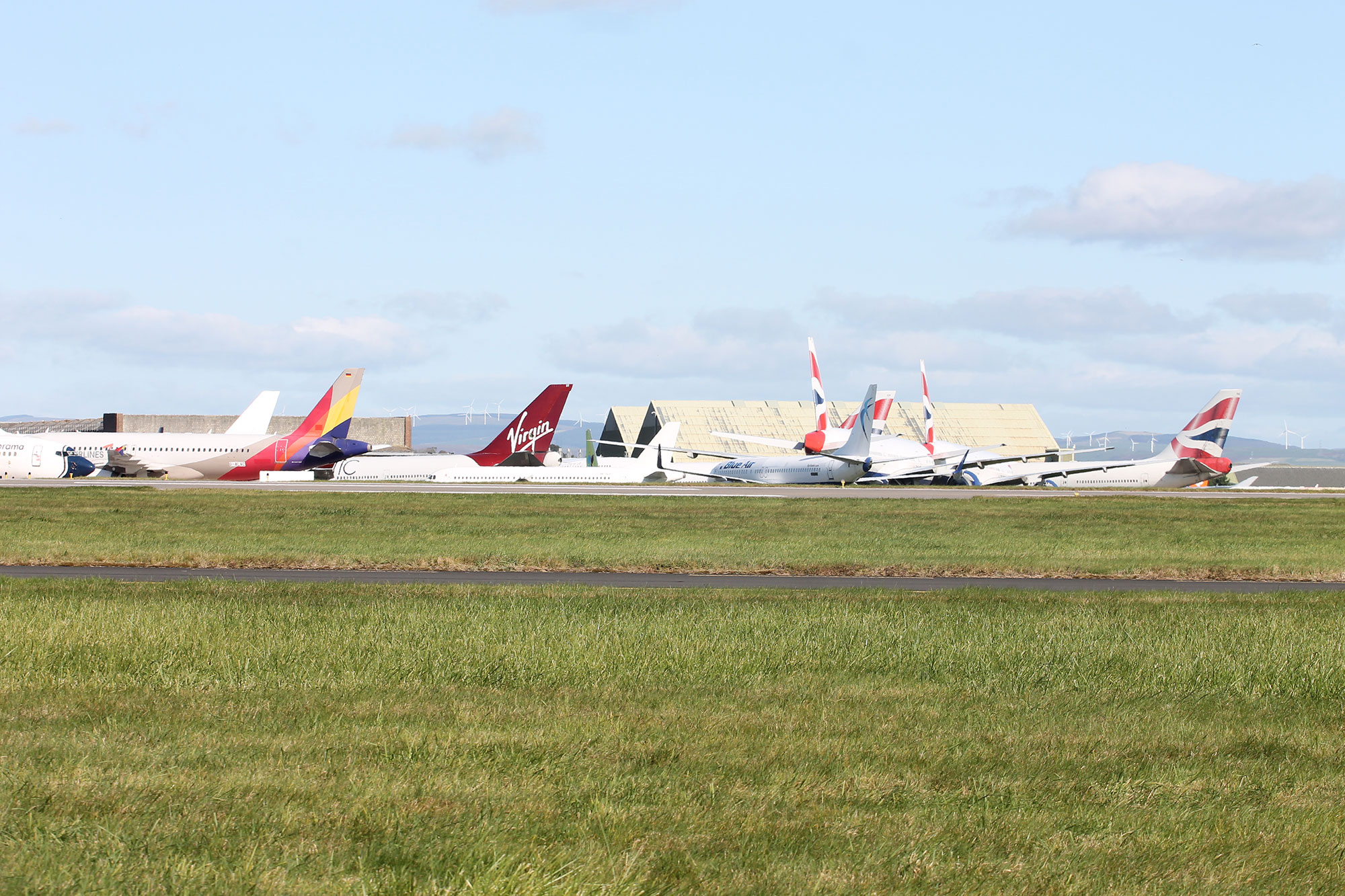 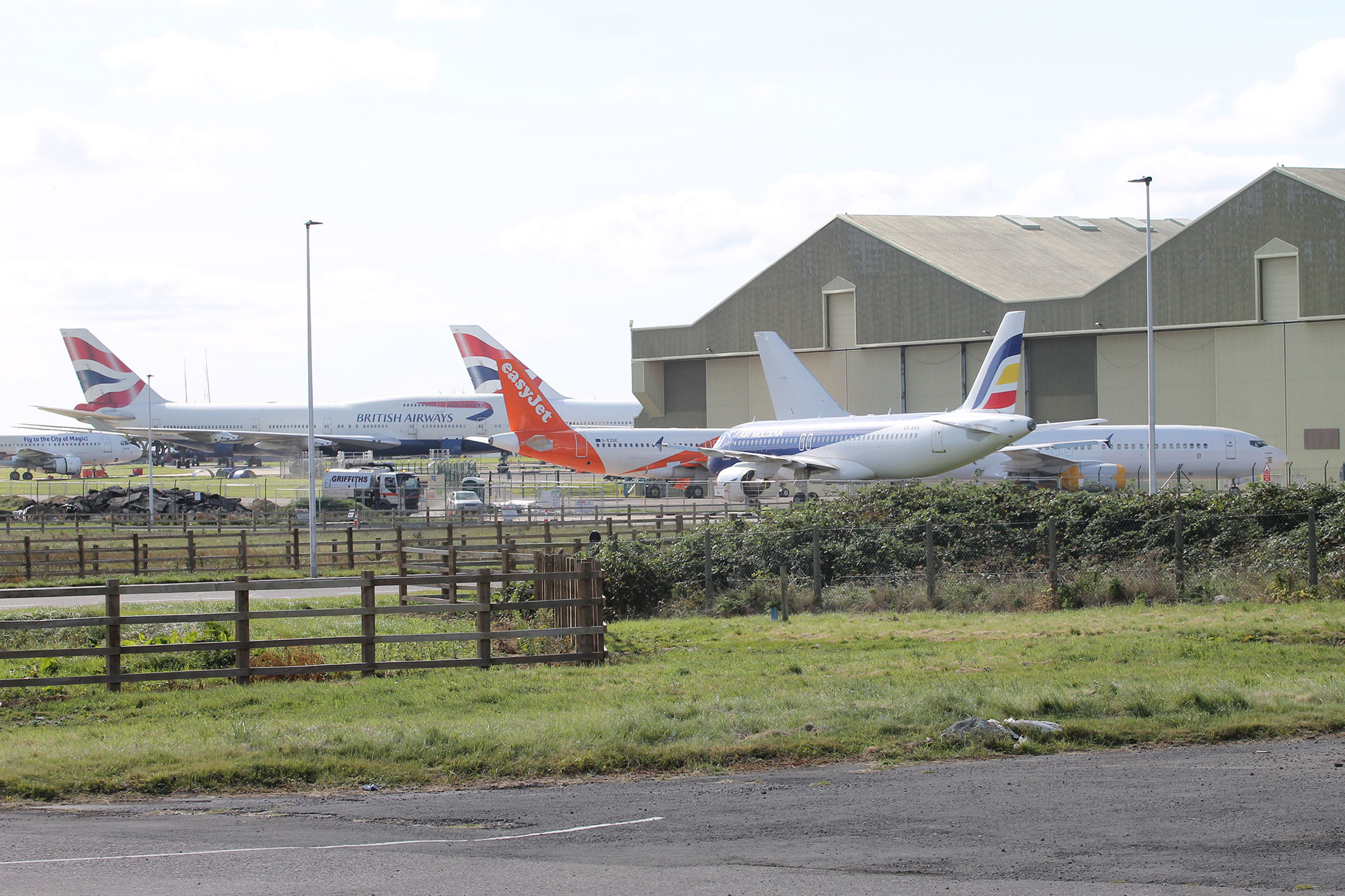 The main business at St Athan these days is in dealing with the end of life of airliners – a business which has boomed since the Covid-19 outbreak.

On site, a company called eCube Solutions occupies various hangars and aprons on the northern side of the airport. They recycle engines and parts from airliners, and eventually most are scrapped in a compound, being reduced to aluminium.

Airliners ending their life here range from Airbus A320 and Boeing 737 family right up to Boeing 747s, and everything in between.

Many will arrive and be parked outside for a while (sometimes months), before being towed to the scrapping compound.

St Athan is also home to a company called Horizon Aircraft Services which occupy a hangar on the south side of the airport. Their work involves maintenance on smaller aircraft, plus military and historic aircraft.

As a result, you’ll often see some interesting types parked outside their hangar.

Where to Spot at St Athan 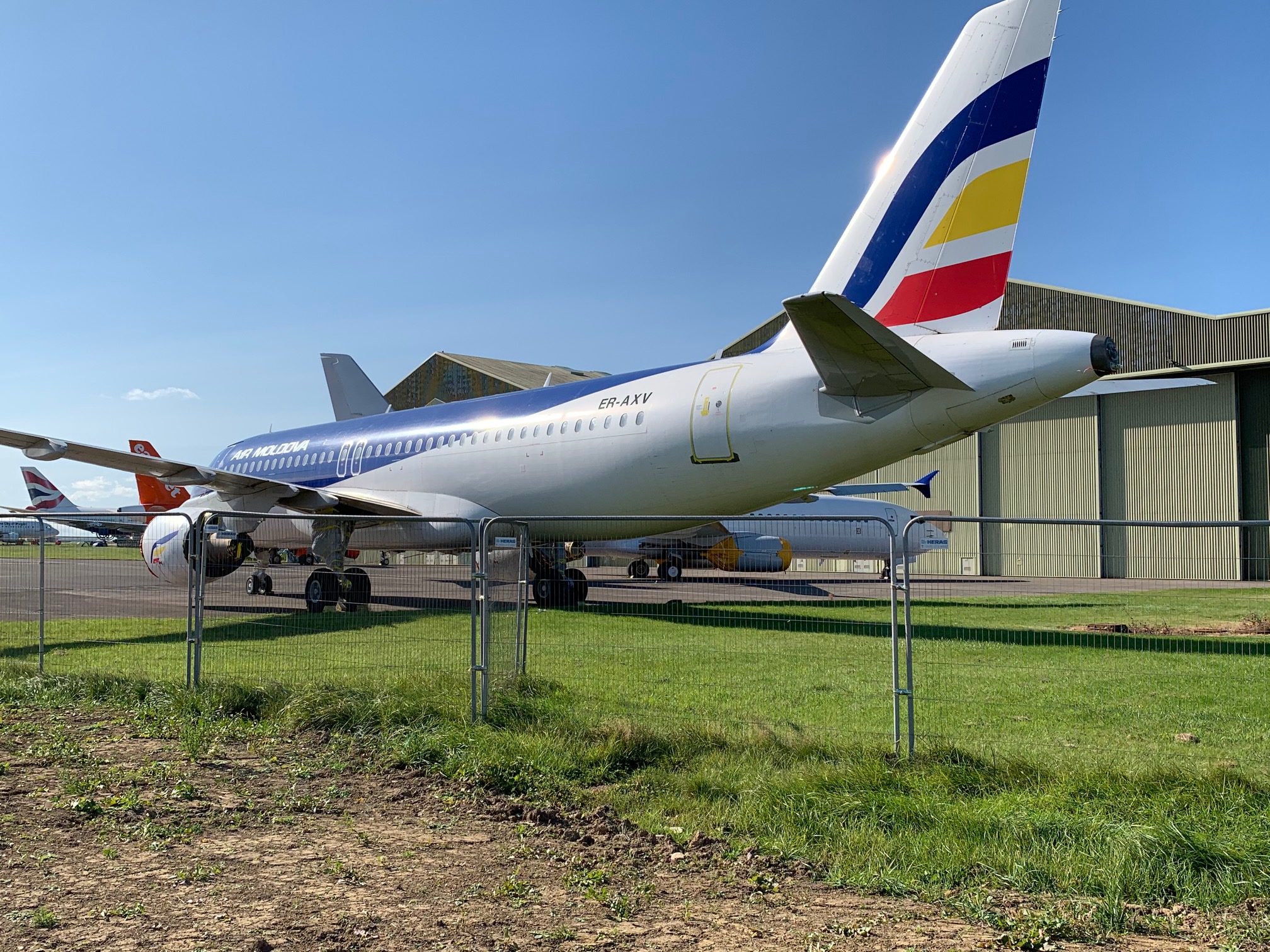 If you’re visiting St Athan Airfield to spot the residents, there are two main areas to concentrate on.

Remember not to block roads or crash gates when visiting any of these areas, and to comply with local police and security rules.

Head to the village of St Athan, and from its centre drive west along Llantwit Road. This will first come to the gate outside the Horizon hangar (with a BAC Jet Provost gate guardian).

Through the fence you’ll see any aircraft parked outside the hangar.

Continue a little further and you’ll come to a crash gate where the road turns. There is space here to park, and you’ll be able to see across to the main airliner parking aprons on the north side.

Off to the right, you may also see some of the tails of aircraft parked off on other aprons.

It’s difficult to park here, so turn left towards the South Wales Aviation Museum, where you can park up by the side of the road and either read off aircraft from a distance, or walk back towards the fence.

You also have distant views of the scrapping compound which usually has a selection of fuselages and cockpit sections.

A useful resource for tying up the aircraft you see, especially when they are in parts, is the South Wales Aviation Group’s website, which keeps up-to-date on the latest arrivals at St Athan, and the condition of existing airframes. 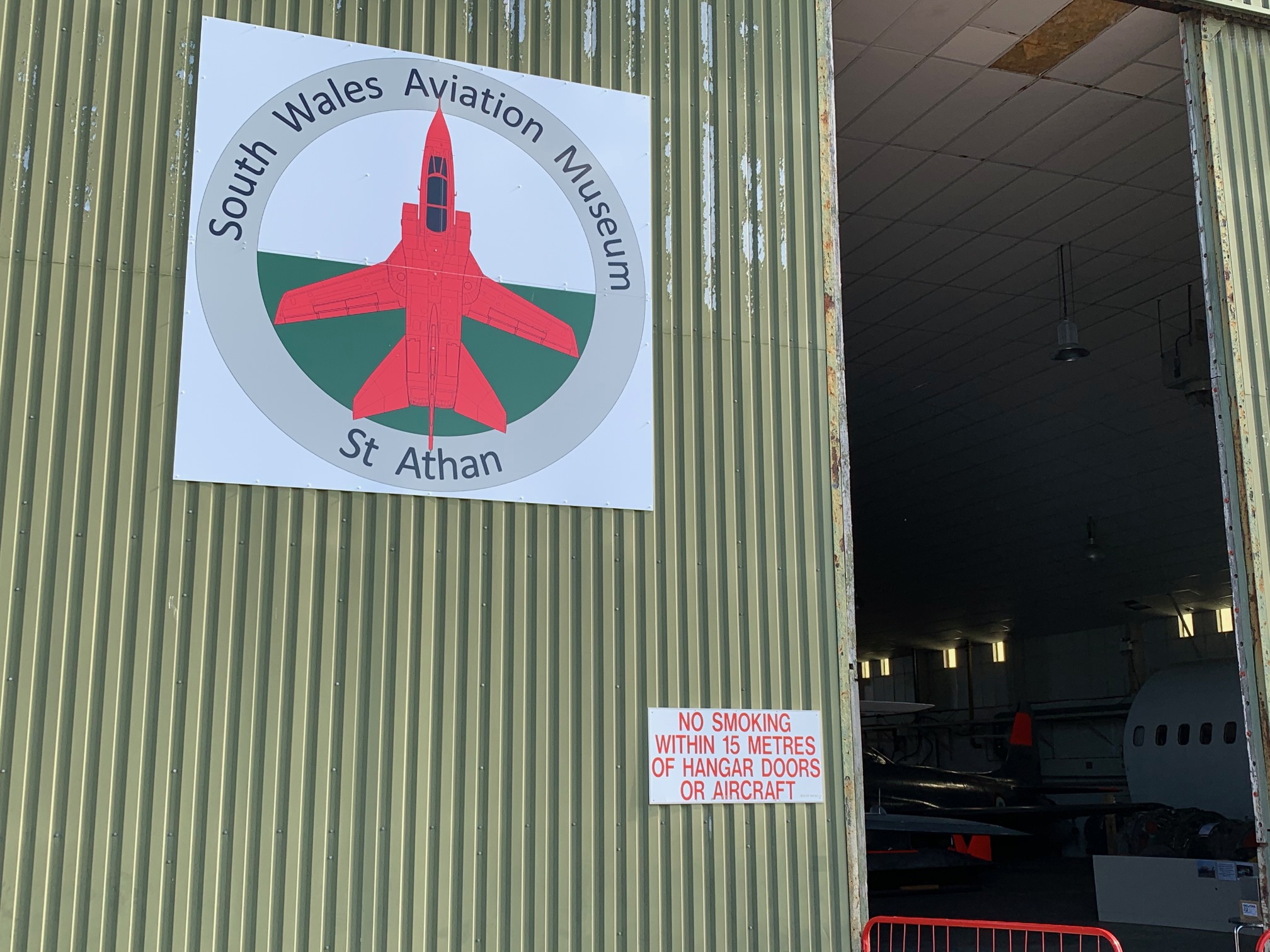 Just to the north of St Athan Airport is the South Wales Aviation Museum. This is a collection of both civil and military aircraft from the collection of Gary Spoors which occupies a display hangar, as well as some outside areas.

The museum is open on Saturday, Sunday and public holidays from 10am to 4pm, with an entrance fee. Check its website at https://www.swam.online/ 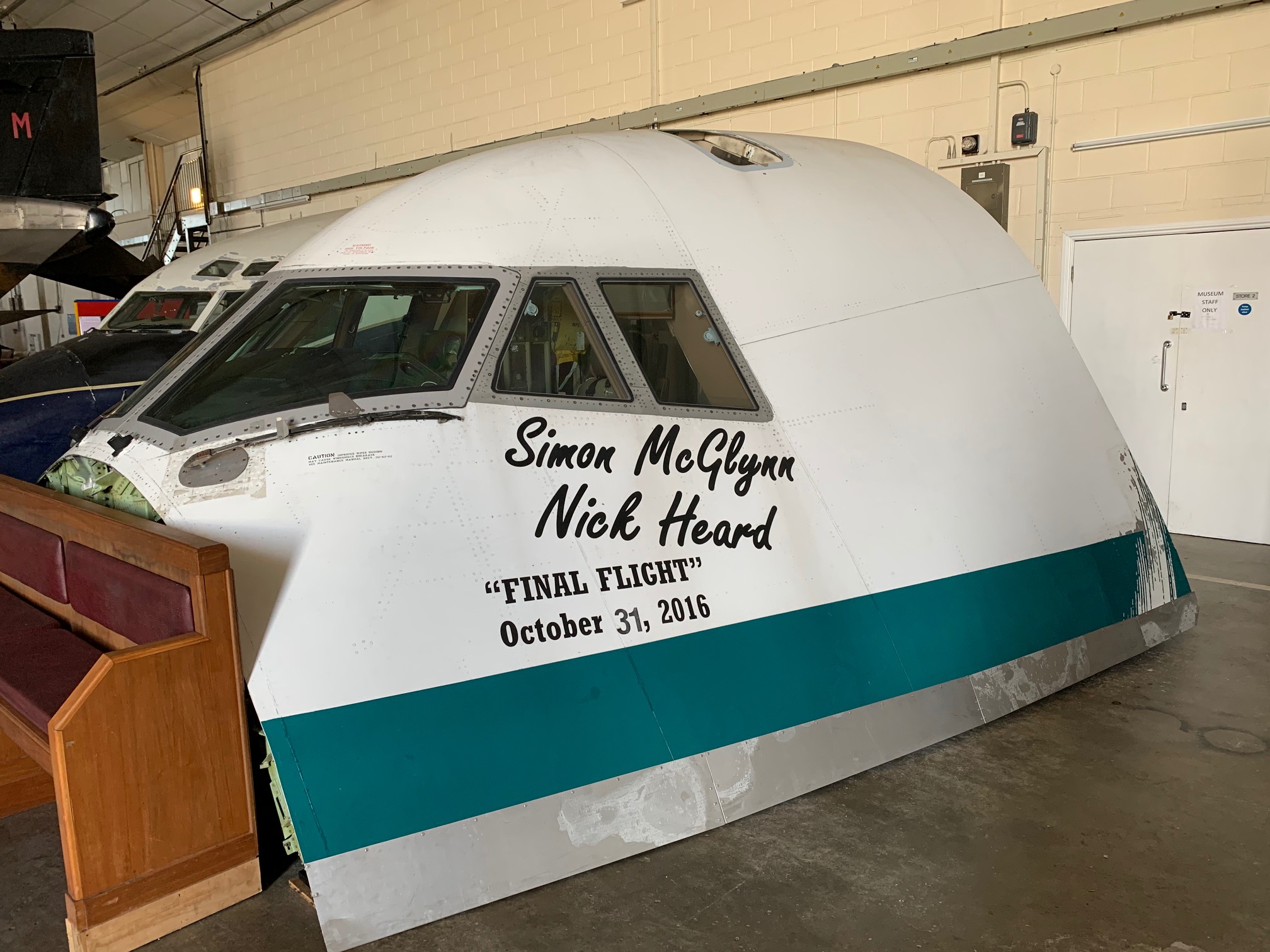 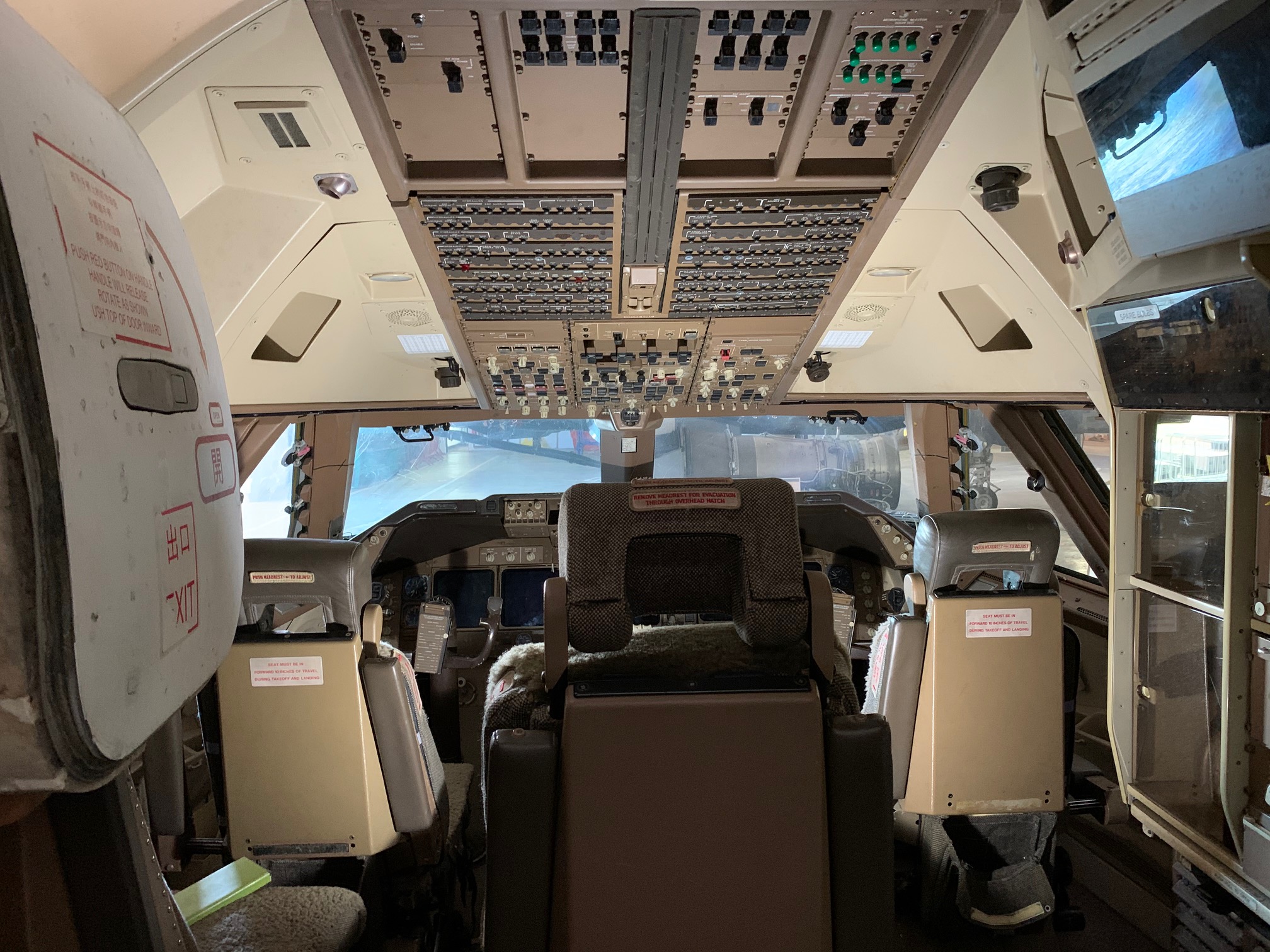 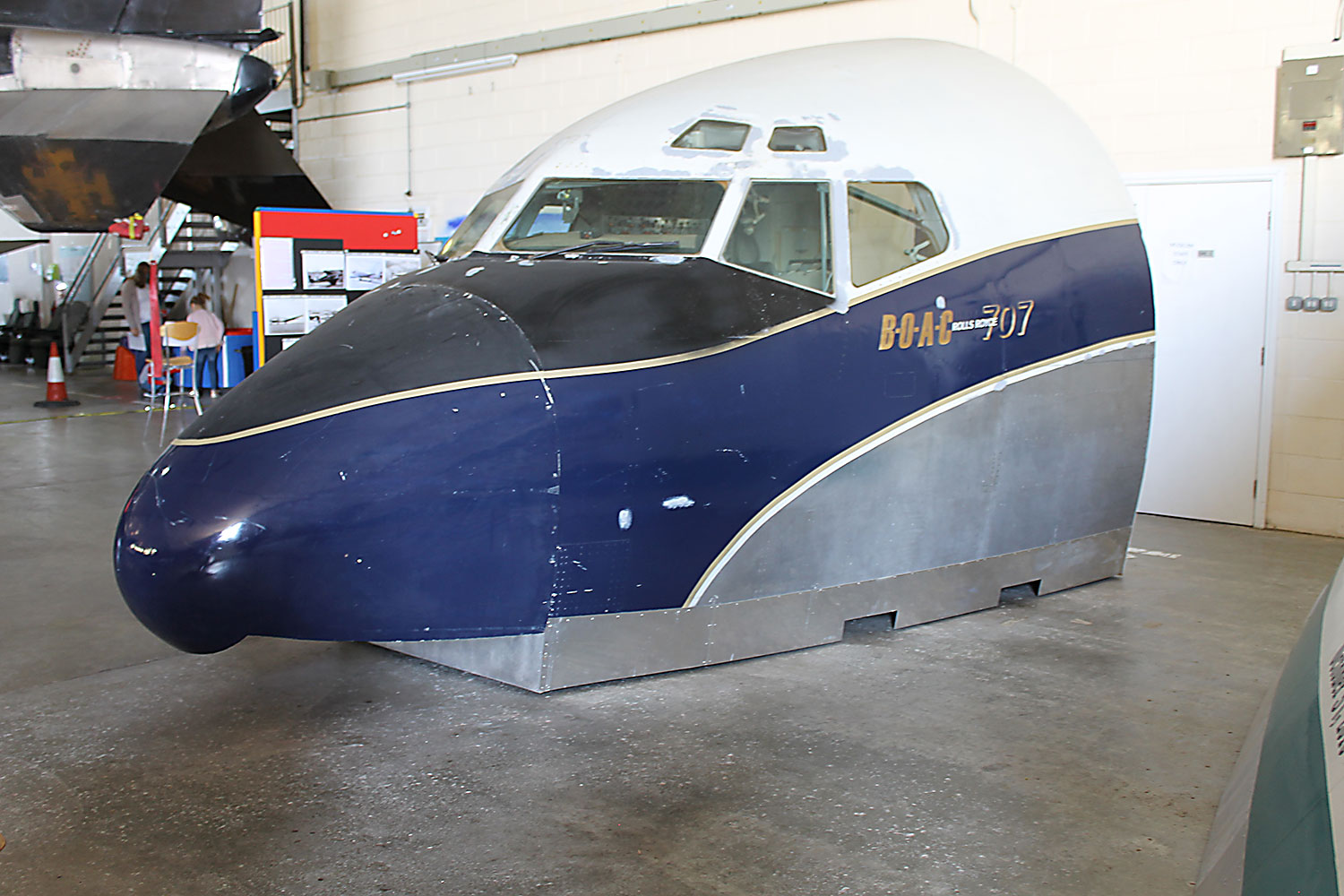 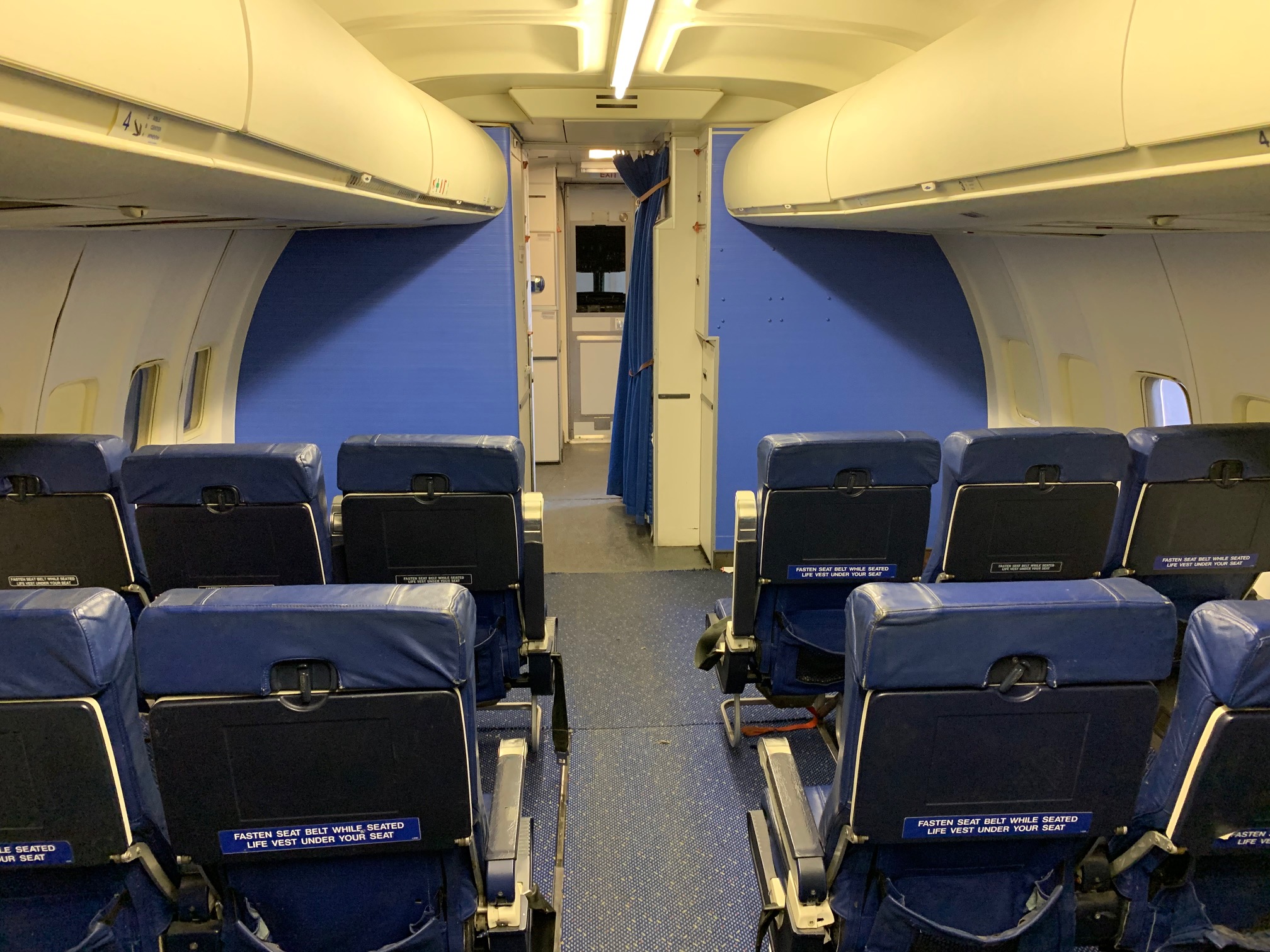 Civilian aircraft on display include the forward fuselage of a Boeing 737-400, the cockpit of Boeing 707 G-APFG, Boeing 747-400 B-HUI and Airbus A300 A7-ABX. A British Aerospace Jetstream 31 is also preserved outside the hangar. 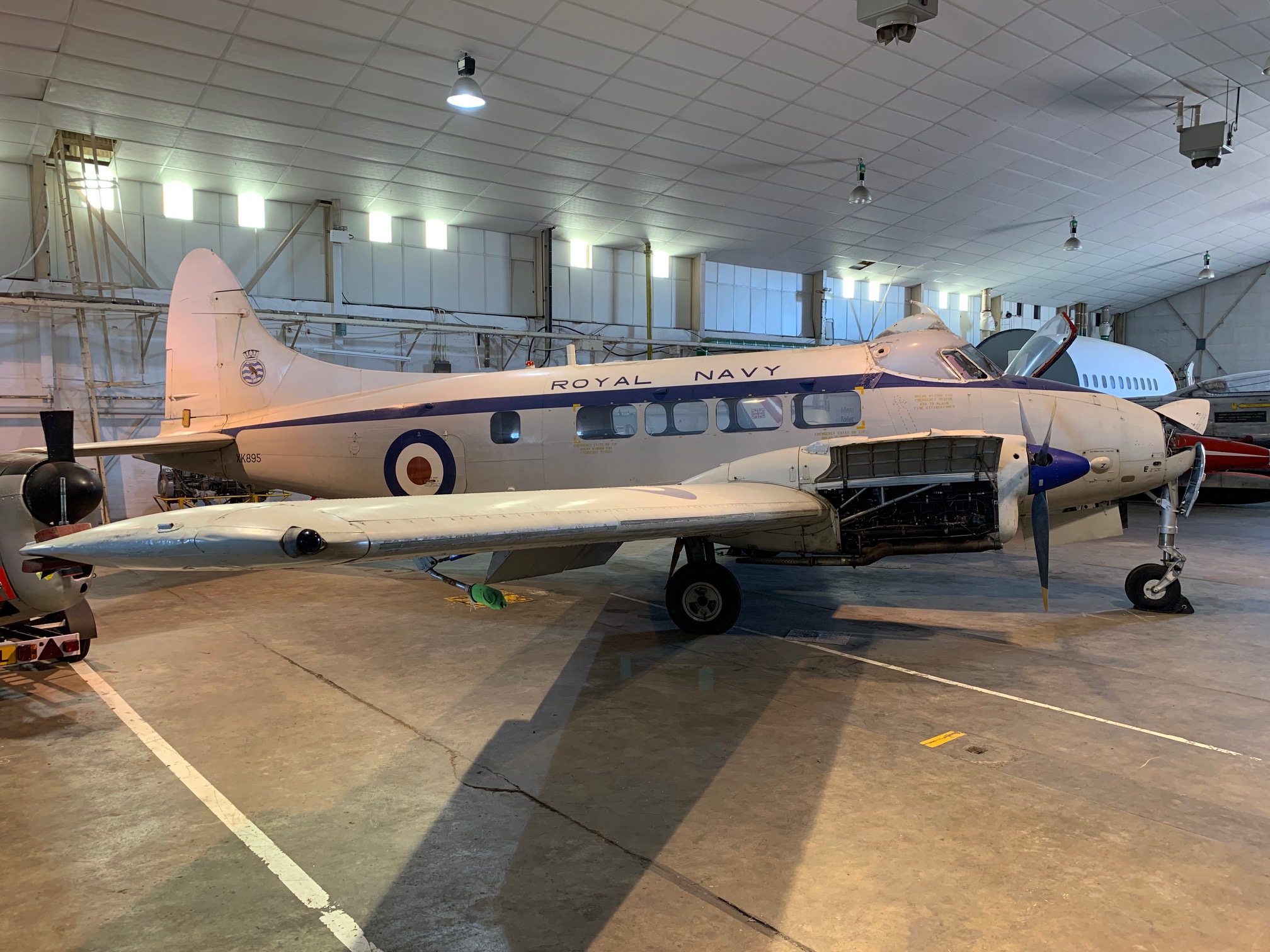 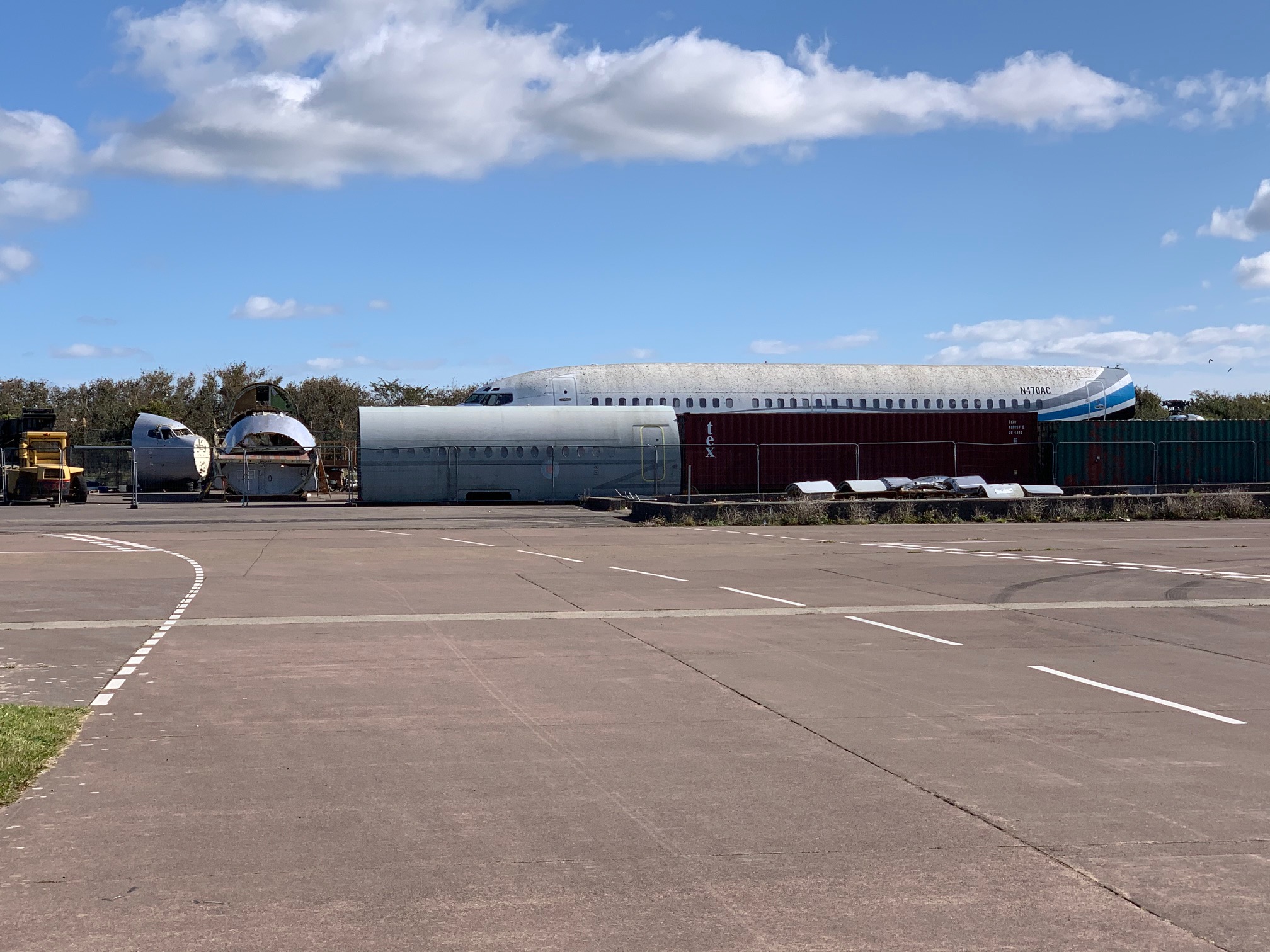 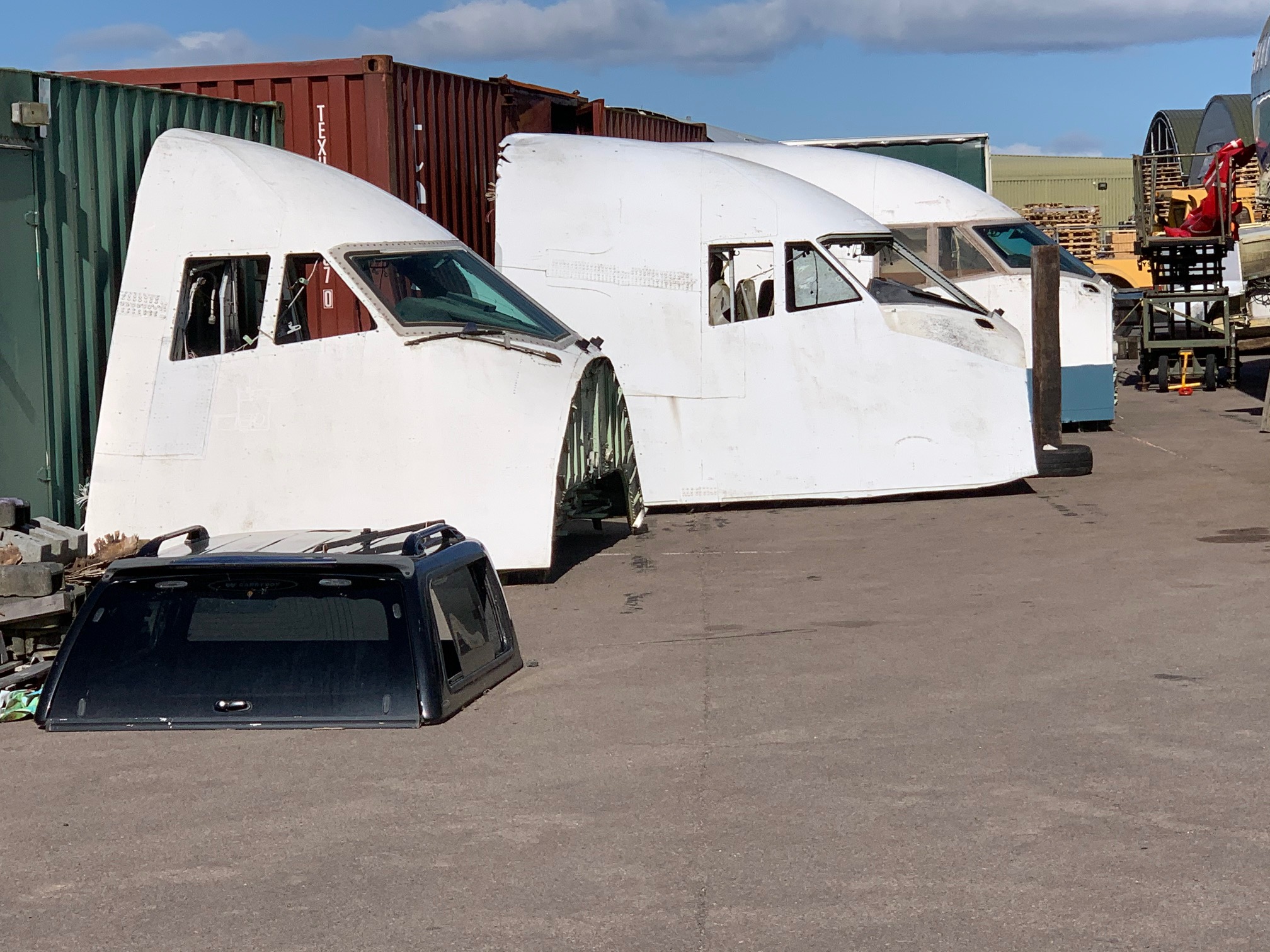 Don’t leave the museum without checking out the compound behind. You can reach it by walking behind the museum hangar.

Here there is usually a collection of other aircraft from the collection undergoing parting out or storage.

Flying the Last Scheduled Tu-154 Service in the World

Great read and info for this airport. Very timely also, with the rumor of BOAC livery coming here to be preserved.

[…] BOAC retro livery aircraft, G-BYGC, which is currently parked at Cardiff Airport, is to be flown to St Athan only a few miles away, where it will be […]

[…] retro livery aircraft, G-BYGC, which is currently parked at Cardiff Airport, is to be flown to St Athan only a few miles away, where it will be […]