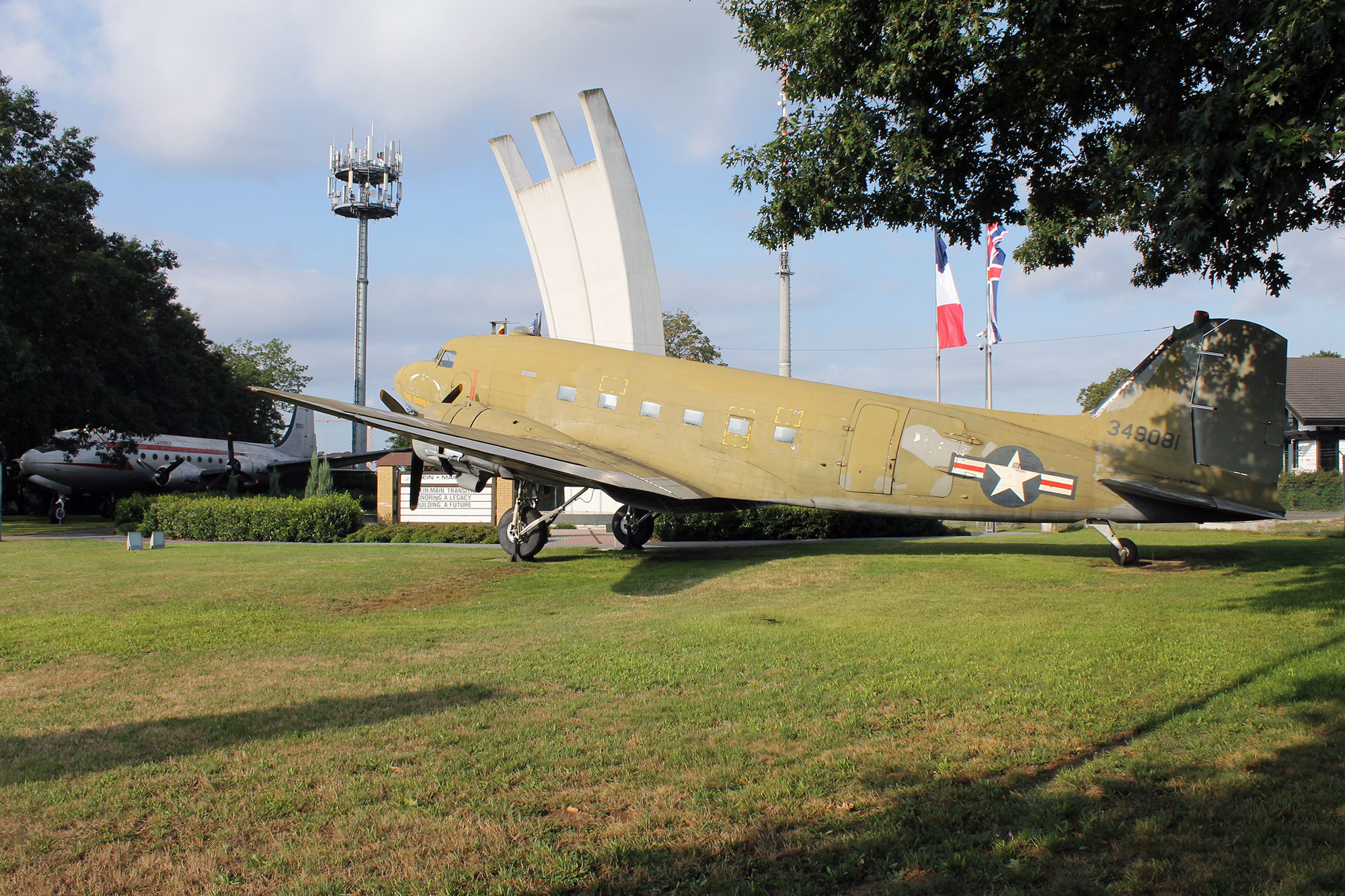 Hidden away at the entrance to the former Rhein-Main Air Base on the south side of Frankfurt Airport, close to the construction site of the new Terminal 3, is the Berlin Airlift Memorial.

This is one of three identical memorials erected in memory of the incredible efforts which saw 266,600 flights operated to supply the blockaded city between 1948-1949. The other memorials are at Berlin’s former Tempelhof Airport, and at Celle.

The memorial at Frankfurt is interesting as it features two preserved aircraft of the type that were used in the airlift – a Douglas DC-3 (C-47) and DC-4. 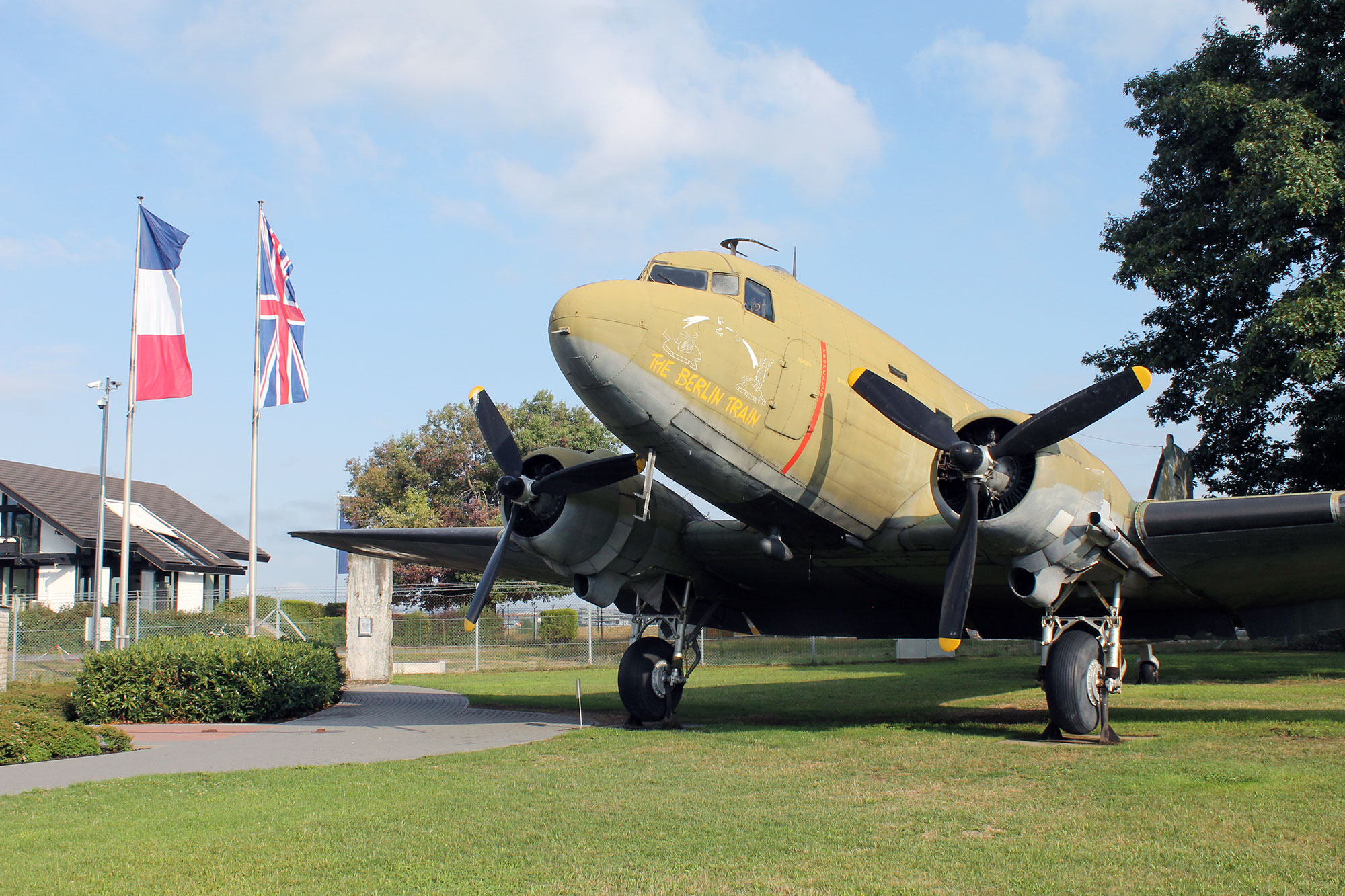 This aircraft flew with the US Air Force from 1944 to 1963 before joining Iberia as EC-ASF. It was later re-registered N1350M and had a number of owners before coming to Frankfurt on 26 March 1986. 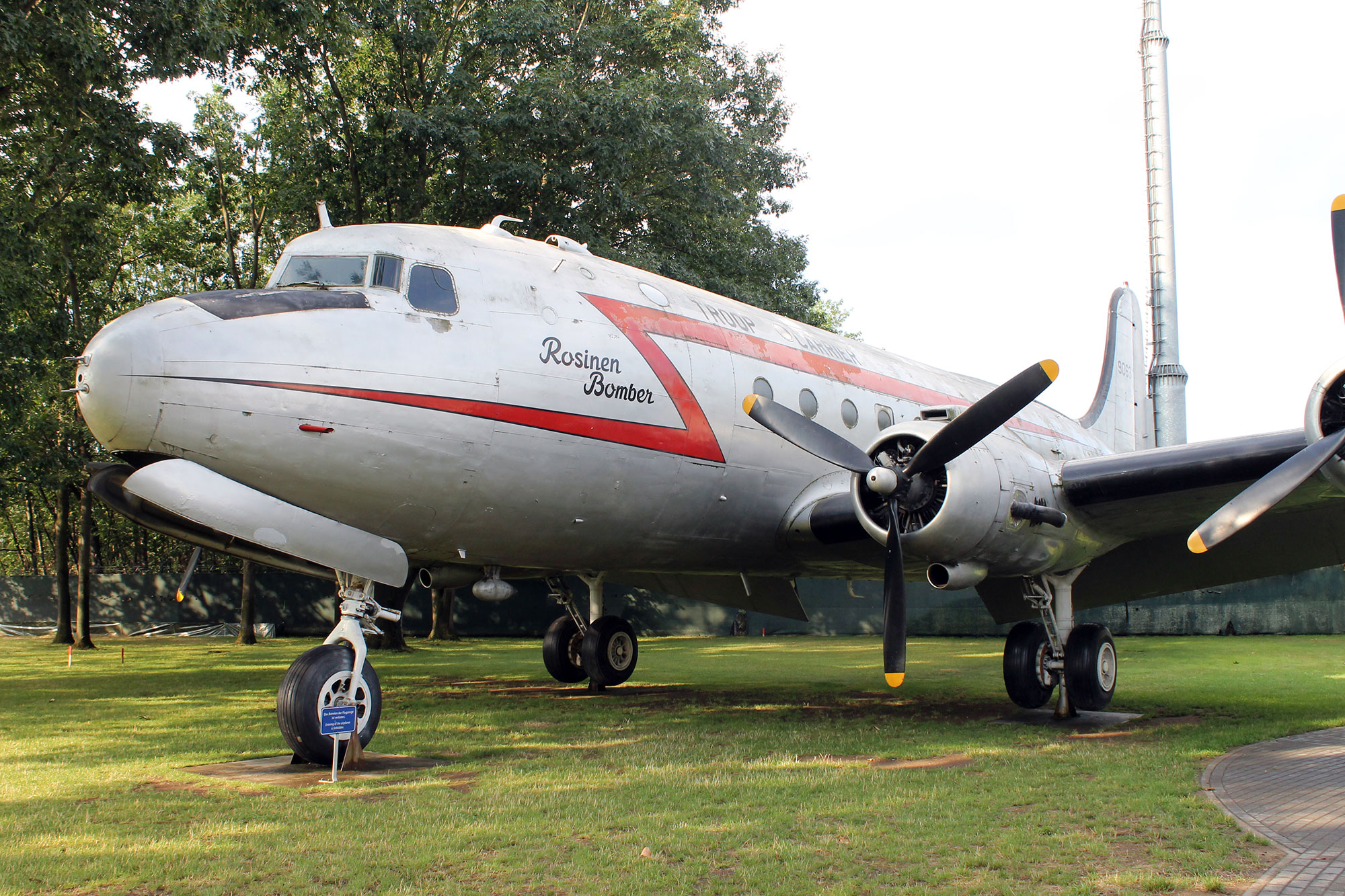 This aircraft started life as 44-9063 with the US Army Air Force, before becoming N88887 with Pan American as “Clipper Monsoon”. Later it flew for Swissair as HB-ILU, Aer Turas as EI-ARS and National Air Cargo as ZS-LMH.

You can find the Berlin Airlift Memorial at Frankfurt Airport quite close to the spotting area next to the motorway and runways 25L/C approaches, close to Zeppelinheim.

We recently reviewed at new book about the Berlin Airlift which covers the conflict and the aircraft used through some great historic pictures and details. Read the review here.