Boeing and the FAA are working swiftly to get the 737 MAX aircraft back in the air after many months of grounding following two fatal crashes.

Airlines which already operated the 737 MAX have been forced to park up their fleets awaiting upgrades and permission to fly again.

Boeing has also been continuing to build the type at a steady rate (with a short period on halt during the Covid-19 outbreak).

All of these aircraft need somewhere to go, so with that in mind we’ve put together this list of the best places to go see Boeing 737 MAX aircaft.

While there are many airlines with 737 MAX aircraft and it’s difficult to list all of the storage locations, there are some airports where you’ll see a lot of them in one place.

Here are our suggestions: 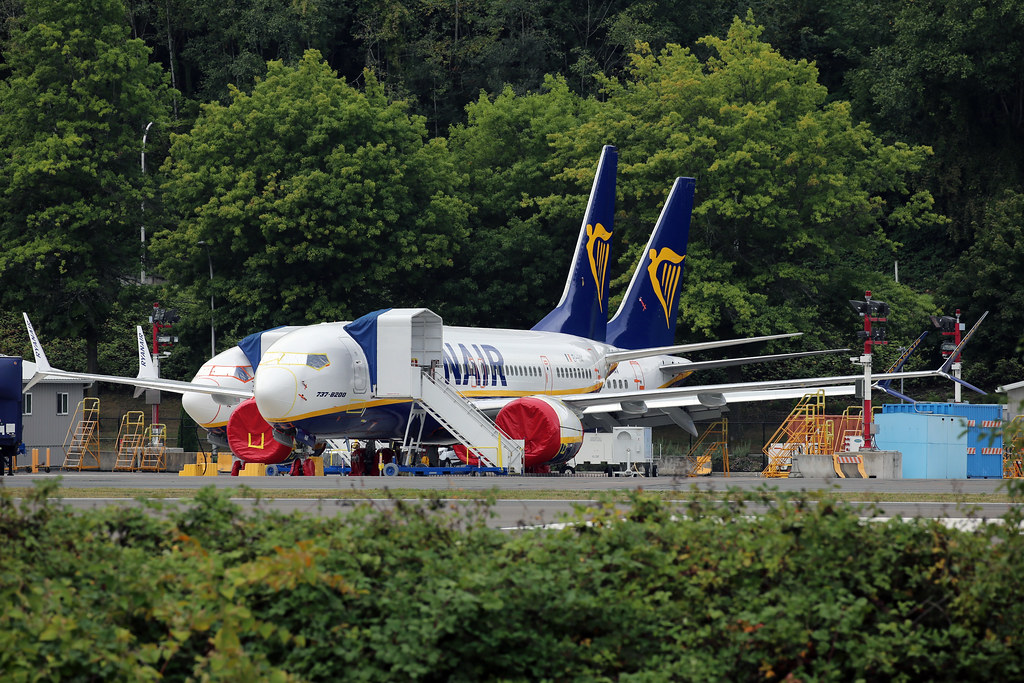 Naturally, the place where 737 MAXs are built is a good place to see them. The production line is still in operation, and aircraft are being lined up in all available spaces awaiting delivery. At Renton, you’ll see lots of new MAXs coming off the line and being fitted out, tested and stored. 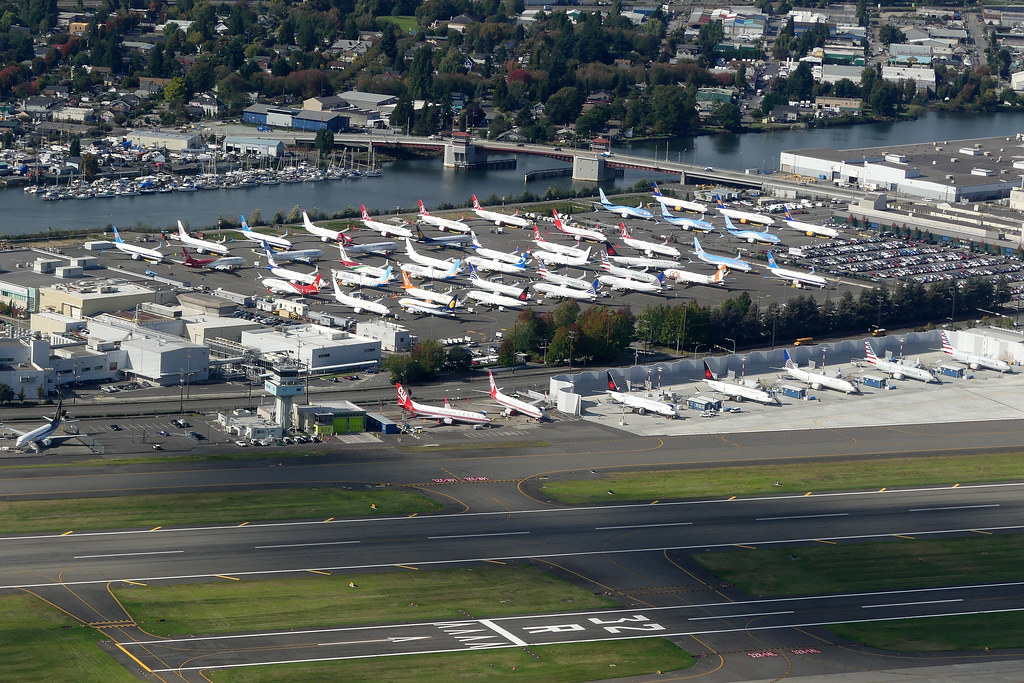 At Boeing Field in Seattle the manufacturer fits out and tests 737 aircraft.

You’ll also see some of the active and new aircraft being tested. 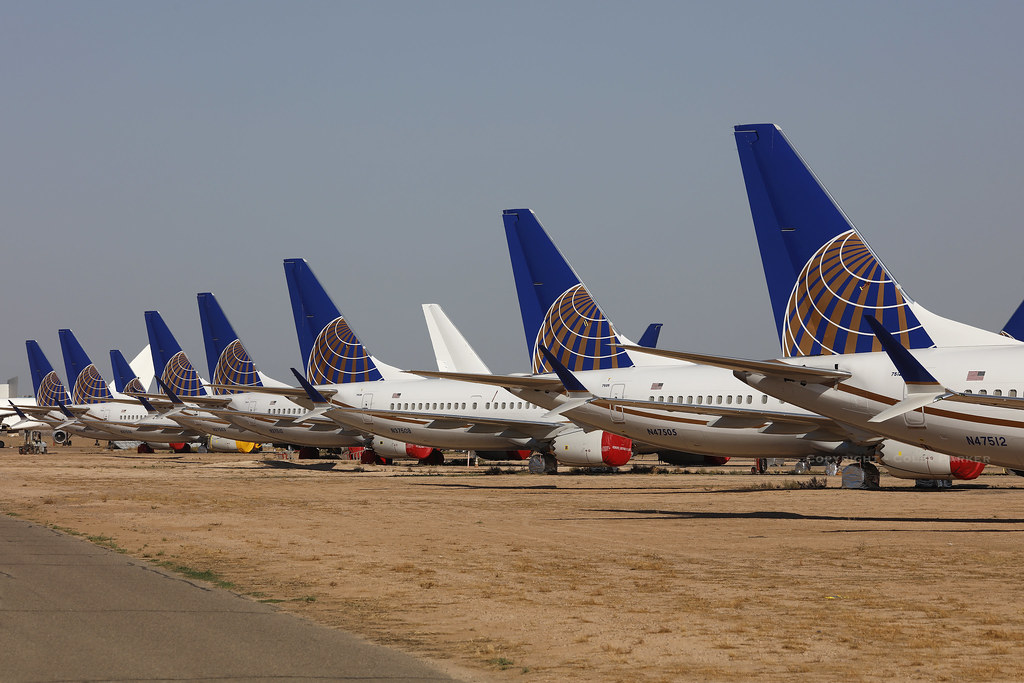 United Airlines has chosen to send all of its Boeing 737 MAX aircraft to Goodyear in Arizona for storage awaiting future reactivation. 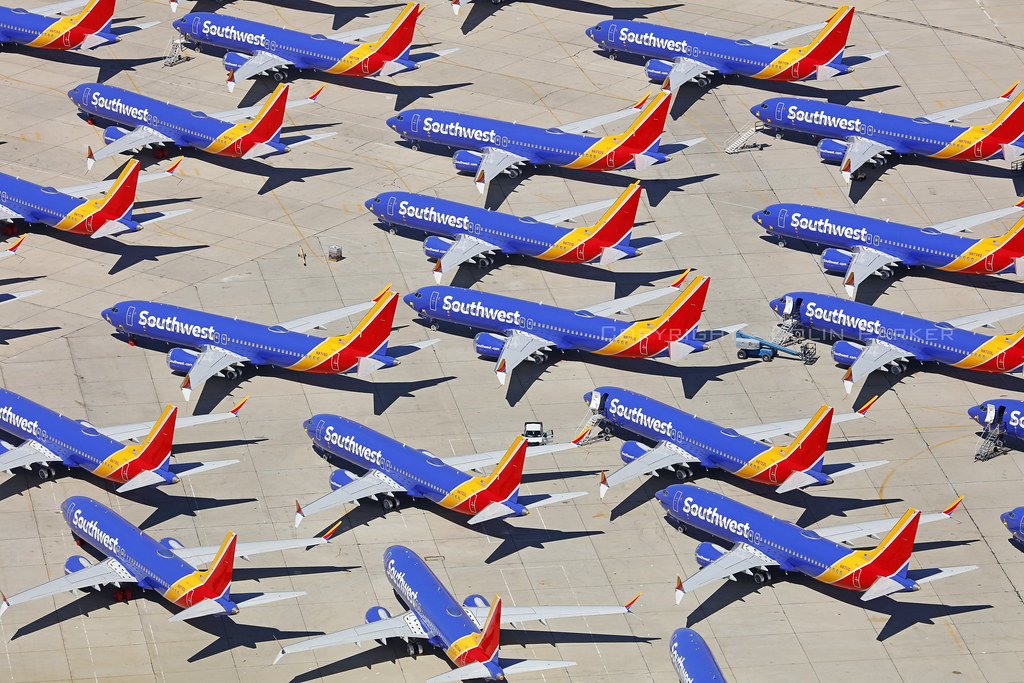 Similarly, Southwest Airlines has placed all of its 737 MAX aircraft in storage at the Southern California Logistics Airport at Victorville, some 80 miles northeast of Los Angeles. This is a famous storage airport, but aircraft languishing here have usually had a long life and are now retired. 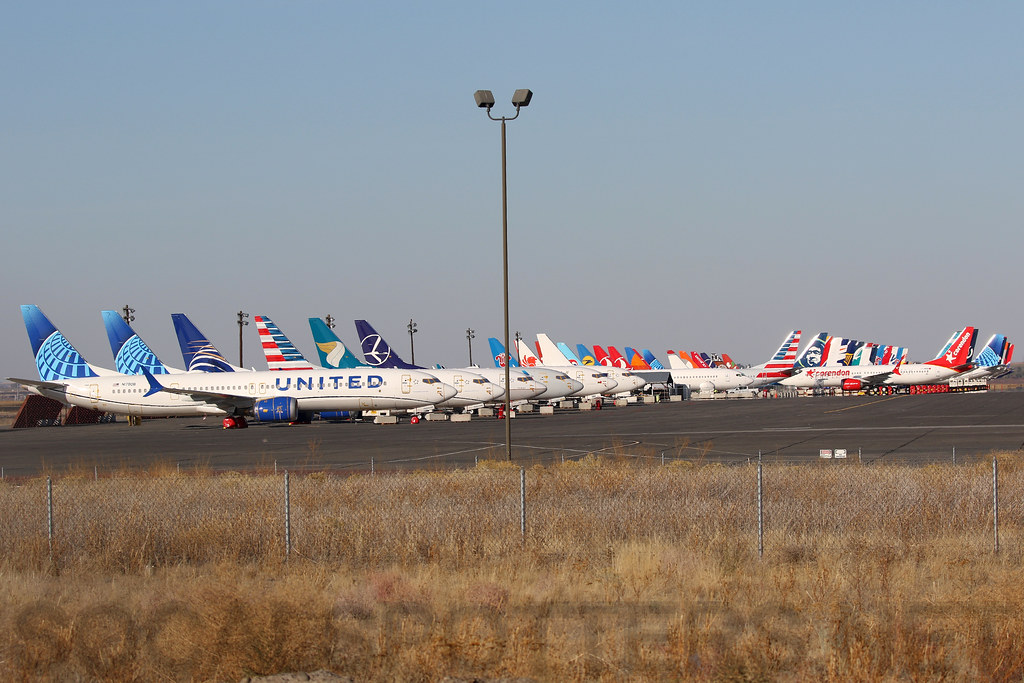 Moses Lake Airport in central Washington State is often used for aircraft testing. It is also being used by Boeing as a storage base for undelivered 737 MAX aircraft. 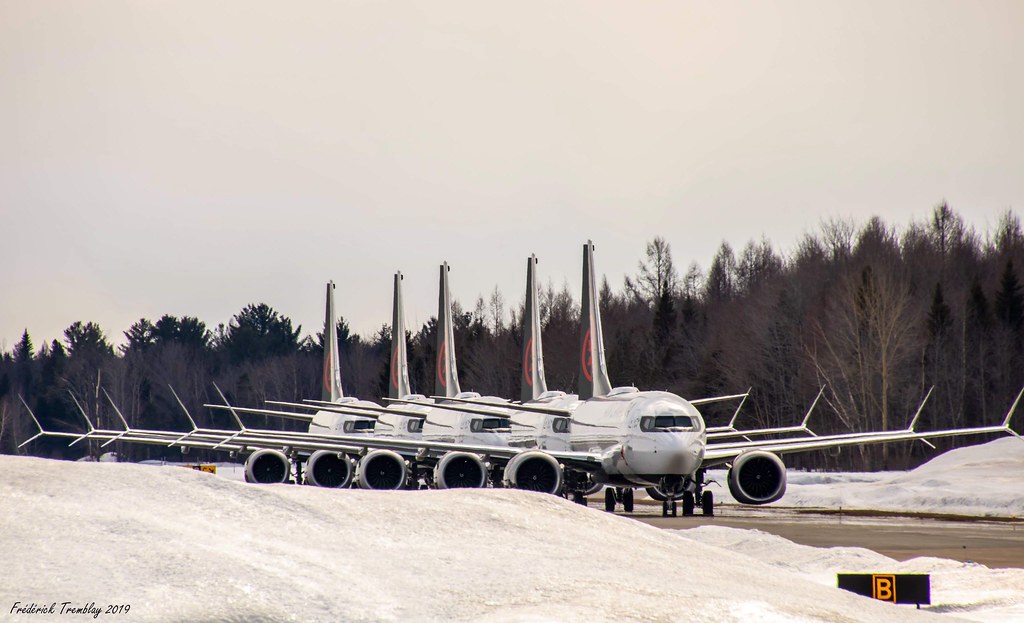 Air Canada has sent many of its 737 MAX fleet to Trois-Rivieres Airport in Quebec, Canada (not far from Montreal).  It also has a number in storage at Winnipeg Airport. 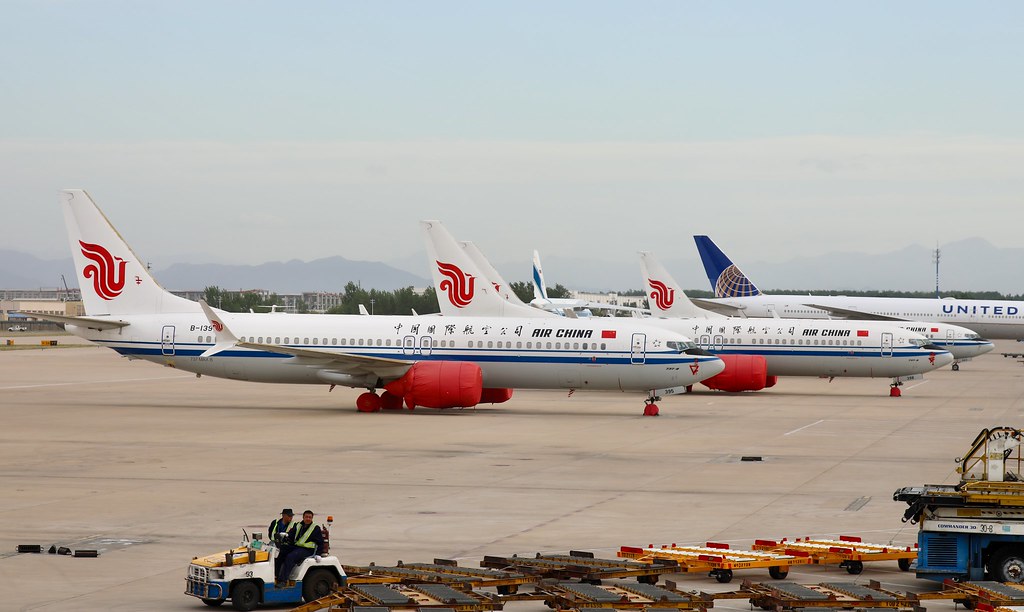 Air China’s Boeing 737 MAX fleet is in storage in a corner of Beijing Capital Airport. Spotters report they are visible, but it’s difficult to see all of the registrations without exploring. 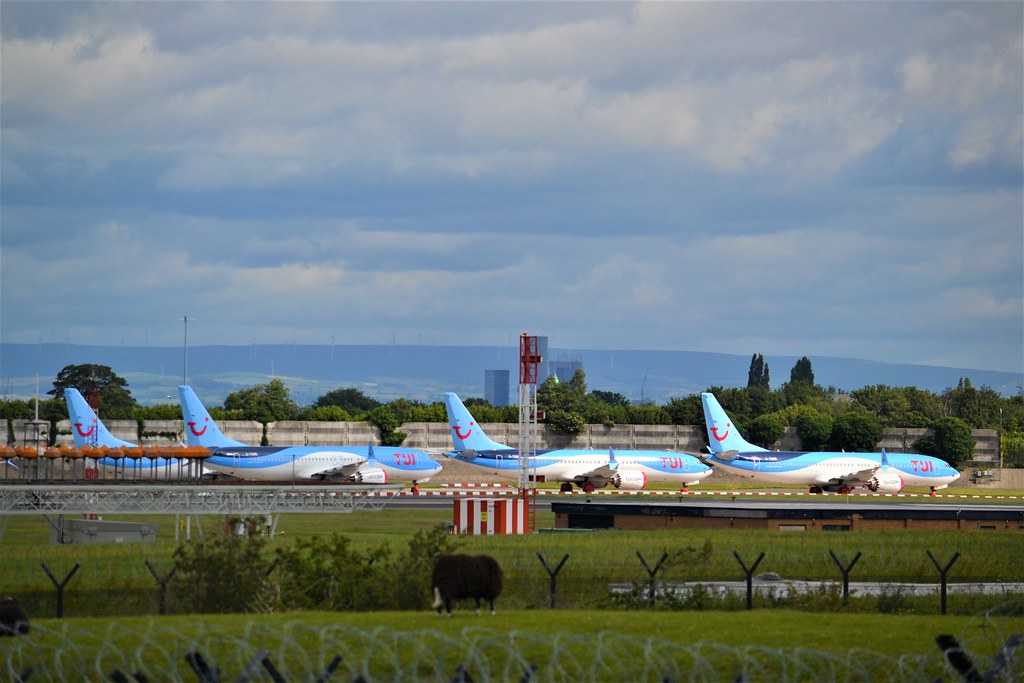 Parked close to the end of runway 23R at Manchester Airport, UK, is the 737 MAX fleet of TUI Airways. They barely entered service with the airline before being parked up. You can usually see them if you’re on a flight landing at Manchester.

Another major US carrier which operates the 737 MAX is American Airlines. Much of its fleet has been parked up at Tulsa Airport in Oklahoma, where the airline has a maintenance base.

Around 18 Air Canada Boeing 737 MAX aircraft are currently stored in the dry desert air at Marana’s Pinal Airpark in Arizona.

You missed an important airport. The largest concentration of 737 Max aircraft is at Grant County Airport in Moses Lake, Washington.

What an oversight. Thanks Ken!