The TWA Hotel at JFK Is Open 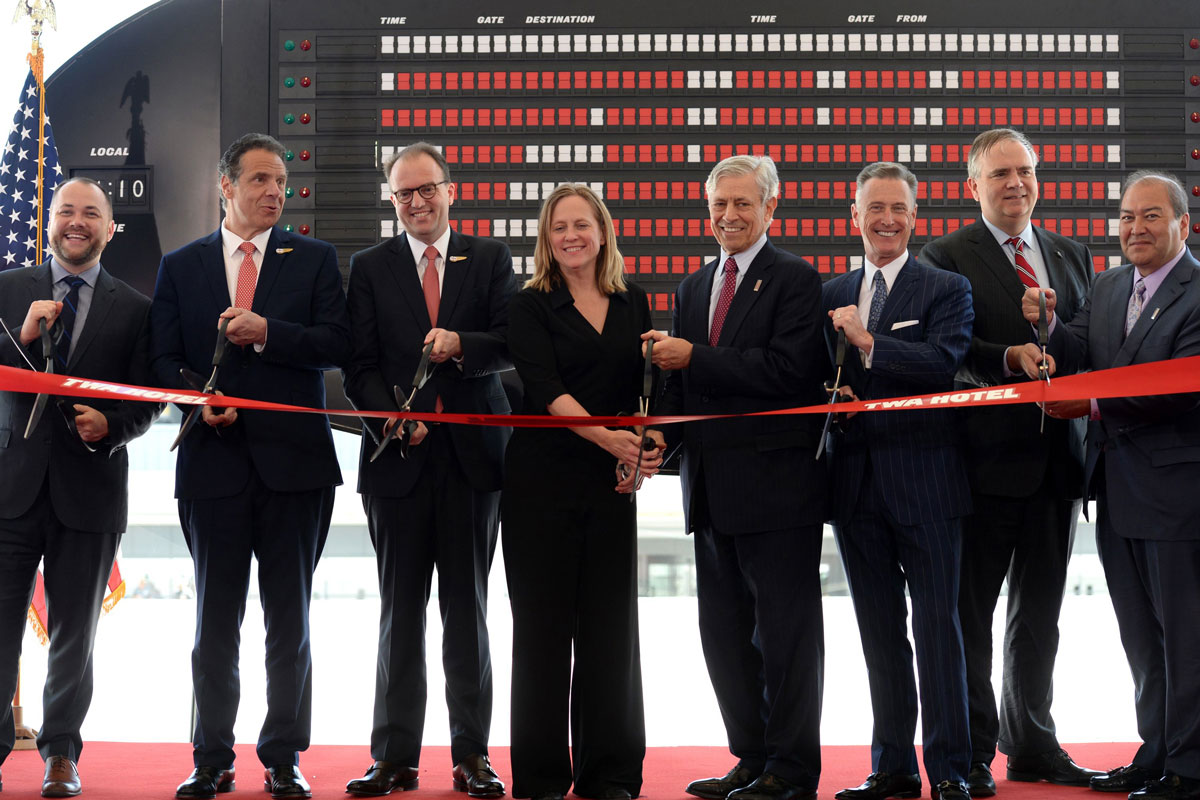 The only hotel at New York JFK’s terminal area has now opened its doors amid much fanfare.

For enthusiasts, the TWA Hotel looks like it’s going to be a fantastic place to stay as it offers plane spotting views, observation deck, and even a vintage Lockheed Constellation parked outside in TWA colours.

The hotel is situated in the former TWA terminal at JFK. This iconic Art Deco structure was designed by Eero Saarinen and once thronged with passengers boarding aircraft bound for all corners of the globe.

Today the former lounges, passageways and famous ticking departures board all form part of the public spaces in the hotel. 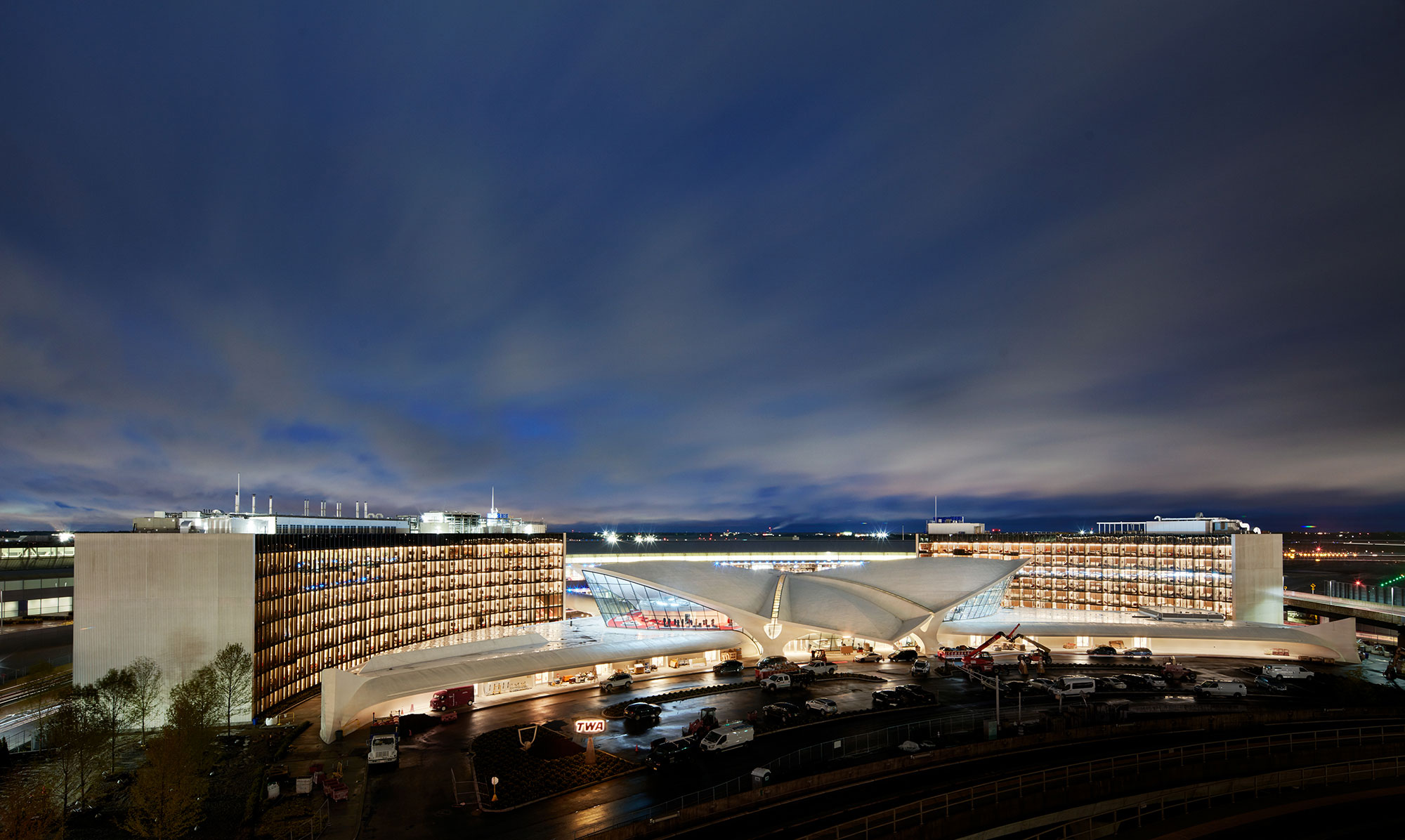 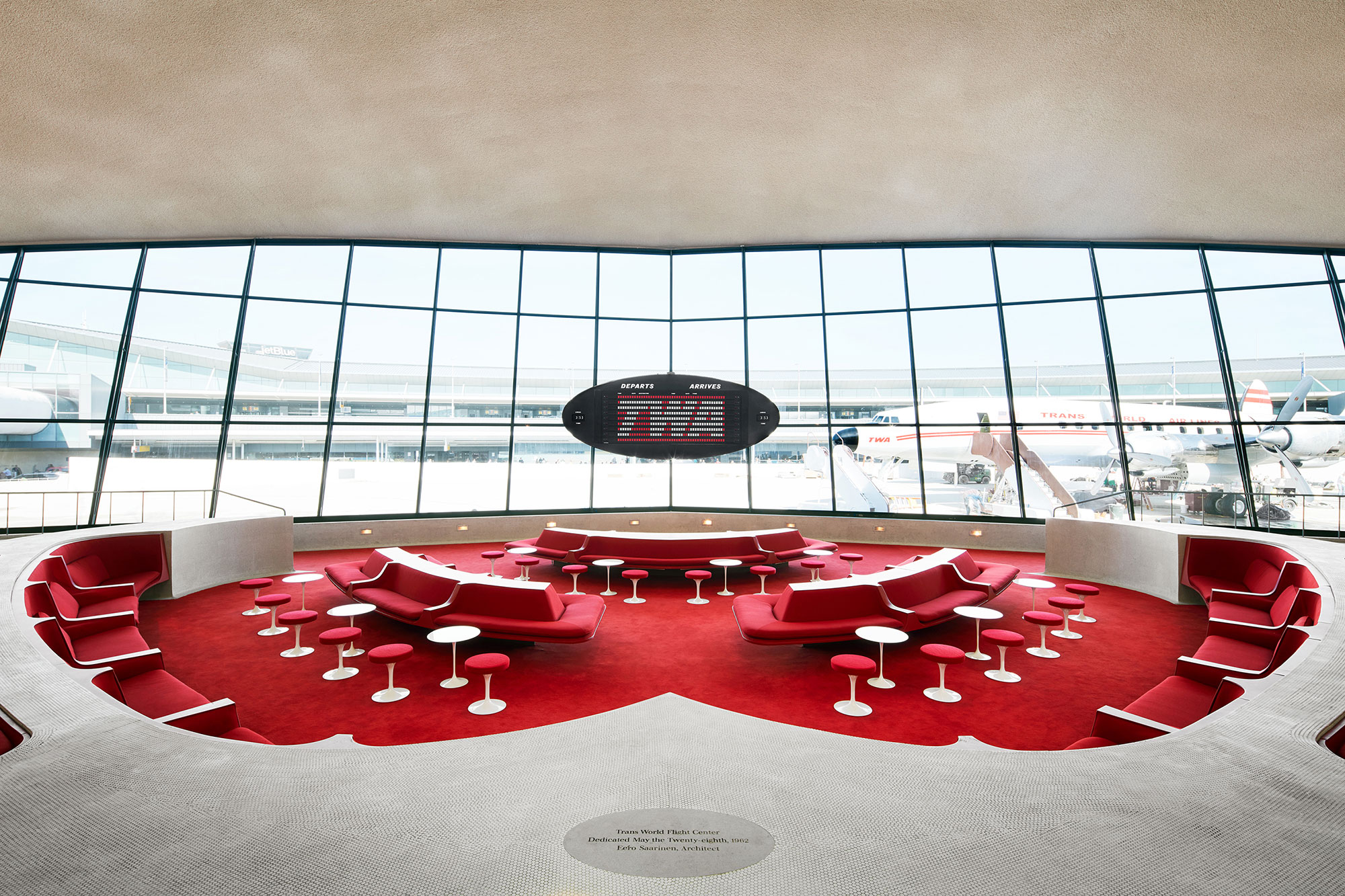 The iconic departures board in the TWA Hotel

The two main wings of the TWA hotel have 512 soundproofed guestrooms to stay in – many of which face the airport, with views of Terminal 5 and the airport beyond.

Up on the roof is a pool area and observation deck with views of runway 04L/22R which will no doubt be a favourite spot among spotters staying there. 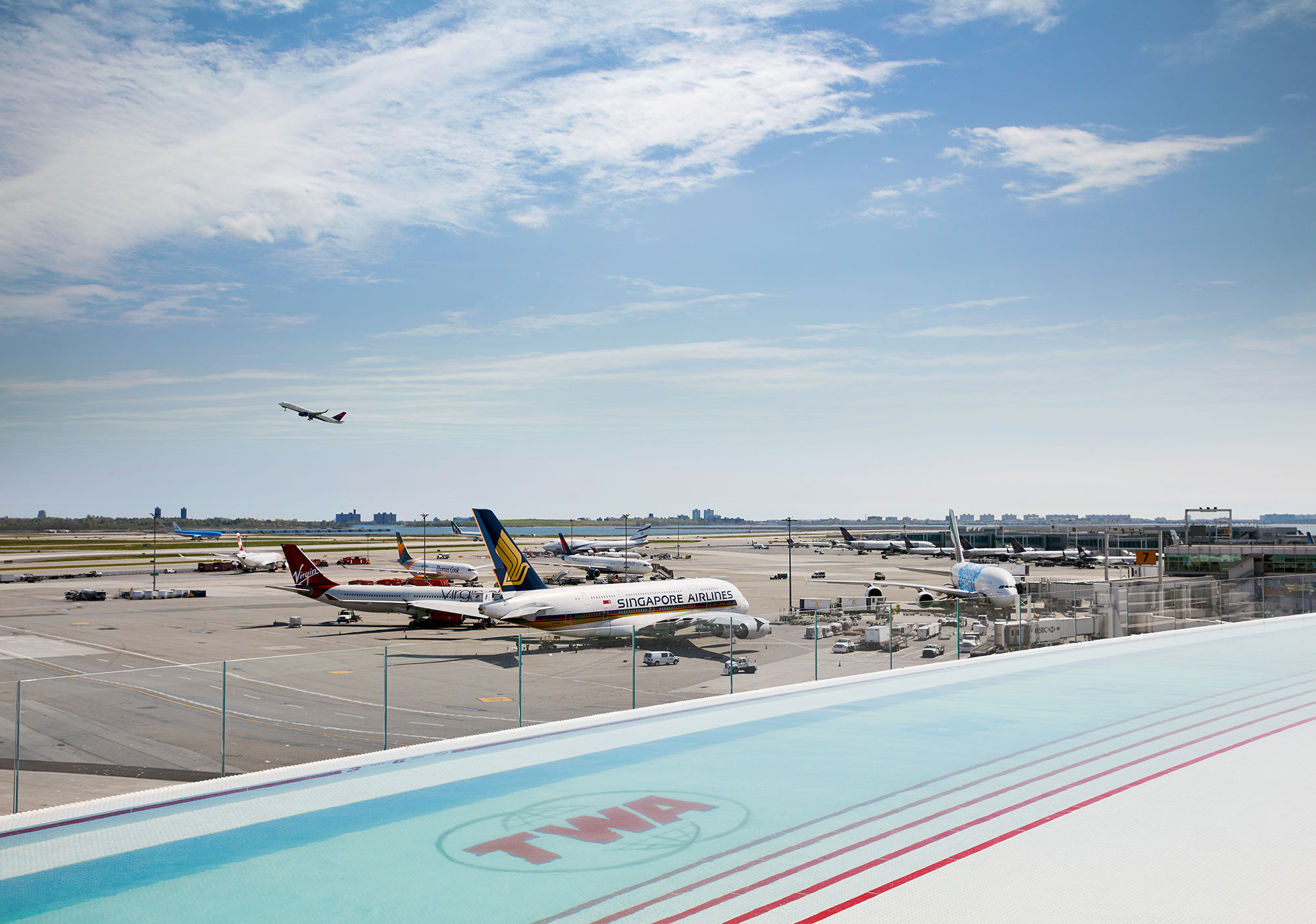 Spotting planes at JFK from the TWA Hotel observation deck and pool.

“Eero Saarinen’s cathedral to aviation has always looked toward the future,” says Tyler Morse, CEO and Managing Partner of MCR and MORSE Development. “We restored and reimagined his landmark with the same care that he devoted to his design. No detail went overlooked — from the millwork by Amish artisans to the custom font inspired by Saarinen’s own sketches to the one-of-a-kind manhole covers. Starting today, the world can enjoy this midcentury marvel for many years to come.”

As well as a connecting walkway to Terminal 5 through the famous tunnels once used to board flights, there are also museum exhibits on display showcasing the history of TWA and the jet age.

“Operating The Sunken Lounge, The Pool Bar & Observation Deck, and Connie at the TWA Hotel is an incredible opportunity and we’re thrilled to bring each of these unique concepts to life in their own way,” says Scott Gerber, Principal and CEO of Gerber Group. “The millions of guests from around the world, as well as locals who join us, can expect the exceptional service, cocktails and bites we’re known for, infused with a sense of history and discovery that only these venues can bring.”

Have you stayed at the TWA Hotel? Why not share your thoughts in the comments below…

Where to Spot at Birmingham Airport

This is a dream come true for me. I marveled at the thought of a viewing Gallery with a café at the old terminal. Then 911 happened and i thought for sure with all the security concerns this day would never come. Alas it’s here in all of its grandeur. Thanks to the entire team who put this project together. I’m so proud that my adopted NYC can once again showcase one of the finest structures in all of aviation.
I cannot wait to be a guest so i can enjoy all it has to offer. Long live the memory of TWA!!!! Mighty proud of you PA/JFK.