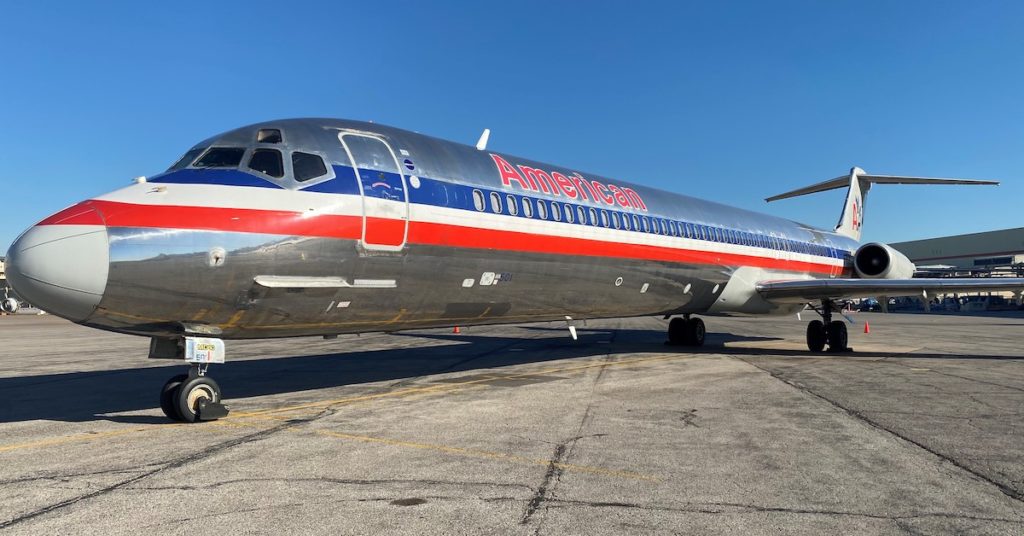 The last two American Airlines McDonnell Douglas MD-80s to fly have been donated to colleges by the airline.

After retiring the last of its McDonnell Douglas MD-80 fleet to Roswell, New Mexico, in early September 2019, American is donating the last two MD-80 aircraft to CareerTech in Oklahoma City, and Lewis University in Romeoville, Illinois. The airline ferried the first of the donated planes (N9621A) to Will Rogers World Airport (OKC) yesterday. The other aircraft (N501AA) will be ferried to Lewis University Airport (LOT) today (20th December 2019).

“As we look to the future of American’s Tech Ops work force, it’s important to train the next generation of aviation maintenance students so we have a development pipeline for skilled technicians,” said Kevin Brickner, Senior Vice President of Technical Operations for American. “Just like the MD-80 inspired our own team members in their career development for more than 35 years, the aircraft will do the same for students for years to come. We are proud to partner with CareerTech and Lewis University on this donation.”

Two aircraft had remained at the airline’s Base Maintenance facility in Tulsa, Oklahoma. These will be the final two flights for American’s Super 80 fleet. Special dedication ceremonies at both schools will be held in early 2020.

American has donated eight MD-80 aircraft to educational causes. The others include: