Viva Espana – The Best of Spotting in Spain The best of airport spotting in Spain is within easy grasp for any spotter and the country offers a wide array of interesting airports and attractions.

With plenty of international flights from all over the world, make your plans this year to enjoy all the spotting Spain has to offer. Use this guide to help you decide where to go. Spain’s largest and busiest airport serves the capital in the centre of the country. It has four runways, and the modern Terminal 4 is a gleaming new building. Other terminals 1, 2 and 3 are perhaps better for spotting from as you don’t need a ticket. You’ll see home-based airlines Air Europa and Iberia here, plus low-cost and major carriers from all over the world. Highlights include Aerolineas Argentinas, Aeromexico, Air Moldova, Boliviana de Aviacion, Beijing Capital Airlines, Cathay Pacific, Evelop Airlines, LATAM, Plus Ultra, Saudia and Wamos Air.

View from the famous ‘Mound’ just off the M-13 motorway and near the Barajas metro stop. Stay at the Express by Holiday Inn hotel for views of some movements. Spain’s second airport, Barcelona is another busy gateway for carriers from around the world, as well as a holiday and low-cost airport. easyJet, Iberia, LEVEL, Ryanair and Vueling are the dominant airlines, with Aerolineas Argentinas, Air China, Cathay Pacific, Georgian Airways, Korean Air, Mahan Air, S7 and Uzbekistan Airways are some of the more interesting ones, along with lots of Russian carriers operating charters during the summer months.

The airport has build a spotting platform on the B-203 at the eastern end of the airport which is perfect for photographs. 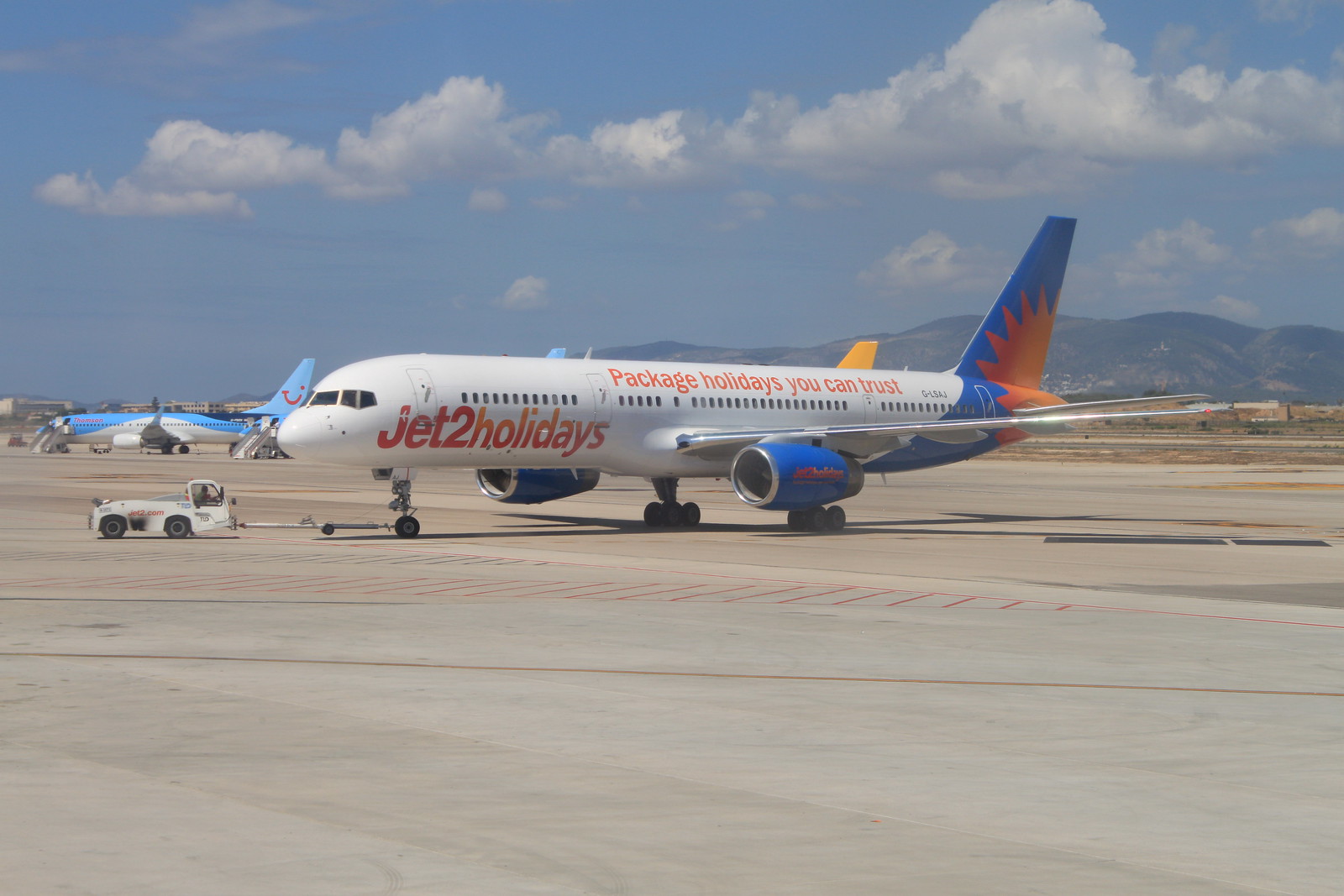 The busiest of Spain’s Balearic Islands airports, Palma is a hub for low-cost and holiday airlines like Air Europa, easyJet, Eurowings, Norwegian, Ryanair, TUI, Thomas Cook and Vueling. The airport gets incredibly busy during the March to October summer season, with many additional charter services.

Views are possible all along the southern perimeter, with views of runway 06R/24L, accessed off Ma-19A. Book a room at the nearby Hotel Marina Luz with views of the runways or final approach. Malaga is the main airport on the Costa del Sol – the southern coast of Spain popular with holidaymakers. Its airport naturally sees many holiday flights from charter, low-cost and package operators, with easyJet, Norwegian, Ryanair and Vueling the busiest. It also has links to North America with Air Transat and Delta, and commuter flights to North Africa with Air Europa, Iberia Regional and RAM Express.

Spot from Churriana on the opposite (southern) side of the main runway 14/32, signposted off MA-20 as it passes the end of the runway, and find the fenceline. You can also spot from the terrace of the small aviation museum in the original terminal, which includes a small outdoors collection of airliners. 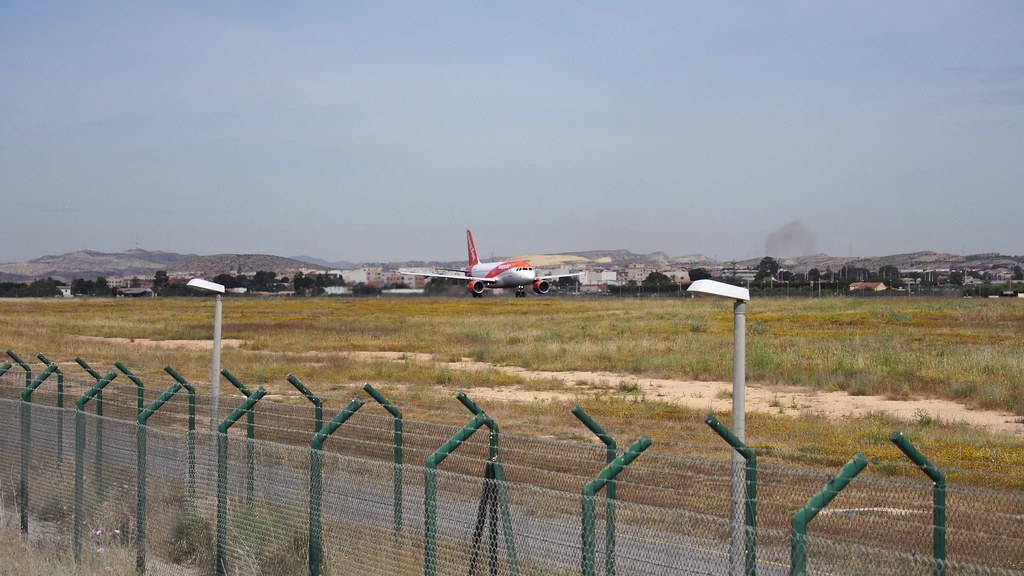 Probably the busiest of mainland Spain’s holiday airports. No surprises over which carriers you’ll see here, which are very busy during the summer months. The airport serves resorts such as Benidorm. Spot from the rough track running the length of the runway on its south side, accessed from the CV-849 road from El Altet.

The busiest of the Canary Island airports off the coast of Africa. Tenerife South handles most of the holiday flights to the island’s resorts and sees a good amount of inter-island traffic from Binter Canarias. Dominant carriers are easyJet, Iberia, Thomas Cook, TUI, Ryanair, Jet2, Norwegian and Vueling.

Views along the south side are the best for spotters, but it’s tricky to get to. From TF643 take the entrance opposite the shopping centre and Playa de la Tejita. Head down the track and find a spot depending on direction of movements.

Another of the Canary Island airports, Las Palmas is on Gran Canaria. It has two parallel runways and a long parking apron running the entire length. Iberia, Vueling, Norwegian, Ryanair, Thomas Cook and TUI are the dominant carriers, linking Northern Europe and the rest of Spain with the sun.

Spot from the Cepsa gas station in La Majorera, with views over the southern parking apron and runways. It’s just off the GC-1 motorway, at exit 18. Look out for the preserved C-212 aircraft in the adjacent park. One of Europe’s newest storage airports. Teruel, situated equidistant between Madrid and Valencia on the A-23 motorway. Its aprons are built specifically for storing airliners out in the dry sunshine and have filled up nicely. Many former Transaero and UTair aircraft came here. Other aircraft belonged to Lufthansa and KLM. Spotters can read aircraft off by exploring the perimeter roads and tracks, with perseverance. 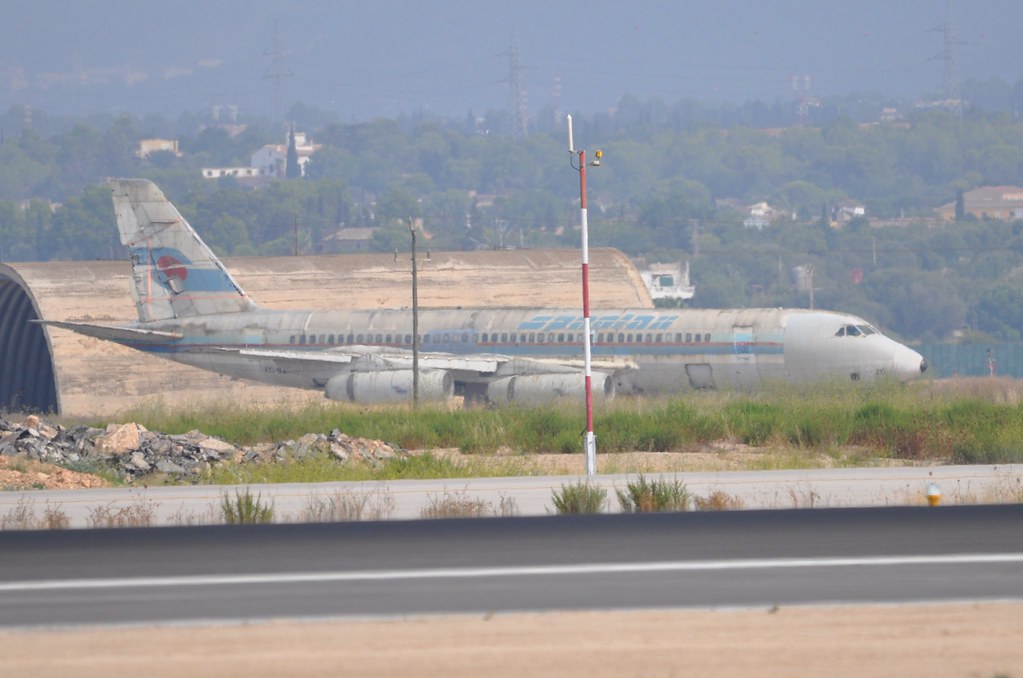 One of the world’s last remaining Convair 990s is parked in a corner of Palma’s airport. Still wearing the faded colour of Spantax, there have been attempts to preserve this aircraft, registered EC-BZO.

The fairly busy airport at Valencia is home to Air Nostrum, the Iberia regional carrier, which carries out maintenance on its fleet and occasionally stores aircraft. Other aircraft are often stored here, with Iberia’s retired Airbus A300s having languished for a long time on the south side.

Iberia’s maintenance base is on the south-east side of Madrid’s sprawling airport. Many of the airline’s retired aircraft seem to spend a lot of time parked outside here awaiting scrapping. Lately there have been Airbus A340s and McDonnell Douglas MD-80s parked up, alongside DHL’s retired Boeing 757s. Elsewhere on the airport look out for a couple of retired Boeing 727s. 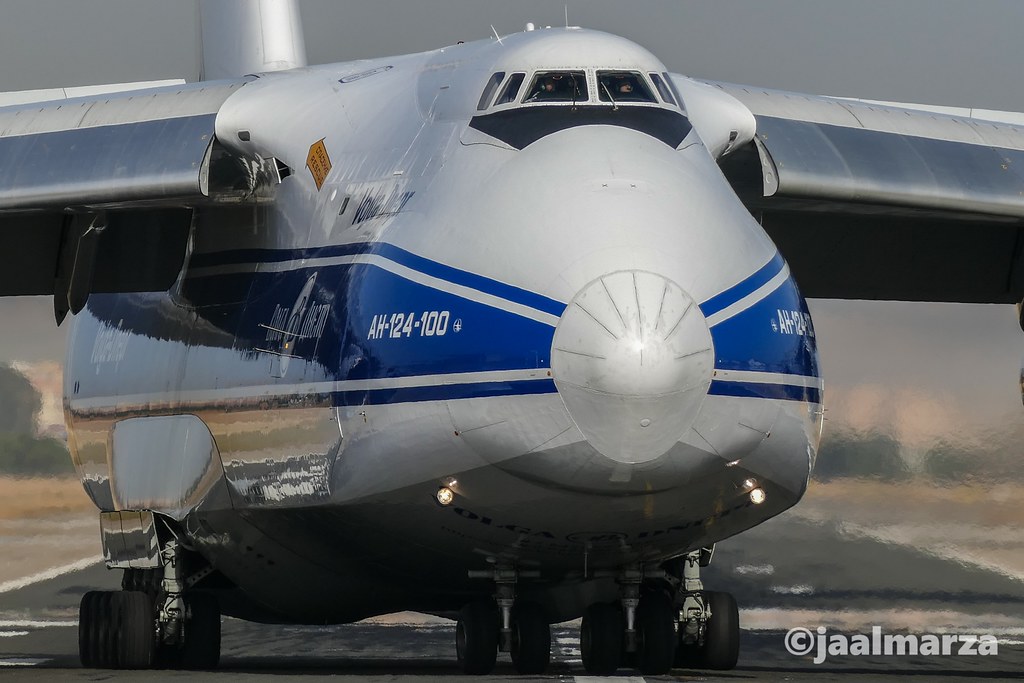 This is a busy passenger hub, but Seville’s airport also handles a lot of cargo traffic. ASL Airlines, DHL and UPS Airlines all send daily freighters in, and there is traffic relating to the Airbus facility such as the Beluga transports. They use a parking apron alongside the passenger parking apron.

Spot from the dirt road near the Airbus entrance, at the end of runway 27. There are also views through the fence of the cargo apron from the access road. 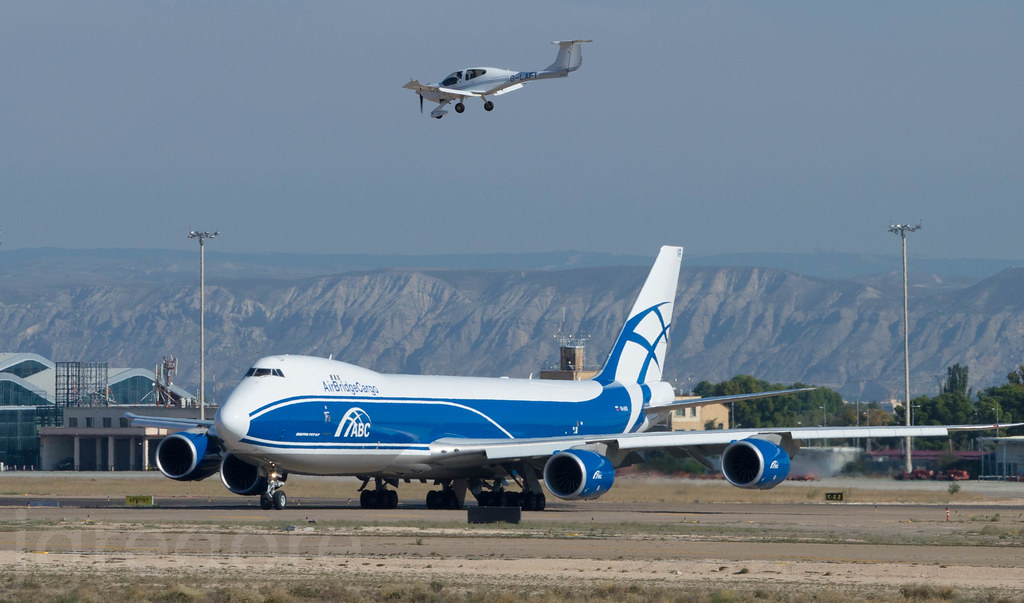 The best place for spotters is the mound at the end of runway 30R which is perfect for photographs. It’s a short distance from Ronda del Aeropuerto

Located a short drive south-east of Seville, this air base is home to the country’s tanker aircraft, as well as other military transports.

It has one runway, and it’s difficult to get close to spot. But you may see movements coming and going from the A-360 road which passes the southern end of the airport.

The main military airport serving Madrid. It is a few miles west of the passenger airport, and you can often see aircraft approaching overhead. This air base is home to the government’s transport fleet, plus visiting transport and cargo aircraft and a fleet of waterbomber types.

Spot from the car park of the retail park off the M-108 just next to the southern end of the airport. It also has views of the parking ramp.

A perfectly positioned hotel alongside the end of runway 03. Rooms facing Lanzarote’s airport look directly at the end of the runway, where aircraft on the ground and on approach can be seen and photographed. Rooms 3028-3050 are reportedly the best. It’s a short walk to the end of the runway from the hotel.

Affordable hotel on the road to Torrejon Air Base. Rooms offer views of aircraft arriving on runway 33R, or (more distant) departures in the opposite direction. You can also see arrivals into Torrejon.

Probably the most popular hotel at Palma with spotters, located in Ca’n Pastilla. Its rooms have great views of aircraft on one of the runways, and is a shortv distance from the airport. Ask for a top-floor room facing the Bay of Palma for the best views. This is an adult-only hotel.

Best of the Rest 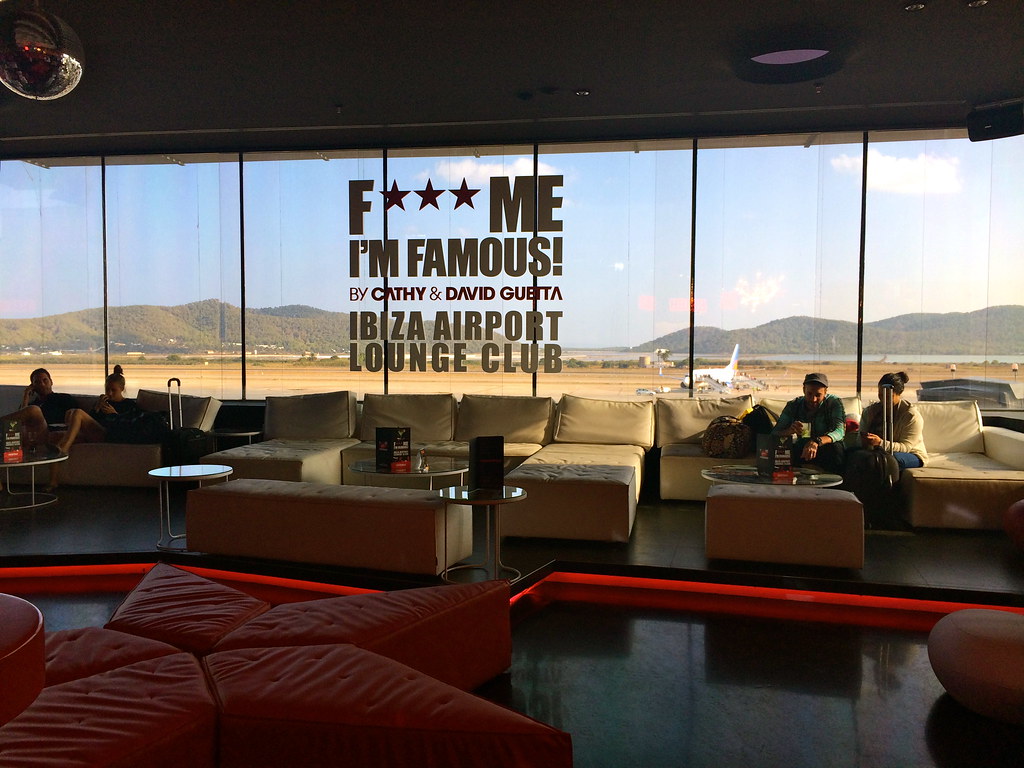 A busy holiday airport particularly during the summer months. Thousands of visitors from across Europe come to enjoy the party island (which also has lots of quieter, family-friendly parts). The small airport has a single runway and terminal. Executive aircraft park on a smaller ramp to the east of the terminal. Walking or driving to the east of the terminal will lead to opportunities of views over the runway and apron down tracks leading from the main road. The best of these is Cami Aeropuerto. Aircraft will also pass overhead the beaches to the east of the airport. The original airport serving the island, and infamously the site of the worst air disaster when two Boeing 747s collided on the runway in March 1977. Once the new Tenerife South airport was opened the same year, this airport saw a decline in flights. Today it is served by a handful of inter-island and European scheduled airlines. A derelict Vickers Viscount is located near the control tower, and the road which runs past it has some views across to the runway. TF-265 runs past the end of runway 30, where it’s possible to pull over and watch aircraft.

I haven’t heard about it Phil. Do you have any links where I can find out more? Would be a real shame if true!
Matt

Don’t forget the Helios in Majorca too. Better views of the airport if you get a room in the 541-551 range – it overlooks the biz apron and has views of 24L.

Thanks, Matt, for this summary. Is it true that the old terminal in Madrid-Barajas where the viewing gallery was replaced by a restaurant still offer some views next to this restaurant from a corridor? Thank you in advance for your help.

Hi Daniel, yes the views were still there in the corridor last time I went, but no restaurant any longer.

I think Aerolineas Argentinas is stopping their flights to Barcelona at the end of this month.

I am a spotter of barcelona and I confirm you that viewpoint is still there, the problem is that Runway 25R is in works so at the moment is not possible seen movements from this viewpoint.
There is another viewpoint at the end of the beach of El Prat from where now you can see the movements of the runways 25L and 02 (Runway normally used at night, now used by day instead of the 25R)

Thanks for that information Victor!