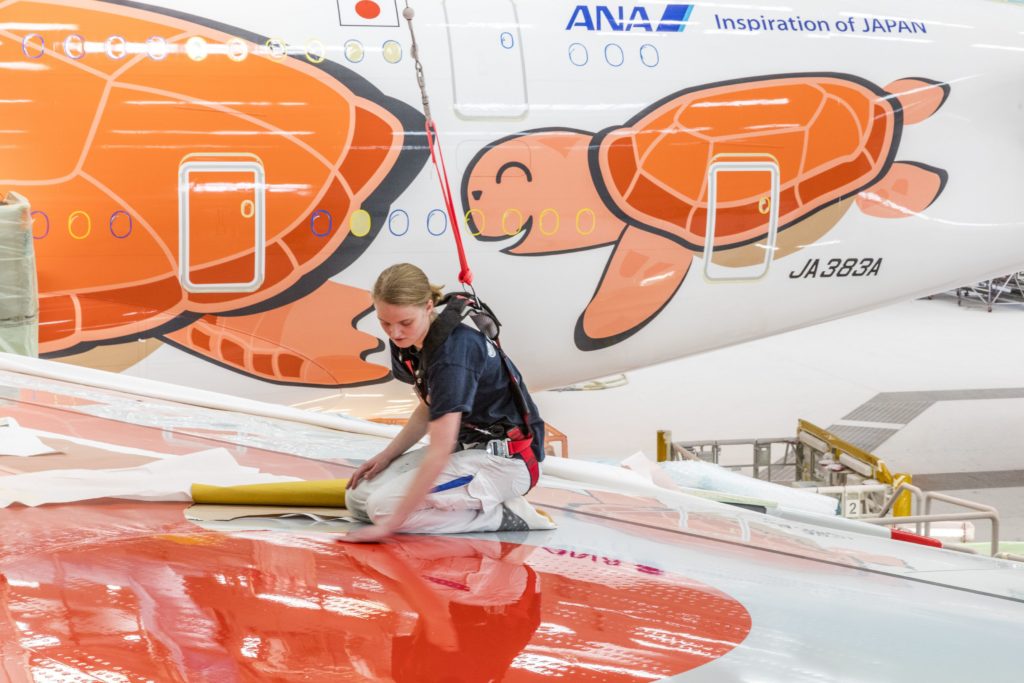 ANA All Nippon Airways has received its third Airbus A380, which it uses primarily on leisure routes from Tokyo Narita, Japan to Honolulu in Hawaii.

Its A380 aircraft have been labelled ‘Flying Honu’ (a Honu is a kind of Hawaiian sea turtle) and painted in unique, colourful liveries. The third aircraft is no exception.

Like the preceding two, ANA’s third A380 is painted in a special livery depicting the Hawaiian Green Sea Turtle. This latest A380’s orange design – inspired by the Hawaiian sunset – was seen for the first time when the aircraft was recently rolled out of Airbus’ paint shop in Hamburg, Germany.

The aircraft is registered JA383A and will be in service soon.