Reading through Graham M Simons’ new book on the history of Britannia Airways recently (read the review here) got us thinking about the fact that you used to see the airline’s Boeing 737-200 fleet everywhere at one point.

In fact, Britannia was the first airline in the UK to introduce the new ‘baby Boeing’, and only the second in Europe after Lufthansa. These new aircraft joined the fleet in 1968 and instantly revolutionised the Inclusive Tour market for holiday flights to Europe where previously, airlines flew tired old piston and early turboprop airliners.

How many 737s did Britannia Operate? 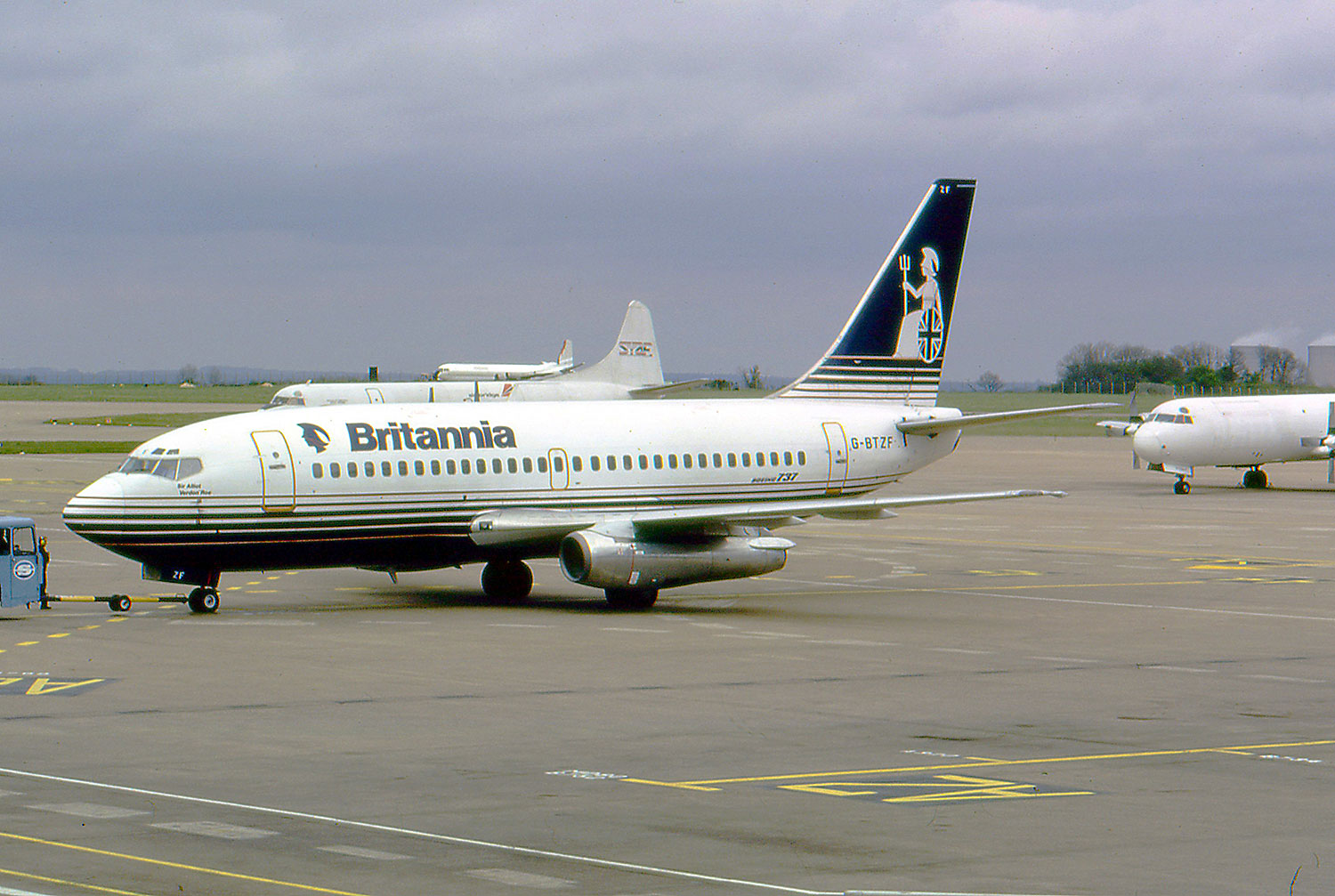 Incredibly, Britannia Airways operated a total of 86 different Boeing 737s over the course of its existence.

Some of this number were only temporary leases from other airlines.

The majority of these were the 70 Boeing 737-200s that were in the fleet. These could be seen all over Europe, flying out of the UK’s regional airports carrying holidaymakers to the sun and the ski resorts. 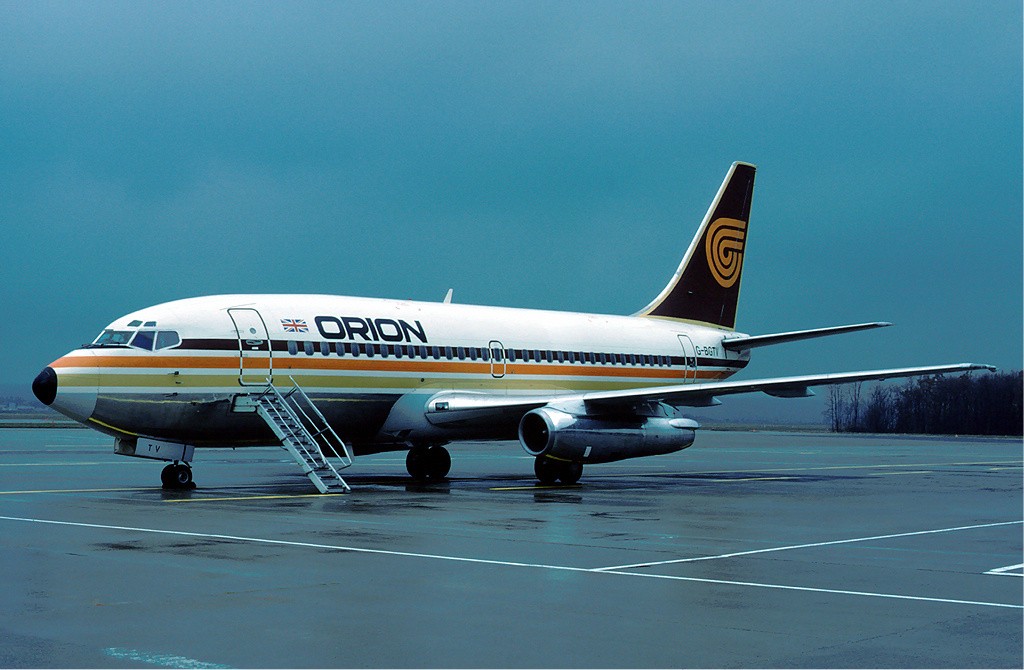 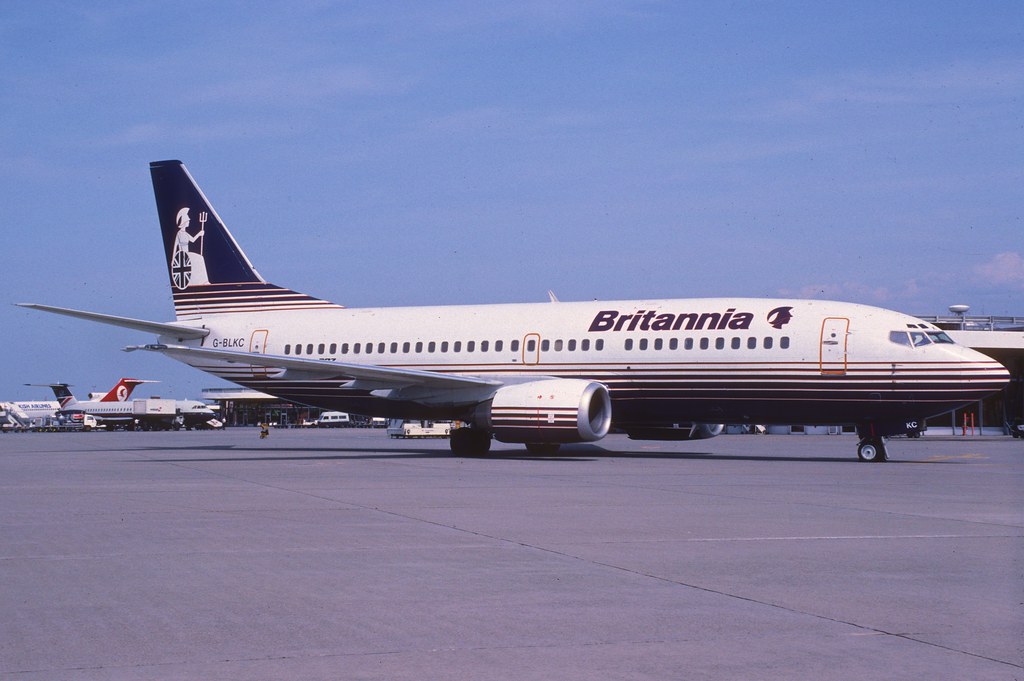 When Britannia acquired Orion Airways in 1988 it took on a number of extra 737-200s, and also added its first -300s. These four aircraft did not last for long with Britannia, but did fly in the airline’s livery for a while. They were:

Four were sold on to Morris Air in the United States, while G-BLKD was sold to Aloha Airlines. All ended their lives flying for Southwest Airlines. 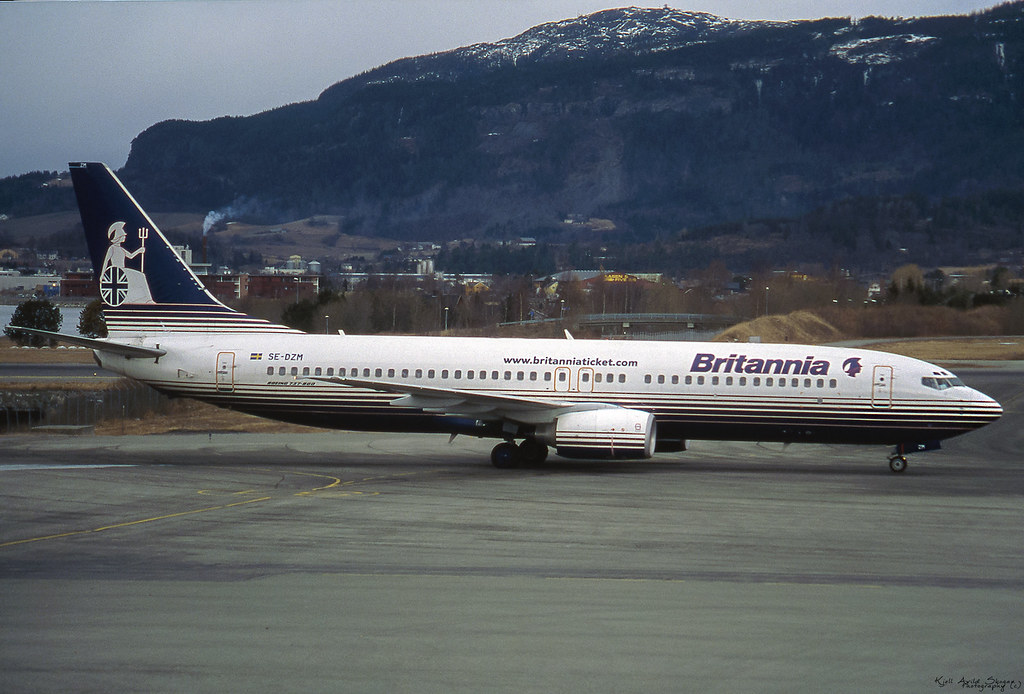 Later in its life, Britannia also took on a number of 737-800s, before it transitioned into Thomson Airways, and now TUI. Most of these flew for different parts of the Britannia family in Sweden and the Netherlands, and all moved on to other carriers like El Al.

What happened to Britannia’s 737s? 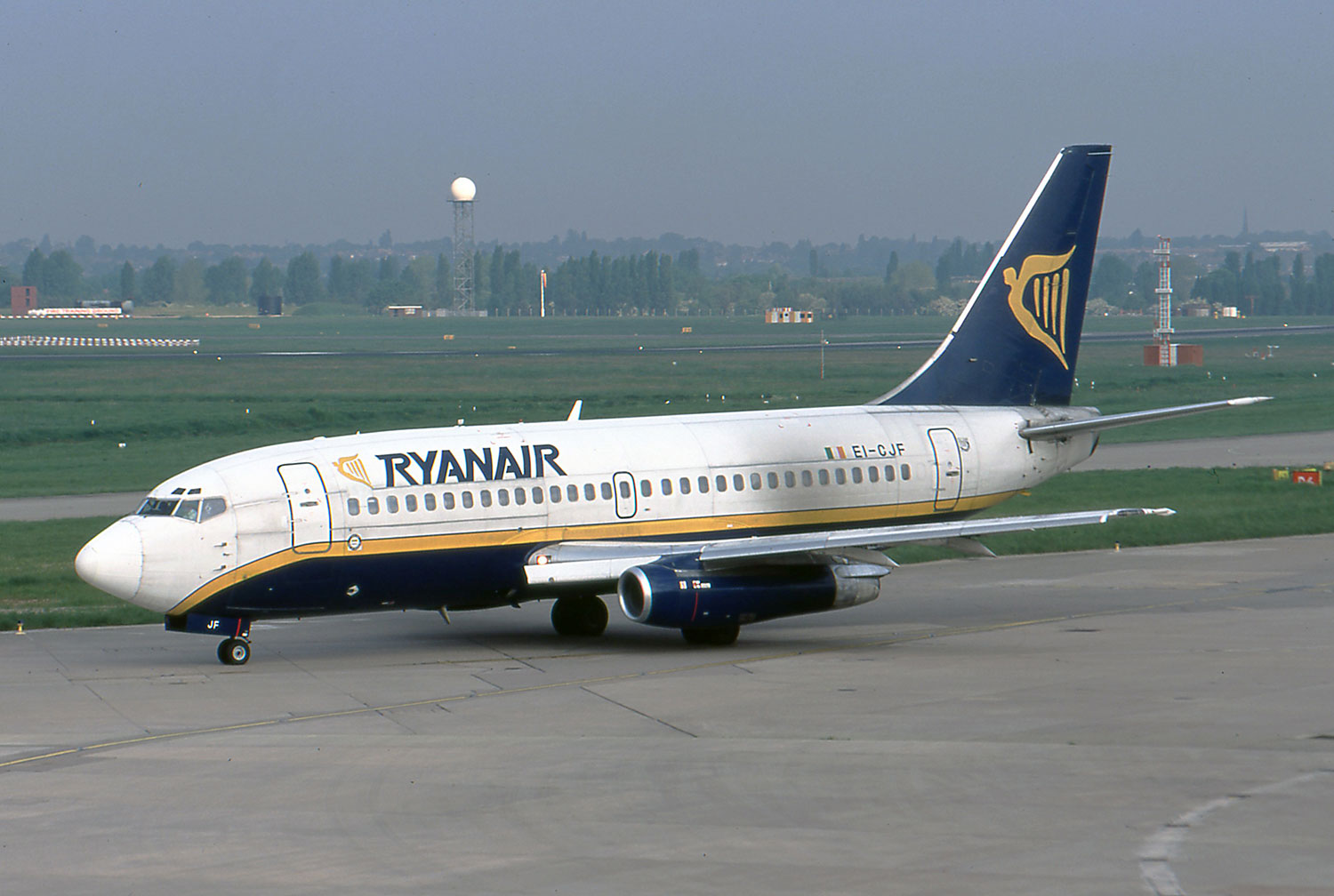 Britannia’s huge Boeing 737-200 fleet was quite fluid. With some being leased in, they didn’t last long, and some of the earlier aircraft were sold on in the 1970s.

The very first of Britannia’s 737 aircraft, G-AVRL, ended up flying for America West Airlines as N197AW. Parts of it may still survive in El Mirage, CA, after being broken up.

Of the 737-200s still active in the mid-1990s when Britannia decided to retire its fleet, most were sold on to Ryanair – an Irish airline which was making the transition into a low-cost carrier with an aggressive expansion plan. These aircraft allowed Ryanair to establish a number of bases in Ireland, the UK and Europe with widespread route networks.

Ryanair would keep the former Britannia 737-200s into the late 2000s, and some even went on to other carriers. 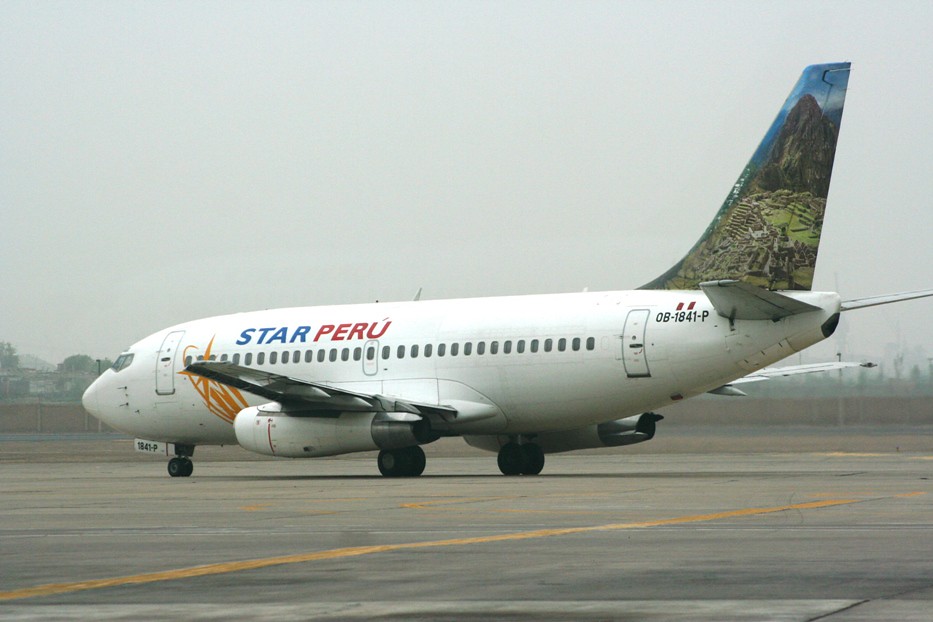 I flew on one of these with Star Peru in 2009 on a flight between Lima and Cuzco. This aircraft was previously EI-CJG with Ryanair, and G-BGYK with Britannia.

Sadly none of the former Britannia 737-200s are still flying, however some are existent as stored and retired airframes.

One, formerly G-BADP, is now preserved as a bar in Santiago de Chile. It most recently flew as CC-CSH with LAN Airlines.

Have you seen a former Britannia 737 recently? Did you ever fly on one? Leave a comment below.

One Of The First Aircraft I Went On was a 737 and brtannia Airways. i was only young. i am now 56 and work for Airbus, building the wings for the A320 which is probably the 737 equivalent.

For many years they also had a contract with the British Ministry of Defence to fly military personnel between the UK and Germany five days a week. The contract averaged two or three flights a day and included a once a week flight to Berlin and one to Gibraltar.

Flew on a lot of the 200 series..very cramped..legs around your ears.
But its another great airline with a variety or deliveries and a nice mix of 737 versions that has gone for good.
Pity