Remember when every aviation enthusiast seemed to be making the journey to Iran to fly on the world’s last passenger Boeing 707s?

It was a real novelty to find such an aircraft flying into the 2000s, and I’m really jealous of everyone who did it, because I never did!

Then, in 2013 the airline retired the type from service and it was no longer possible to fly on the 707 (unless you had access to one of the military, government or cargo examples still flying).

Just to remind you what it was like, here’s a video clip of a take-off and landing in a Saha Air Boeing 707 https://www.youtube.com/watch?v=aco9nkLDxJs

So what happened to these aircraft once they were retired? 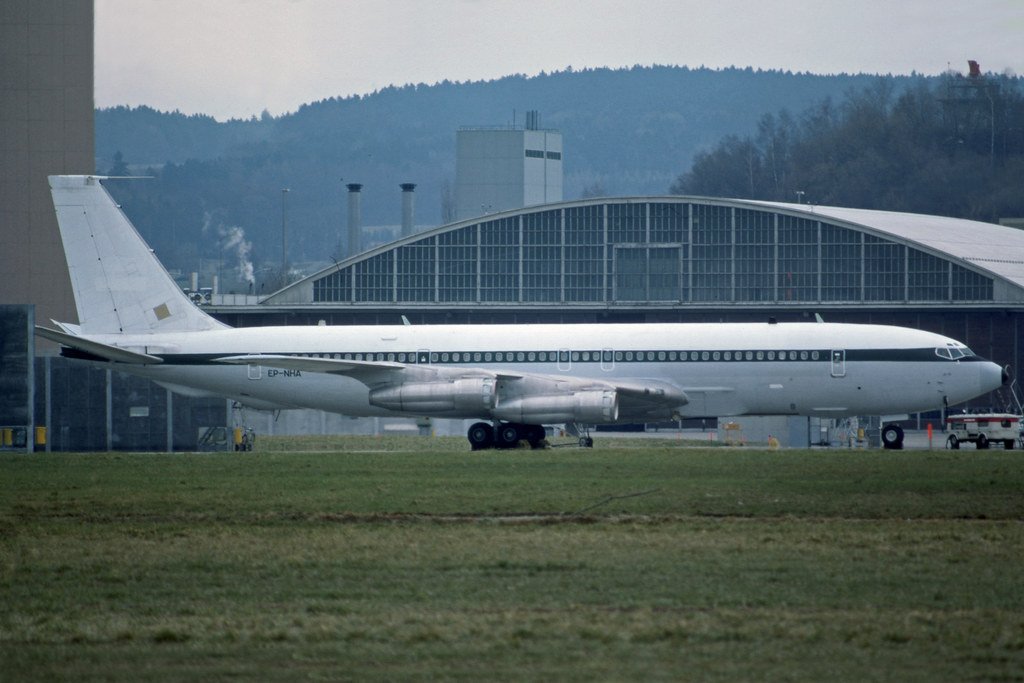 Saha Air operated 14 Boeing 707s in total (many of which were purely used in military and government transport roles, flown by the Iranian Air Force) and, following their retirement from passenger duties they seem to have been parked up at Tehran’s Mehrabad airport.

One aircraft crashed in 2005, but its hulk was still visible for a while and may still be present.

The final aircraft in passenger duties were EP-SHE, EP-SHG and EP-SHU. In recent reports, all were still present at Tehran among the other examples sporadically operated by the Air Force and government. 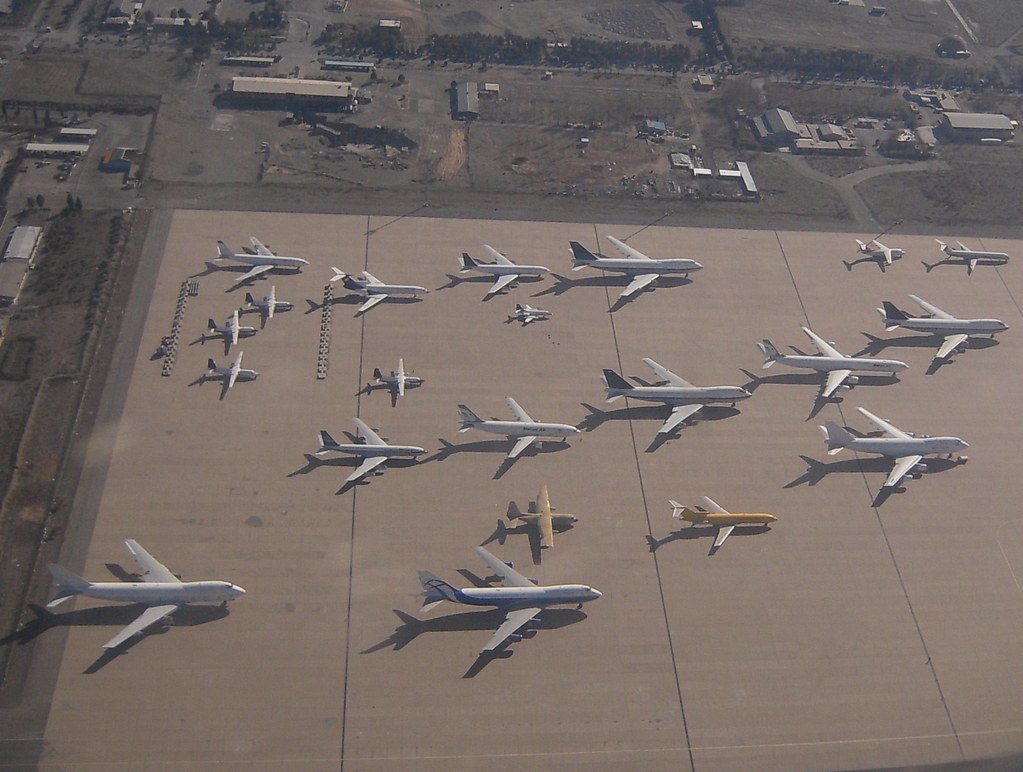 Who still flies the Boeing 707? Aside from the large fleets of military tanker variants flown by the US Air Force, which were all developed from the 707, there are very few other examples still flying.

Various air forces and navies around the world still have variants in their fleets, including Chile, France, India, Israel, Spain and Venezuela.

Then there’s the unusual ‘AWACS’ models with the huge radar dome fitted on top. These are flown b NATO, the United Kingdom, United States and Saudi Arabia.

Some private examples still exist. John Travolta’s immaculate 707-138B is one example, however it is soon to be flown to retirement in Australia.

Another example is N88ZL, which has been stored at Opa Locka, FL, for a number of years.

One seen flying fairly regularly is 9Q-CLK, a 707-138B owned by the Republic of Congo. It wears special Boeing-inspired colours, and is the oldest jetliner flying in the world. It has been seen in the USA, but resides mostly in Africa.

Finally, private US company Omega Air Refuelling has two Boeing 707s on its books, operating as tankers on private contracts. Their flying days do seem to be numbered, however. There is a good selection of Boeing 707s (or at least parts of them) preserved in museums around the world.

We put together a guide to this, which you can read here: http://www.airportspotting.com/10-boeing-707s-today/

Do you have any memories of flying on the Saha Air 707s, or any 707s for that matter? Leave a comment below!

My first long haul flight was by British Caledonian 707 to Washington in 1972. It was so primitive compared to the modern Dreamliner etc but I wouldn’t have missed it for the world.

I remember a Nice-Téhéran via Beyrouth with a 707-320 of Air France. It was in 1974, and I was nine years old. And return two years later with 707 again. It was an unforgettable trip.

American Airlines and Pan American were the 2 carriers I flew in the 707 with. I also flew in the 720 with American and Continental. My longest 707 flight was in August of 1972 on Pan Am from Ankara(ESB) to JFK with stops in Istanbul, Rome, and Paris(ORY).

My first B707 flight was on 12/8/1968 AER LINGUS SNN/JFK and last one 10/83 with AIR NIUGINI POM/SYD .In total have flown 25 sectors in the 707 including with BOAC and good old PANAM.
Managed 4 jumpseat trips out of that total as well…brilliant.
Still have the USAF ones in Perth from time to time.

I’ve been lucky enough to have flown on two 707’s, one a Laker Airways aircraft from London Gatwick to New York JFK, which I think was mid to late 1970’s and a specially chartered Air Seychelles 707 from London Gatwick to Newquay in Cornwall for the (1989?) St Mawgan air show. I vividly remember the Air Seychelles 707 making a (very) low fly-past down the runway on arrival into Newquay! If memory serves me correctly this 707 had just been withdrawn from the Air Seychelles fleet.

The B707 is my all time favorite. I have flown it (7) times with Iraqi Airways in the best of times of the airline in the 1970s. An awesome plane that I miss.

I was lucky enough to fly on several 707s between NY and Europe with TWA and Pan Am both my favorite airlines ever.
Back in the mid 1960s for $6 I was able to fly just for the flight between JFK and Hartford CT on TWA, In 1965 I also
flew BOAC from JFK to Nassau on their 707. In 1966 I flew Varig round trip from JFK to Rio. I was only 18 and flying alone.
Shortly before takeoff the stewardess (yes not being sexist, that’s what they were called) upgraded me to first class and after dinner and
a nice sleep she told me the captain would like to show me the cockpit. I actually sat in the cockpit as we flew over the Amazon river at dawn. But my best memory of the 707 was a morning flight on Christmas eve 1970
when I flew Qantas from JFK to London on their 707. The following summer I flew a Japan Airlines 707 from JFK to London
and set a speed record for me on that route of 5 hours 40 minutes air time. Over the years around this time I flew 707s of
American Airlines, El Al, Lufthansa and others. It was and is still my favorite plane.

Amazing Howard! Some incredible flights in your log book.