Spencer Bennett takes a look at places where you can still see Boeing 747s operating regularly in the UK today.

As has been widely reported, and to the dismay of most enthusiasts, the Covid pandemic has shortened the lifespan of the iconic Boeing 747, and seeing an active 747 is now, unthinkably, becoming rare.

Passenger 747 operations are limited globally to the three airlines flying the newest 747-8i variant, which are Lufthansa, Air China and Korean Air, plus a handful of airlines still operating the 747-400 including Rossiya from Russia, Mahan Air of Iran, Atlas Air in the USA.

However, all is not lost as there are still opportunities to see this majestic aircraft in active service in the United Kingdom, in the form of dedicated freighter aircraft. This article gives a guide as to where they can still be seen. 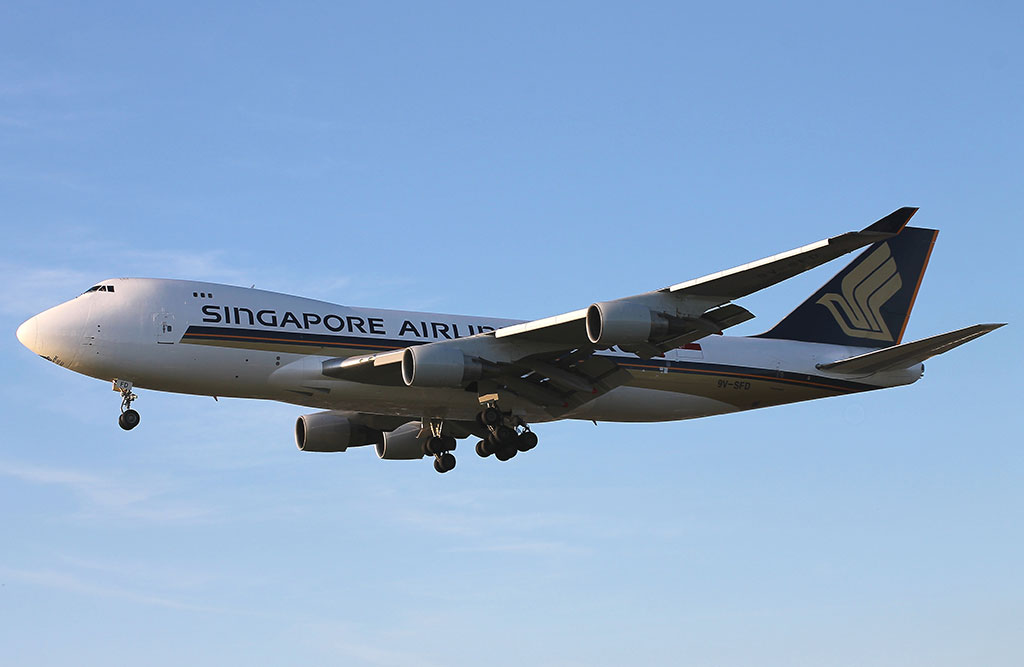 If any airport was synonymous with the Boeing 747 it is surely London Heathrow. From the 1970’s right through to the last decade, Heathrow was simply 747 heaven with examples from all corners of the world operating regular scheduled services. 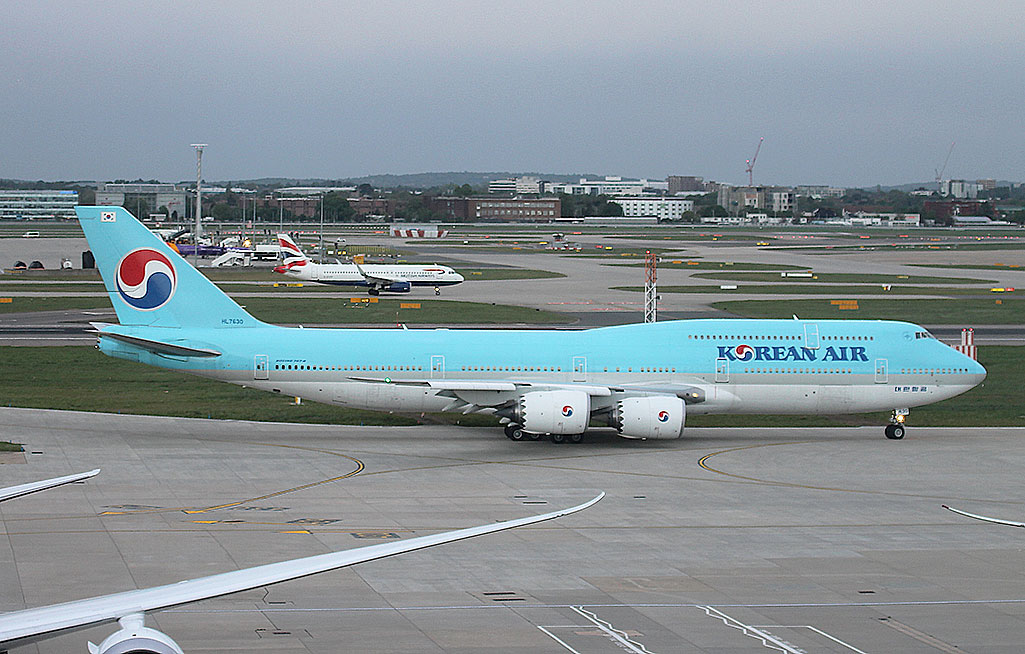 Pre-covid, Korean Air did operate passenger flights with their 747-8i aircraft but currently this flight is operated by 777-300 aircraft, and it’s unclear whether the 747-8i will be planned to operate this service in the future. The airline’s cargo division, Korean Air Cargo, does operate a mixture of 747-400F and 747-800F aircraft on their Wednesday afternoon service from Seoul via Frankfurt.

Cathay Pacific Cargo operates a mixture of 747-400F and 747-800F freighters into Heathrow twice a week with flights arriving on Fridays and Sundays afternoons. 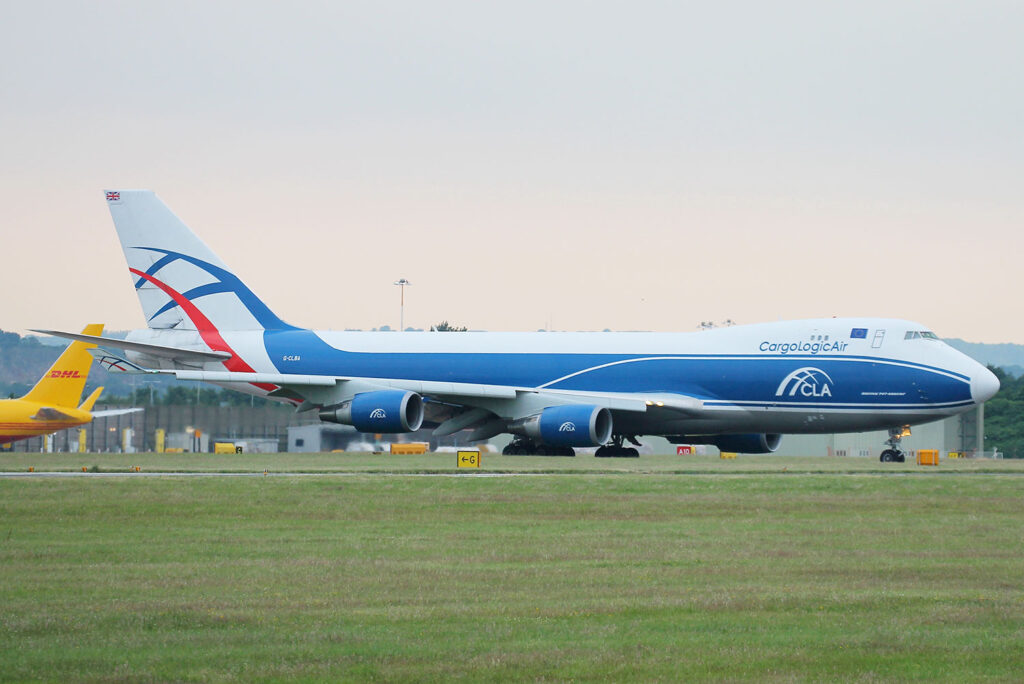 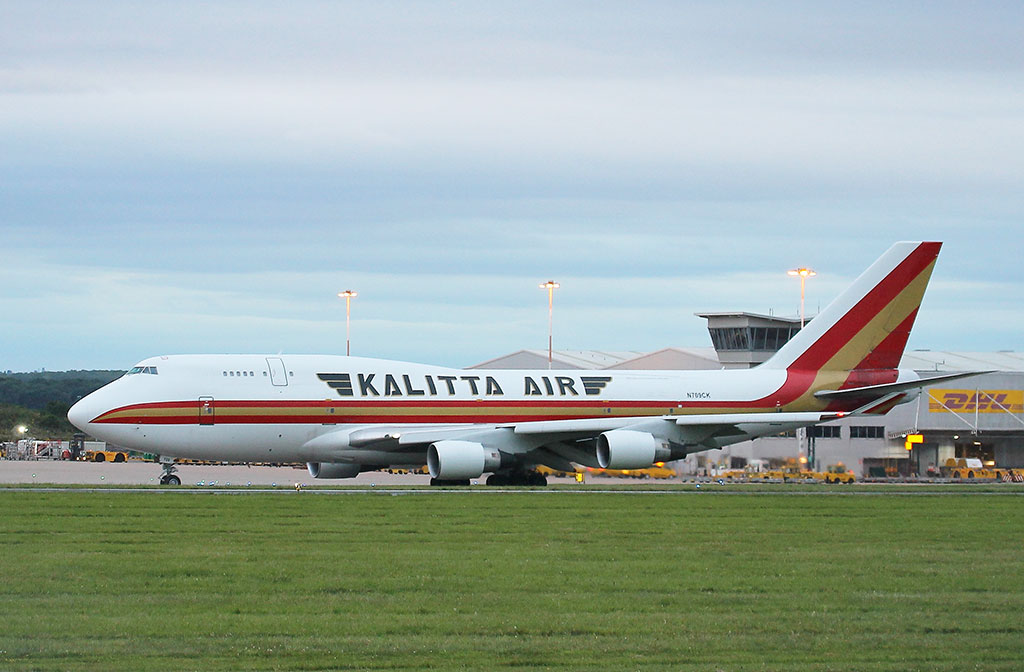 Most weekdays sees 747-400F aircraft of Kalitta and Cargologic arriving and departing to other DHL hubs such as Leipzig and Cincinatti or Los Angeles.

AirBridgeCargo have been operating a once-weekly flight from Hong Kong via Krasnoryask on behalf of DHL utilising a 747-800F on a Sunday afternoon.

The airport often sees 747 freight charters from other airlines – especially in connection with Formula 1 races – with aircraft from Cargolux and Silkway amongst others paying visits. 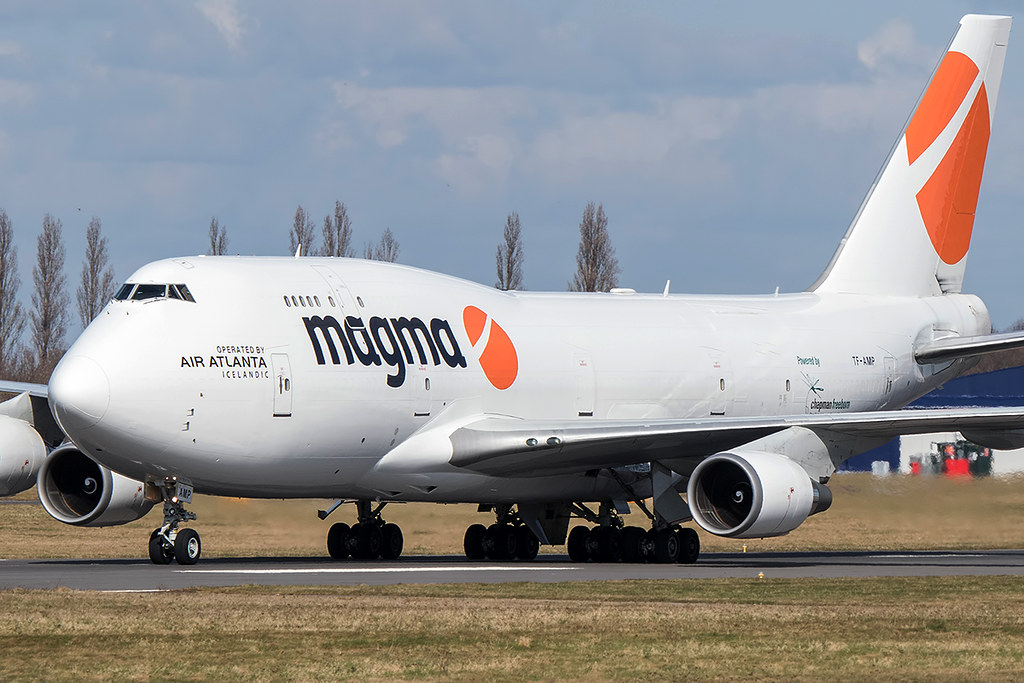 This one-time RAF base has utilised its long runway and low turn-around charges to attract a good number of cargo flights and the airport see’s regular flights from Air Atlanta Icelandic 747-400 aircraft flying for Magma Aviation and Astral Aviation although not to a fixed schedule.

The airport often handles ad hoc charter flights and aircraft from Silkway, AirBridgeCargo, Cargologic, Saudia Cargo and others. With some luck or information in advance you might just catch them on a visit. 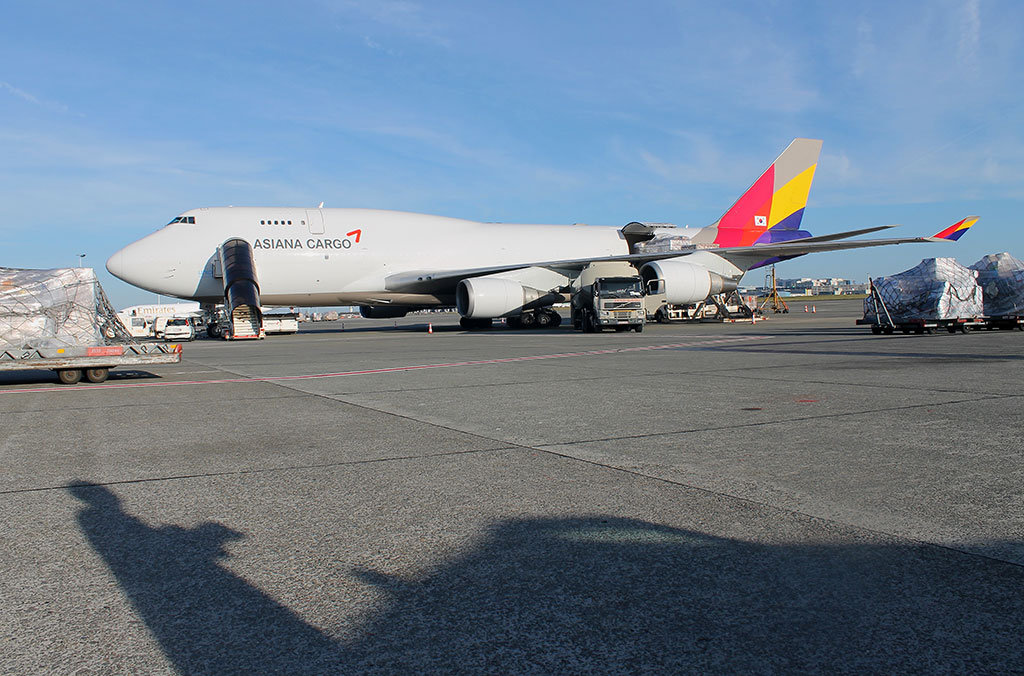 For a number of years now, Asiana Cargo of Korea has operated a scheduled 747-400F flight from Incheon in Seoul to Stansted twice weekly, with arrivals on Thursday and Sunday afternoons. 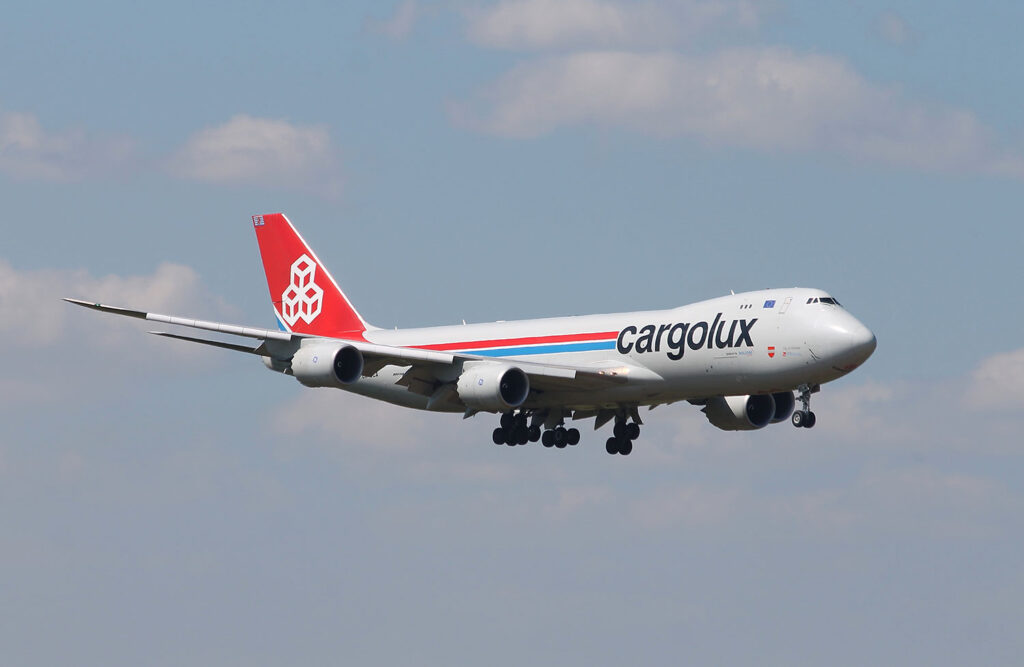 Other airports in the UK have no scheduled 747 service although may handle ad hoc charters on occasions.