Where to see the Vulcan 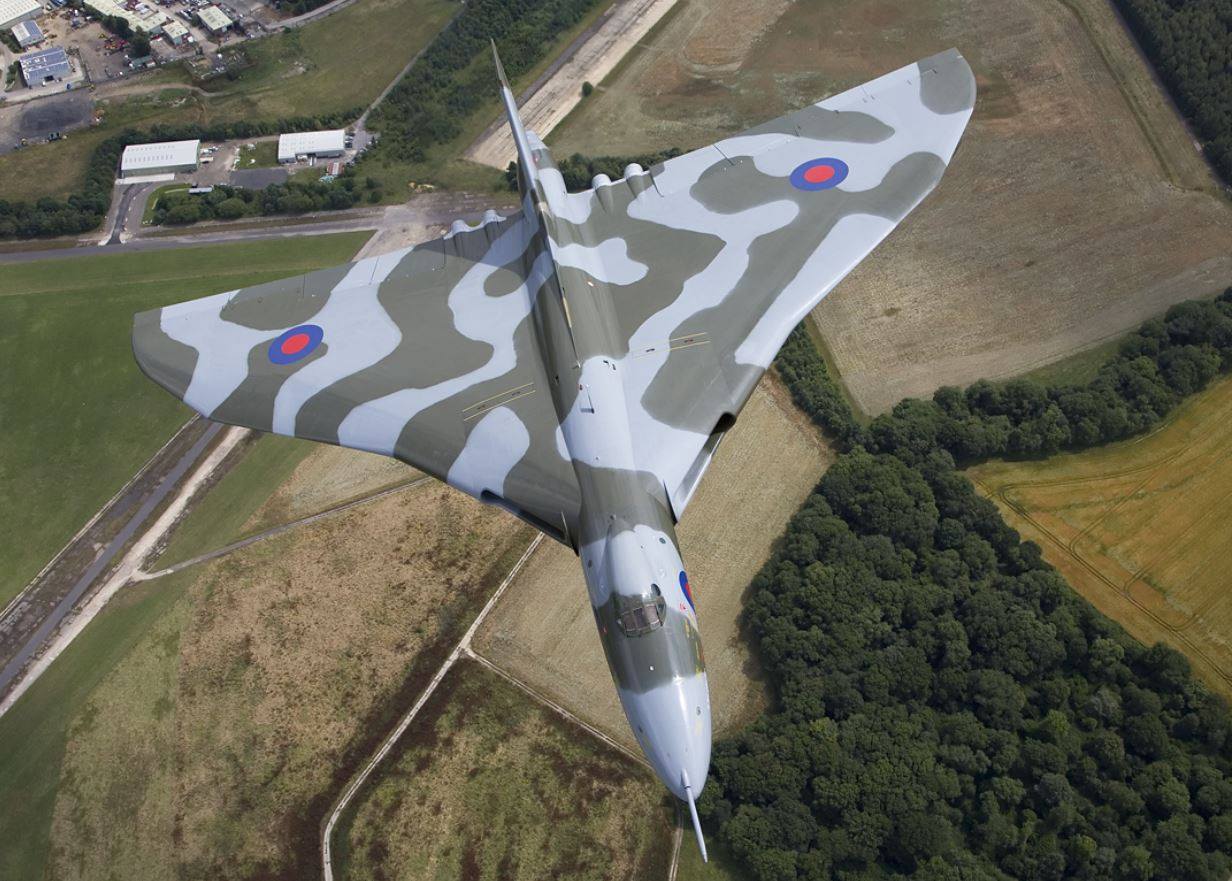 Bear with me… this is going to be a slight departure from the usual focus of this site on airports and commercial aviation. I hope you will still read it!

I’ve always had a soft spot for the Avro Vulcan heavy bomber. I remember seeing them flying a lot in the 1980s, and have loved the fact that a last airworthy example has remained in flight for the past few years, performing at airshows all over the UK.

But the inevitable is now happening – the type is being retired from flight forever this month.

Surprisingly there are a number of Vulcans that you can still visit and see, and some of them are even kept in ‘working’ condition, if not actually flyable. So I thought I’d put together a list of where to see the Vulcan if you happen to be missing seeing it in the skies. The last airworthy example will retire to its base at Doncaster Sheffield Airport in northern England. Its hangar is being turned into a visitor experience and a working trust that will train young engineers to work on aircraft. Vulcan to the Sky Trust website,where you can donate to their excellent work.

This Vulcan will remain in ‘live’ condition and still taxi on occasion. But it will sadly be grounded.

Another complete example which has been restored into fantastic condition over the past couple of decades by the 655 Maintenance & Preservation Society. She is now capable of fast taxis. Unfortunately the future of Wellesbourne Mountford airfield is in doubt, so the future of this Vulcan is not entirely certain. As a regular volunteer at this museum, I see XL319 a lot. It flew into what was once Sunderland Airport in 1983 and took up residence in the new museum. It is still there, complete, and you can often go inside the cockpit. Museum website.

A significant part of the collection at the RAF Museum in Hendon is XL318. It is complete, but has been reassembled following delivery to the museum. Museum website.

This is another Vulcan that was kept in working order following retirement. It was fully decommissioned for a time, but has recently been returned to power by the Vulcan Restoration Trust and it is often opened to the public.

The airfield at Woodford, near Manchester, has recently been demolished for redevelopment. But a huge white Vulcan still sits on the site. There is a proposal to build a new museum around this aircraft, which is the only Vulcan to wear the original all-white colour scheme.

One of the Vulcans which took part in the bombing of the Falkland Islands, XM607 sits as a gate guard at its former home of RAF Waddington. It is situated next to the public viewing area and in pretty good condition.

Another complete Vulcan in great condition, and on display at the Newark Air Museum in Lincolnshire, England. It is occasionally opened to the public. Museum website. The only Vulcan to reside in Scotland is XM597, which is at the National Museum of Flight at East Fortune, not too far from Edinburgh. Museum website.

The other RAF Museum in the UK is at Cosford, close to Birmingham. Their Vulcan is XM598, which is displayed inside a hangar. Museum website.

This museum also holds the cockpit section of Vulcan XA893. Displayed outside at this museum on the perimeter of Norwich Airport. Museum website. The only Vulcan in Canada. This one flew across the Atlantic and had a technical problem which grounded it. As a result, it was decided to turn XL361 into a gate guard display to commemorate the RAF’s involvement with Goose Bay Airport. One of three Vulcans preserved in the USA. XM573 is complete and can be seen by visitors to the museum. She arrived here in 1982. Museum website.

This museum is at the Castle AFB in California. Its Vulcan, XM605, arrived in 1981. Museum website. The third Vulcan in America. XM606 is displayed outside at this museum at Barksdale AFB. Museum website.

One of three Vulcans in the English Midlands, XL360 is displayed outside. It is usually open to the public. Museum website.

On display in this compact open-air museum next to the runway at East Midlands Airport, close to Nottingham and Leicester. Museum website.

Finally, XJ823 is tucked away in north-west England, a few miles from the border with Scotland, at Carlisle Airport. Museum website.

In addition to these complete airframes, you can also see part fuselages of Vulcans in the following locations:

Plus a few cockpit sections in private hands.

I hope this has given you some good insight about where to see the Vulcan bomber in all its glory, even though it is now grounded. Go and visit some of these magnificent aircraft and inspect them at close quarters.

Dear Sirs, good evening and congratulations to this wonderful air machine Avro Vulcan which I saw flying during a Exposition in the city of São José dos Campos, Brasil in the year of 1973. It was marvellous.

I was very disappointed when I went on your site to view the last flight of the AVRO Vulcan and I was presented with a request for payment in spite of the fact that it clearly stated , in a green box, that I should click here to see the free video.
Could you please explain this discrepancy!

Hi Brian. The video is hosted by PlanesTV on Youtube, and not Airport Spotting. It looks like they’ve changed it so that you need to subscribe in order to see it. I’m sorry for the confusion!
You can see this video instead, which is free: https://www.youtube.com/watch?v=TsWl1k4IBD4

I saw the avro Vulcan being test flight in Cheshire when went to school in alderley edge.it 1950s
Regards
W.p.Howley

brilliant article – we’ve just driven over 4000 miles and seen all 3 US-based Vulcans!!! thanks a lot for the detailed info 🙂

That’s fantastic. Glad it was of use!
Matt