Etihad Airways is about to introduce its new fleet of Airbus A350 aircraft into service after a lengthy wait.

The aircraft are the larger A350-1041 variant, featuring a mix of Business and Economy cabins, with no First Class offered, having taken a step back from this offering on many of its aircraft.

The aircraft were actually completed and delivered a few years ago, but sat in storage at Bordeaux and elsewhere pending a return to normality following the Covid-19 pandemic, when business justified introducing the type into active service.

The first service to be operated by Etihad’s A350s will be Abu Dhabi to Paris Charles de Gaulle on 31 March 2022. This will be a one-off service.

After the Paris service, the initial schedule will include many regional destinations, presumably as a measure to increase crew familiarity of the new type, before further long-haul destinations are added at a later date. 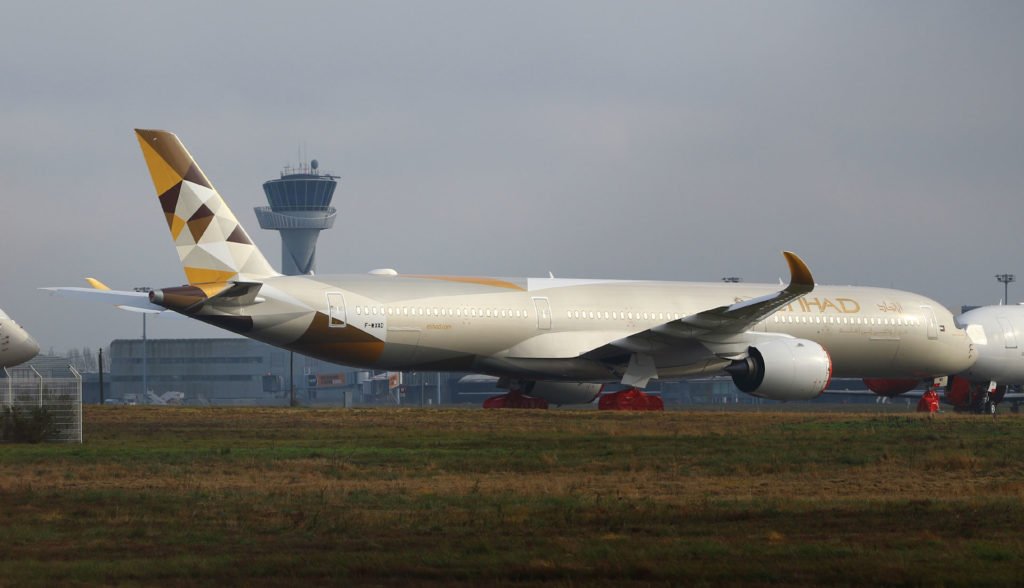 Etihad and the A350F

At the Singapore Airshow, the airline signed a Letter of Intent for seven of the type, which will operate alongside its passenger variants