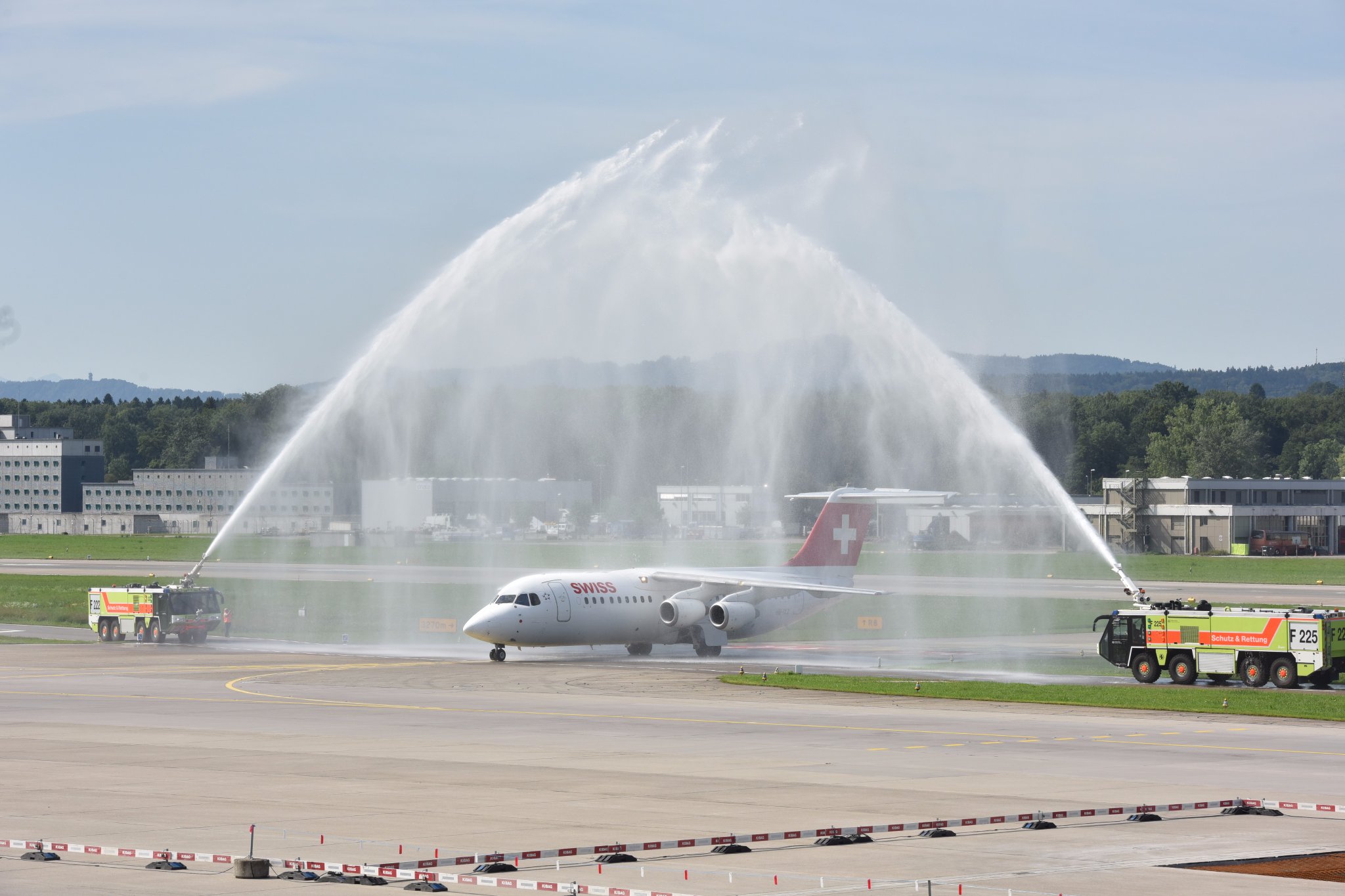 Swiss ended flying with its Avro RJ100 airliners on 16 August following a special round-trip flight to mark the occasion.

Flying from Geneva to Zurich, HB-IYZ brought to an end over 27 years of flying the BAe 146 and Avro RJ by the company and its predecessors.

Her final day of commercial flights for Swiss saw HB-IYZ operate round-trips from Zurich to Milan Malpensa, London City (which had become synonymous with the type), and Geneva. LX7545 arrived back at Zurich at 20:15 carrying media, staff and guests.

With the new Bombardier CS100 and CS300 aircraft now flying for Swiss (20 more will be added in 2018 alone), the older RJ100s are being replaced. However, SWISS CEO Thomas Klühr said that demand has been high for the aircraft on the second-hand market, so we will likely see a number of them flying still.

The Avro RJ100 and its smaller version, the Avro RJ85, formed the backbone of the SWISS European fleet since the company was founded in 2002. However, many of the examples, plus older BAe 146 aircraft, had operated for Crossair, the former partner of Swissair, prior to this.

Time to say goodbye to an old friend. Today marked the last flight of our Avro RJ100, HB-IYZ, from Geneva to Zurich, a truly emotional event for many. #GoodbyeAvro #Avrolino #RJ100 #Jumbolino #flyswiss “Making this final landing at our home airport aboard an Avro was a very emotional experience for me! The taking out of service of the Avro aircraft marks the end of an era in the history of aviation in Switzerland” says Michael Weisser, Captain and Avro fleet chief, who performed the flight from Geneva to Zurich with his deputy fleet chief Captain Peter Huber.

Swiss recently started flying its CSeries aircraft into London City, replacing the Avro RJ100s at the city airport with a short runway and steep approach. It was the first airline to do this.

HB-IYZ will operate a number of special charter flights on 19 and 20 August before leaving the fleet.