There’s been a lot of discussion online about the recent changes to Manchester Airport’s Runway Visitor Park (RVP).

As one of the best dedicated spotting locations in the UK, the foresight of Manchester Airport in providing such a facility was loved by enthusiasts as well as locals who wanted somewhere to take the kids and watch the planes.

Even though photography into sun wasn’t great and the car parking could be a bit expensive, it was still an all-round good place to go, with an aviation shop, toilets, cafe/restaurant, preserved airliners, and position right alongside the action.

However, since a new dedicated VIP terminal was announced by the airport, it quickly became apparent that its position was right where the two raised viewing platforms at the RVP were located.

So I thought I’d take a look and see whether the situation was as bad as many have made out. 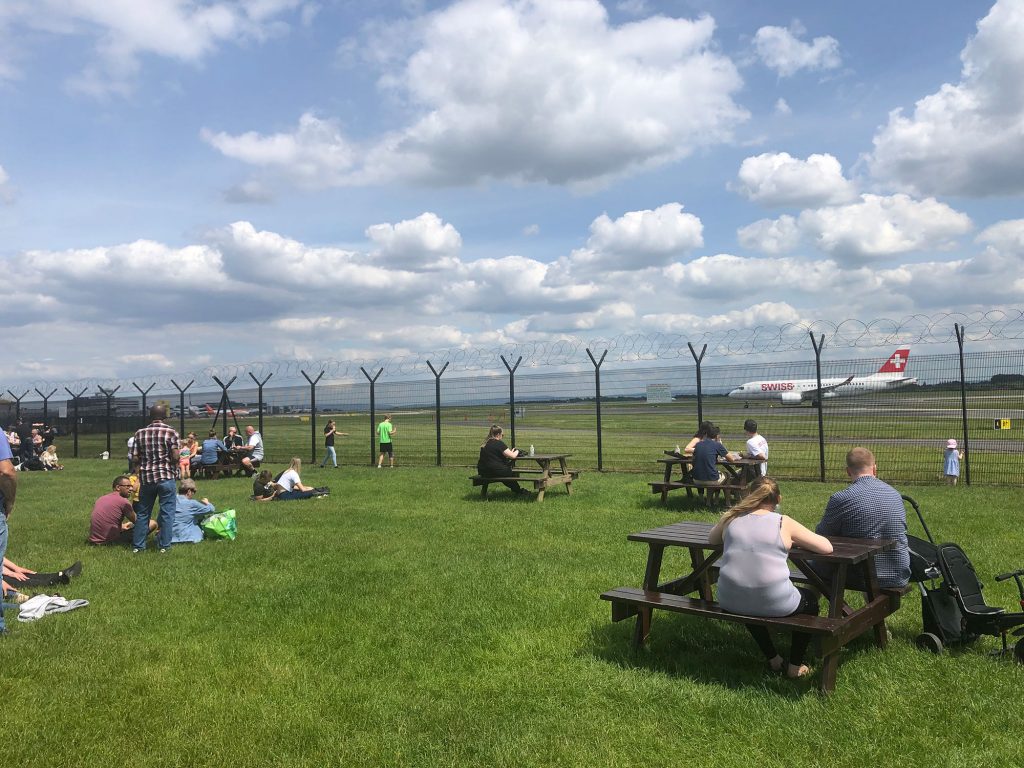 Aside from the two raised mounds and part of the car park, nothing much has been lost at the Runway Visitor Park.

The shop, cafe/restaurant and preserved airliners are still there – including Concorde tours aboard the BA flagship G-BOAC.

I visited on a sunny Saturday, so the car park was quickly full. But there is an overflow car park that can be used. 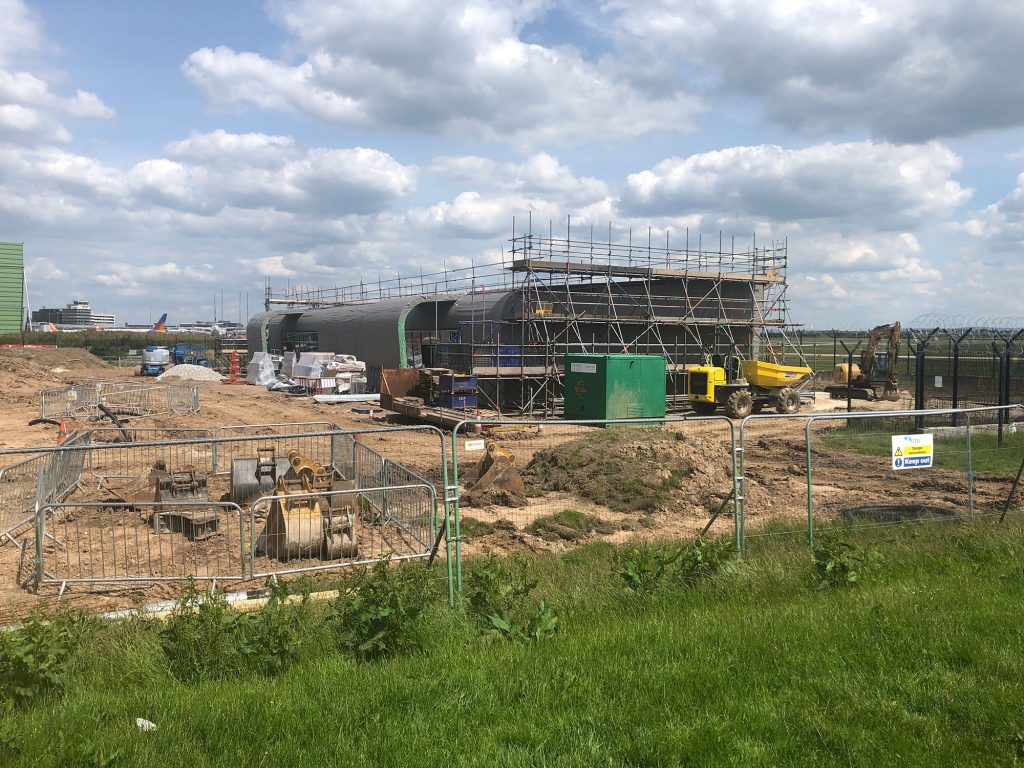 The new VIP terminal was almost structurally complete on my visit (June 2019).

It sits exactly where the two raised mounds once stood, and it surprised me just how small the building is. Presumably there will be separate road access cutting through part of the site once complete. 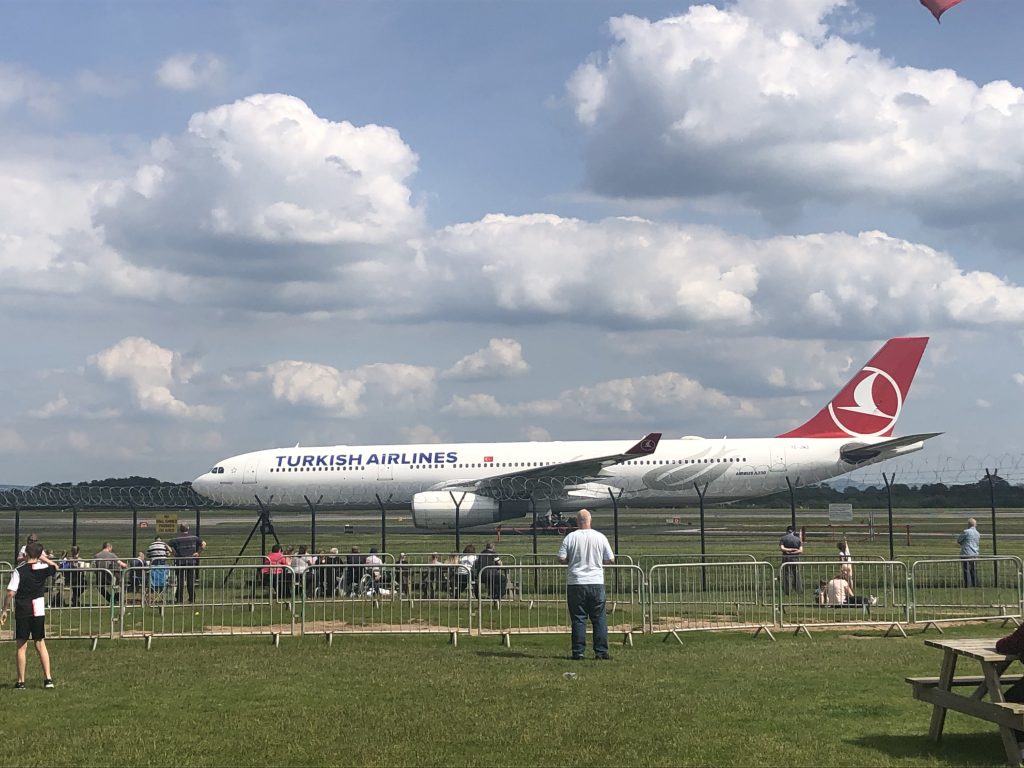 The proximity of the VIP terminal means that you can no longer see the Terminal 1 pier and parts of Terminal 3 that were once visible from the RVP. There’s only the fleeting glimpse of a few tails at the terminal.

Also, the view of the approach and touchdown of runway 23R is now out of sight, so you can only see aircraft once they have already landed and are rolling out.

The original smaller viewing platform is still in place, but this is lower than the fenceline so it’s not great for photography. In fact, that is the major drawback now – unless you have a tall ladder or can position your lens in a gap in the fence, you won’t get any good unobstructed photographs any more.

A small extension is also under construction on this lower platform, which will take it out past the VIP terminal, allowing a slightly better view of the runway.

Having said that, spotting is not a problem. You will not miss a single movement from this location, no matter which runway is in use or which direction is used.

And, as you can see from the photographs, aircraft still pass very close to the RVP when taxiing past – almost close enough to touch! 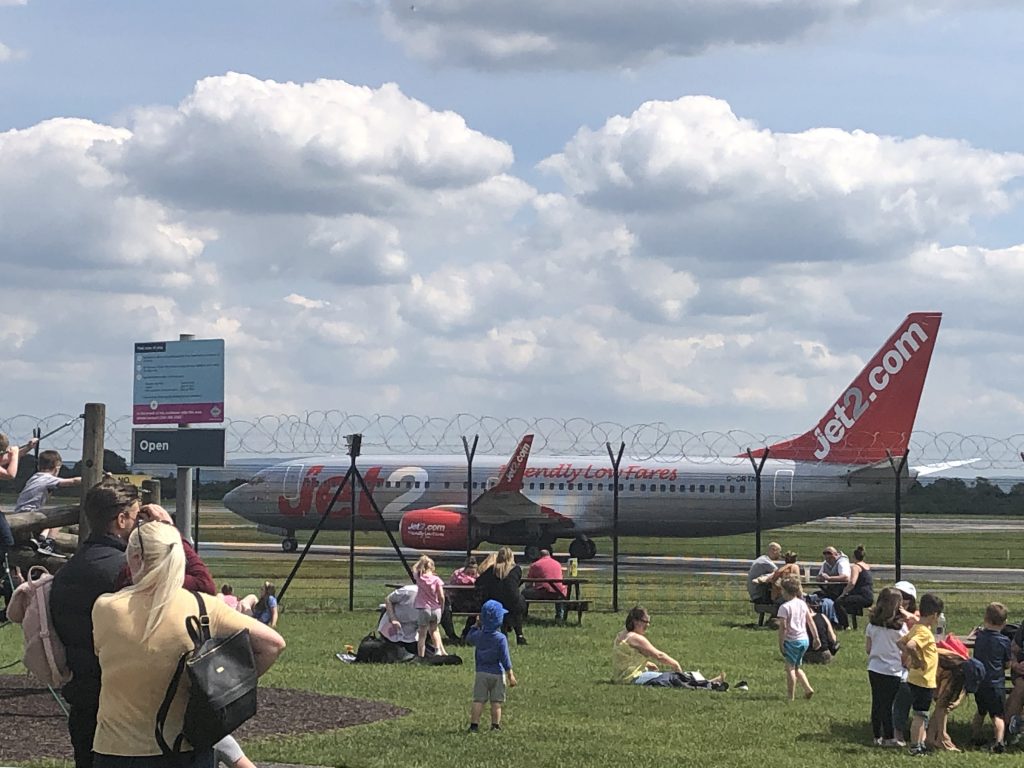 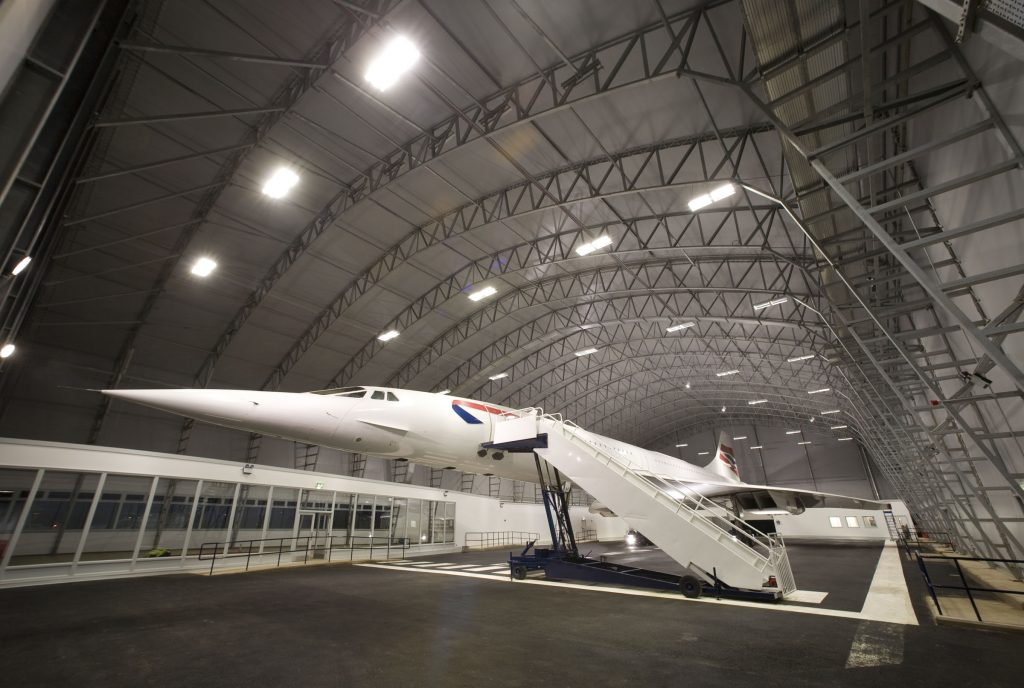 The cost to park at the RVP is still in place, and can be a hindrance. But remember pedestrian and cycle access is free. You can also take the bus from the airport terminals to and from the RVP regularly, saving parking costs.

This is a great little aviation park, and still fun to visit, especially with the well-stocked aviation shop, preserved airliners (Trident 3B, Concorde, Avro RJX, Nimrod, DC-10), and activities for the kids.

The Runway Visitor Park is located at:

If VIP’s are involved it would not surprise me if a solid wall was to be built to keep their privacy. Anywhere biz jets go views appear to deteriorate!

Whilst it may good for the number cruncher,it is useless for photographers,even the small extension to the reaming mound is totally useless due to the fencing that gets in the way.