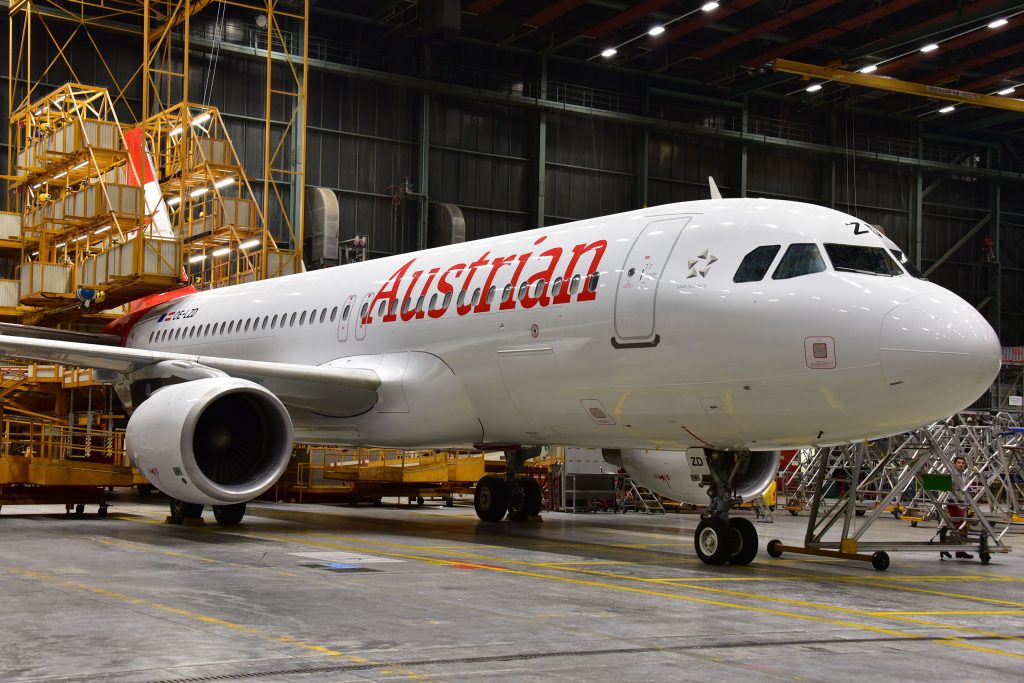 Austrian Airlines has been bolstering its fleet of Airbus A320 aircraft by acquiring various second-hand aircraft. The first aircraft, OE-LZD, is pictured here prior to delivery.

The first four airplanes are currently being modified i.e. the aircraft with the registration OE-LZD is now being concerted by Austrian Technik in Vienna, whereas OE-LZF is still in Jacksonville, USA. Aircraft OE-LZC just landed at Fokker in Woensdrecht, Netherlands over the last few days for remodeling work, and OE-LZE will take off towards the Netherlands in the coming weeks.

The aircraft will be used to replace 18 DHC-8-400 turboprops.