Aircraft enthusiasts head to Florida as one of the best places in the United States for enjoying aviation.

Its big hub airports at Orlando, Miami, Tampa and Fort Lauderdale are great for airliners, and there are a huge number of airfields which thrive on general aviation and flight training.

Florida is also an amazing place for spotting biz jets, which carry private passengers on business, tourism and for major events. Probably the premier biz jet airport in Florida. It acts as a reliever to Fort Lauderdale Hollywood 13 miles to the south.

It has two runways, with a maze of hangars and parking aprons strung along the northern, eastern and southern boundaries. Over 900 aircraft were based at the last count, including many stored aircraft, so it’s worthwhile visiting.

A car is essential to explore all of the parking areas through the perimeter fence. A friendly request to look inside a hangar will often be granted. The airport provides a small viewing area off Perimeter Road/NW 56th St close to the end of runway 09. It has piped ATC broadcasts and picnic benches.

Another good location is the Jet Runway Café off NW 55th Ct. With good food and drink, it has views and photography opportunities across the runway and neighbouring parking areas. 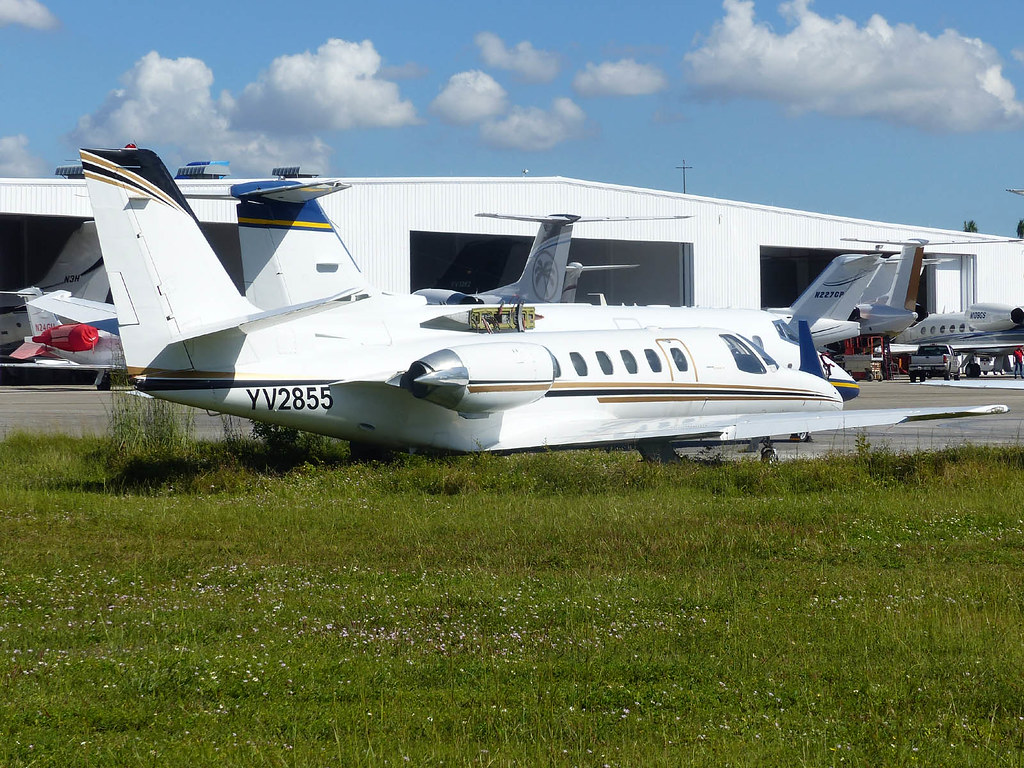 Around seven miles north of Miami International, Opa Locka is an airport which has a mixed civil and military role. The Coast Guard Air Station is based here, and the airport also handles plenty of GA and executive aircraft. For the enthusiast, the main reason to visit is for the many airliners and props to be found stored here, either awaiting scrapping, restoration, or a return to service.

For those with a car, enter the airport on Curtiss St and make your way along the various side roads which lead to the different parking areas and hangars. The stored airliners can be found in the north-eastern part of the airport, whilst general aviation is generally in the southern part. Executive aircraft and maintenance areas are in the west and north of the airport. It is possible to walk around, but allow a couple of hours.

An alternative airport to nearby Tampa. St. Pete-Clearwater has one main runway, 18/36, and a smaller cross runway, 04/22, used mainly by general aviation. The passenger terminal is along the western side of the airport, while to its north and south are aprons used by flight training organisations and fixed base operators. NetJets has a facility alongside runway 14, which swells the biz jets movements.

The terminal itself has a bar on the upstairs level with views across the gates and runway. 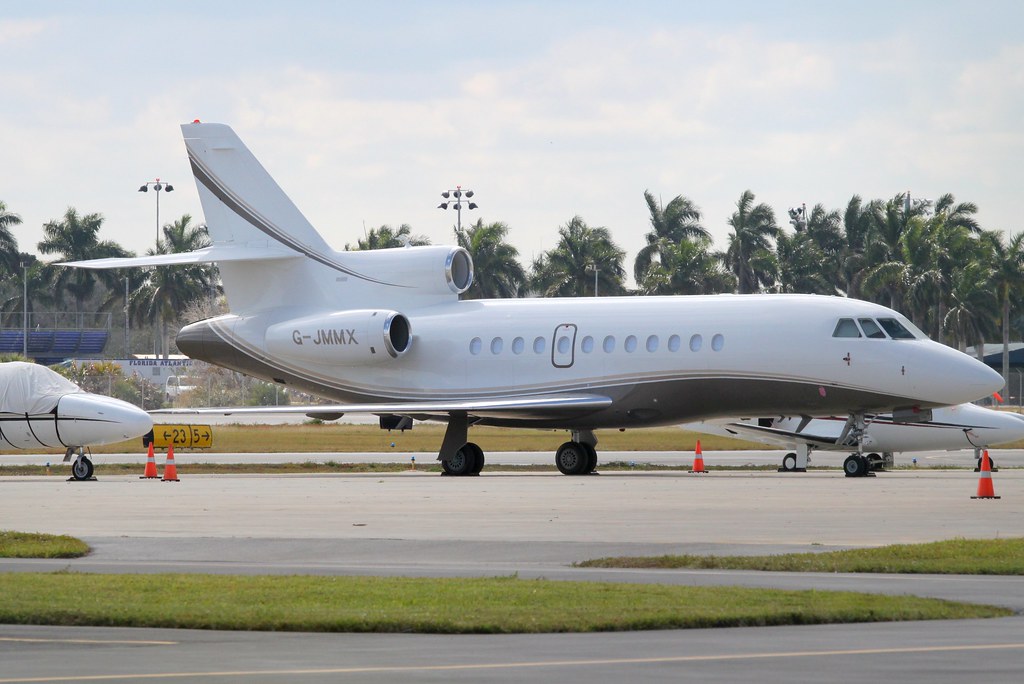 Situated between Fort Lauderdale and Palm Beach. Boca Raton is a single-runway general aviation and training airport hemmed in alongside I-95. There are charter flights for corporate customers, and lots of biz jets are usually present. Try driving along Airport Rd and looking between the hangars. The car park behind the cinema complex further along has a wall overlooking the Signature ramp and hangar.

Too far away from the main cities and resorts to develop into a major hub, Daytona Beach does nevertheless support enough air service from the neighbouring Daytona International Speedway, as well as general tourism. Naturally the airport becomes a hub for executive aircraft around the NASCAR races at the speedway.

The airport layout includes two main runways which cross at right angles, along with a smaller parallel runway to the south used by training aircraft.

An official spotting location exists at Embry-Riddle’s Emil Buehler AMS Center which was recently completed on Aviation Center Pkwy. It has balconies which elevate you above the fence line for good views and photo opportunities of aircraft on approach to runway 25R.

A little further along Aviation Center Pkwy is a dirt area alongside runway 25R which offers good views of aircraft landing and lining up. The fence can make photography difficult without a ladder.

At the western end, alongside runway 07L/25R, is a small cell phone lot off Midway Ave. This is a good place to watch aircraft, but photography is difficult.

A smaller airport to the south-east of Destin – Fort Walton and Eglin AFB, close to downtown Destin. It has commuter flights from Southern Airways Express, and handles lots of training aircraft and biz jets.

You can read off aircraft from the car park outside the terminal, however those parked at Destin Jet are well out of sight behind a residential area and hangars to the north. Not a particularly busy airport, nor one that is easy to get to unless you have made the journey to the southernmost tip of the Florida Keys. The airport serves commuter flights from American Eagle, Delta Connection, Silver Airways and United Express, and has a good amount of biz jet and air taxi traffic.

It is difficult to see anything from the terminal unless you are airside. Most arriving and departing traffic passes over the town, and Hwy 1 at the eastern end (there are no places to pull over).

Government Rd, off Flagler Ave, runs parallel with the runway for part of its length, from where you have views through the bushes across the airport. 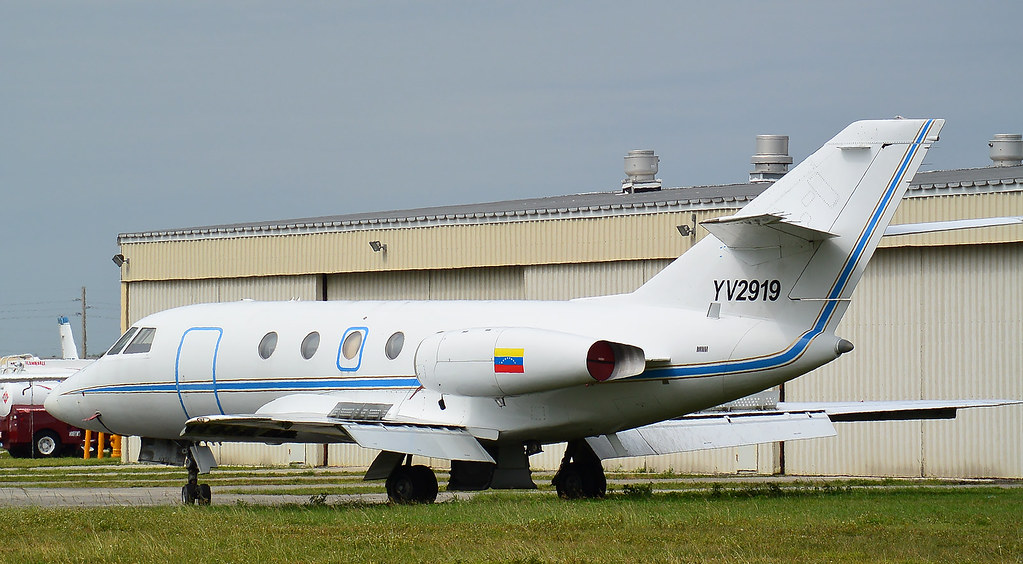 Around 20 miles south of Miami International, this airport has a similar layout and is a thriving executive airport for the city. It is one of the busiest airports in Florida and perfect for logging biz jets.

Because of the many different hangars and parking aprons, it’s best if you have a car and can explore as you progress from the main entrance down the side roads. A request to look inside hangars will often be granted. 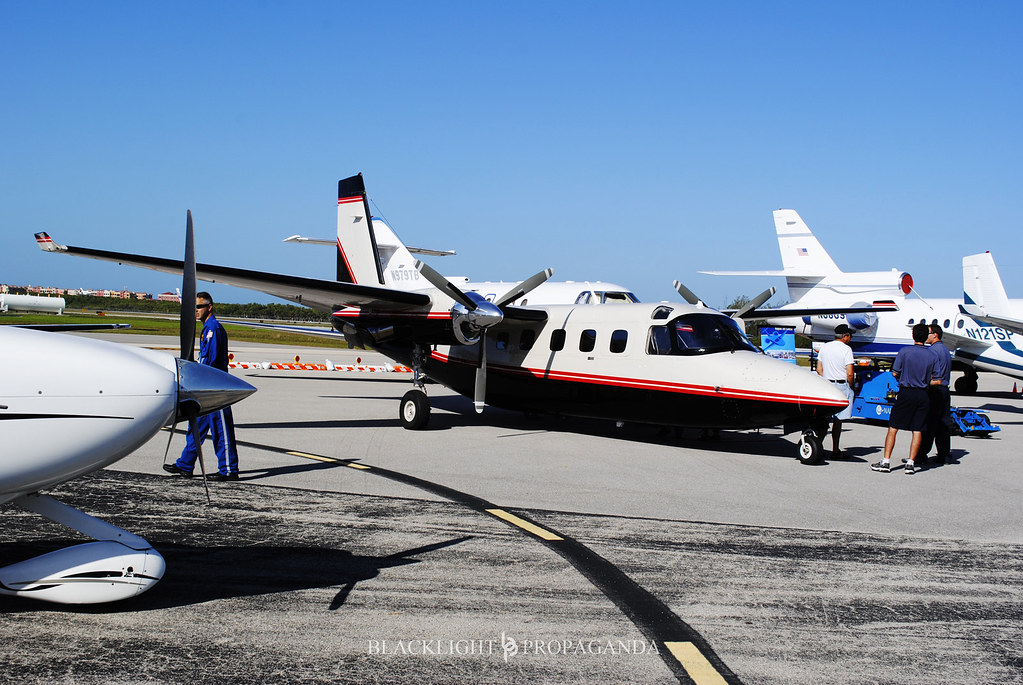 There’s no airline service here anymore, and the terminal is now used by the Naples Museum of Military History, but there are plenty of corporate jets to enjoy at Naples Municipal, reflecting the wealth of the area. This airport has two runways and a large parking apron on the eastern side.

You can see some of the parked biz jets by driving along Aviation Dr on the eastern side. Some spotters also pull off Corporate Flight Dr along the northern edge of the airport to watch aircraft movements through the fence.

The original municipal airport for Orlando, and now a reliever airport handling most of the city’s corporate and general aviation traffic, along with flight training. It is a couple of miles east of downtown, and ten miles north of Orlando International.

The airport has two runways. Most facilities are on the northern and western sides. The Colonel Joe Kittinger Park at the corner of Crystal Lake Dr and South St provides a viewing area alongside the approach to runway 07. From here you can take good approach shots, but aircraft parked on the north side are too distant to see easily.

Livingston St, to the north of the park, is a good place to dip in and out to log some parked aircraft.

Some 70 miles away from Orlando, Melbourne International is fairly quiet as a passenger airport – it sees service from American Eagle, Delta, Elite Airways and Porter Airlines in the winter. However, on the north side of the main runways are a couple of FBOs, and Embraer Phenom and Legacy production facility which are of interest to biz jet spotters.

Other activities include aircraft storage and maintenance (there have been some former Transaero Boeing 747s stored here, and Air Canada aircraft are also maintained), flight training, and a technology park whose tenants include Northrop Grumman.

There is an area of grass next to the fence to the right of the terminal entrance which lets you see aircraft parked at some of the gates, and also those on the adjacent storage and maintenance ramp.

A footpath runs alongside S Apollo Blvd, which passes the end of runway 27L and has distant views across the field. Further along, General Aviation Dr passes the executive parking ramps along the northern perimeter where you can catch occasional glimpses of parked aircraft.

You didn’t include West Palm Beach??

Some good tips and information there, but there is no mention of Palm Beach.
Have you covered this separately previously Matt ?
Has I thought this was Florida’s busiest biz jet field.

No I haven’t, but good shout. West Palm Beach is great for biz!